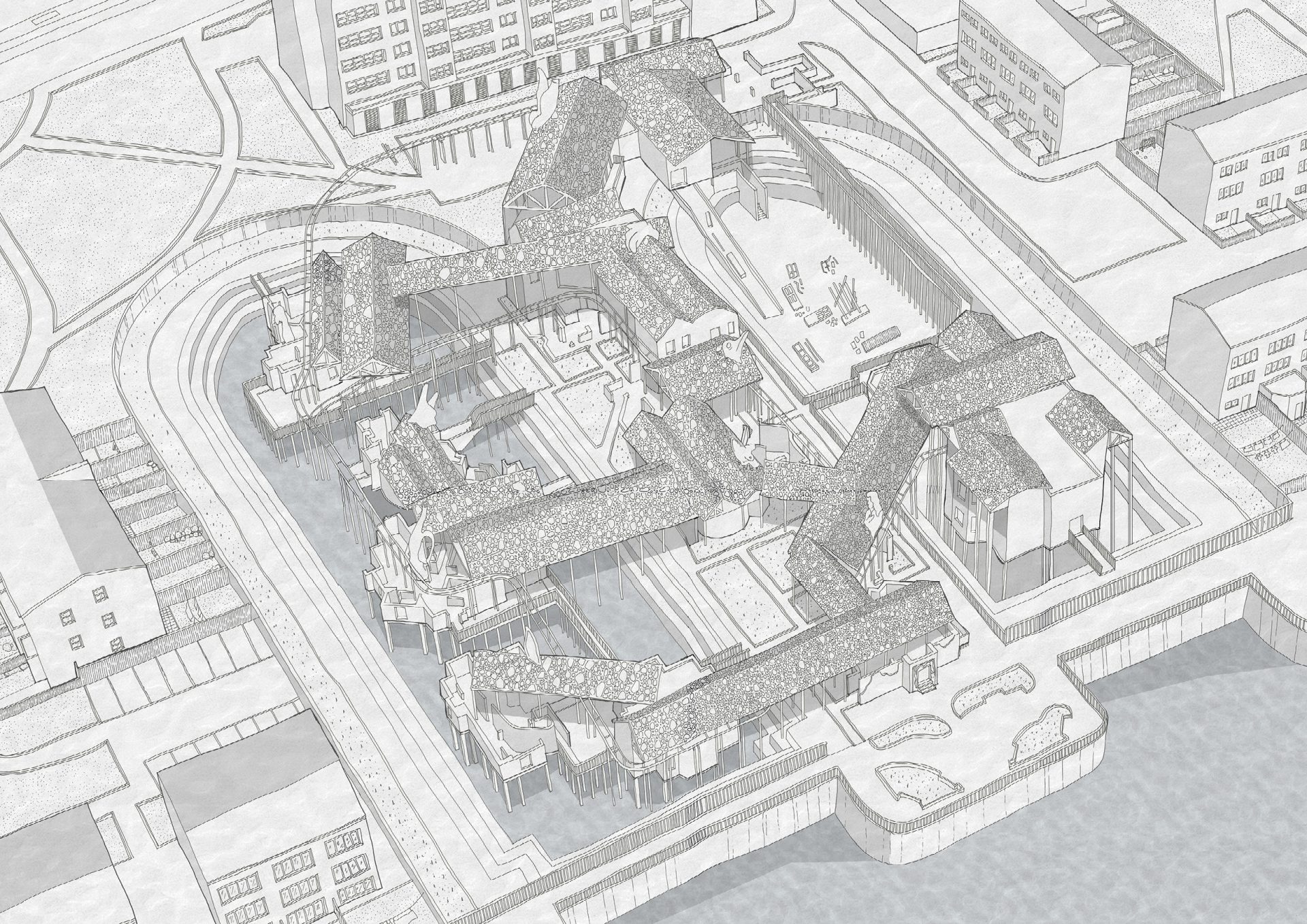 Site axonometric of the proposal in context 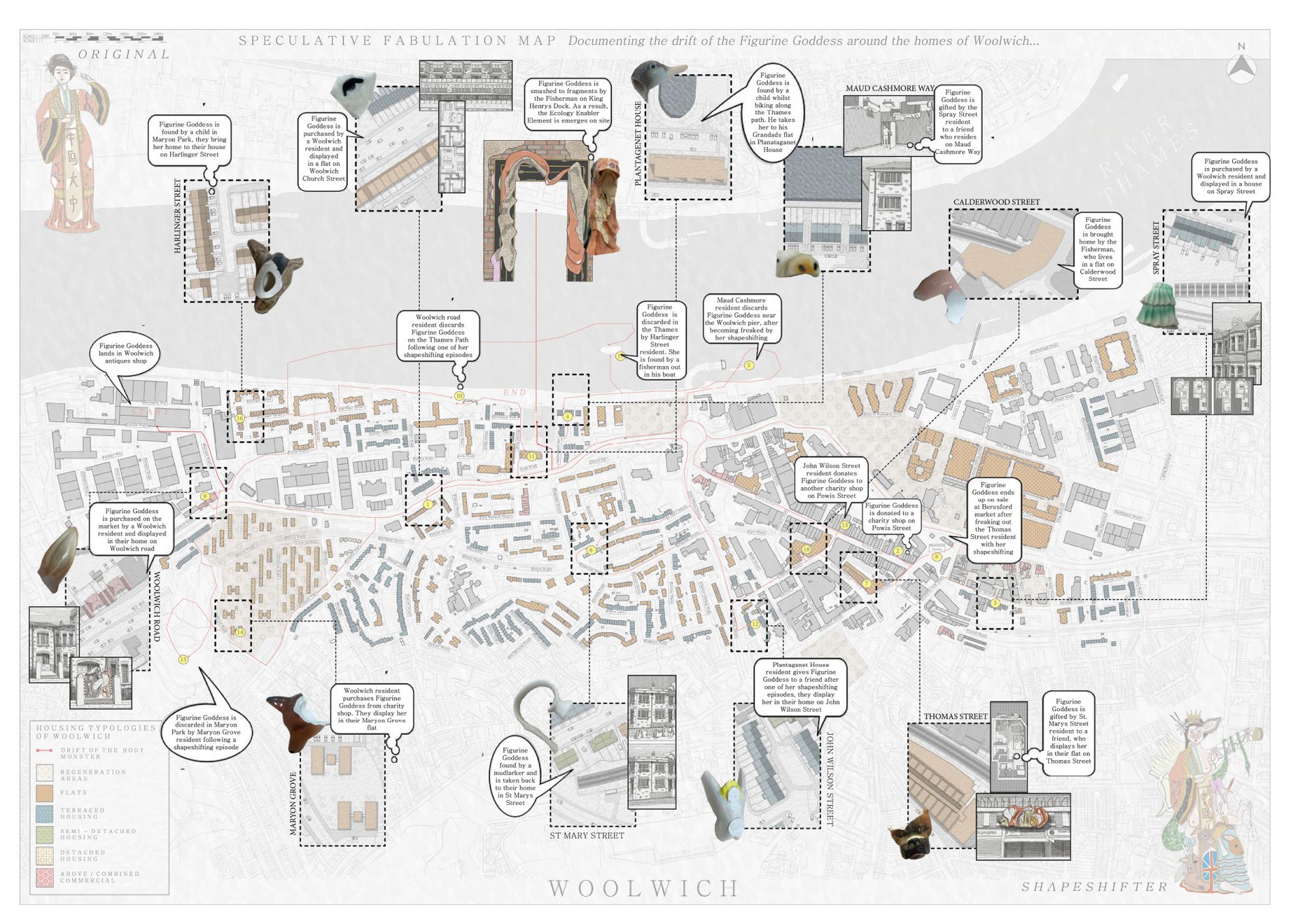 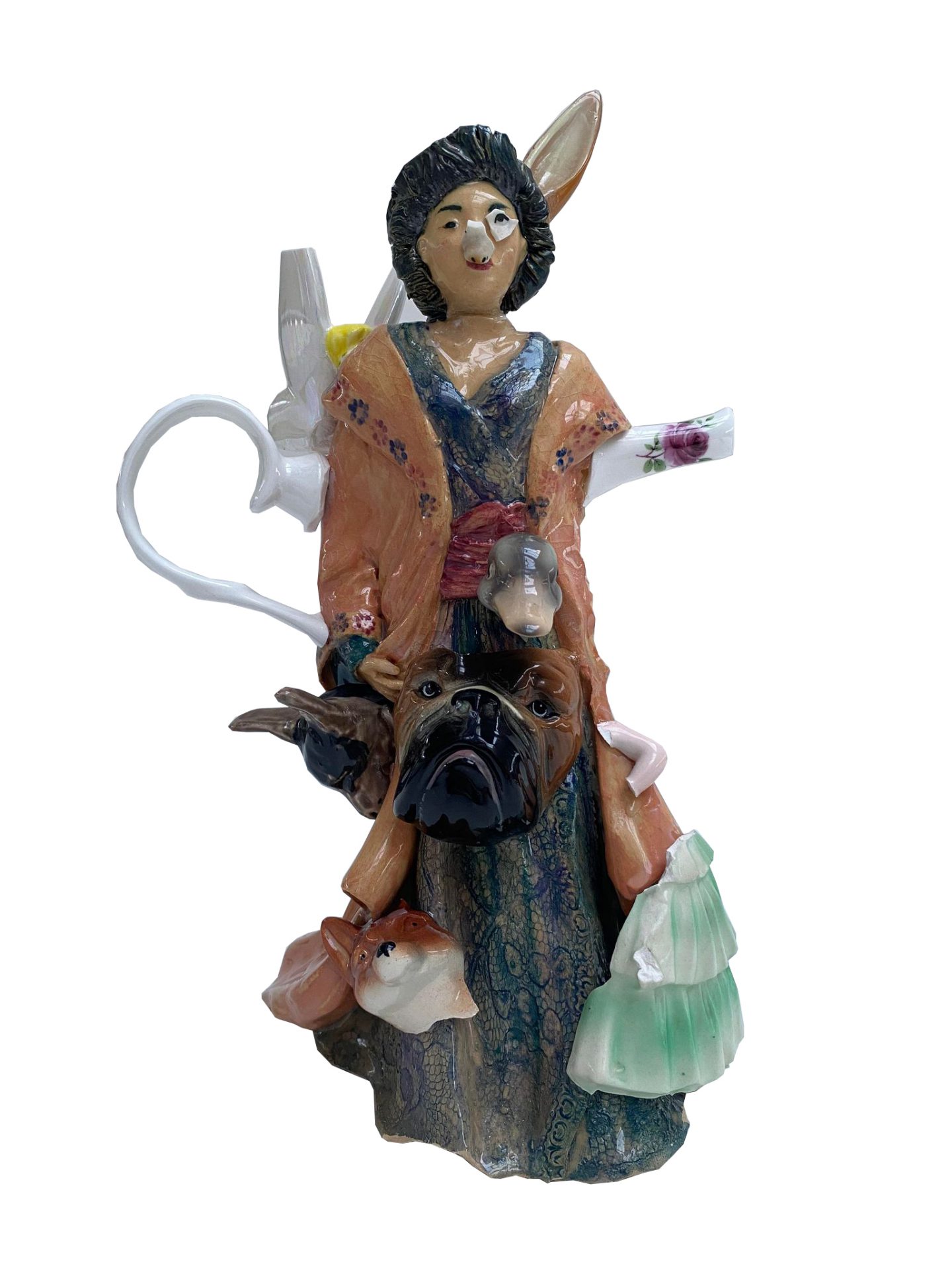 Smash model of the Figurine Goddess 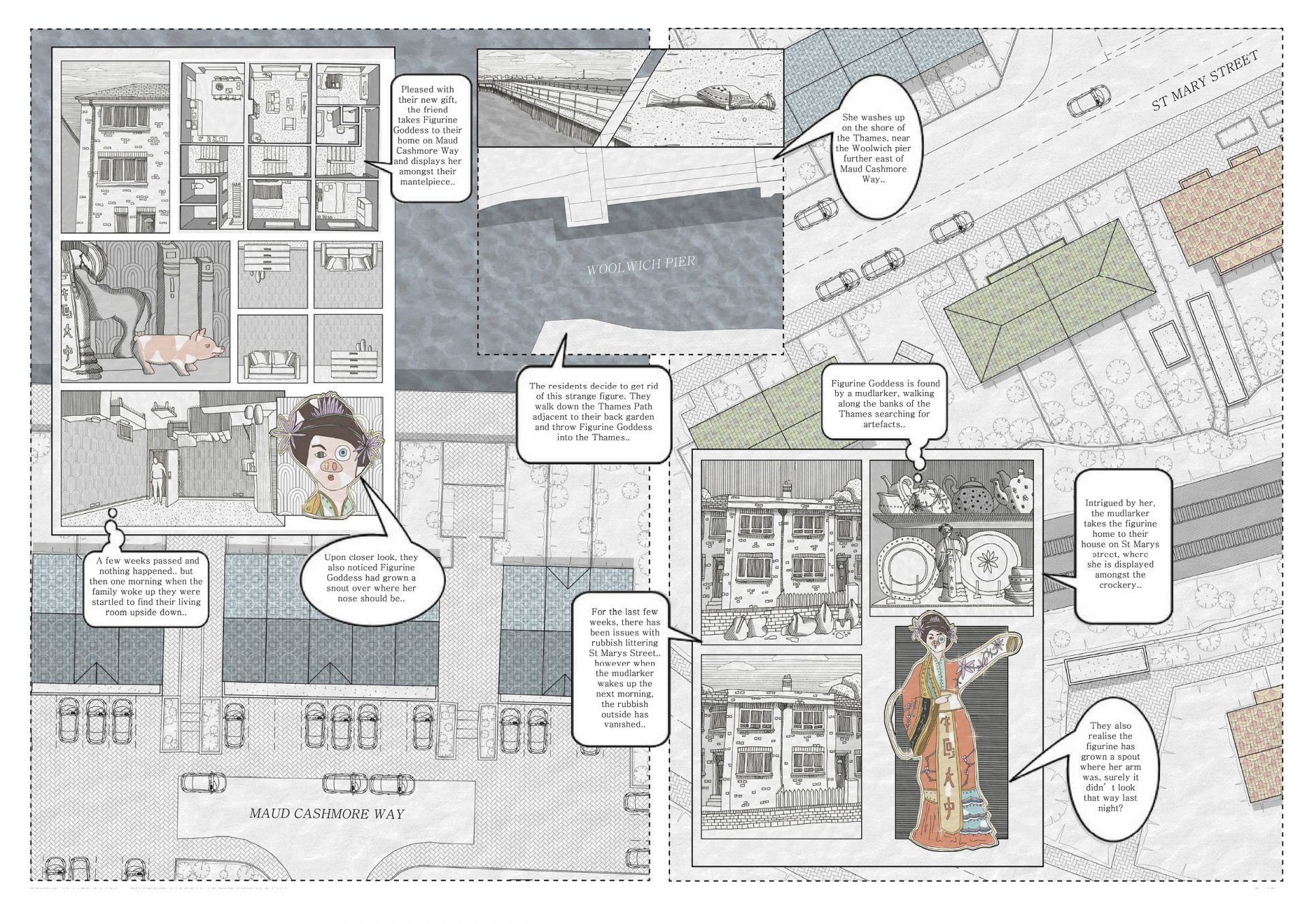 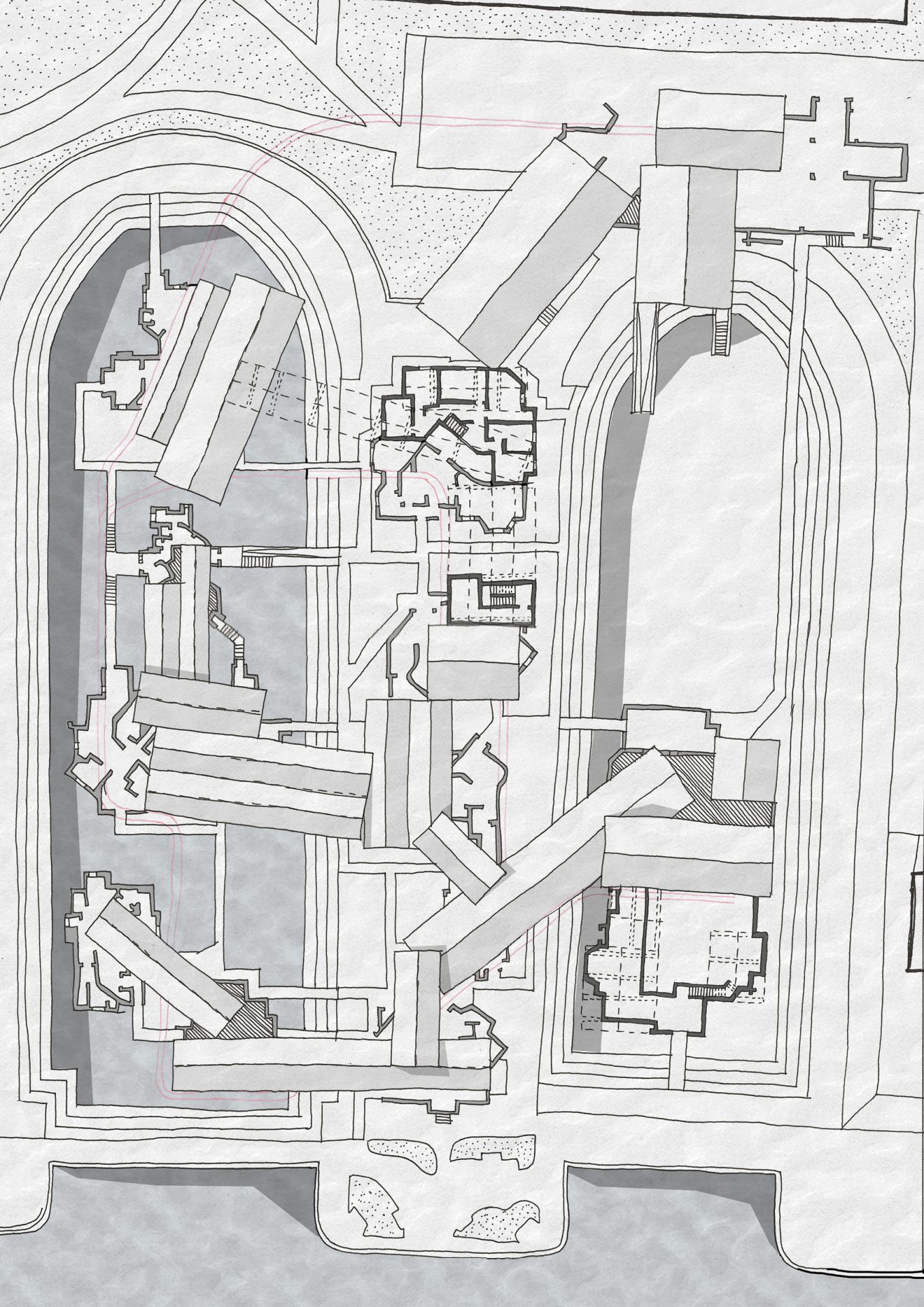 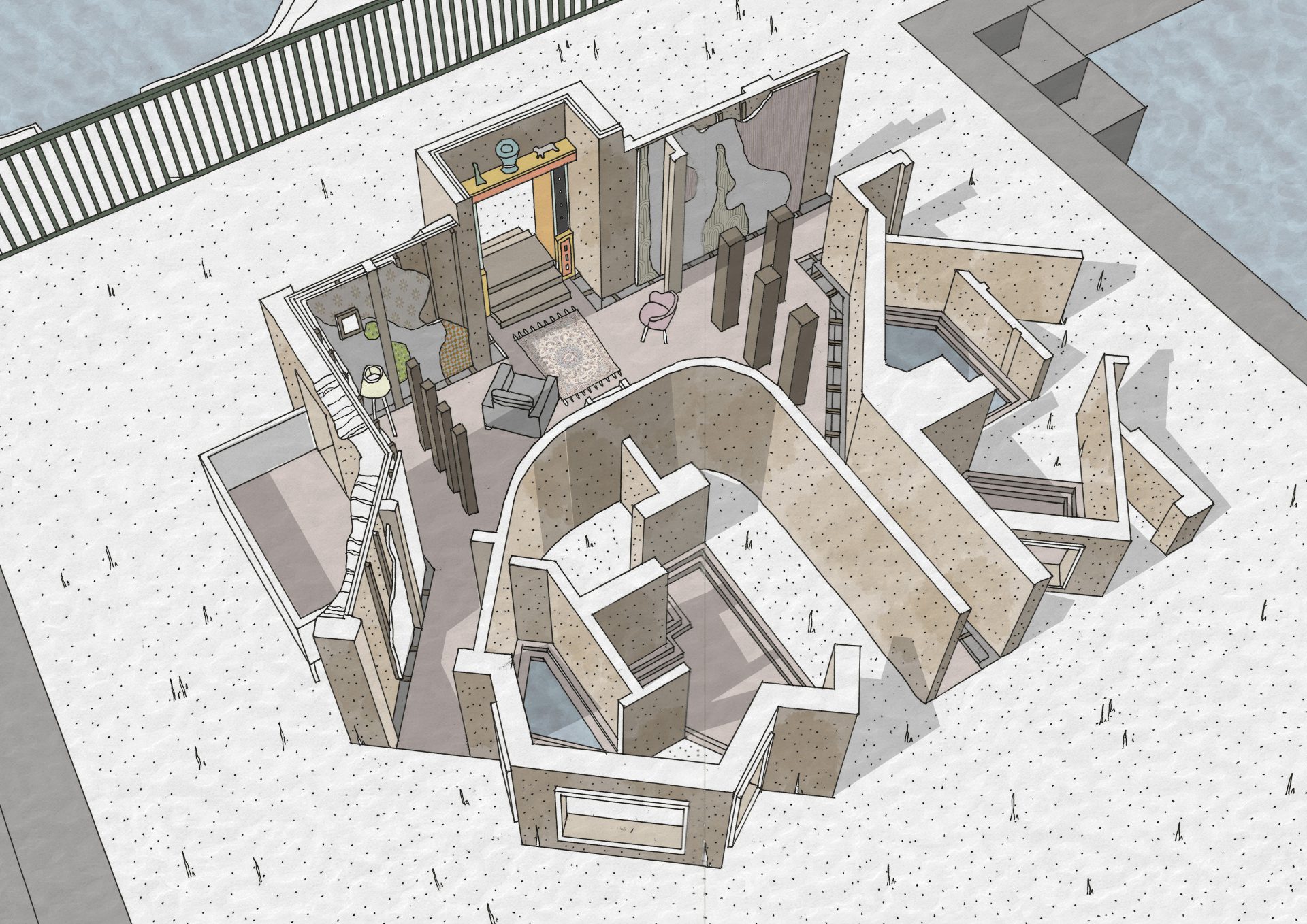 The cultural and domestic landscapes of Woolwich are continually changing. Once known for its thriving naval and shipbuilding community, the Woolwich waterfront has become overpopulated with high-rise residential buildings serving nothing more than economic gain for their developers, and ultimately killing the character of the former dockyard. This project follows the narrative of a posthuman ceramic figurine - a domestic object whose cultural roots have also become questioned in recent history - on its journey after landing in a Woolwich antiques store. King Henry’s Dock is one of the last remaining sites untouched by developers on the Woolwich waterfront. Upon ending up there, can the Figurine Goddess use her embodied ecologies of hidden domestic spaces and shape shifting abilities to imagine the site as a place for community and culture once more, before it is too late? The Figurine Goddess and her 9 muses of domesticity begin their spatial interventions on the site through the construction of a series of architectural fragments, each representing a room of the home. The design of the fragments is formed through a process of ‘kitbashing’ the existing residential typologies of Woolwich in which the figurine has been displayed. Over time, interest and footfall develops on the site and the fragments are transformed into a living museum of domesticity. The museum is a hybrid scheme, also consisting of a working dock manufacturing domestic devices for the museum and surrounding Woolwich, thus bringing fabrication back to the docks which was lost with the closure of the dockyard in the late 19th century