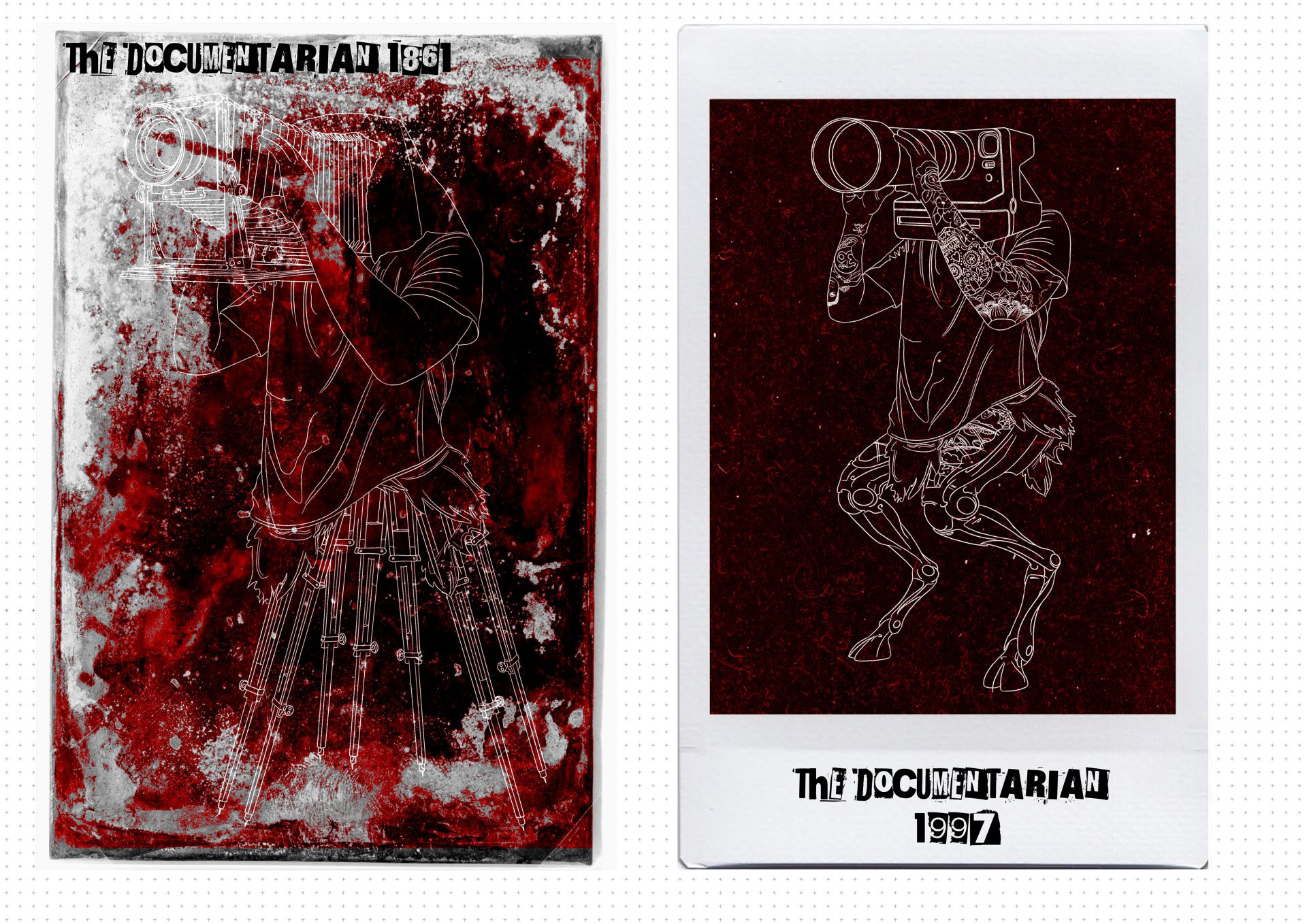 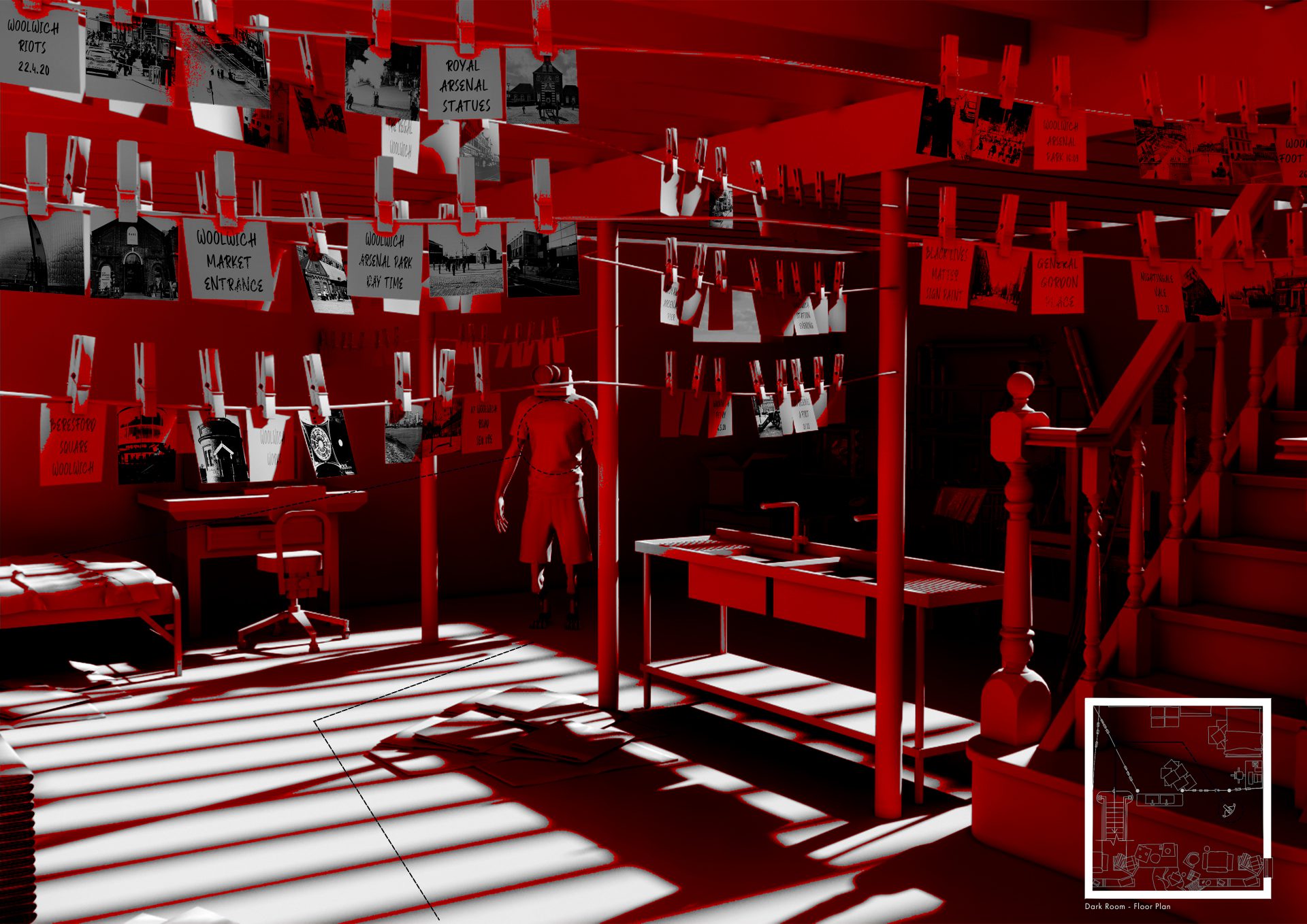 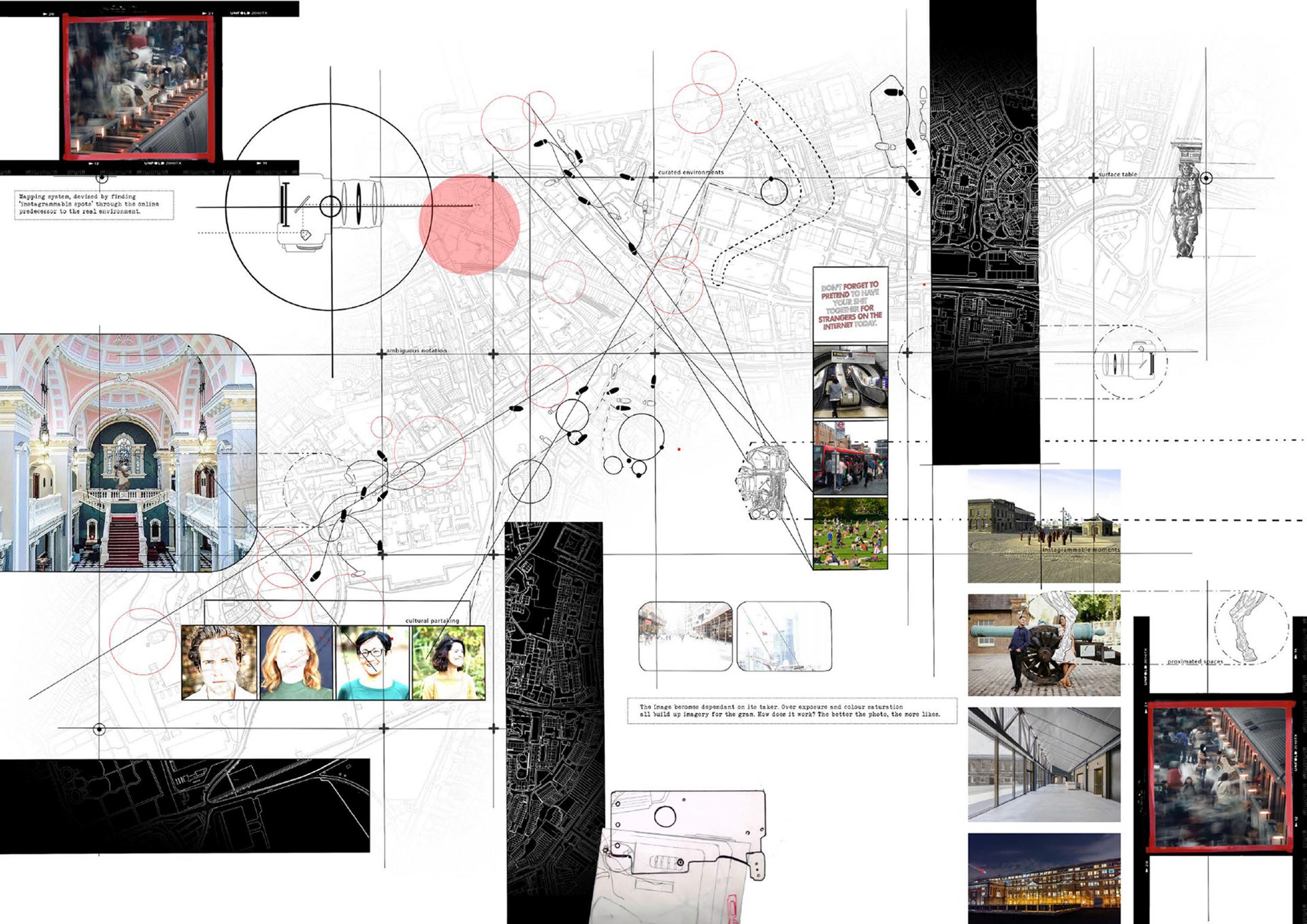 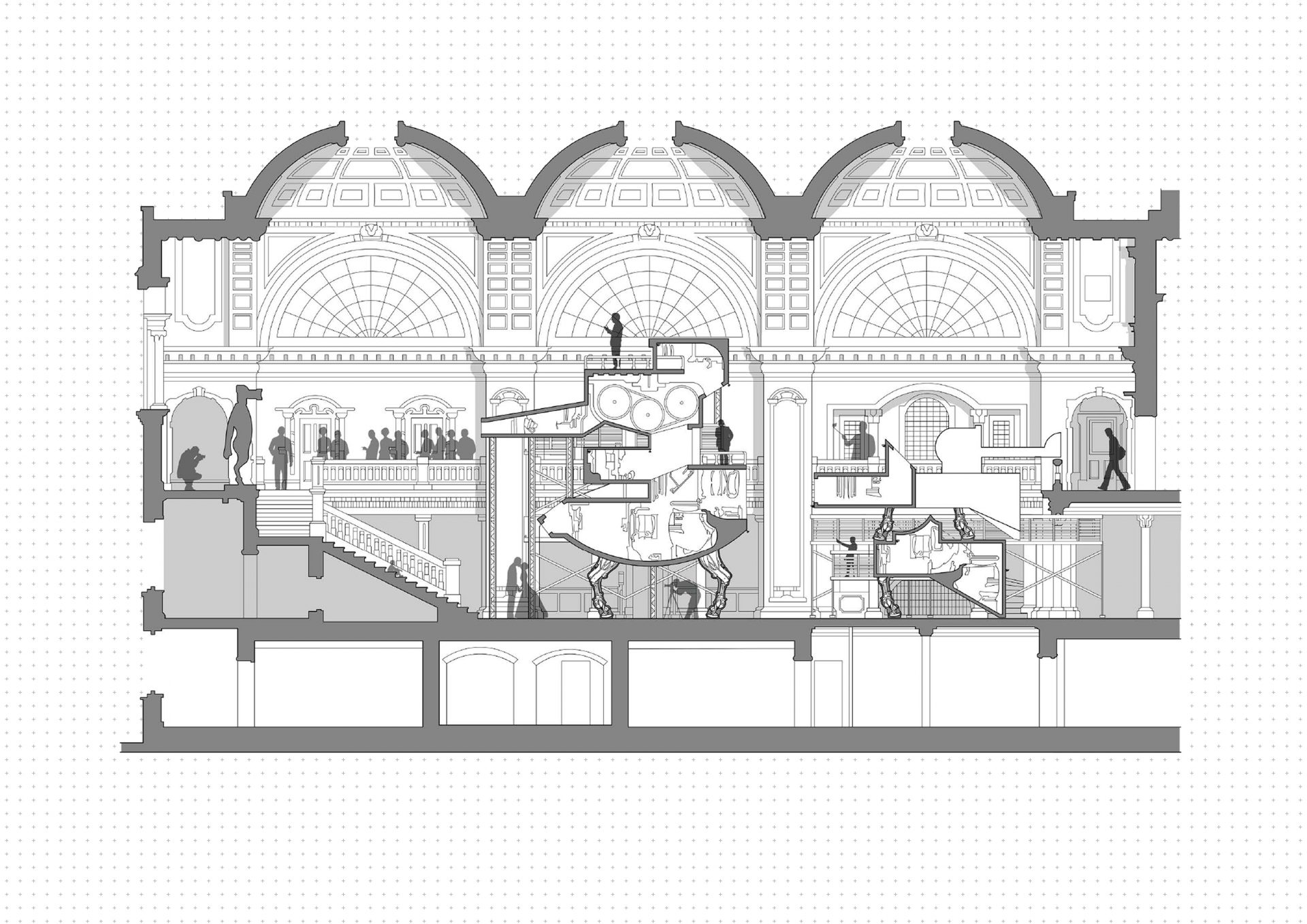 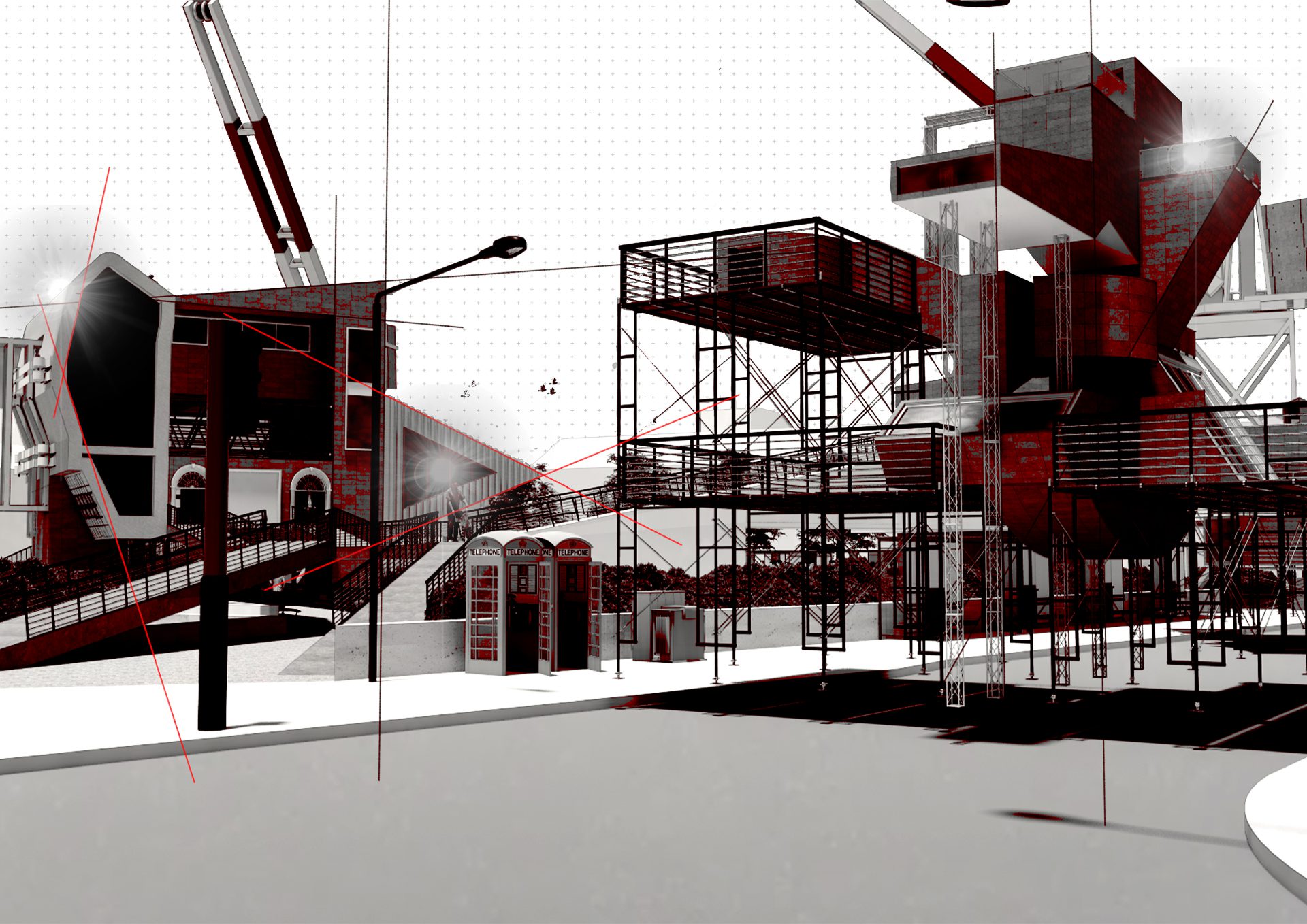 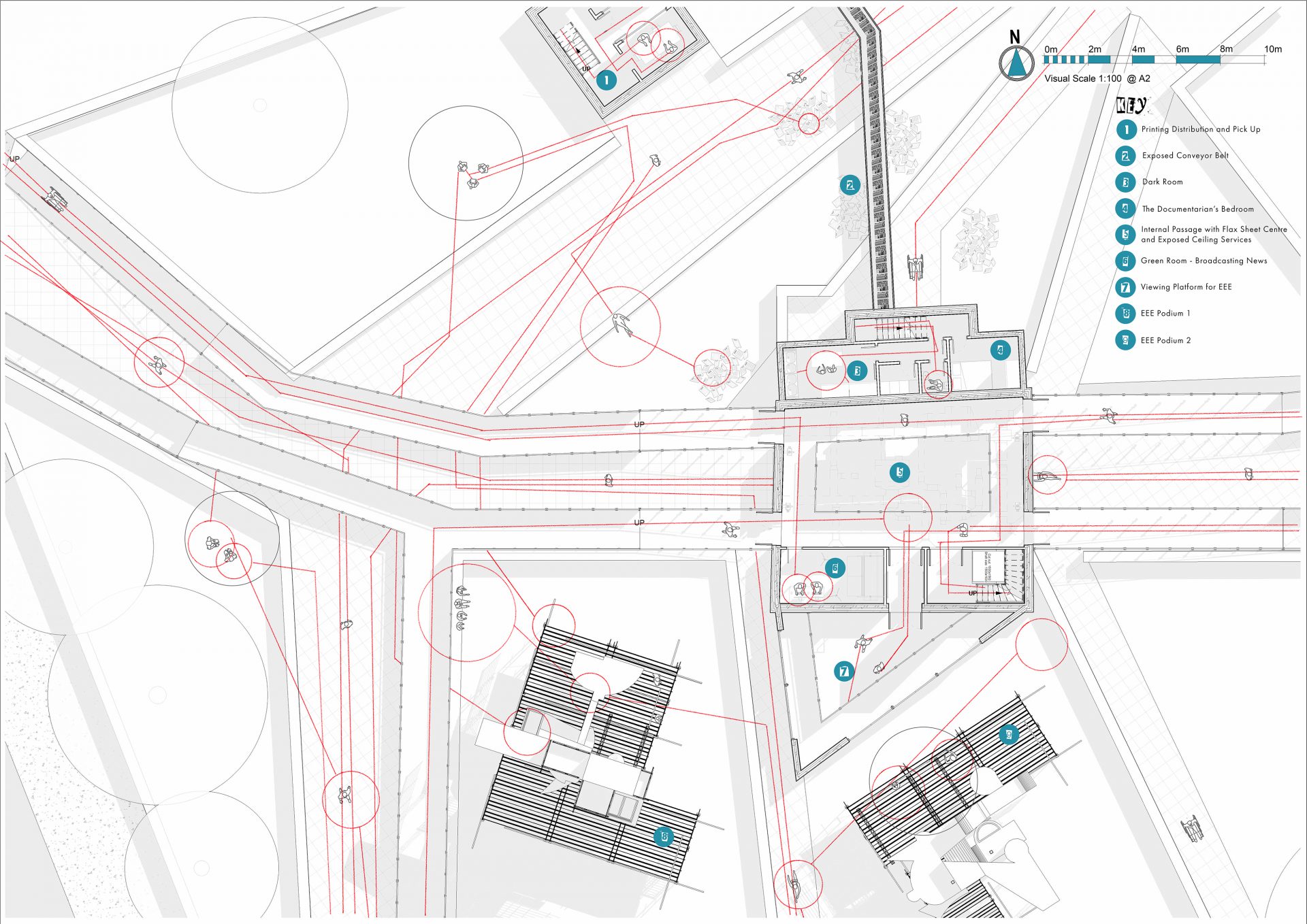 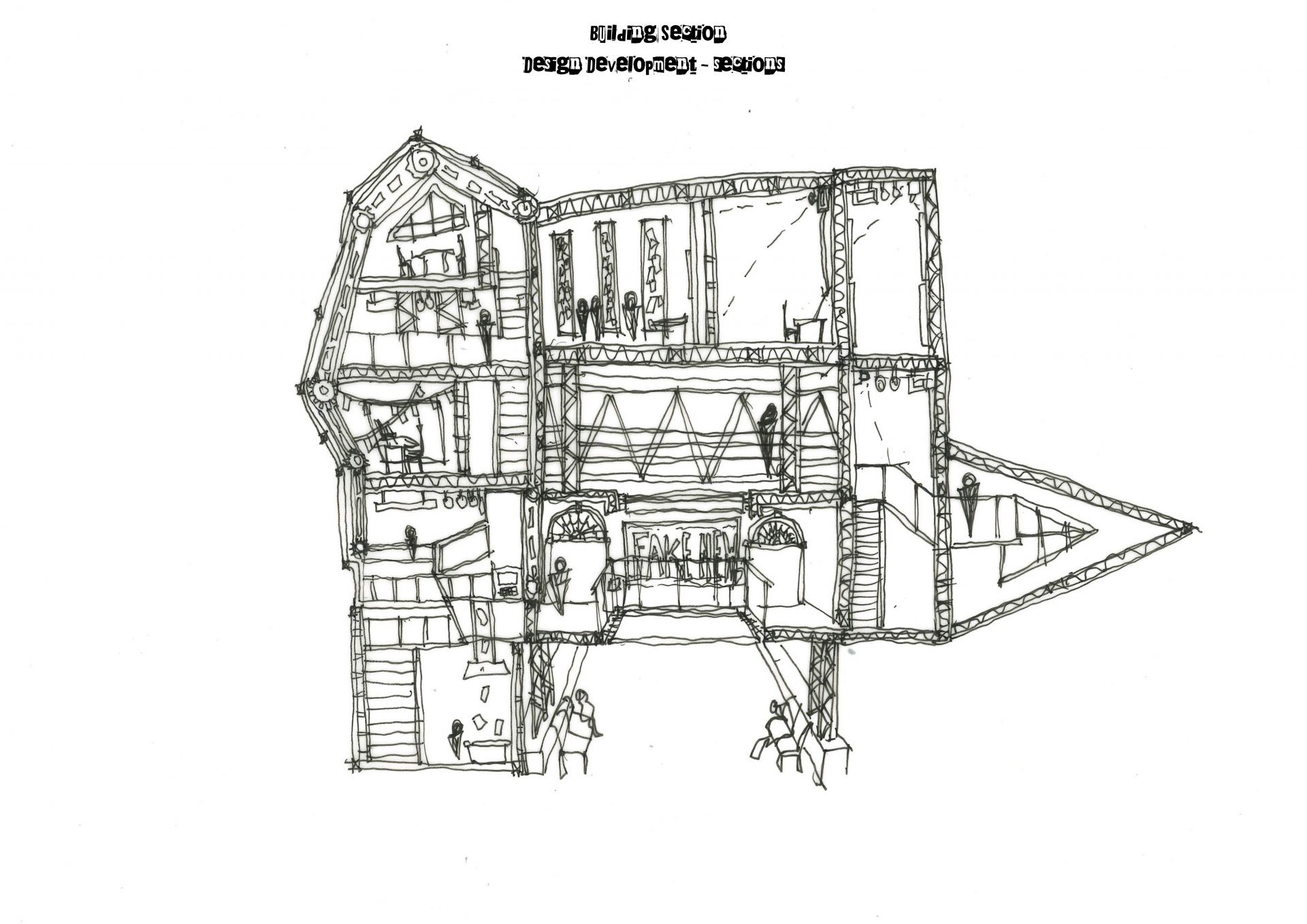 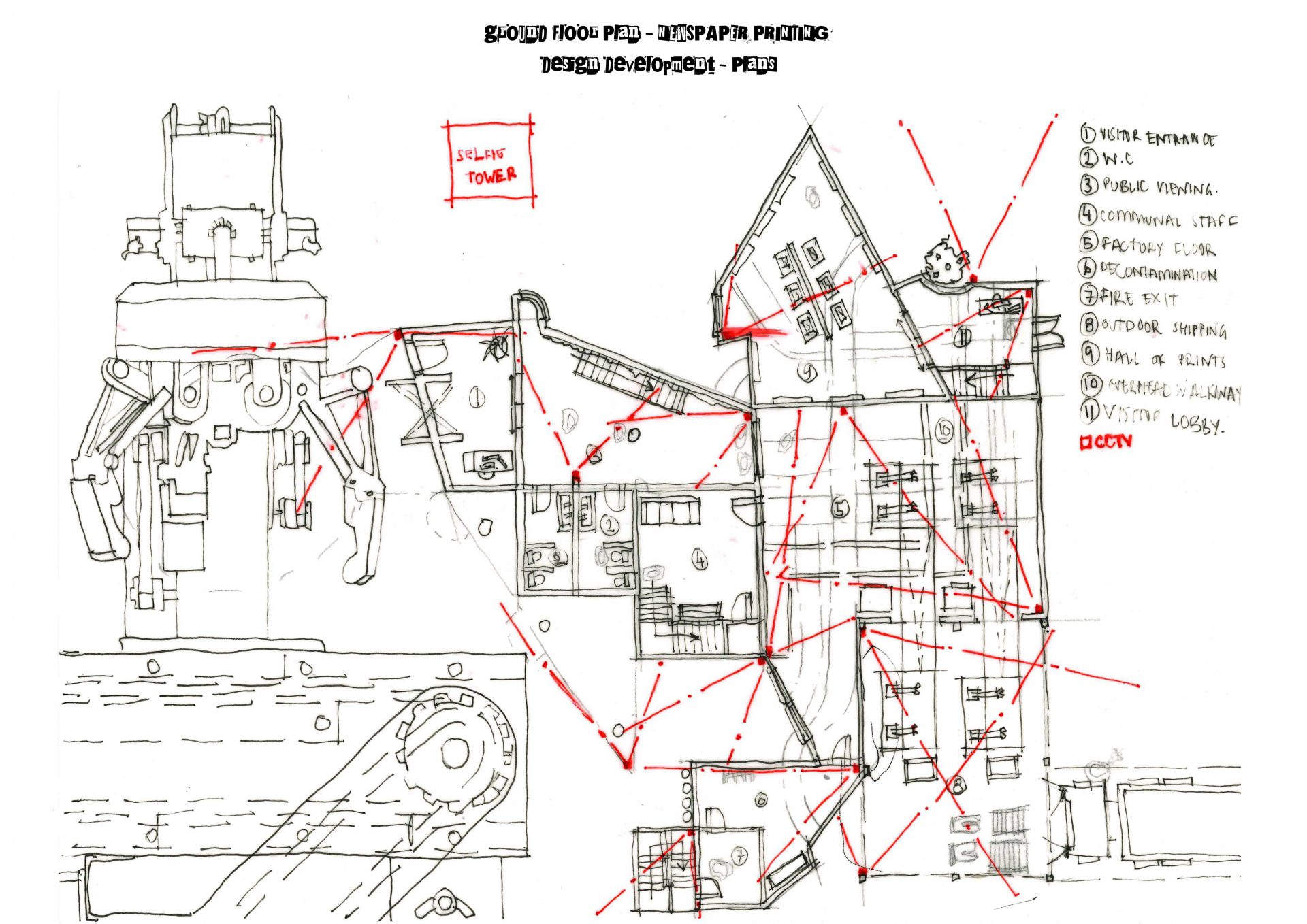 The protagonist of the project is the Documentarian, an obsessive character who sees the world through the lens of a camera. In the project's narrative, the Documentarian explores how behaviours and architecture appear in 'instagrammable moments' within Woolwich, revealing social media's presence in the area's various topologies and contexts. The Documentarian proposes a Political Machine for the Existing Woolwich Town Hall, a series of deployable structures designed to spark new debate. Brought via a procession through the city to the Woolwich Arsenal Park, they find their home near the debate viewing platforms of The Un[SELF]ie (FACT)ory. A suspended, transparent printing press, this larger building expands the programme of encouraging more public debate across mediated and in-person interaction. Through transparency, porosity, and media-laden facades, the building reveals the process of creating media and amplifies the public discussion.