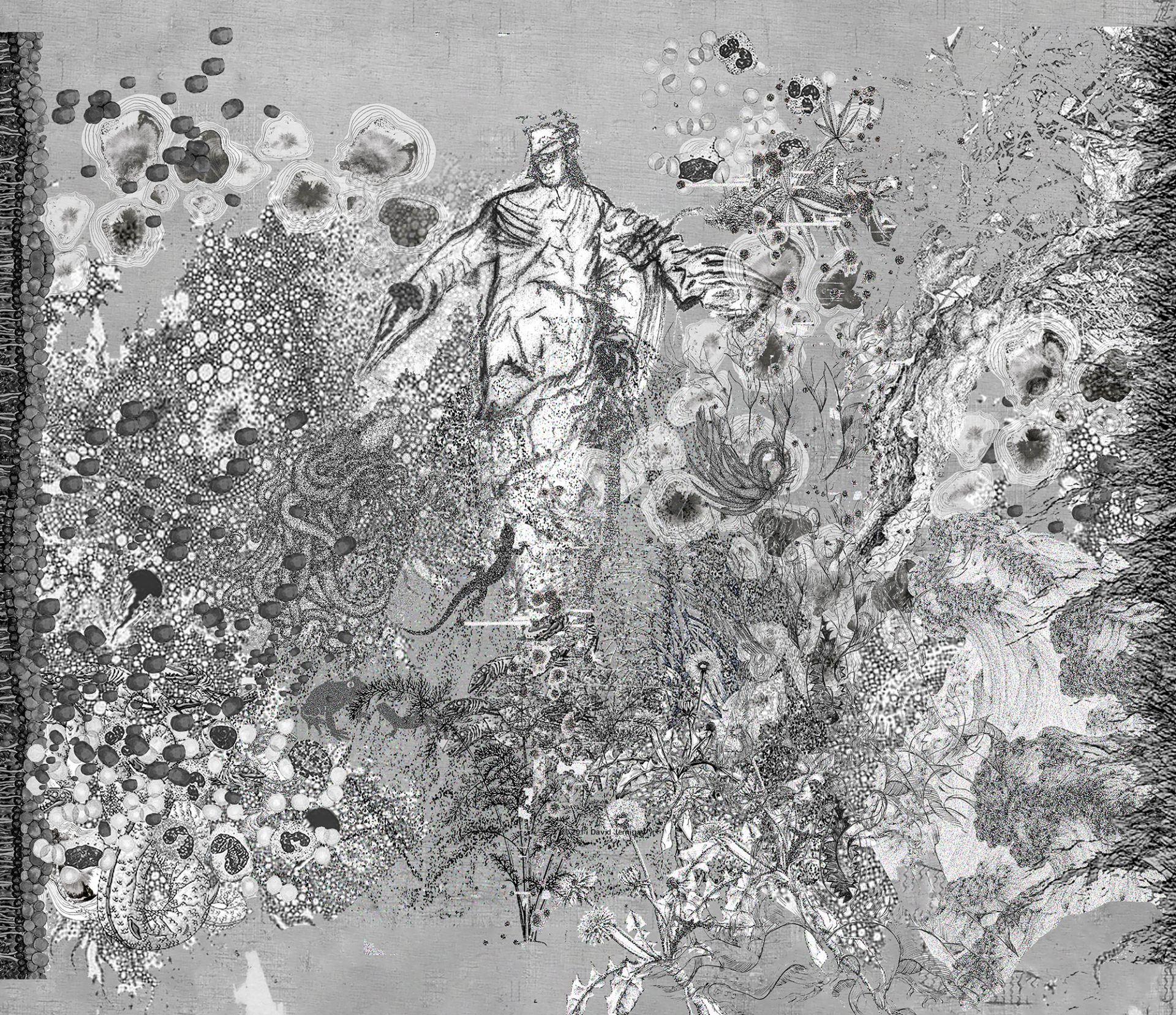 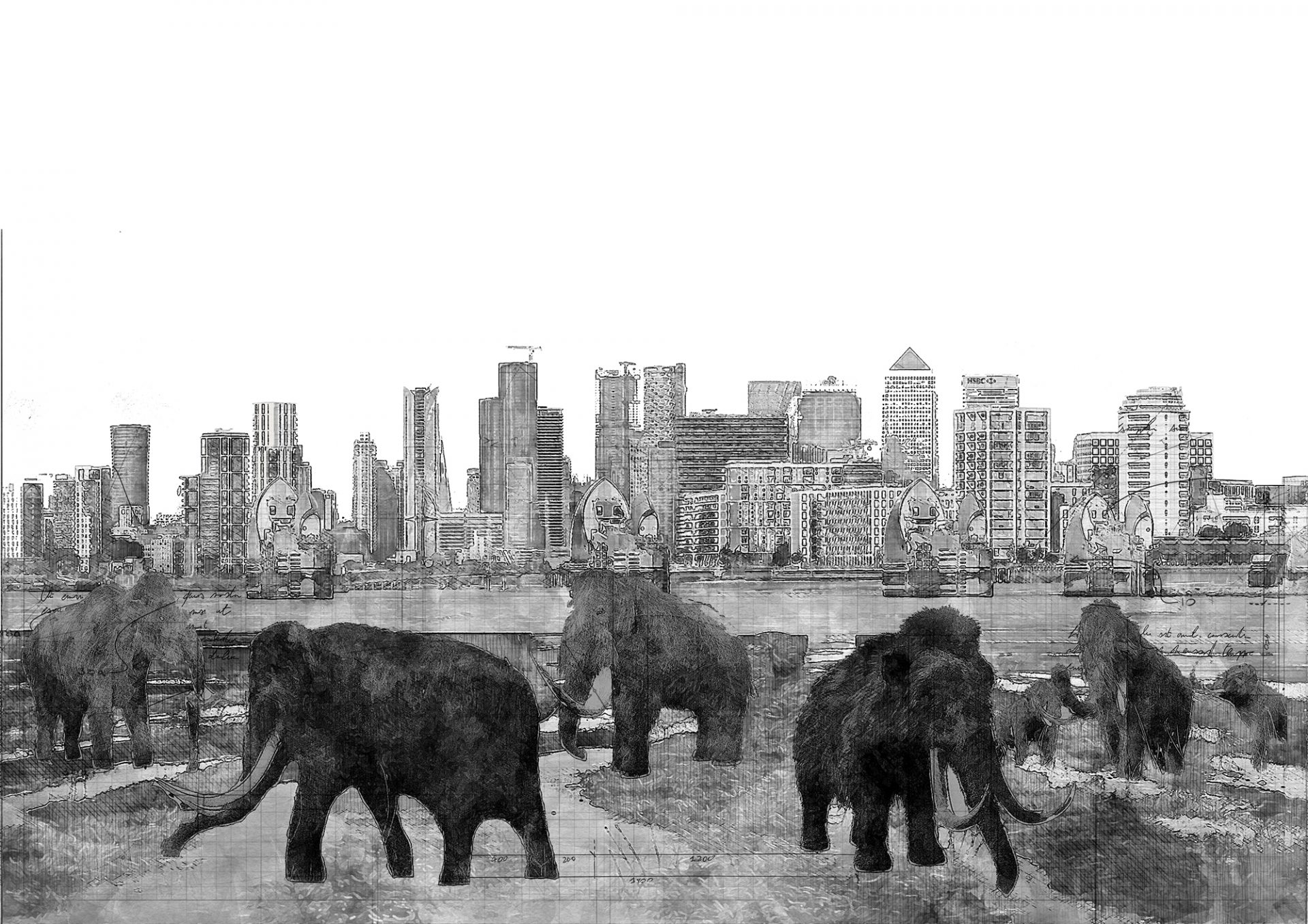 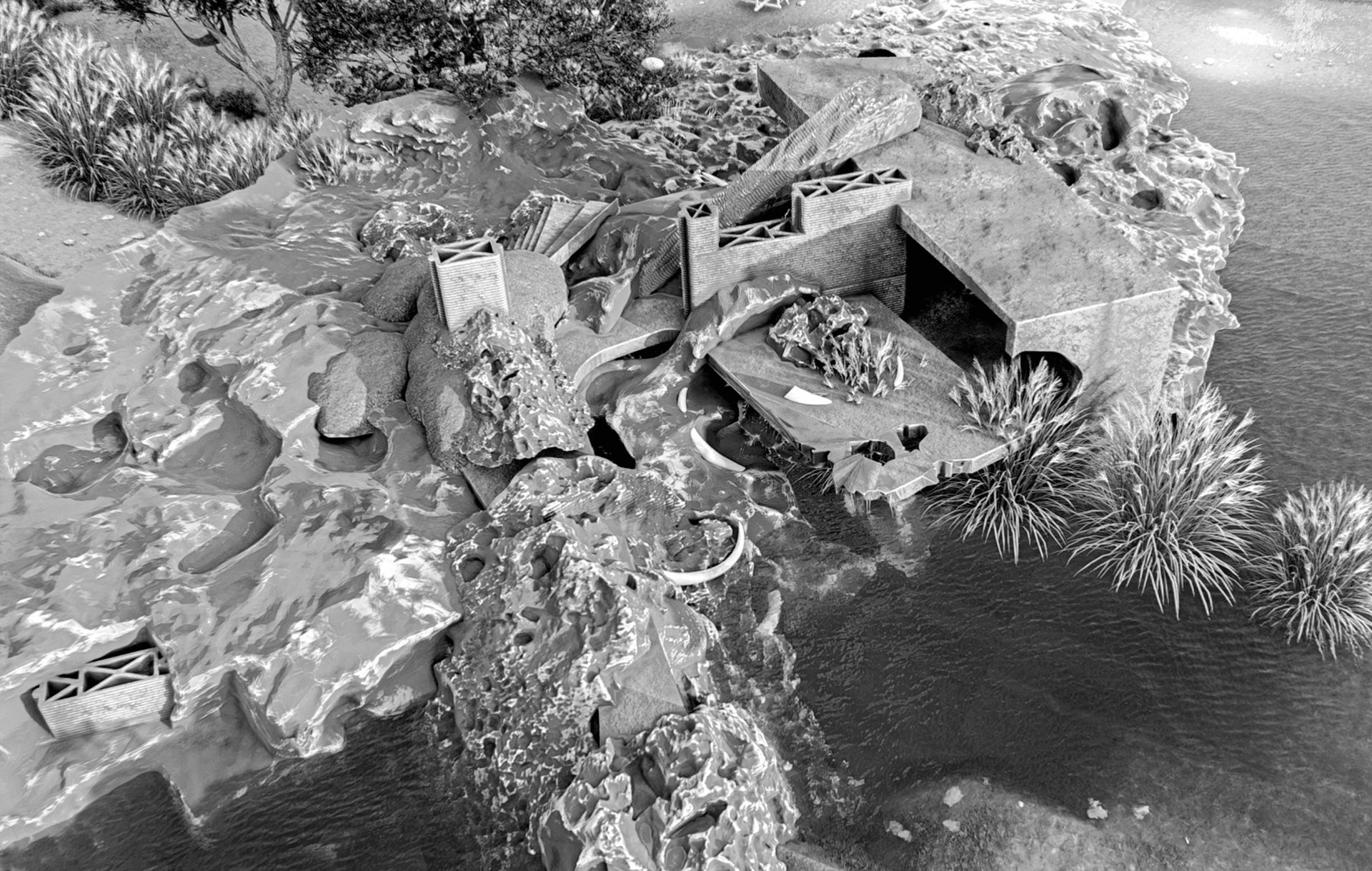 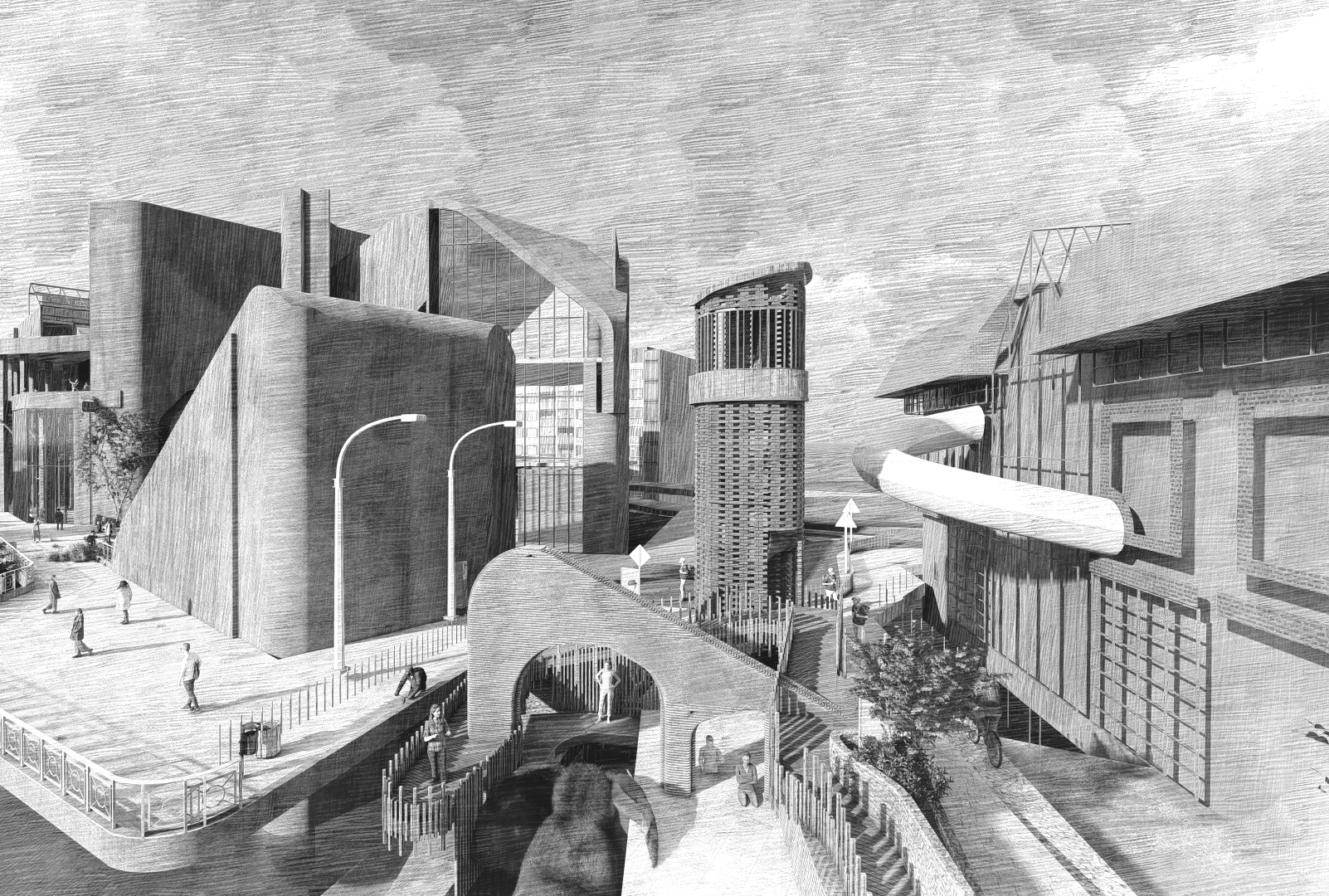 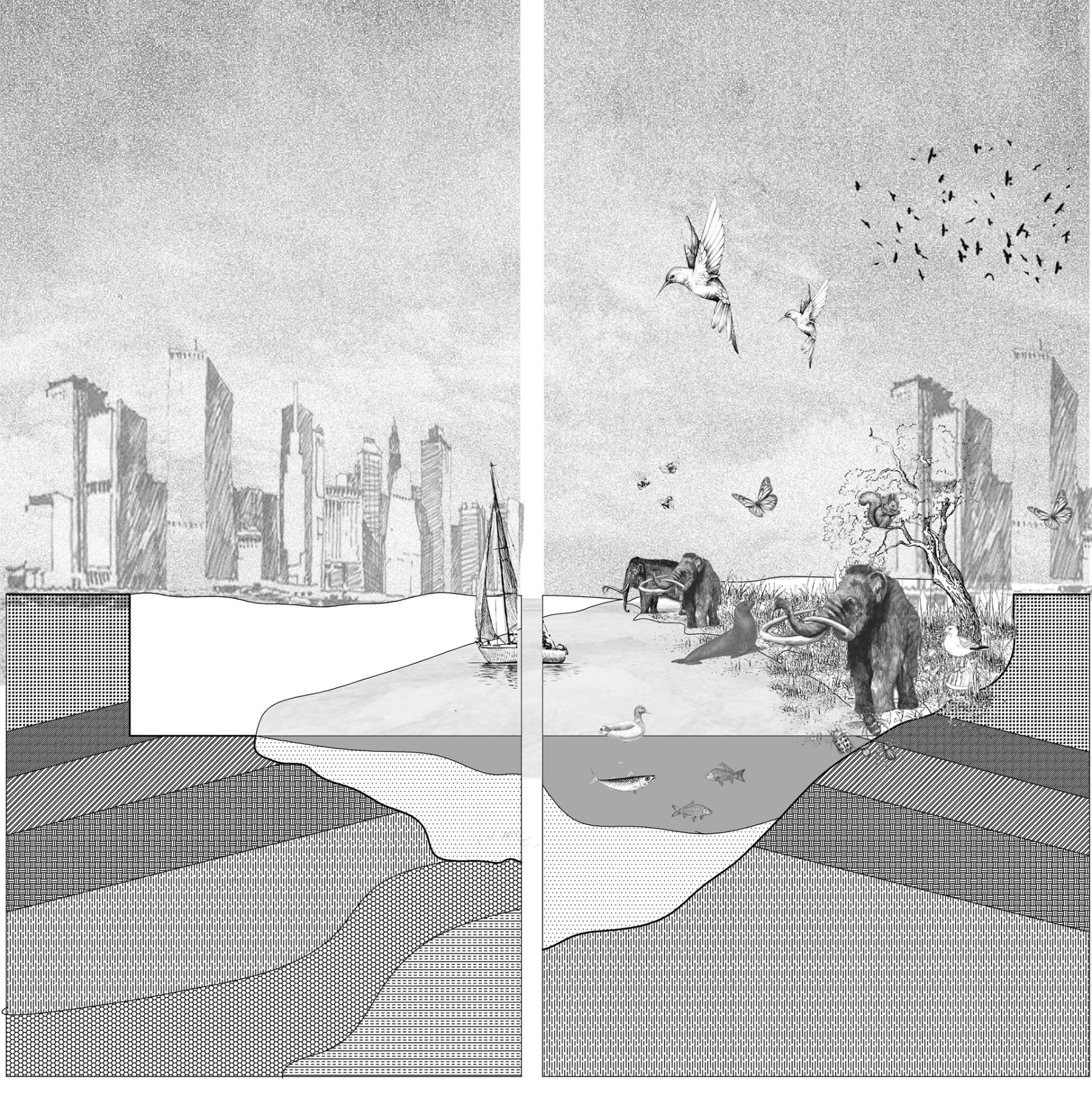 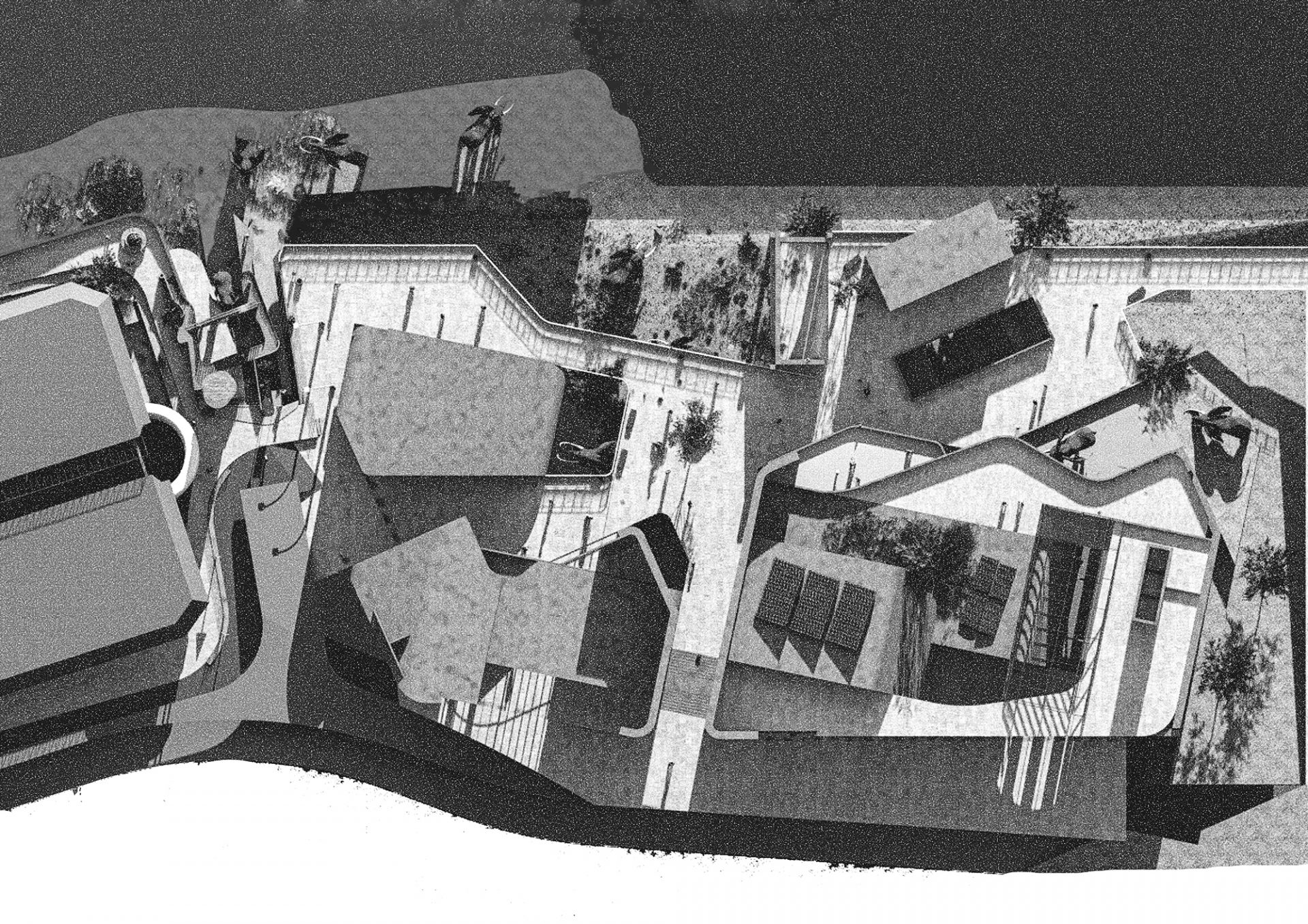 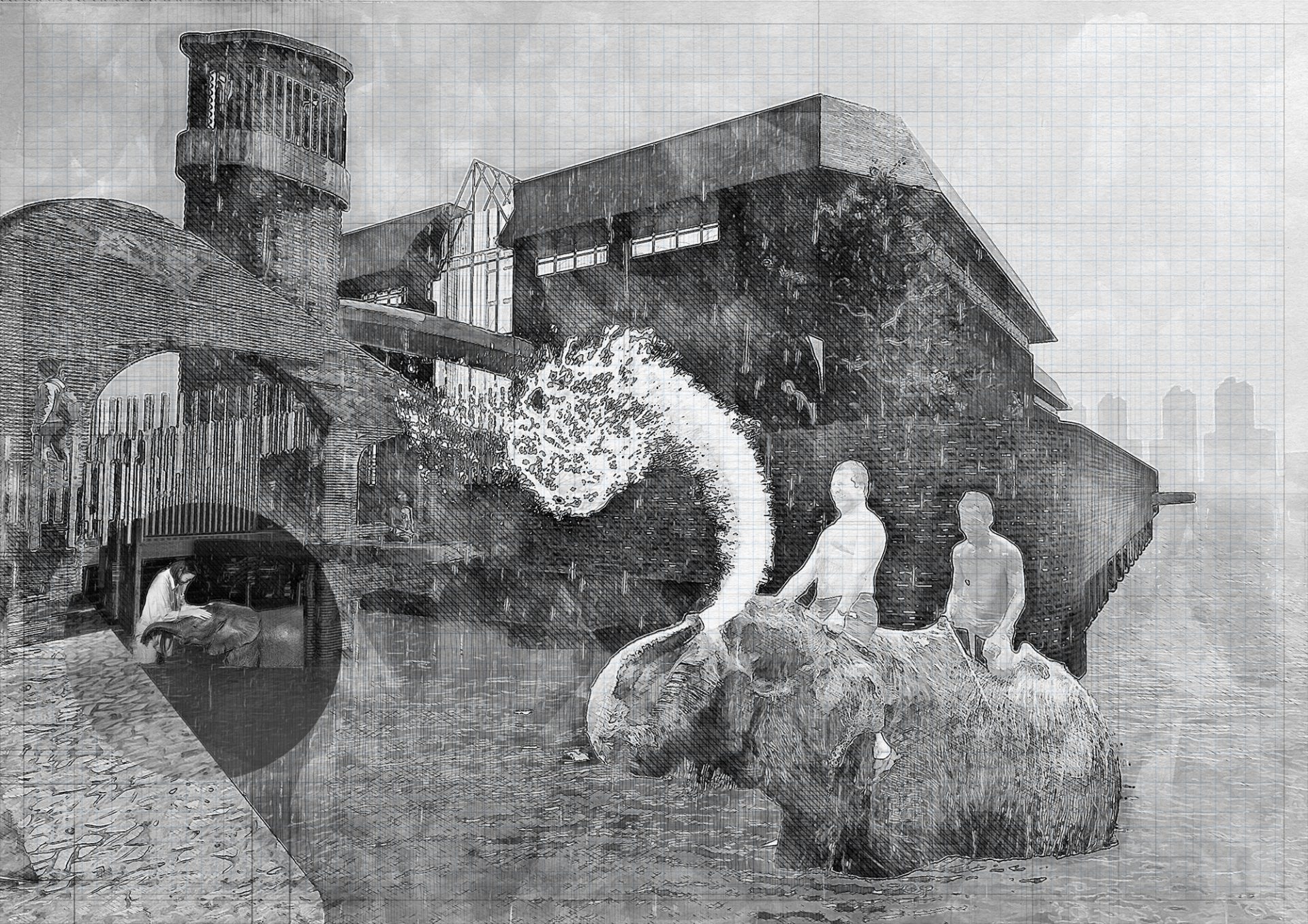 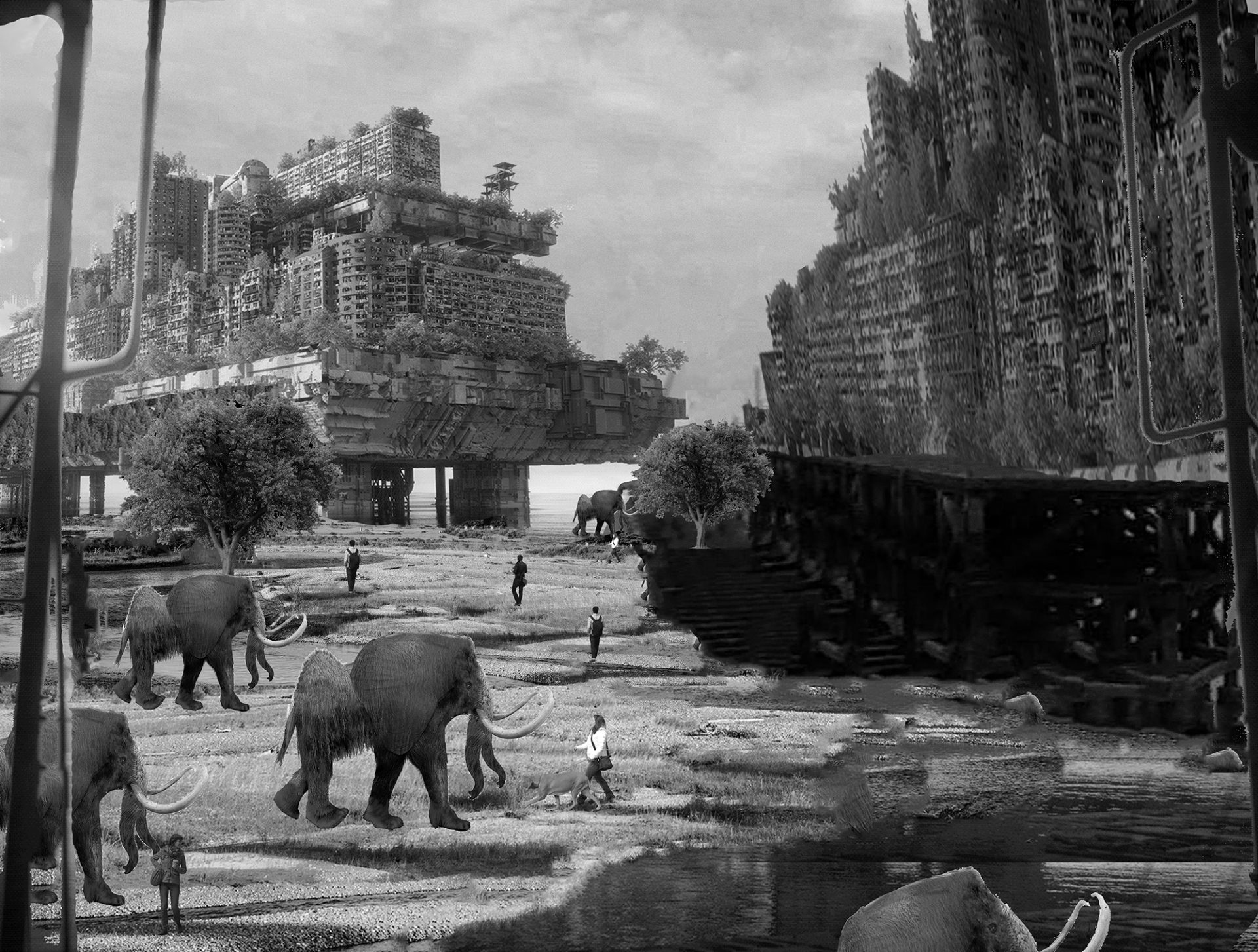 HERE BE MAWOOLIES: ARCHITECTURE BEHIND THE REGENERATION OF THE RIVER THAMES

This project described through an archaeological dossier from a thousand years in the future, looking back to our near future, explored human-animal coexistence in the ecology of the Thames' shore. This project brings back the epic Woolly Mammoth to London to help regenerate the Thames ecosystem. A master plan extends the cultural programmes of south London into Woolwich and features Mawooly paths where the genetically-engineered creatures shore up the river’s edge through grazing and traversing. The porous clay and concrete Theatre is a civic space where public paths intertwine the shoreline and urban fabric, punctuated by monumental volumes containing performance spaces. Joyfully vibrant and inclusive for all - even for a herd of gigantic mammals- the building celebrates the Mawoolies as they become co-inhabitants of not only the building but also of Woolwich itself.