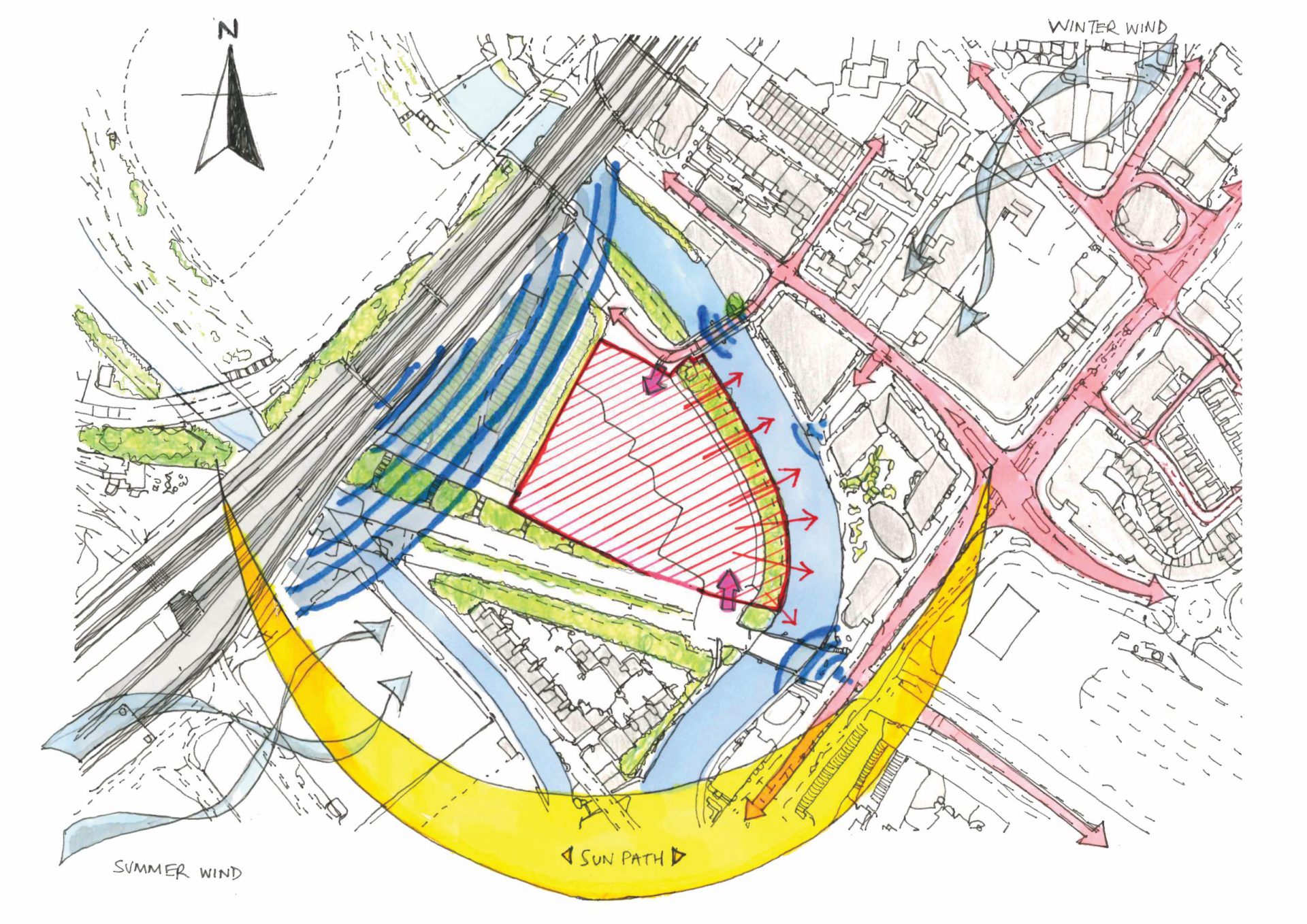 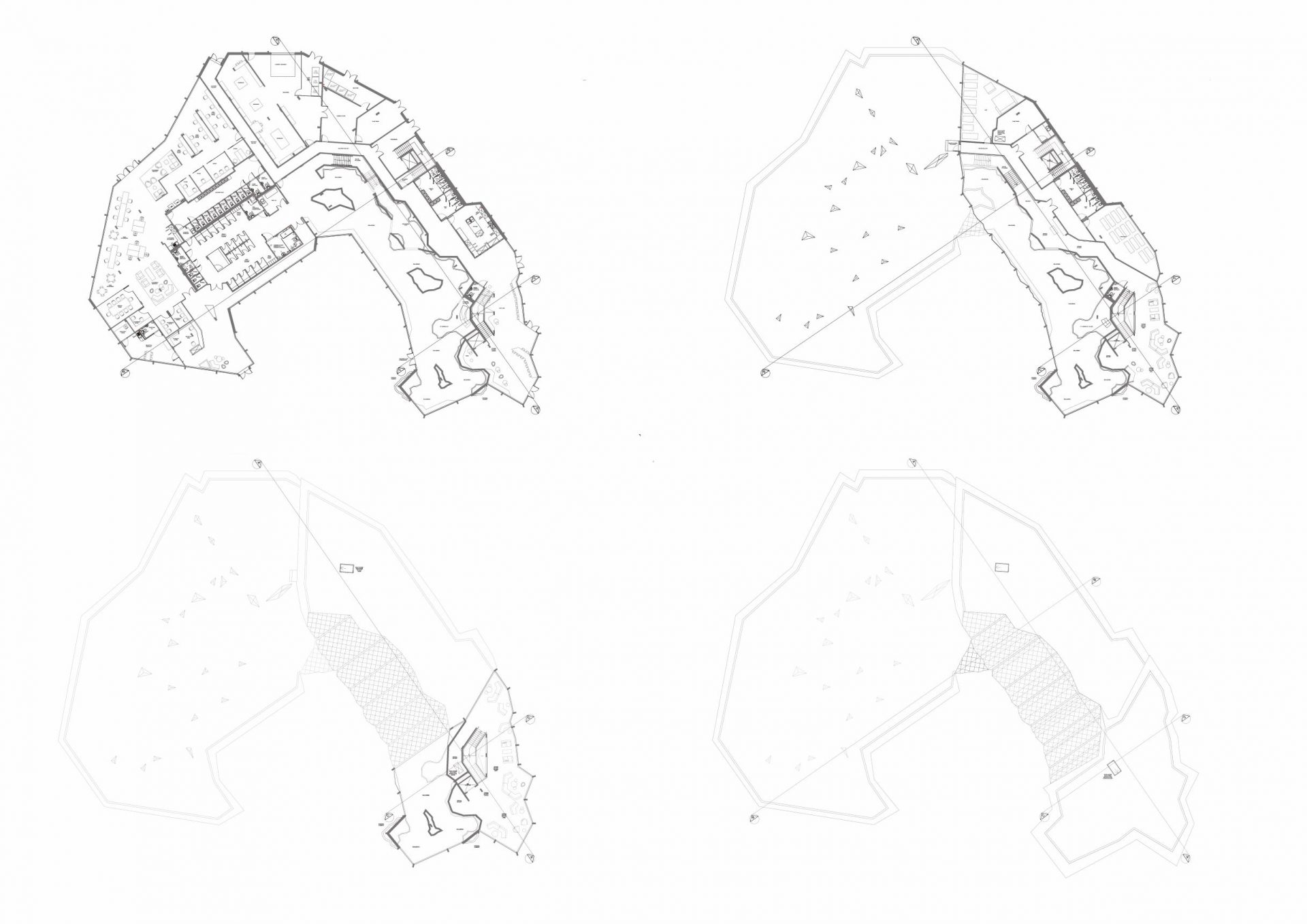 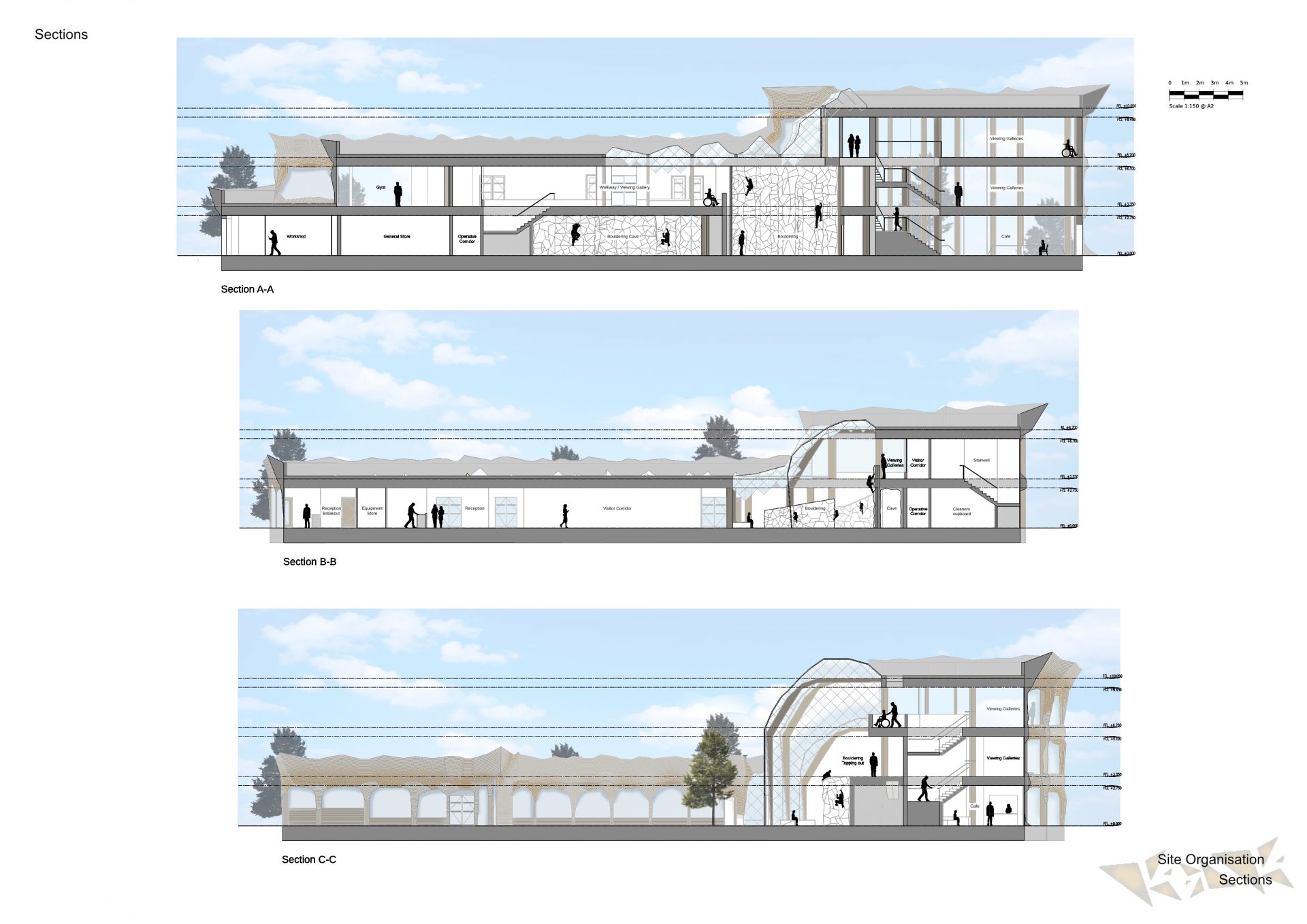 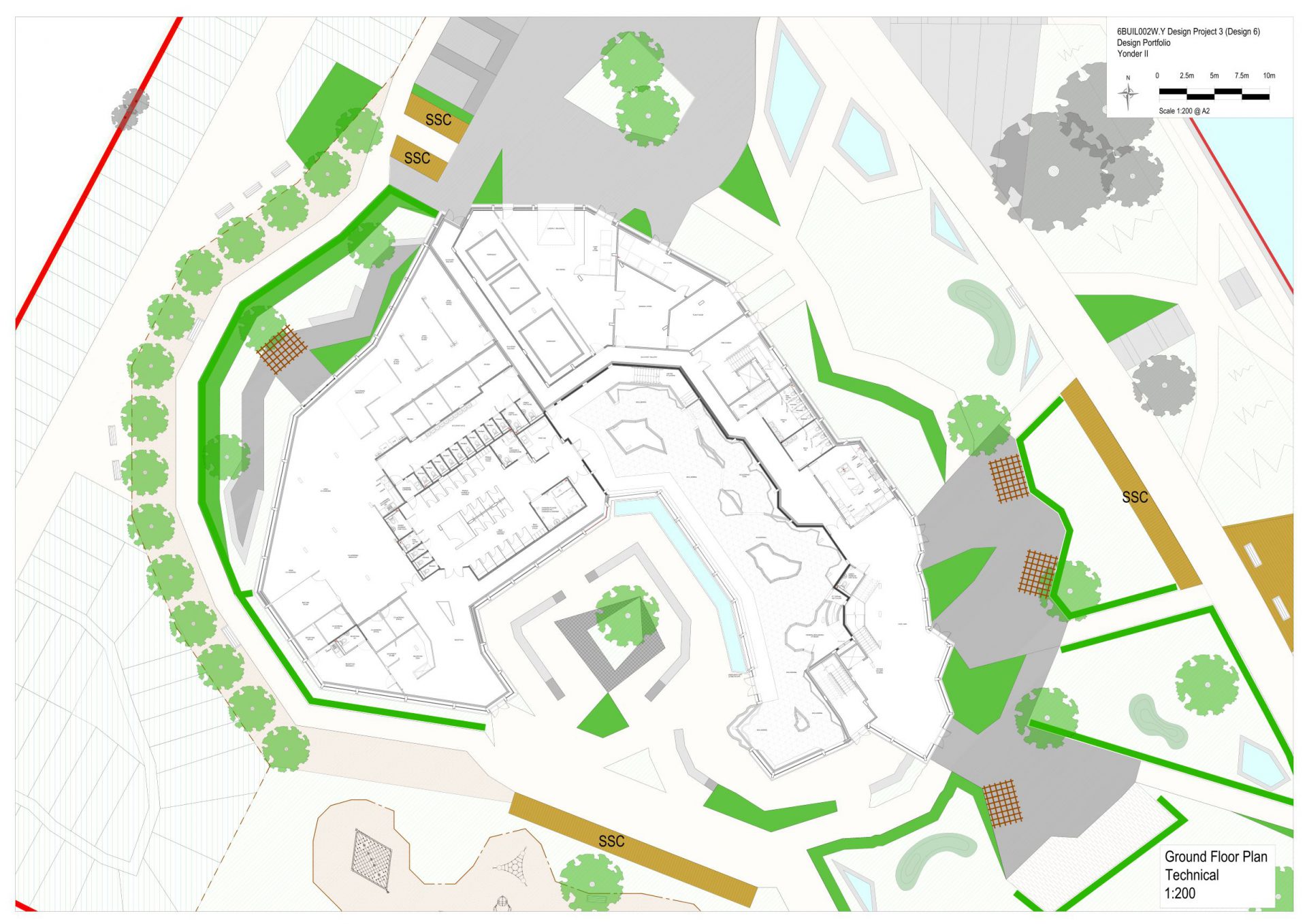 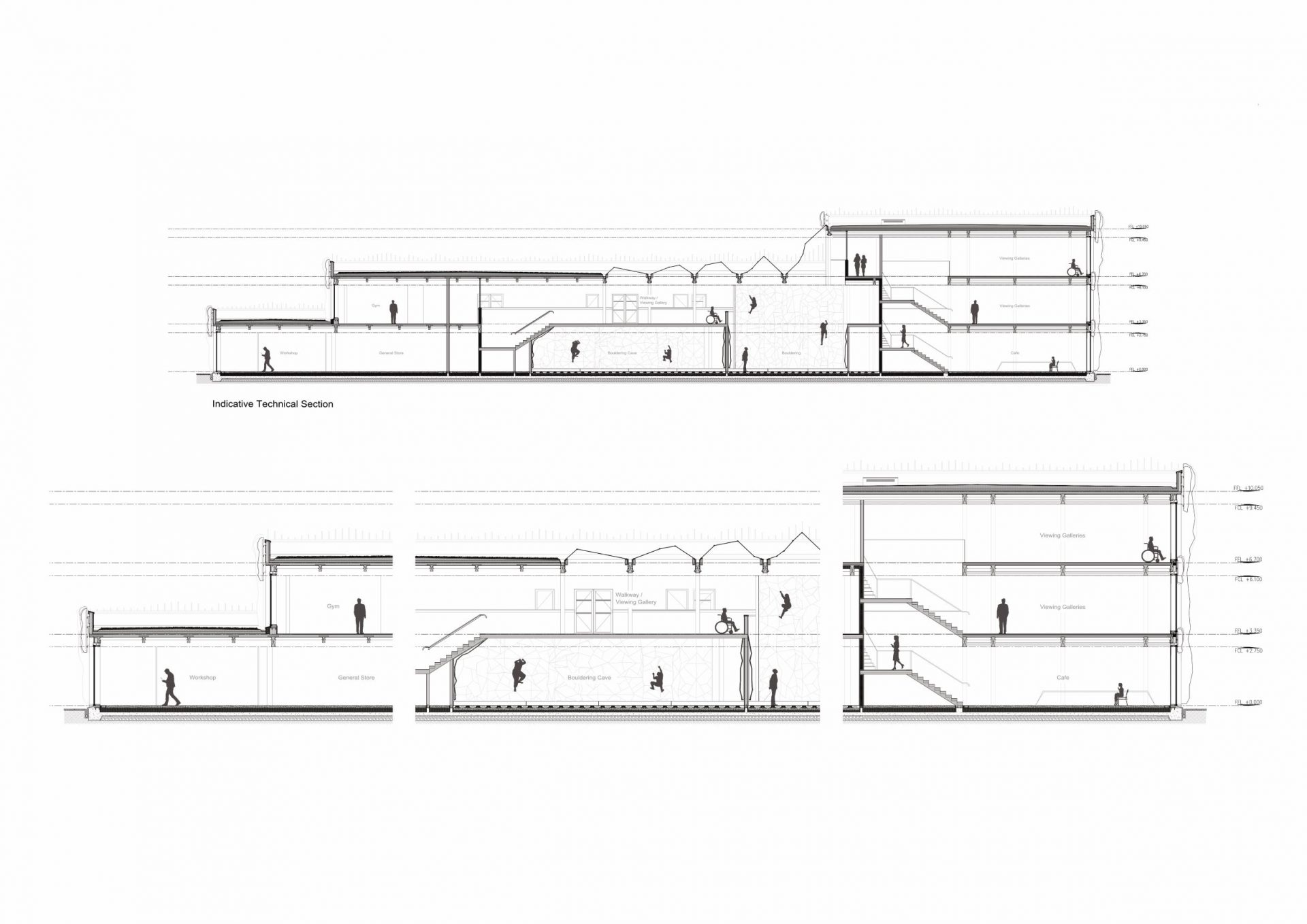 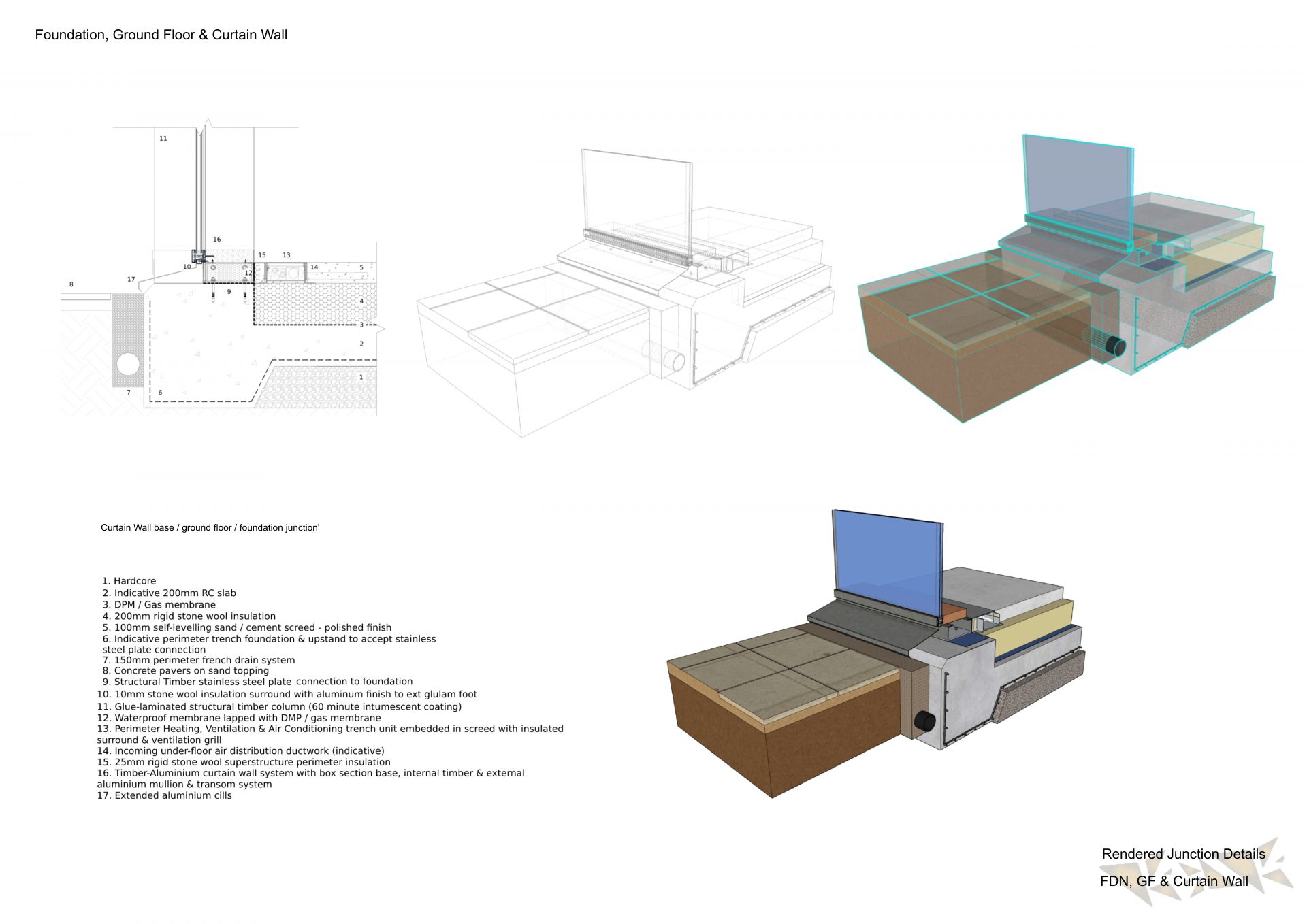 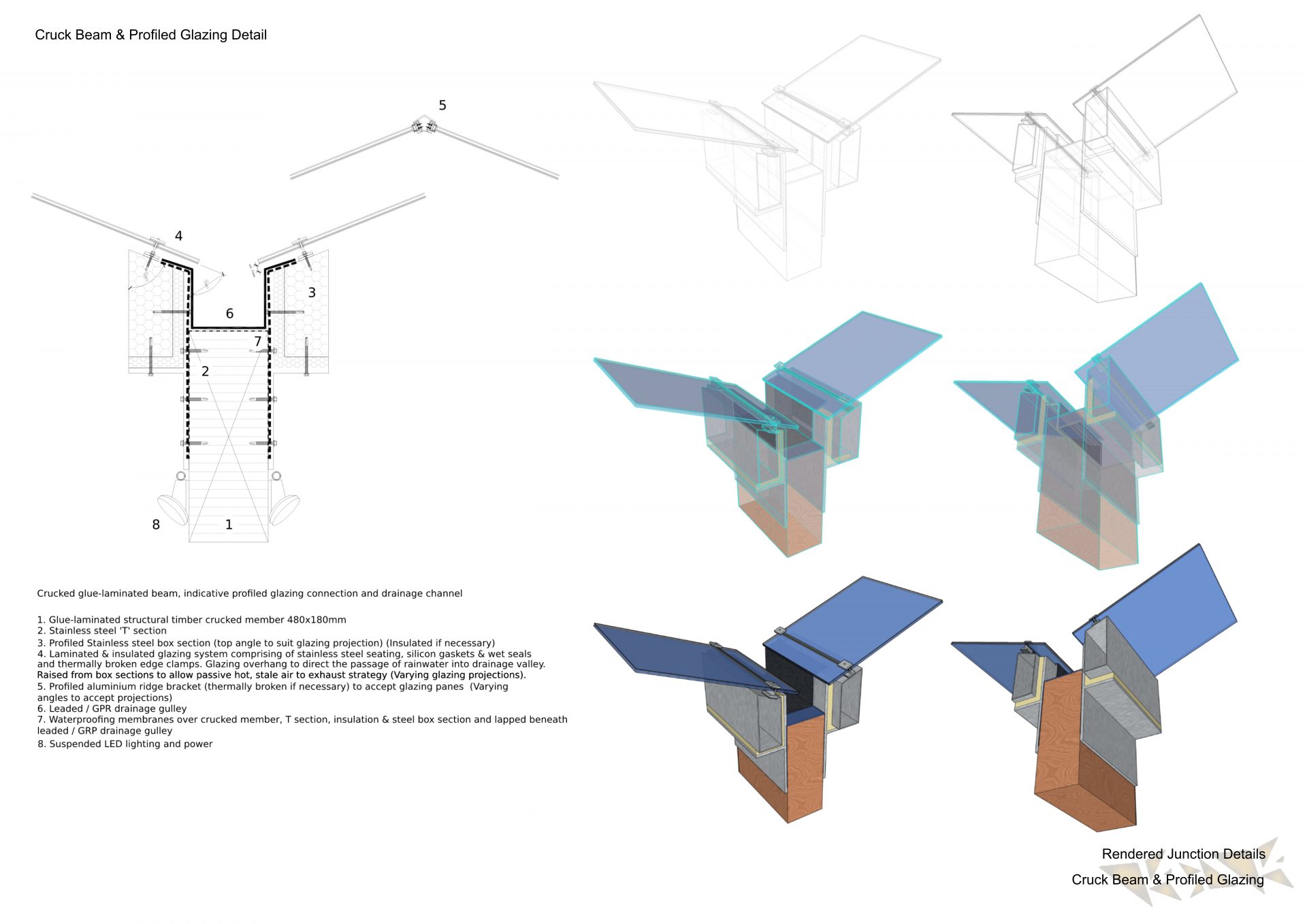 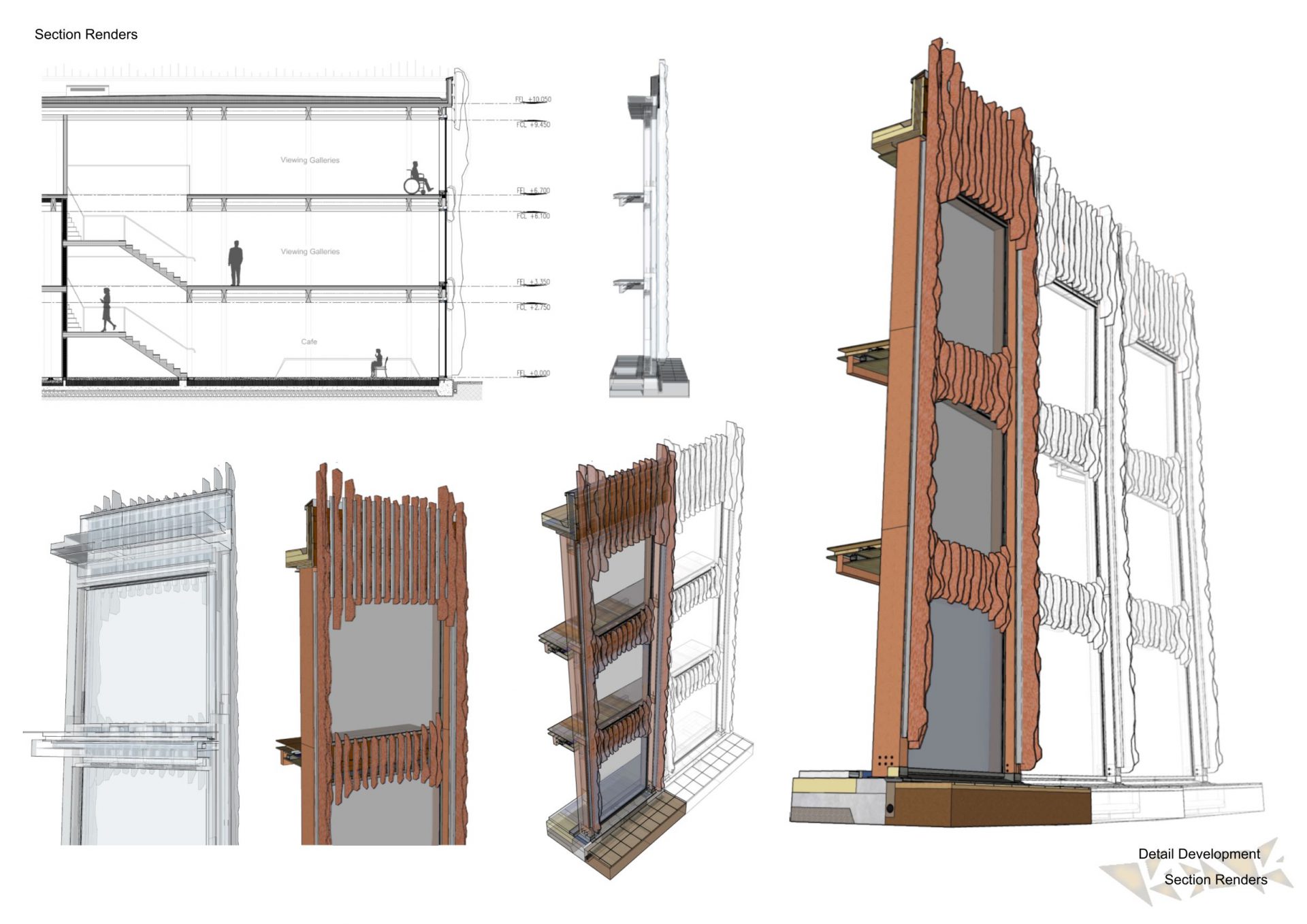 The Yonder II climbing gym regenerates a brownfield site to the east of The Queen Elizabeth Olympic Park, Stratford. The proposals positioning, orientation, massing and materiality have all been developed in response to investigations into the existing infrastructure and community engagement, alongside connections between the natural formation of geometric patterns and maintaining architectural & technological aesthetics & functionality. The act of climbing has further influenced the proposal in both form and functionality, those who climb highest are rewarded with views across The Queen Elizabeth Olympic Park to the west, as is the way with mountaineers rewarded with view of natural landscapes. The design of the site masterplan focuses on providing expanses of diverse public open space with private pocket gardens, larger expanses of lawn & wildflower meadows, a variety of active and passive areas for community & visitor engagement alongside a variety of footpath & cycleway links. The sitewide masterplan was proposed as an extension to the existing Queen Elizabeth Olympic Parks open spaces, gardens, promenades, and wilder spaces. The site gifts a portion of land to the existing Pudding Mill Allotments which abut the site to the west, providing additional allocation for sustainable community food production.