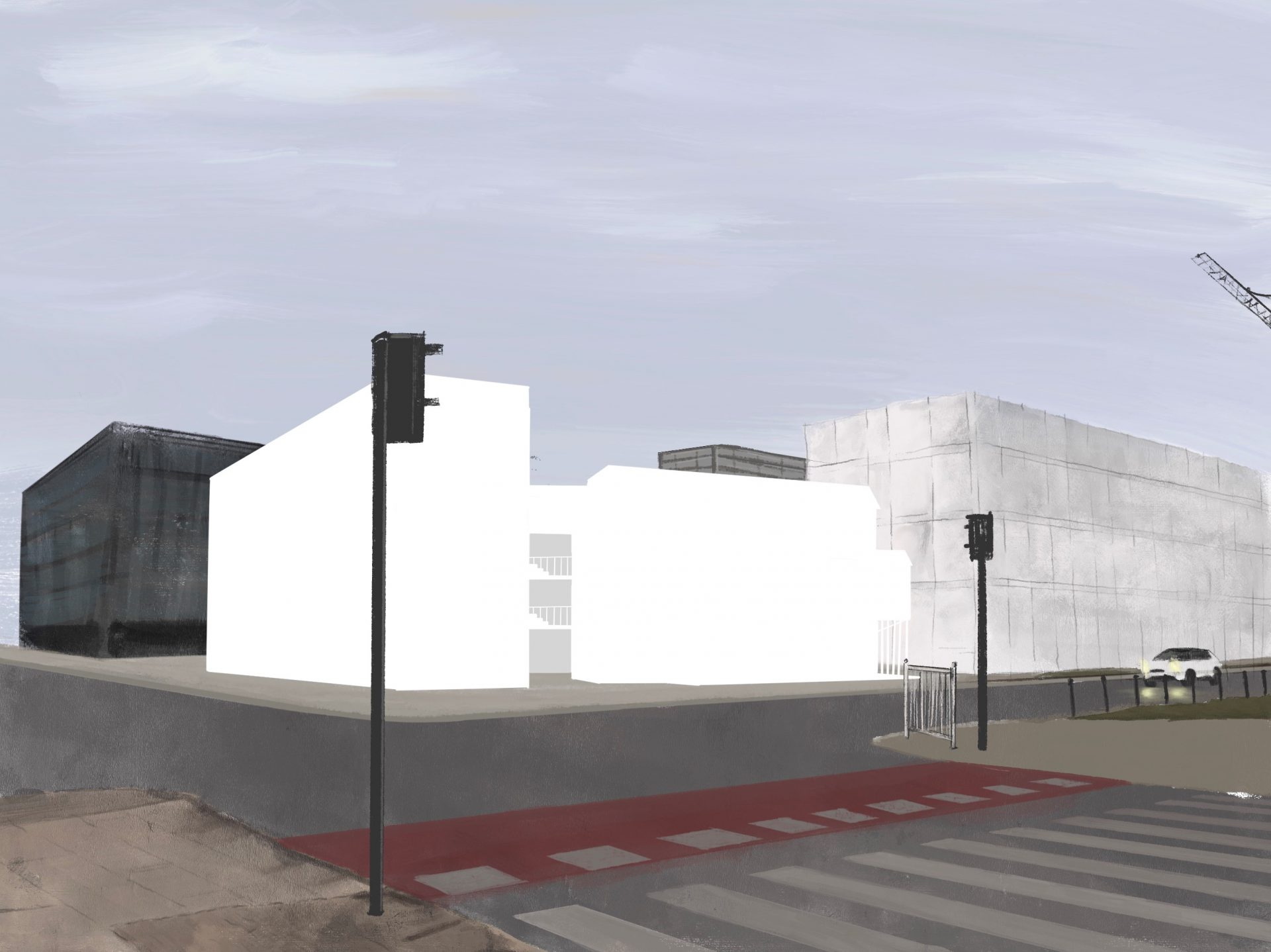 View on the museum from the street 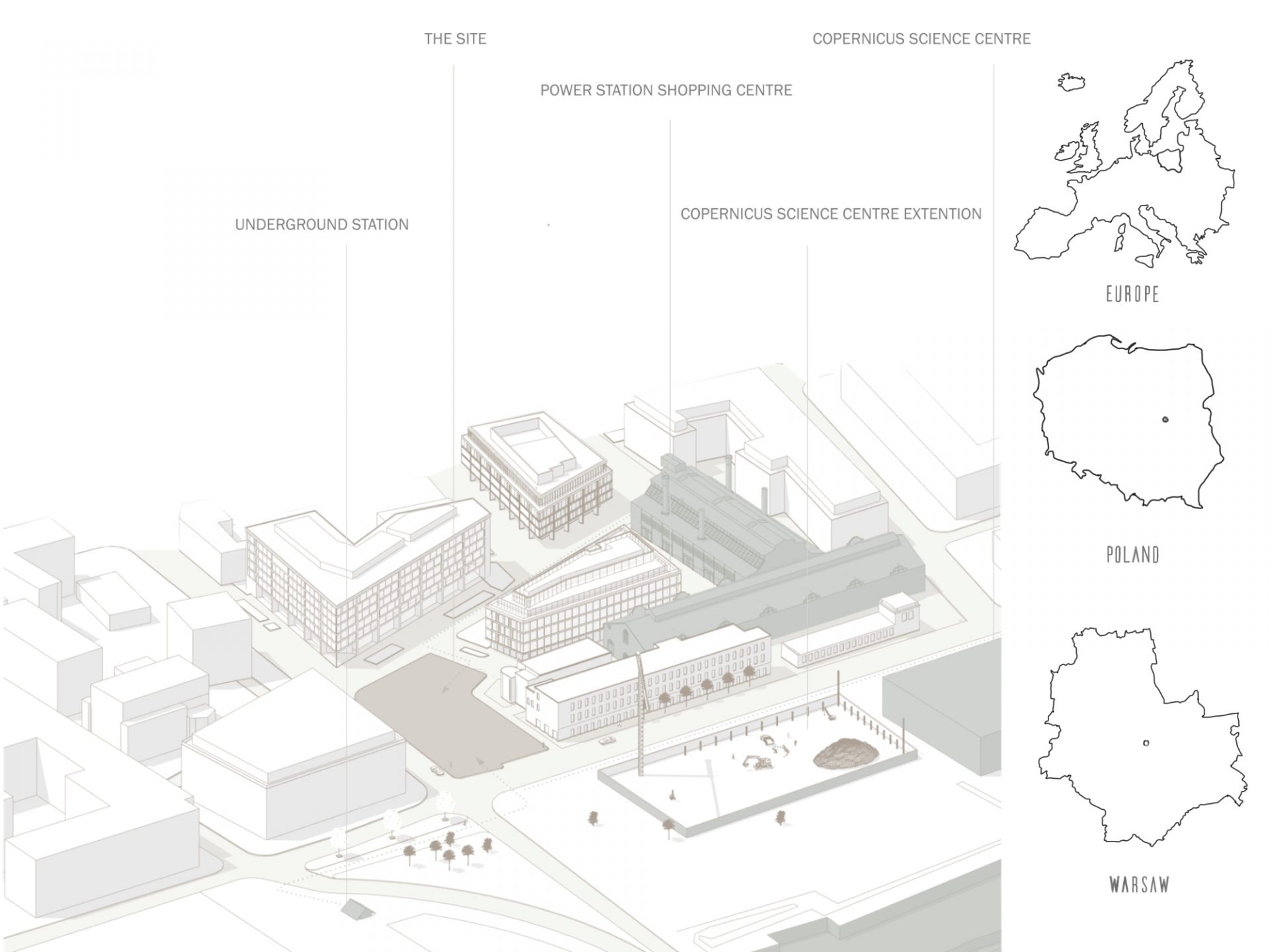 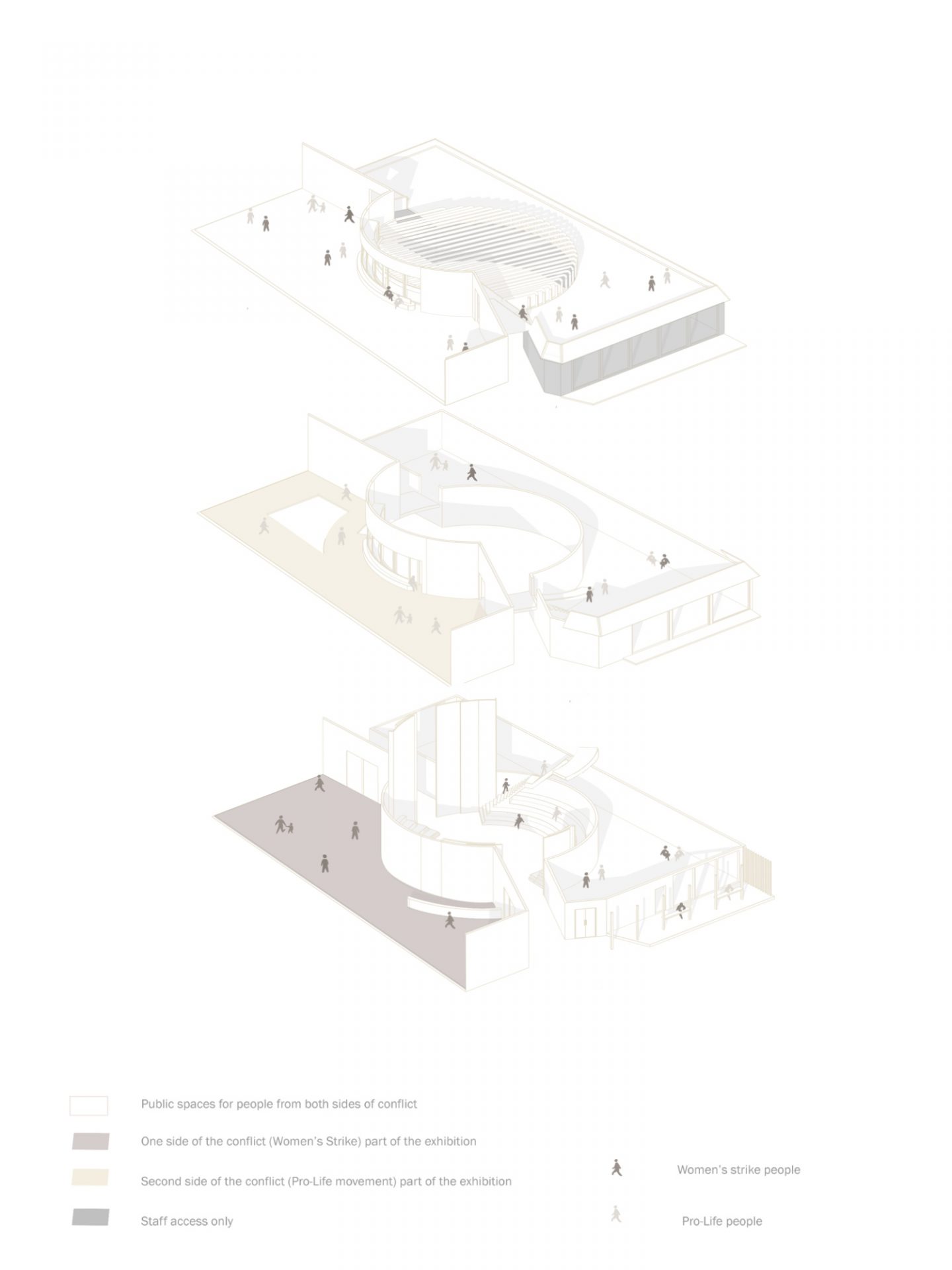 Exploded axonometric of the museum spaces 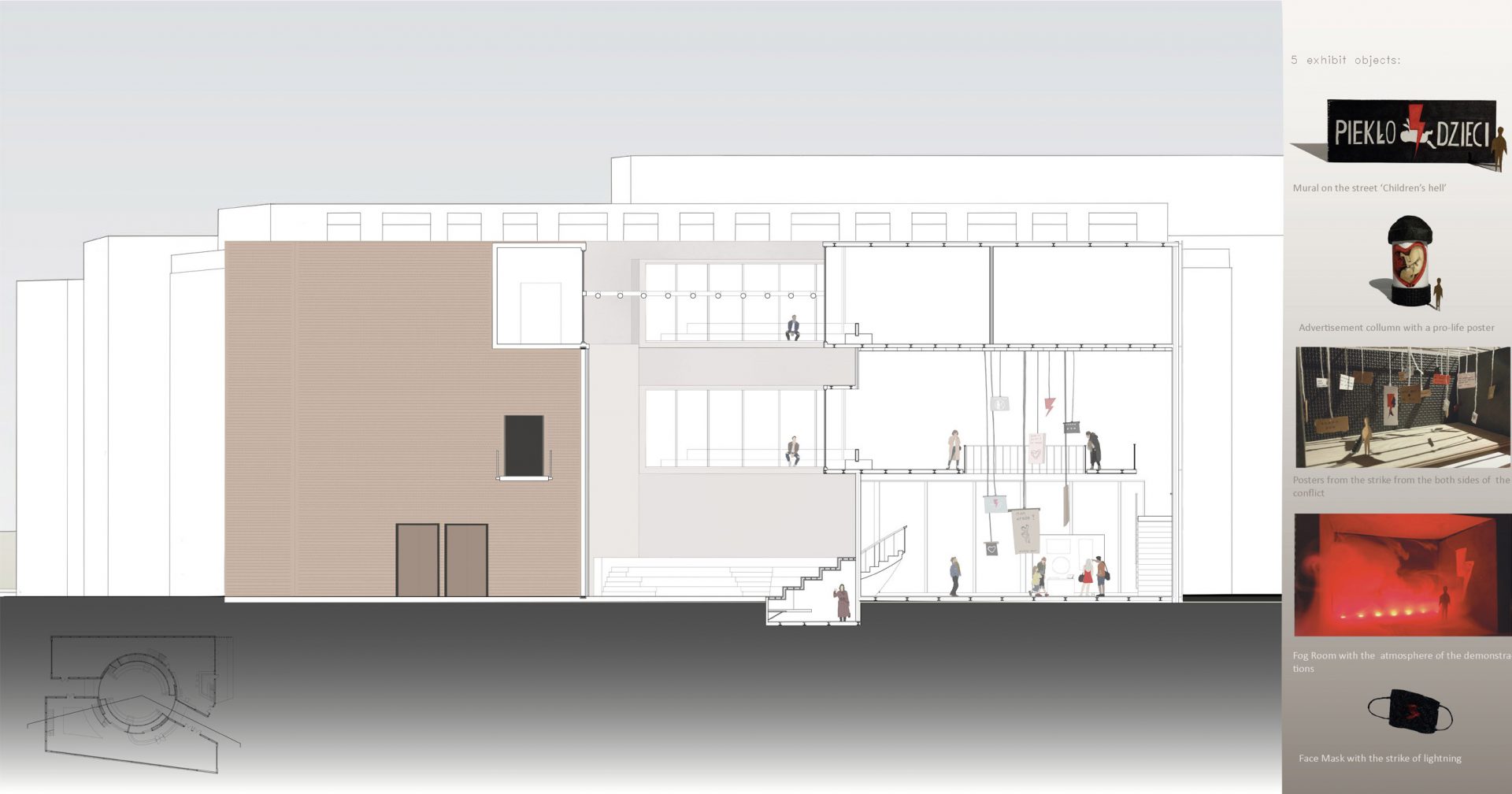 South Section through the exhibition spaces with exhibit models 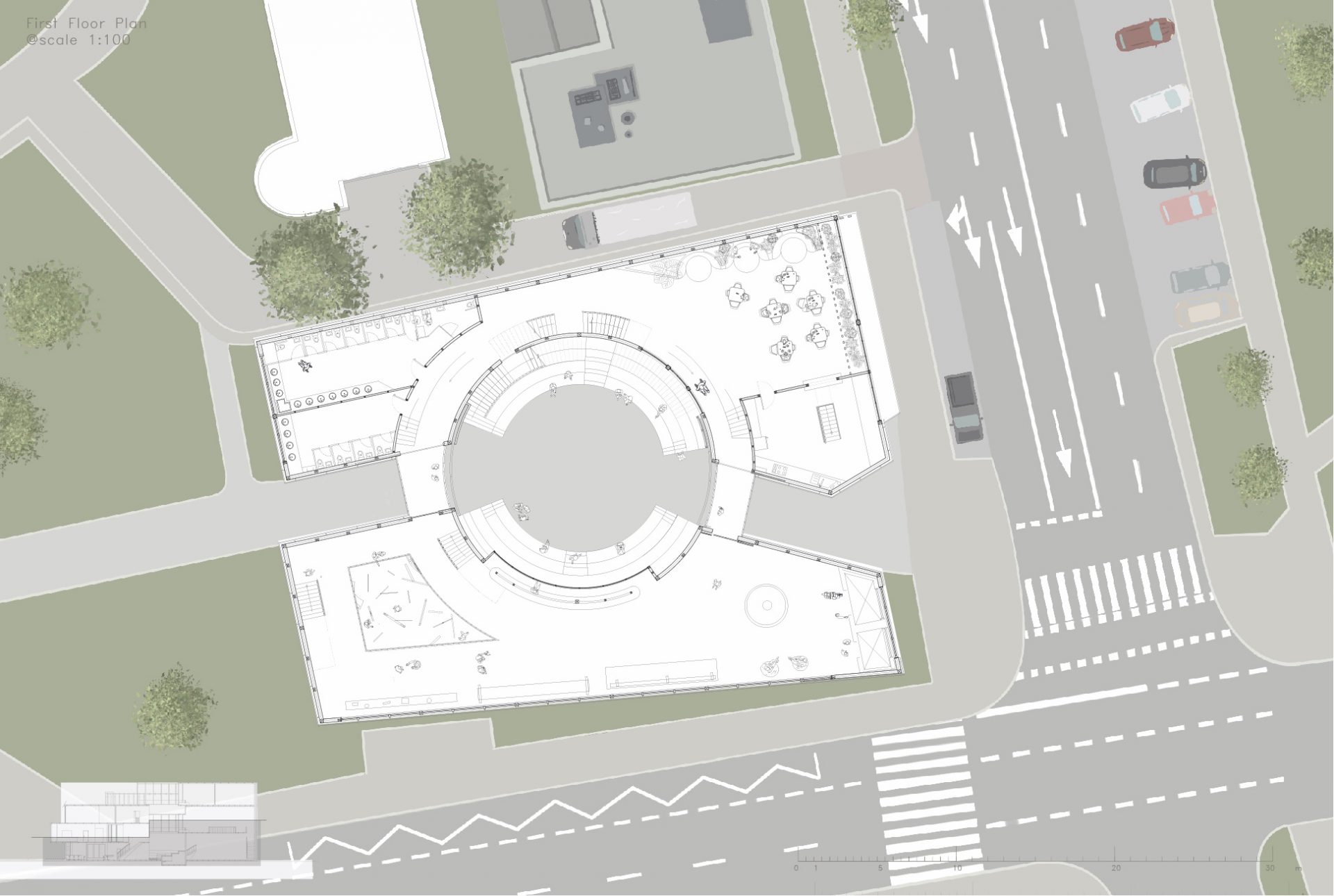 Ground Floor of the museum 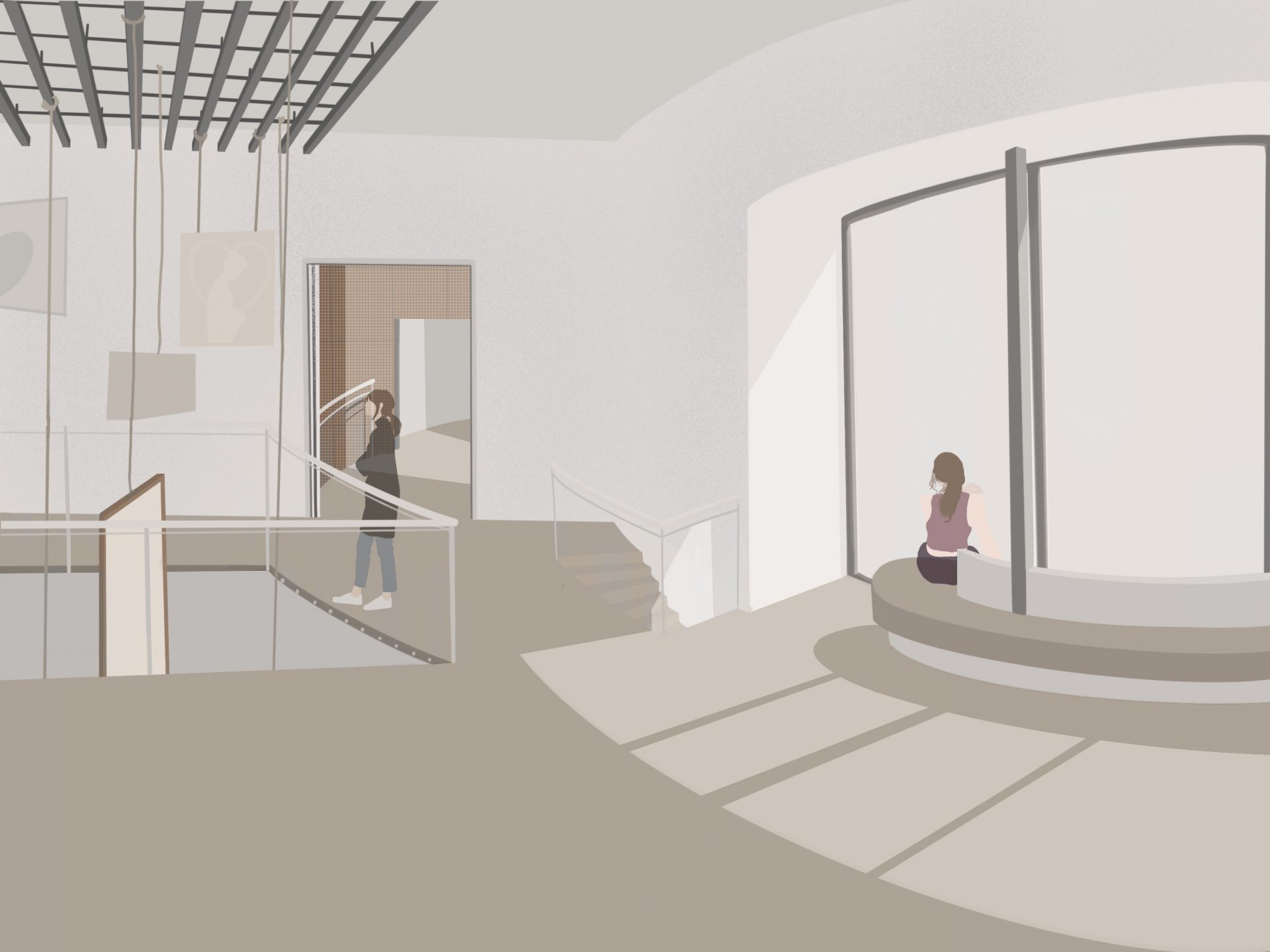 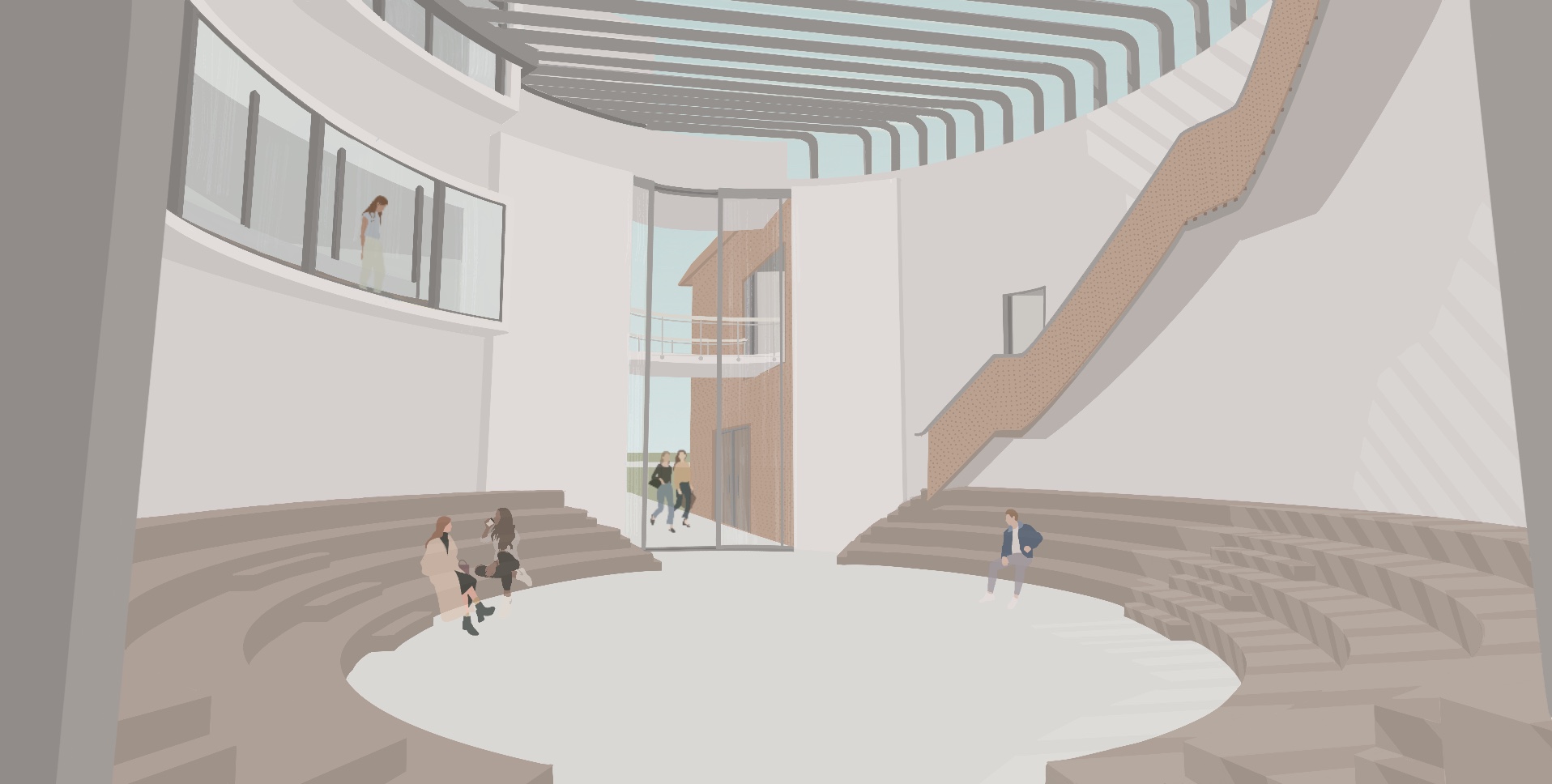 I designed R(apid) R(esponse) Museum of Debate in Warsaw to create a place that brings people together. Where people from two different sides of political Conflict can learn to talk, discuss and express opinions in a peaceful manner. I was inspired by the Women's Strike in Warsaw, where Women from Poland protested against fully forbidden abortion. Since then the conflict of 'Is it killing a human being or not?' started and people in the whole country were arguing in that matter through manifestations, riots, and other media. The central space of the building is a 'debate space' where there is no division between people. Exhibition spaces are located on the left wing of the building. The exhibition for one side of the conflict (Women's strike) is on the ground floor, and the exhibition for the other side (Pro-Life movement) is on the first floor. They're both 'connected' by the opening on the floor in which posters and banners from protests are being hung up and visible from both exhibitions.

Animation showing history of the site. Before WWII, during it,, now and possible future