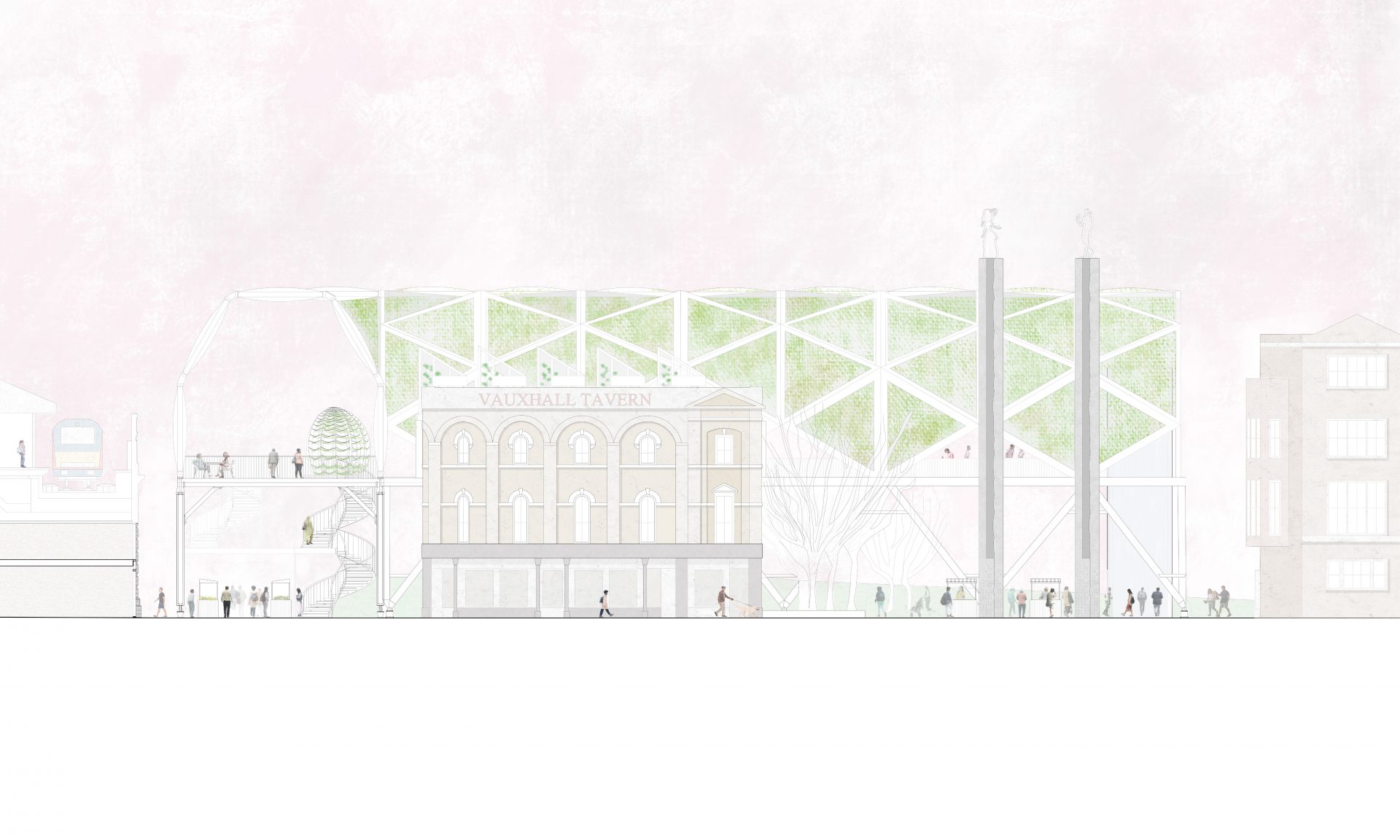 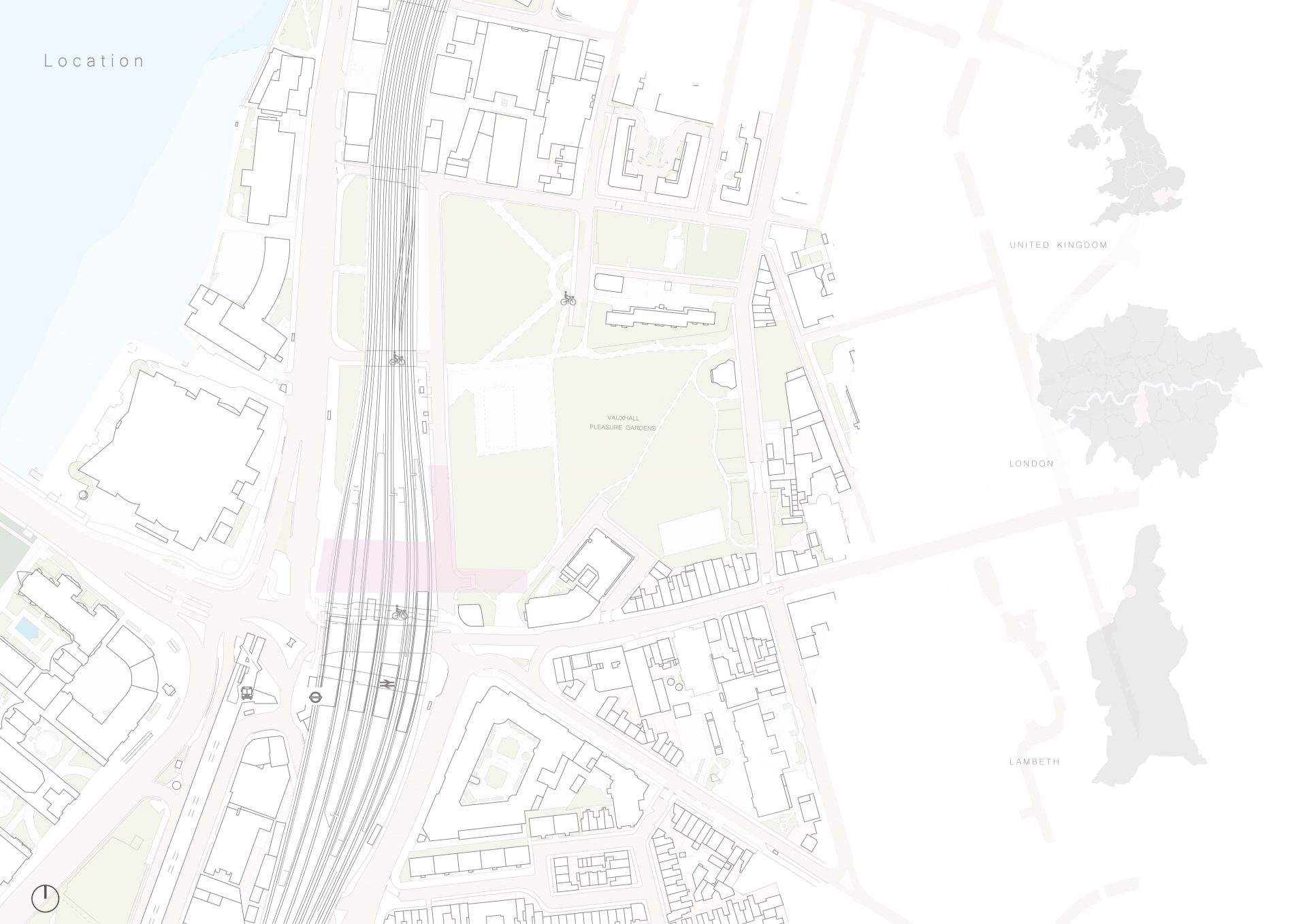 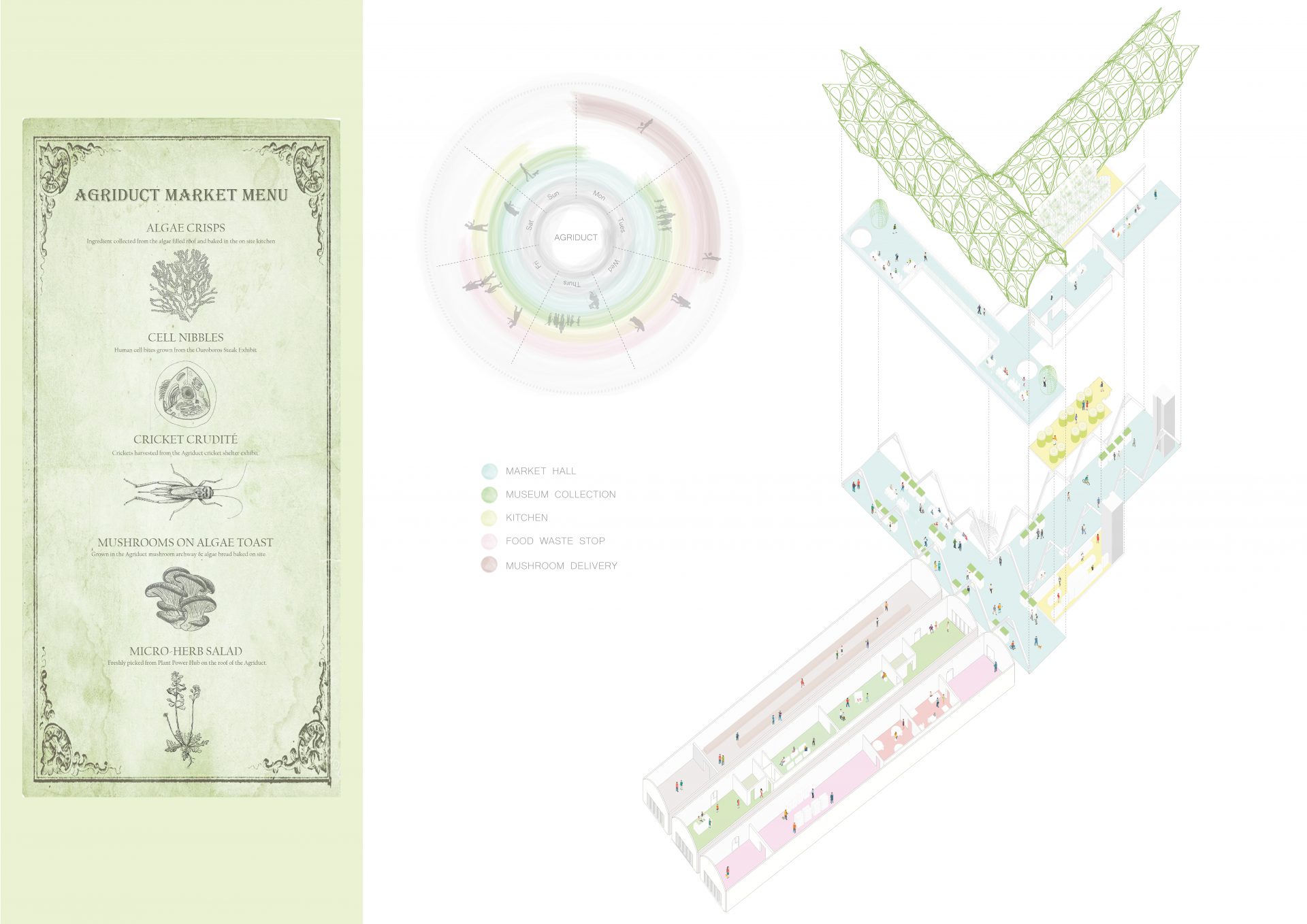 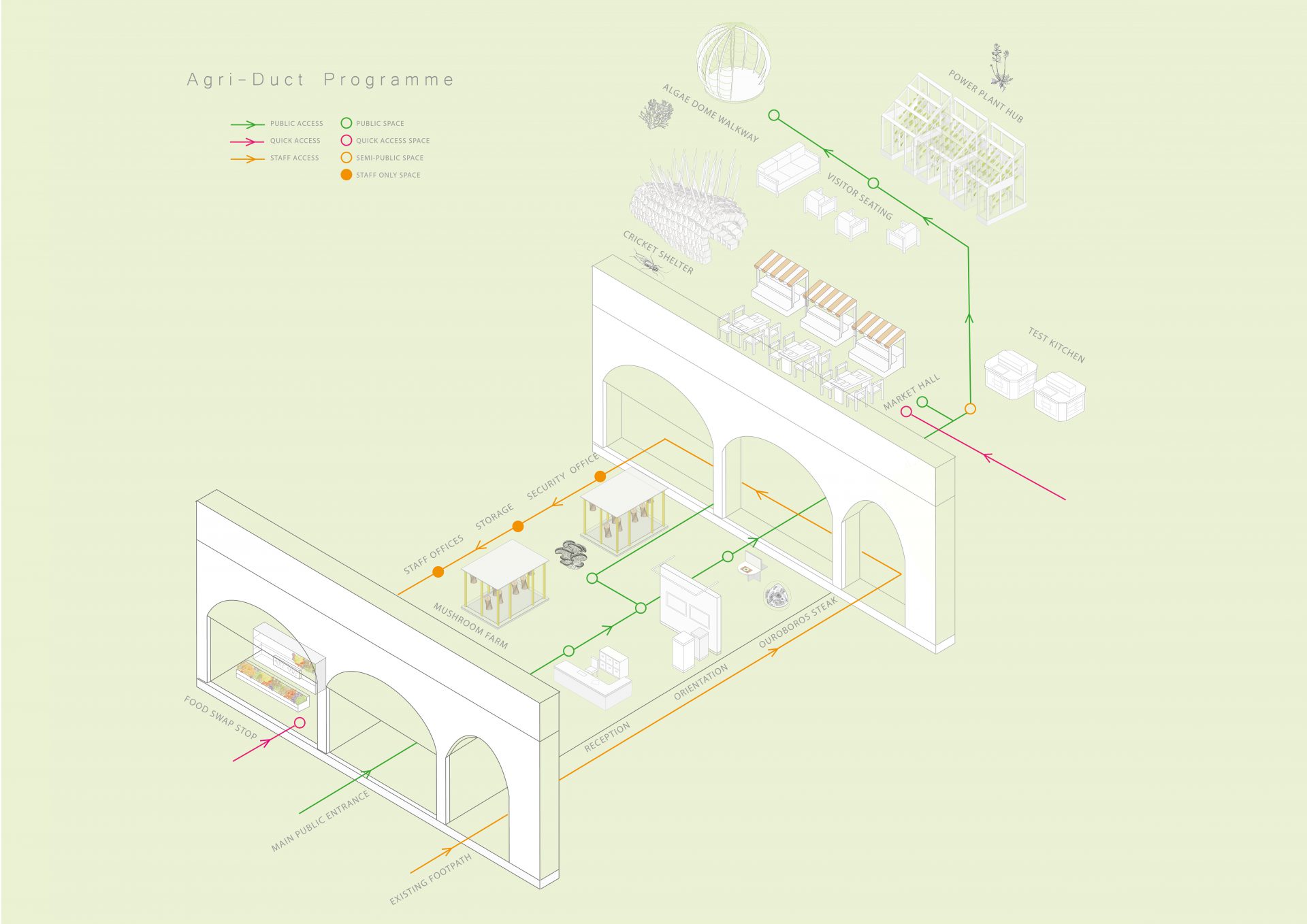 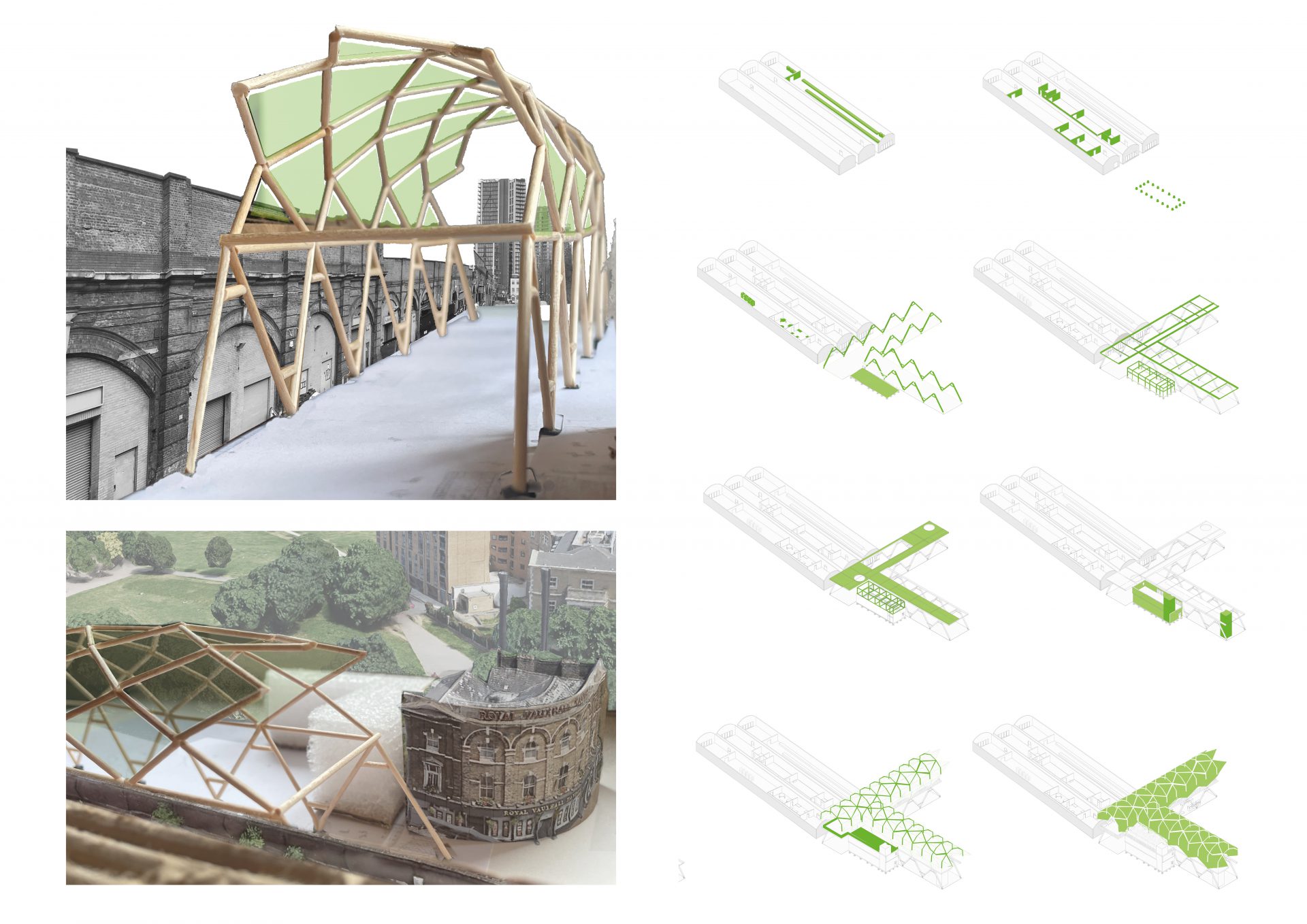 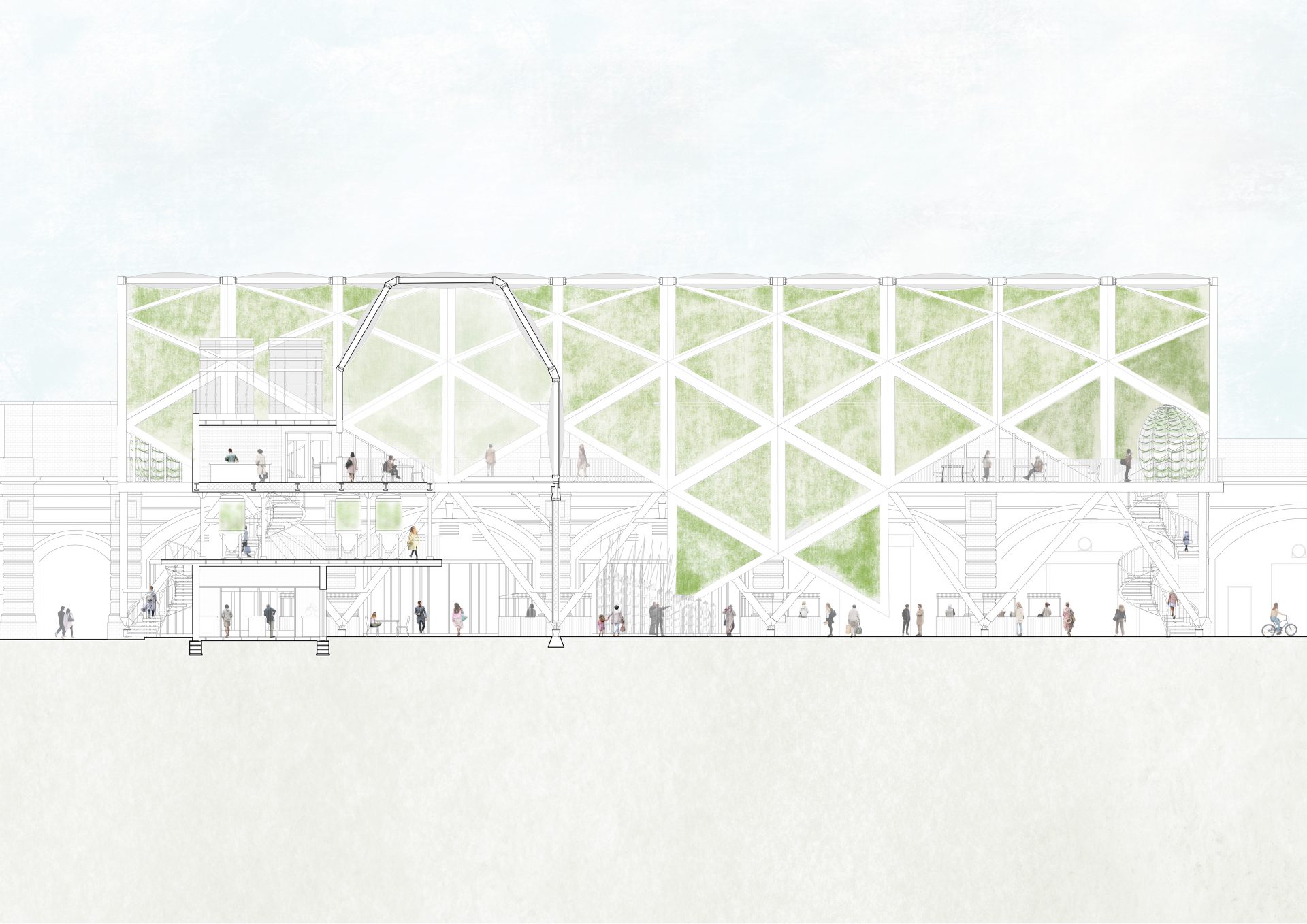 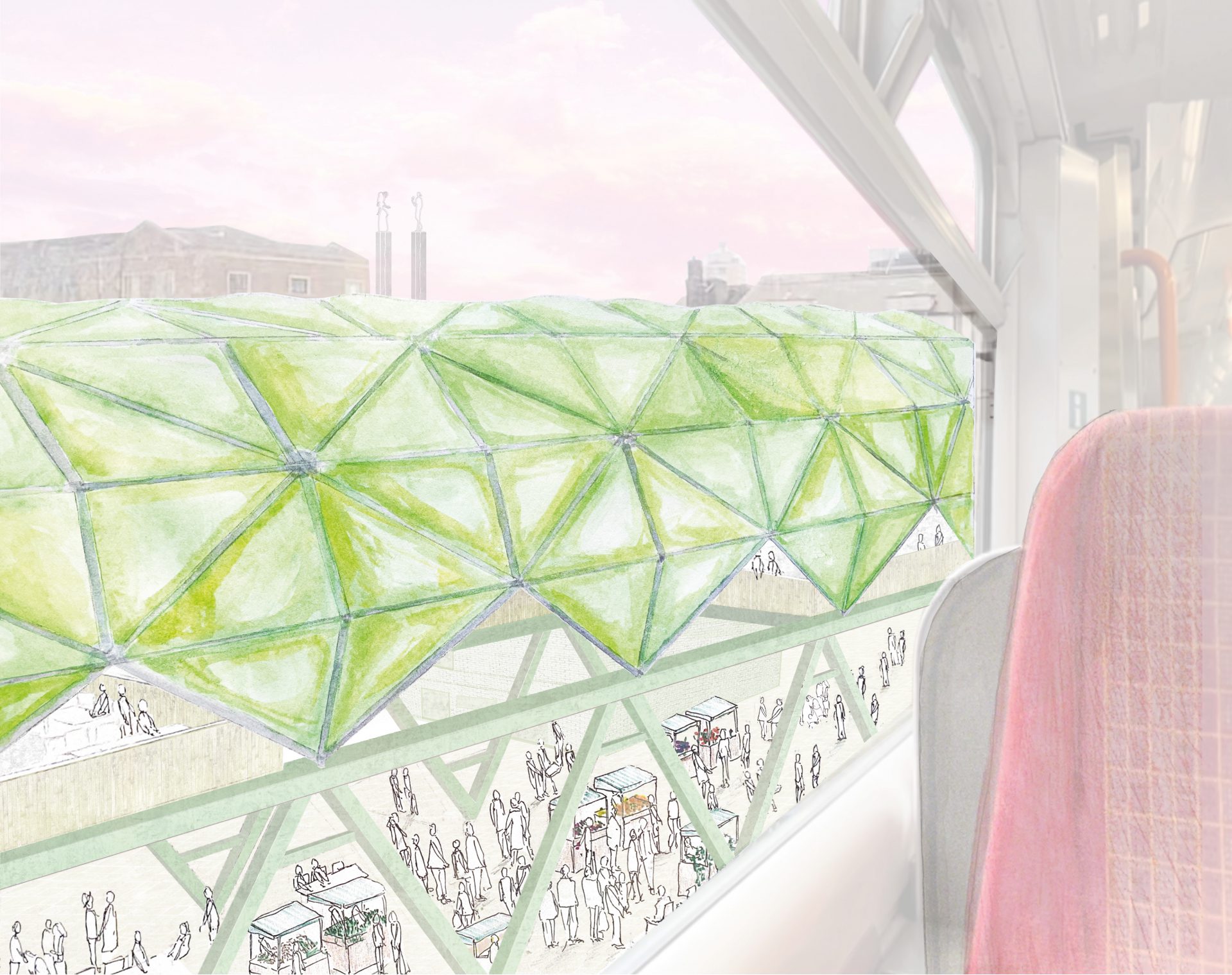 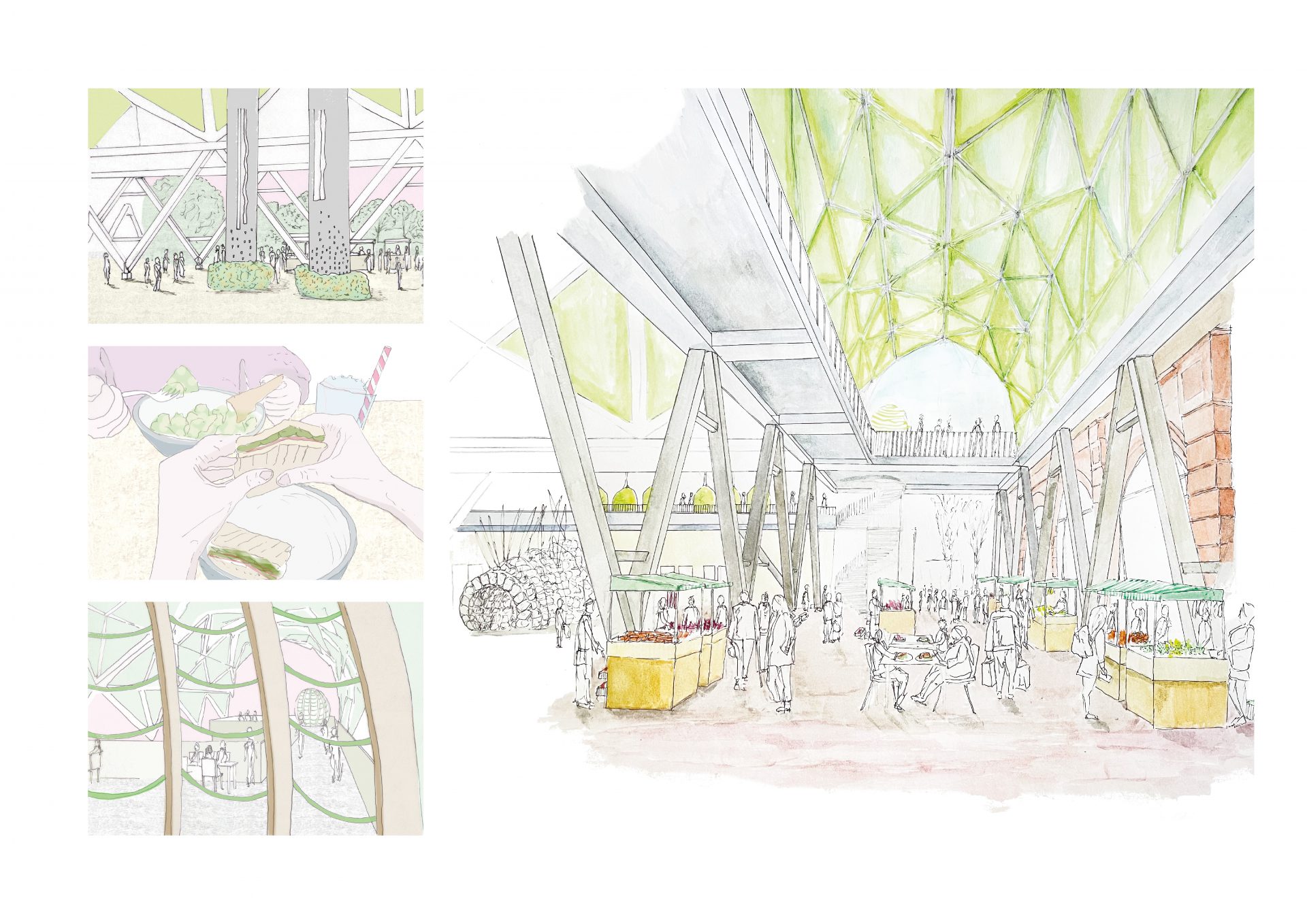 The Agriduct is a food technology museum and market located in Vauxhall Gardens and railway arches. The museum exhibits a collection of live installations that display alternative agricultural techniques, combined with a marketplace where produce can be sampled and sold from the alternative agriculture live installations. It is a community space for people to grow, eat, celebrate, and learn about different methods of food growing. This project has been developed in response to the need for alternative methods of food production in order to feed urban populations. A key concept for this building is that the building fabric works to produce food, for example with the climatic responsive roof, which produces edible algae. The United Nations has estimated that in order to feed the human race, food production will need to increase by 70% by 2050, as the world’s population will grow from today’s 7.5 billion people to 10 billion, with 80% projected to live in cities. With only 10% of the worlds surface suitable for traditional agriculture the Agriduct museum offers alternative methods of food production and test bed through a market from which future food can be distributed.

Animation of the Agriduct Project in action, some of the sounds were recorded during visits to the site in Vauxhall.