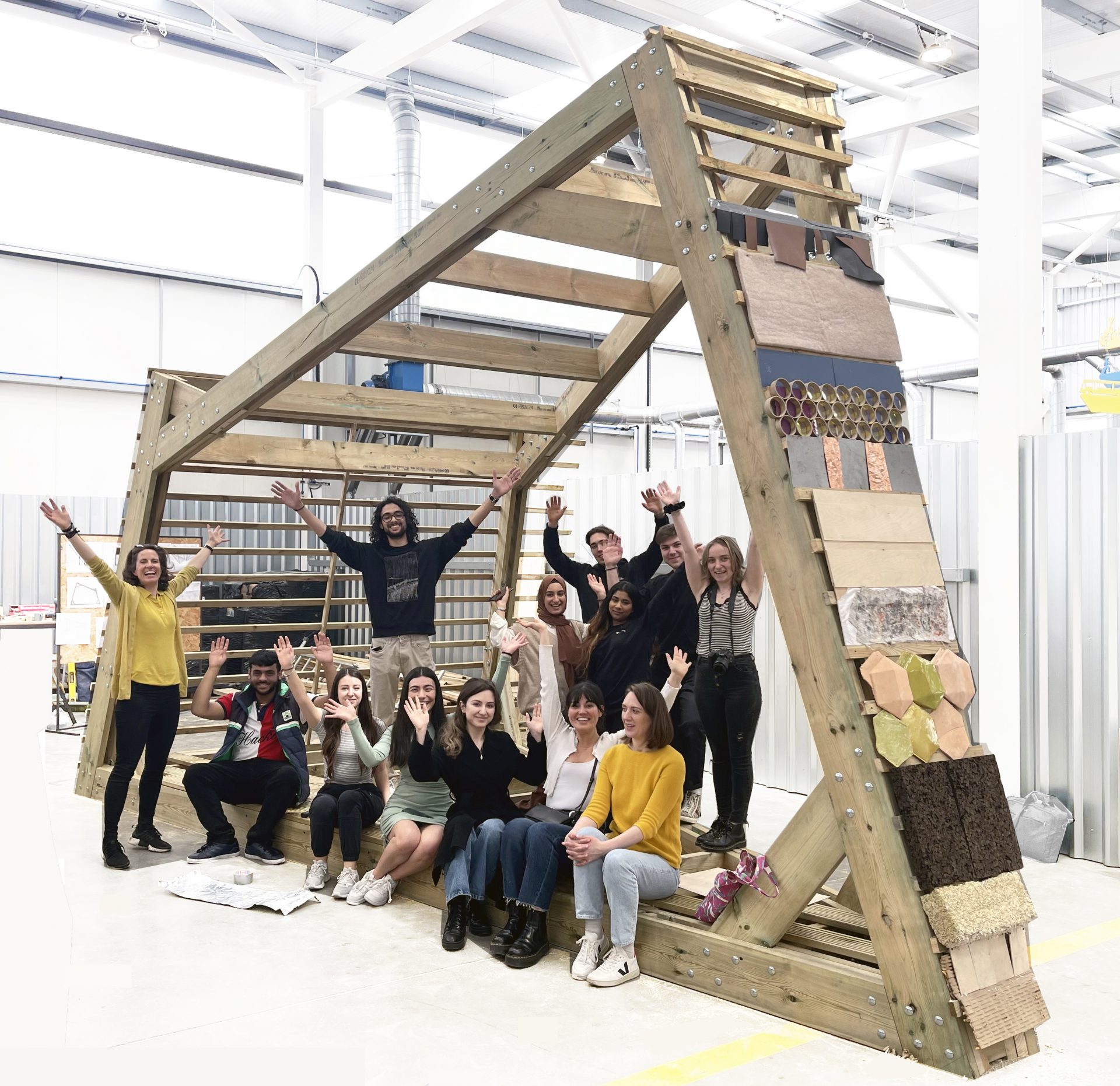 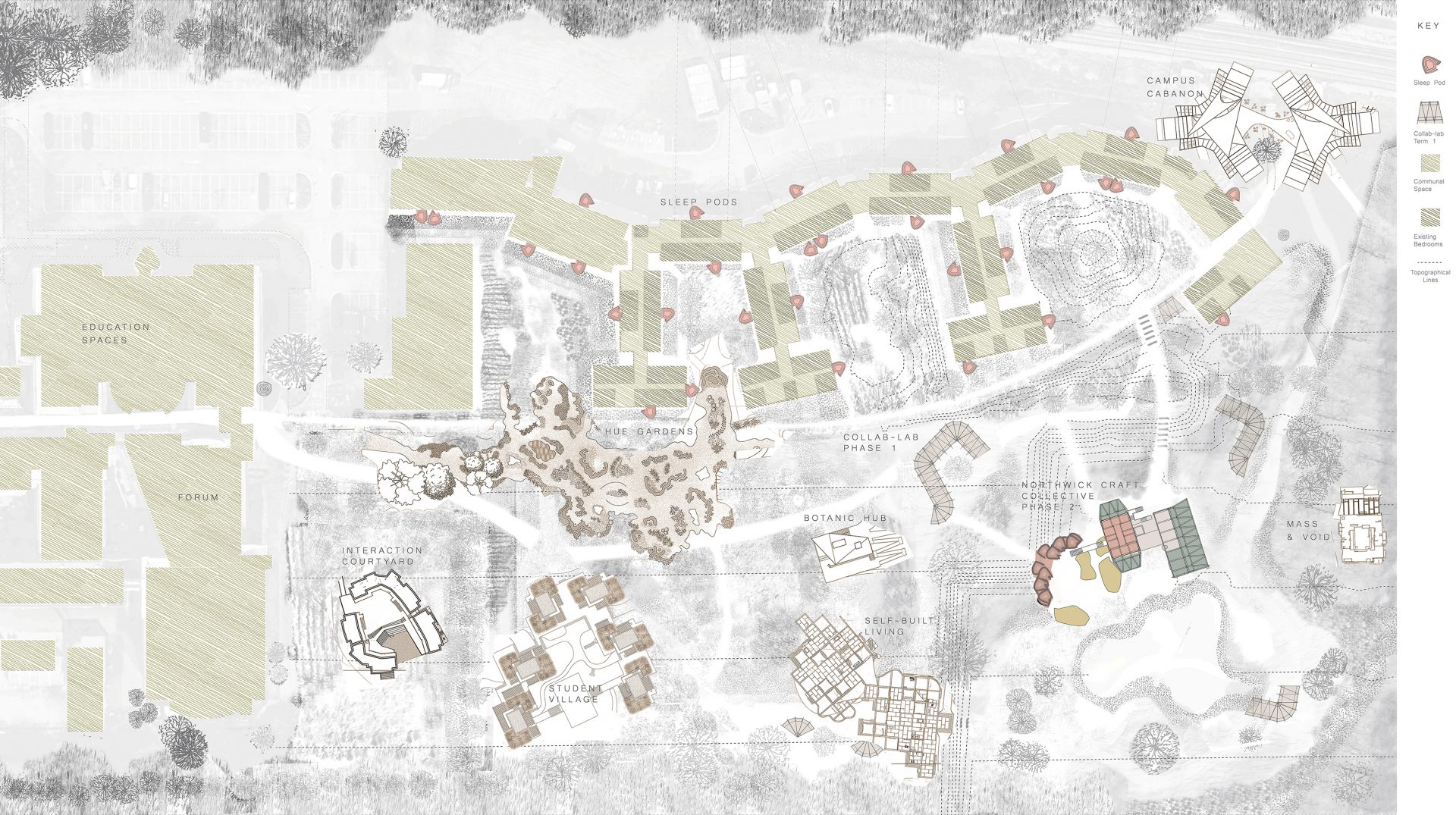 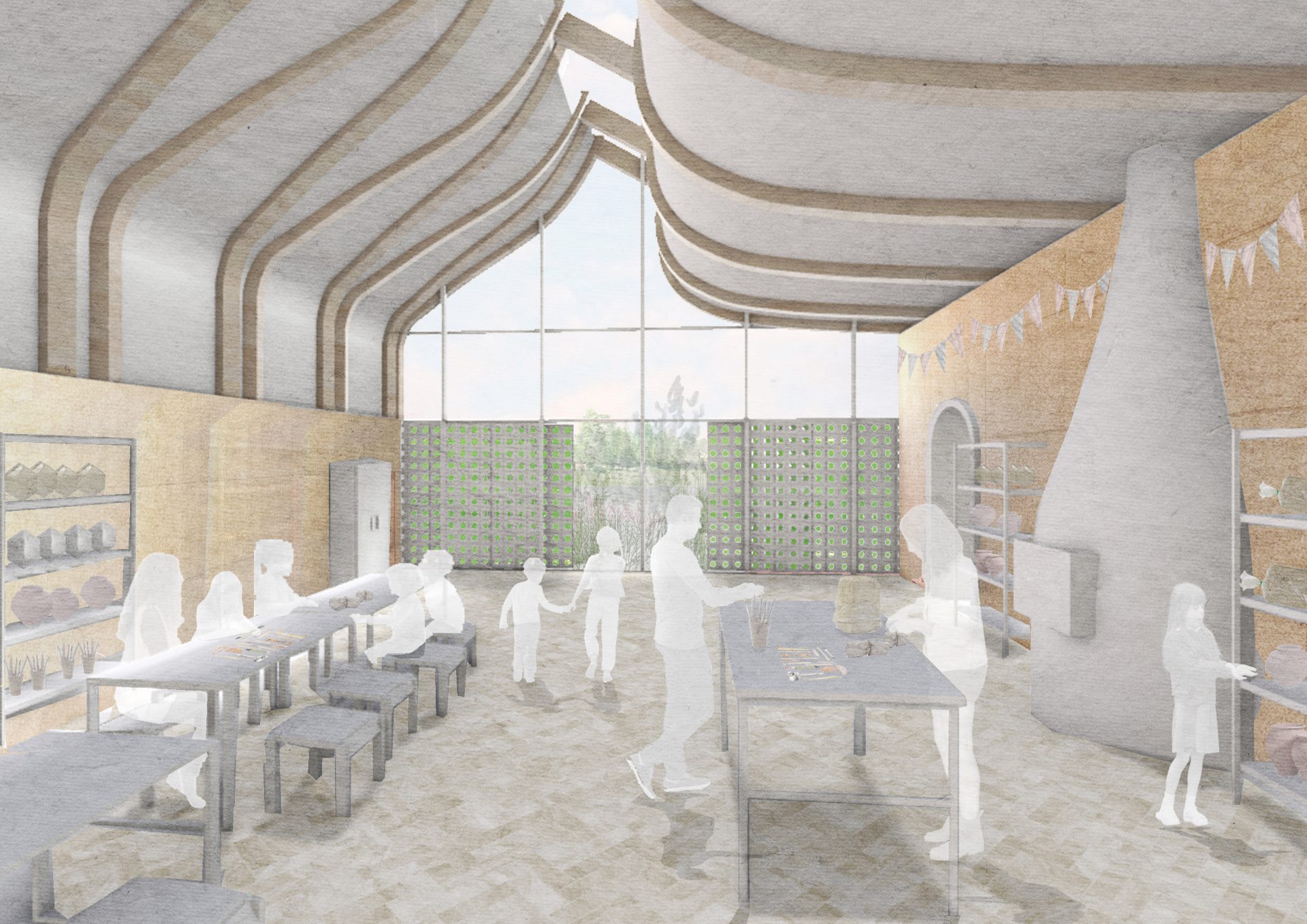 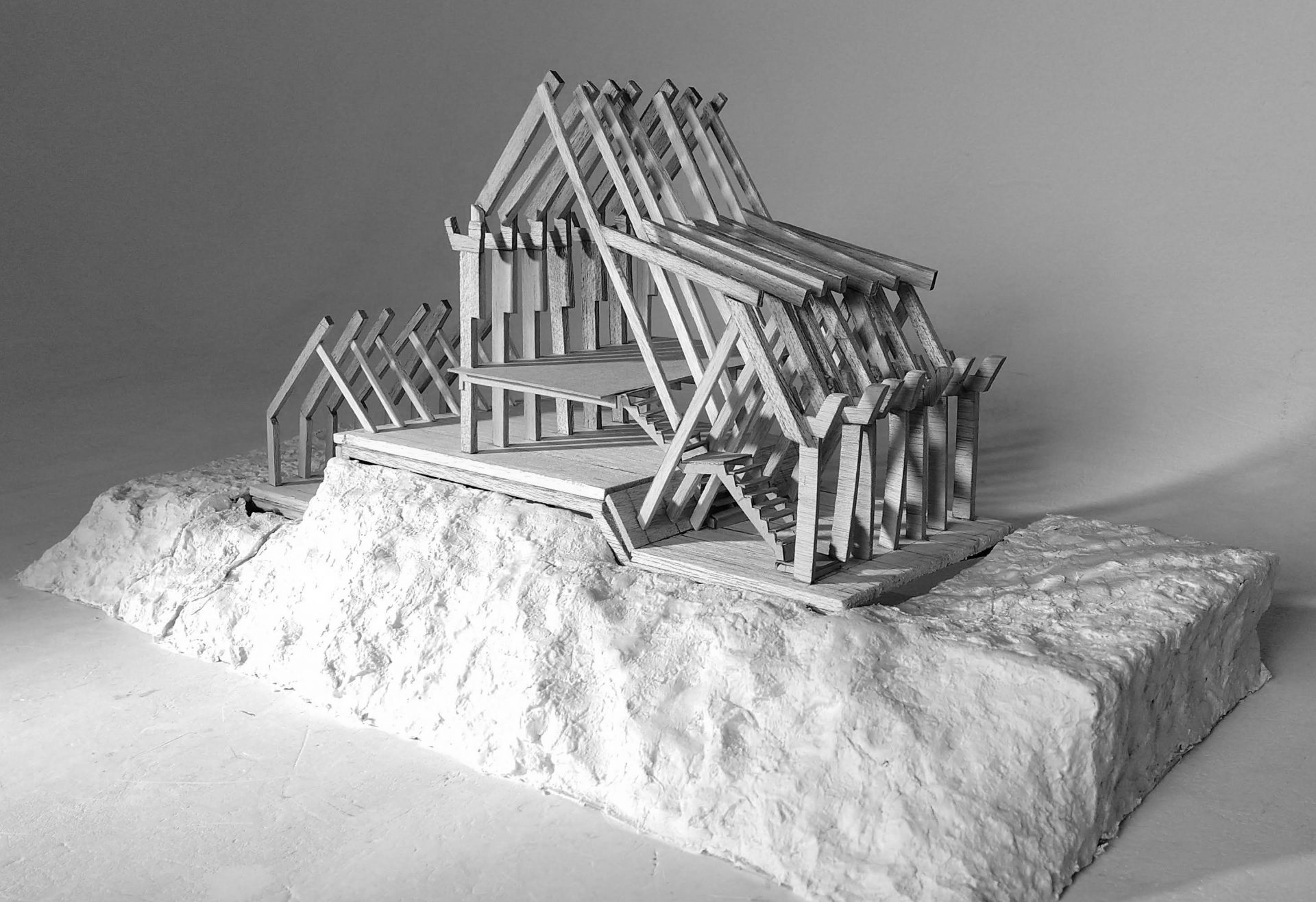 Structural Model of COMMUNITY MASH UP proposal by Arjun Bansal 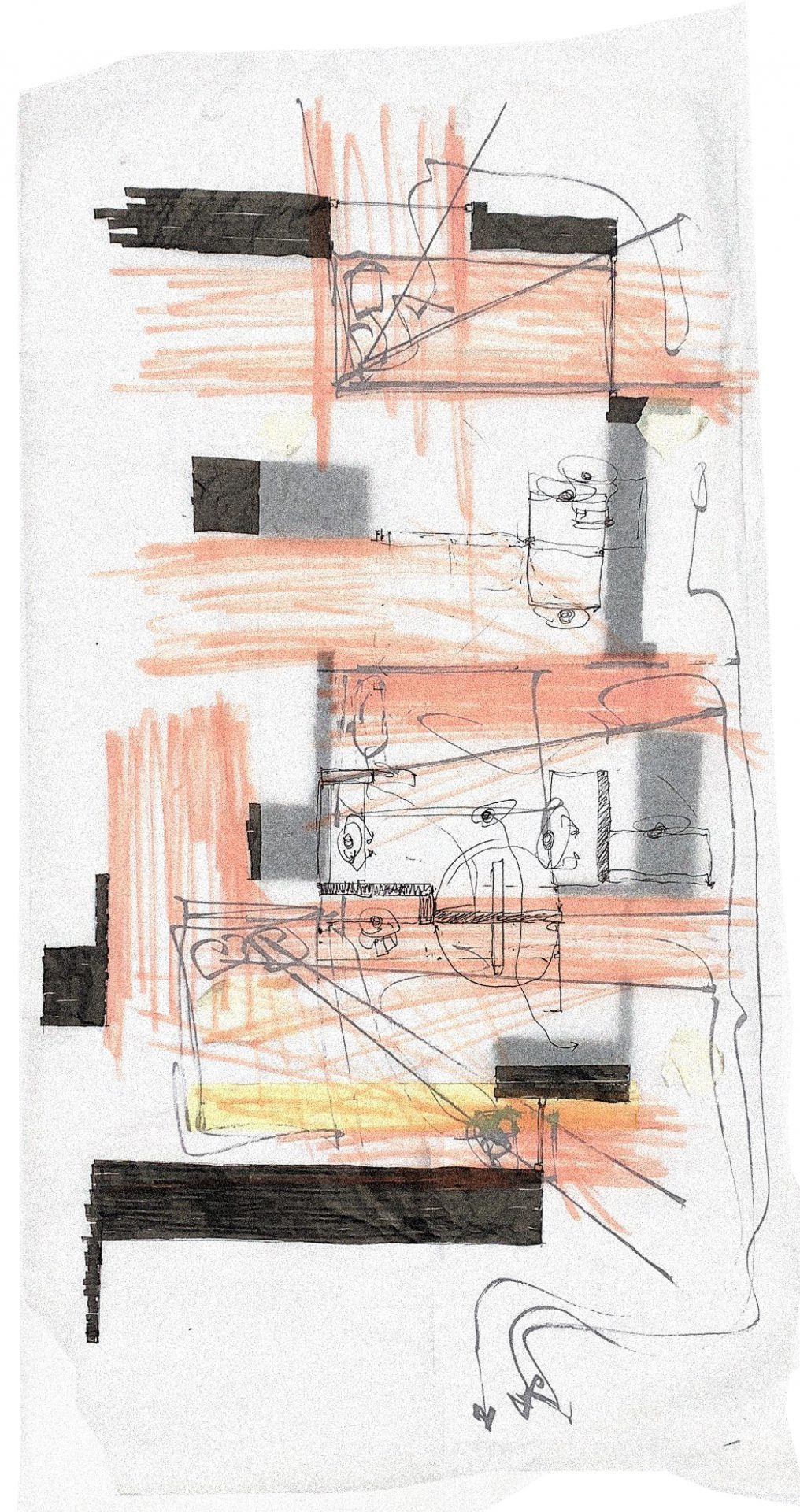 Maria Kramer has established the Live Design Practice, a platform for staff and students to work on a wide range of Live Projects, to act as an innovation accelerator and to build up new collaborations. www.openstudiowestminster.org/beyond-studio/live-design-practice/ Maria is a member of the Part III team and founded the award-winning studio Room 102 ltd in 2011. She is interested in combining co-creation, making and live stakeholder engagement with action research, as well as the changing role architects play in the built environment.

Bruce Irwin studied art and architecture at the Bartlett and Rhode Island School of Design and has lived and worked in New York and London. His practice combines design, teaching and curating. He is a founder and co-director of SCAN Projects, a not-for-profit initiative that supports emerging artists. SCAN operated a project space in East London for five years, and organised exhibitions in London, Spain, and Berlin. Current projects include the restoration of a 13th building in Granada, Spain.

We are exploring the relationship between culture and nature, between architecture and ecology, celebrating the wonders of biodiversity, with a one planet and climate action approach. THIS YEAR, WE developed visions of what a campus of the future could be in the context of our very own campus at Harrow. New developments will be taking place at the site and this project is part of the Vice Chancellor’s vision to create Botanic Gardens, the brief for semester one. In semester two students, developed a hybrid programme for student living, including ideas such as local community involvement, outdoor learning, acoustic gardens and a self-build campus. We initiated stakeholder engagements, interviewing a wide range of local students and staff about their needs and aspiration, based on which ideas were developed, including promoting wellbeing, physical and mental health, as well as expanding social interactions and inclusivity. The participatory activities promote a deeper understanding of on-site needs and create an awareness of the relationships of stakeholders.In parallel, we developed a 1:1 prototype of the QHT-funded community hub, which is currently displayed at the rear podium of the Marylebone Campus as part of the London Festival of Architecture. Students developed structural concepts which were integrated into a final proposal in collaboration with the structural engineer, while testing innovative 1:1 cladding ideas on the structure. 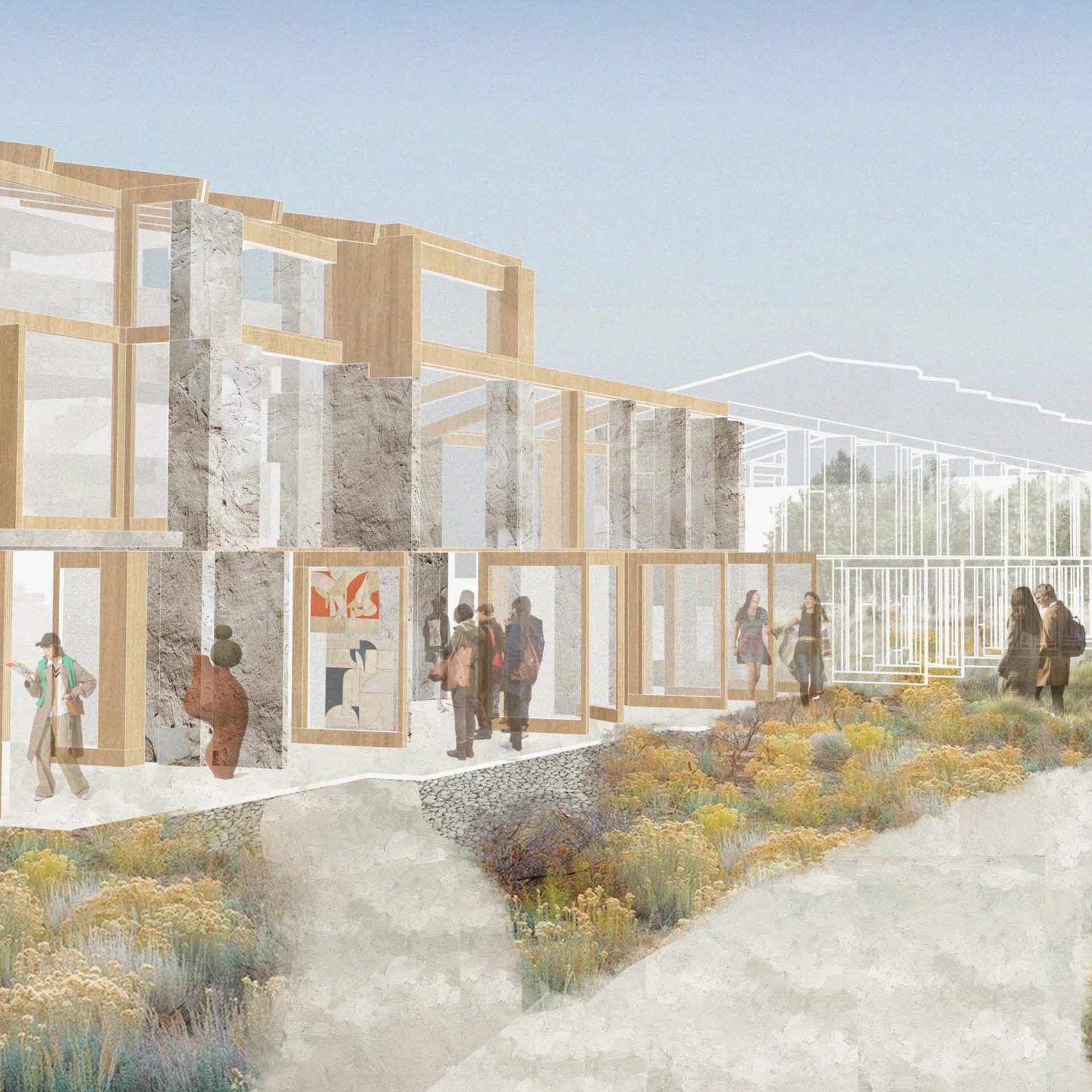 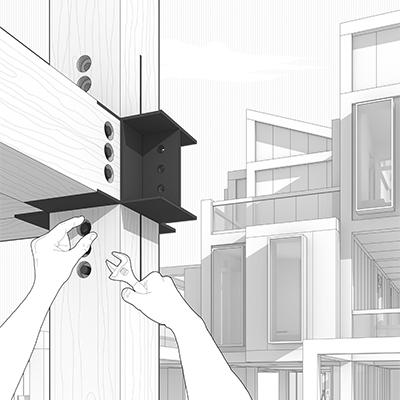 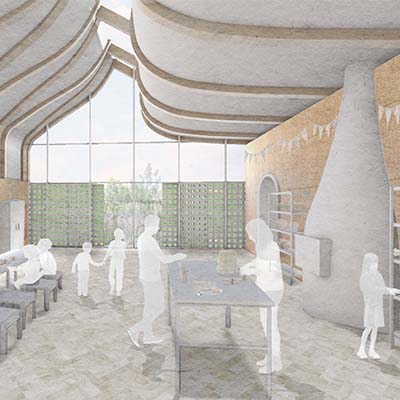 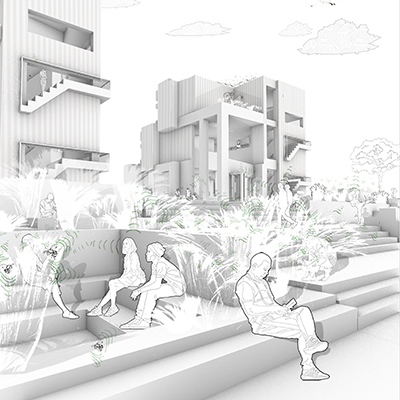 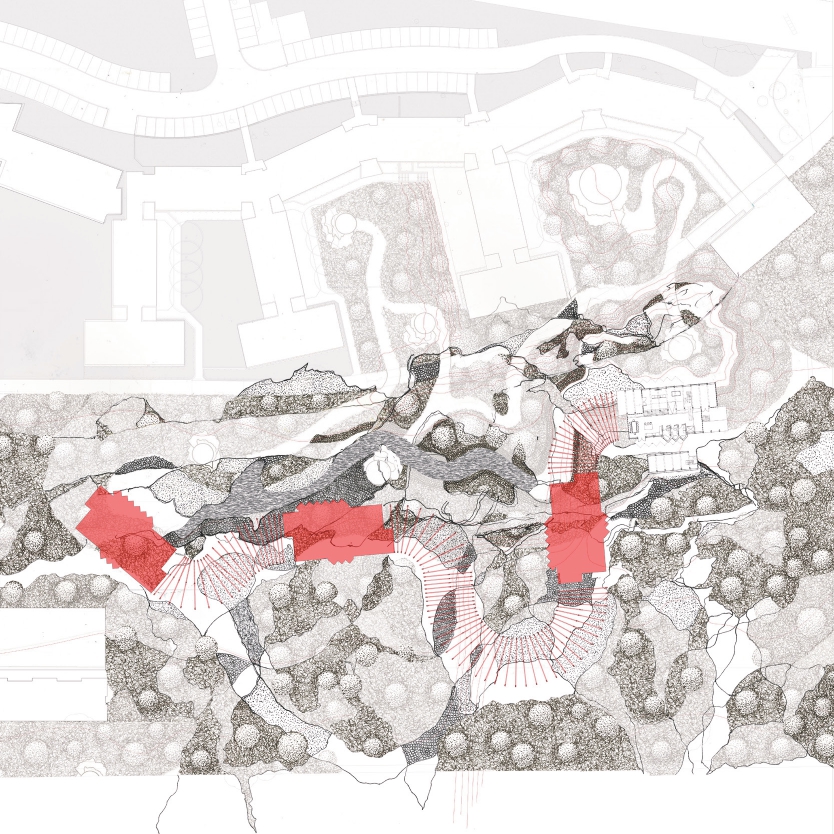 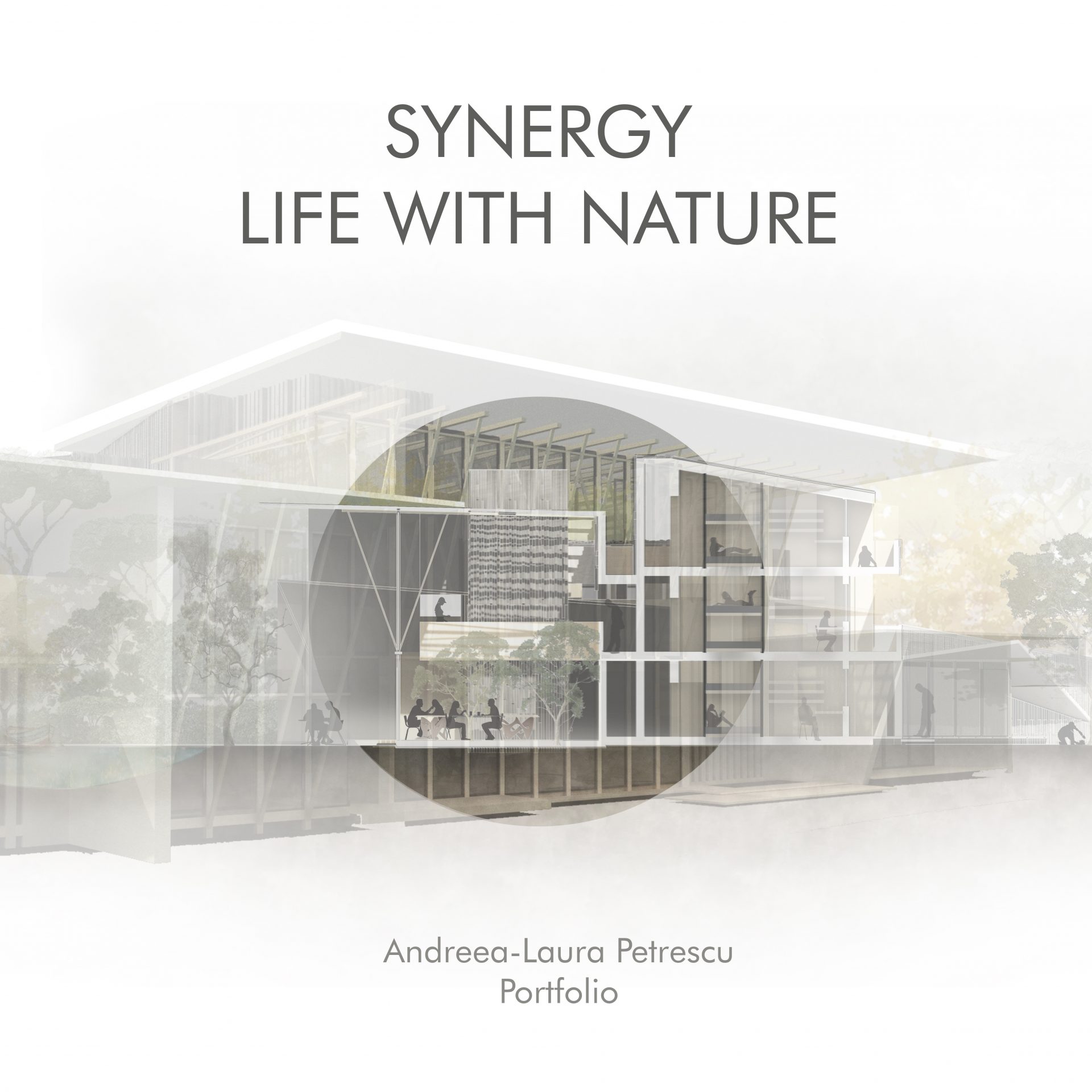 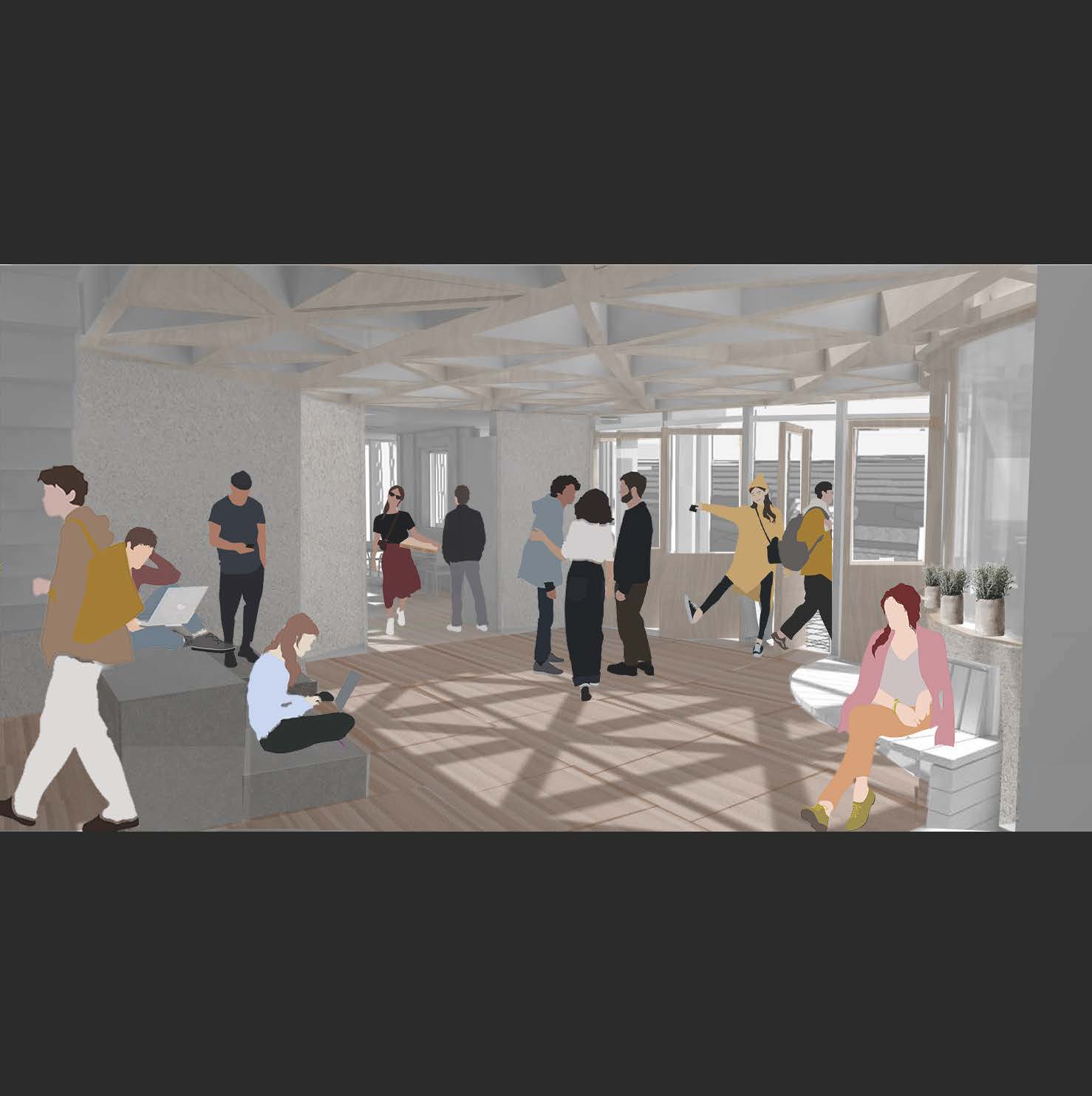 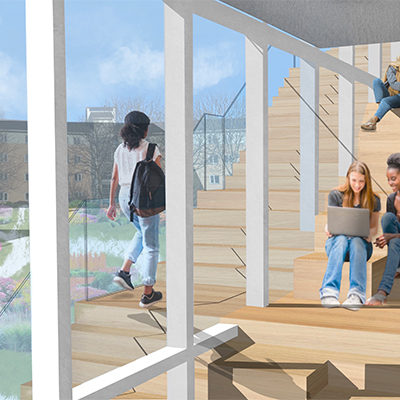 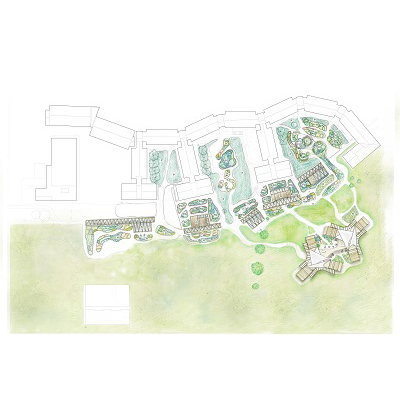