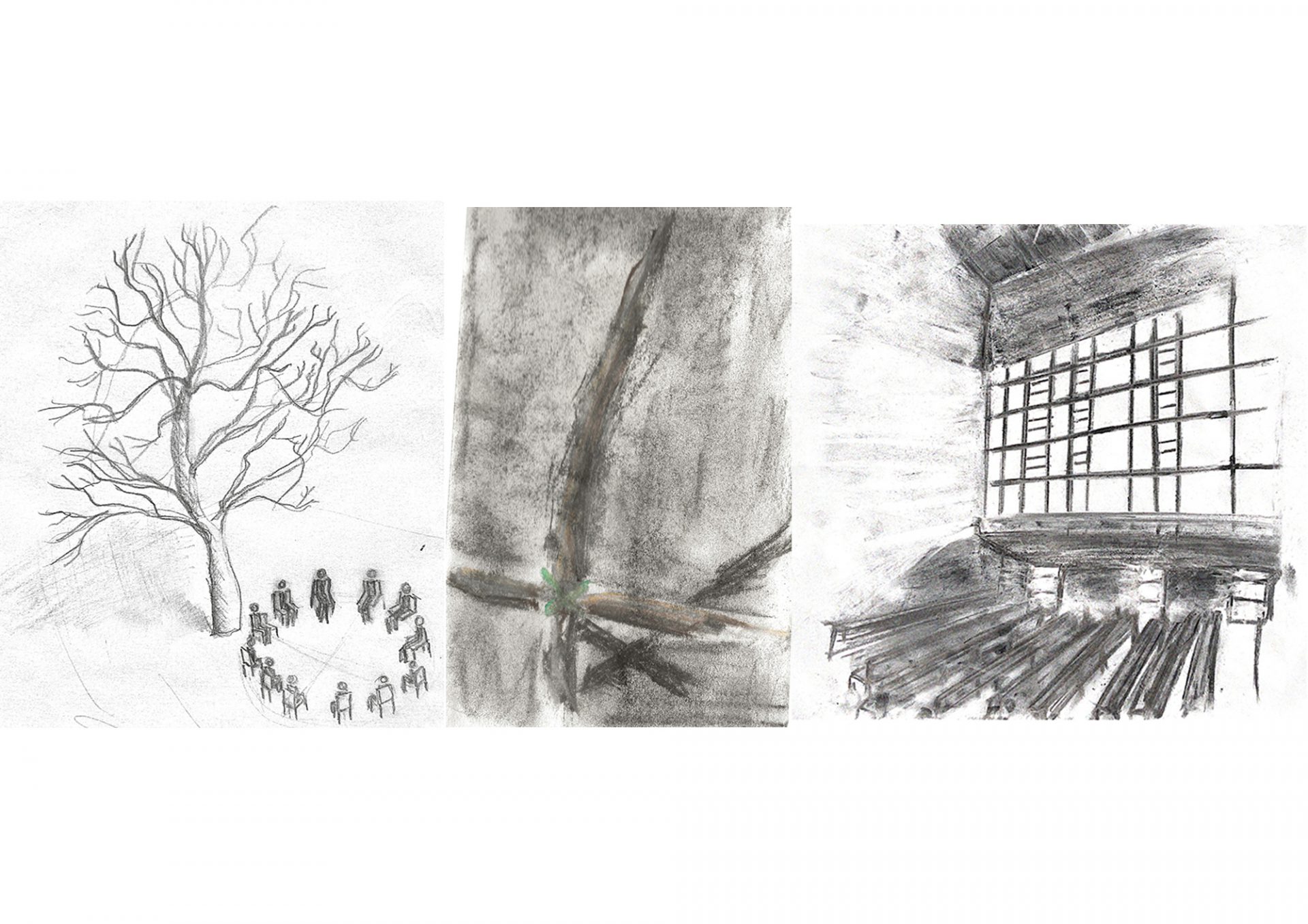 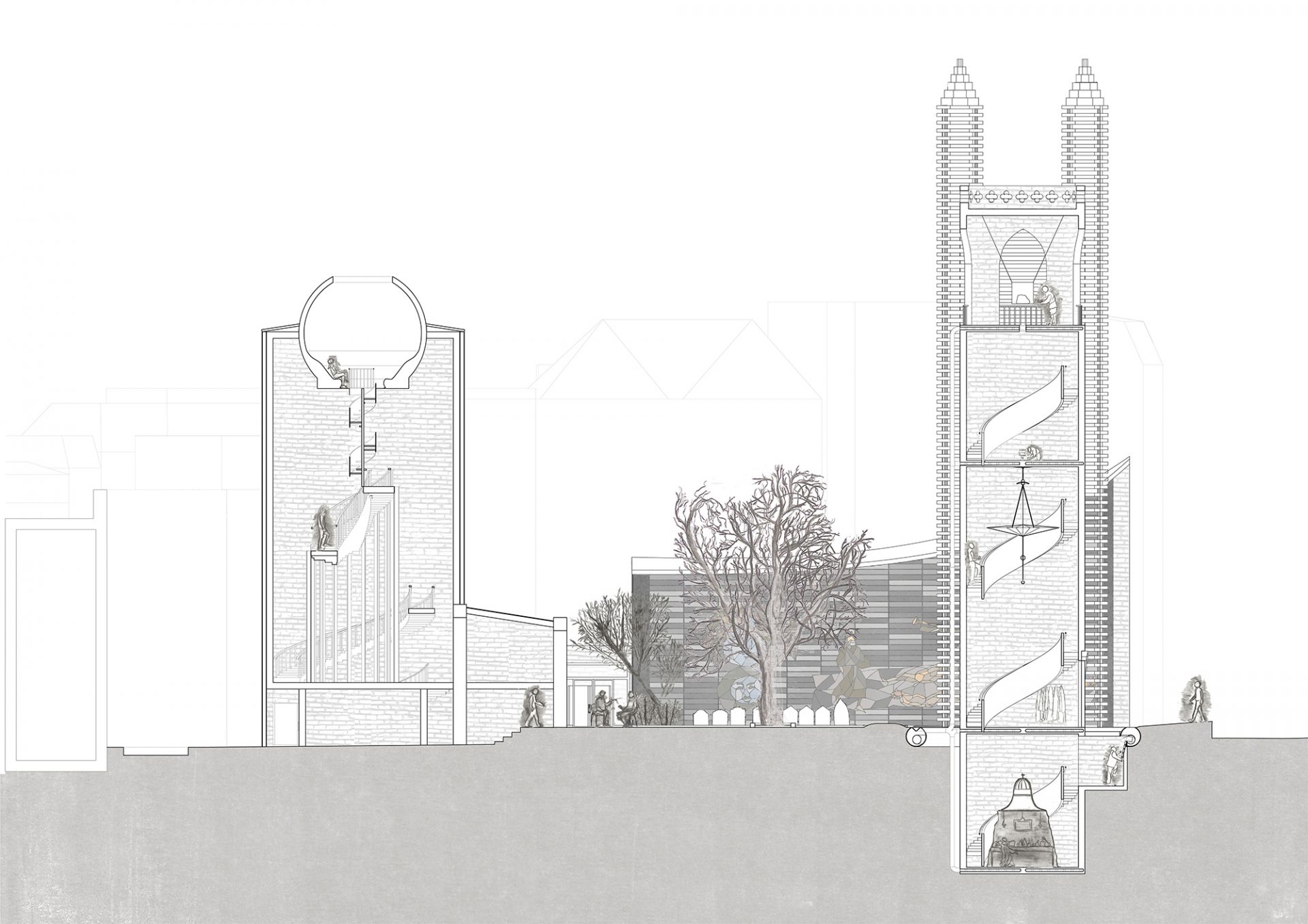 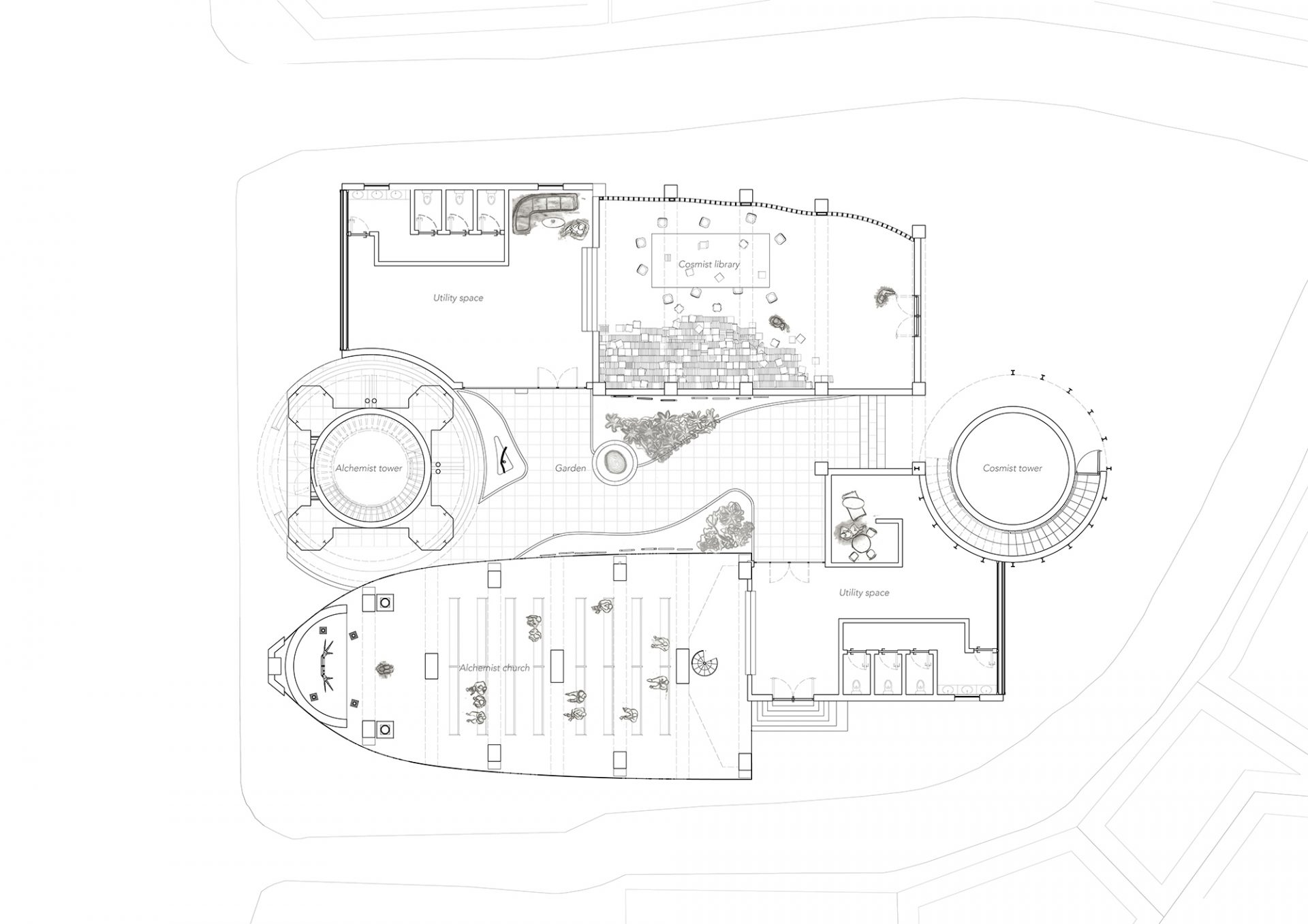 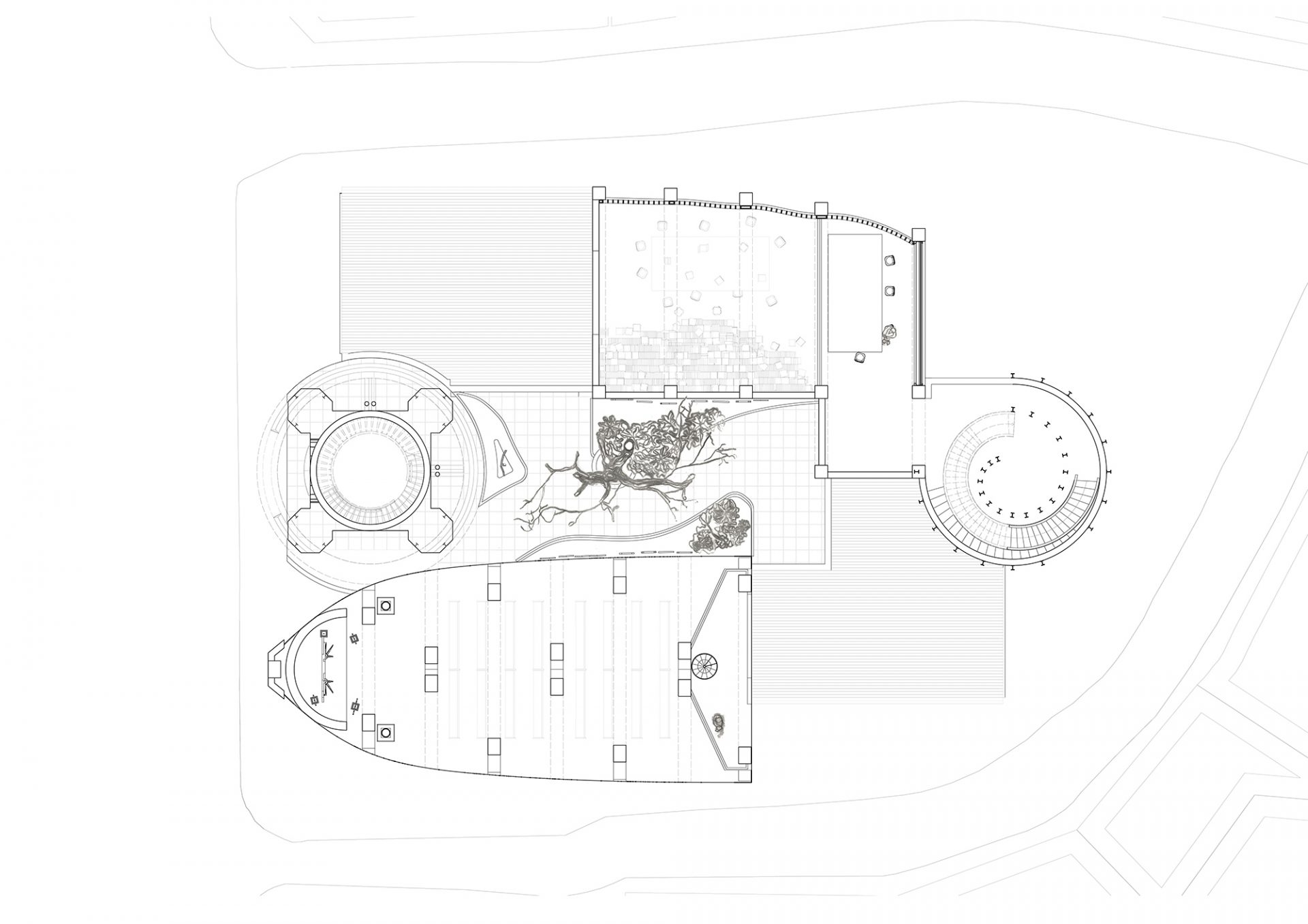 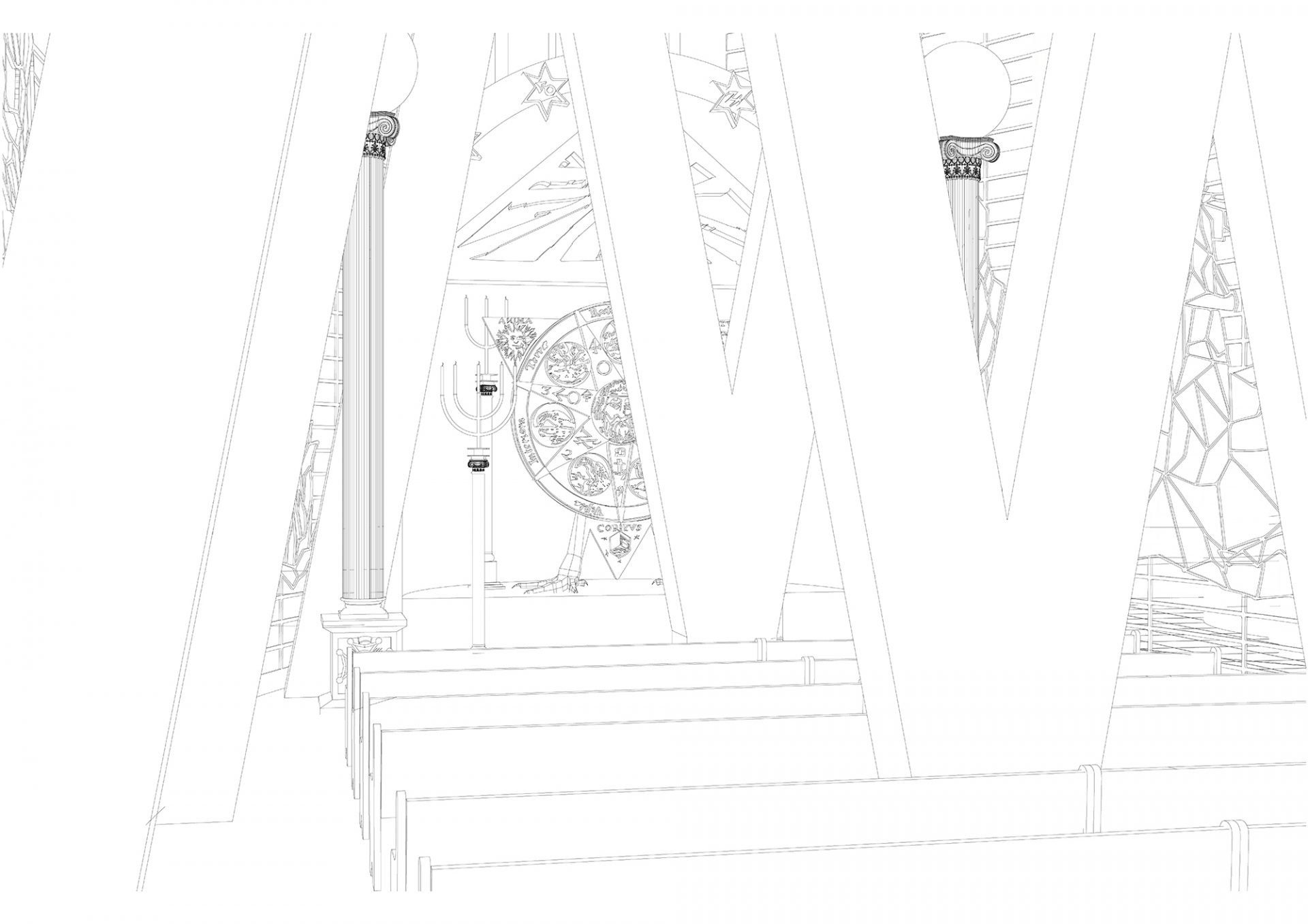 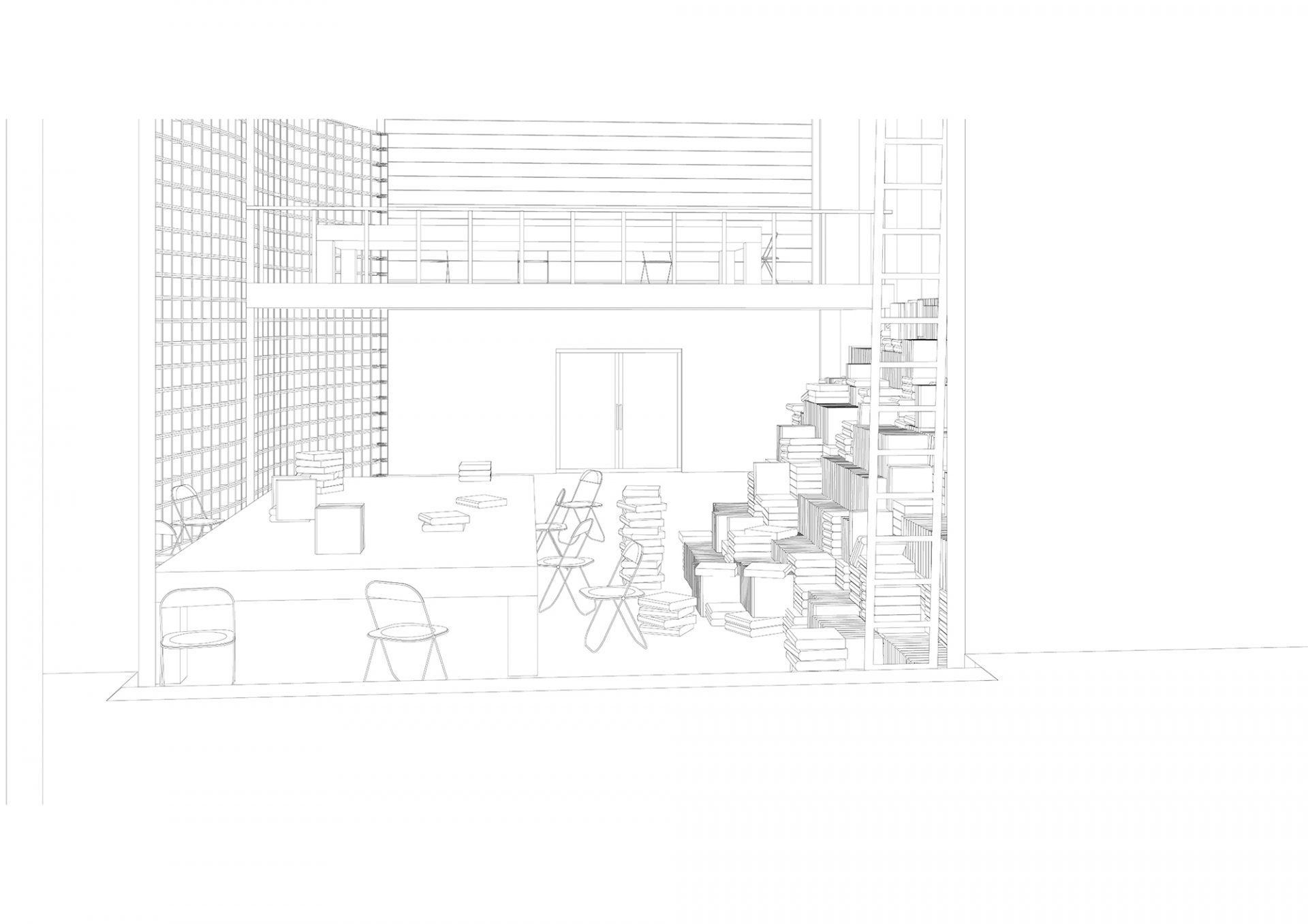 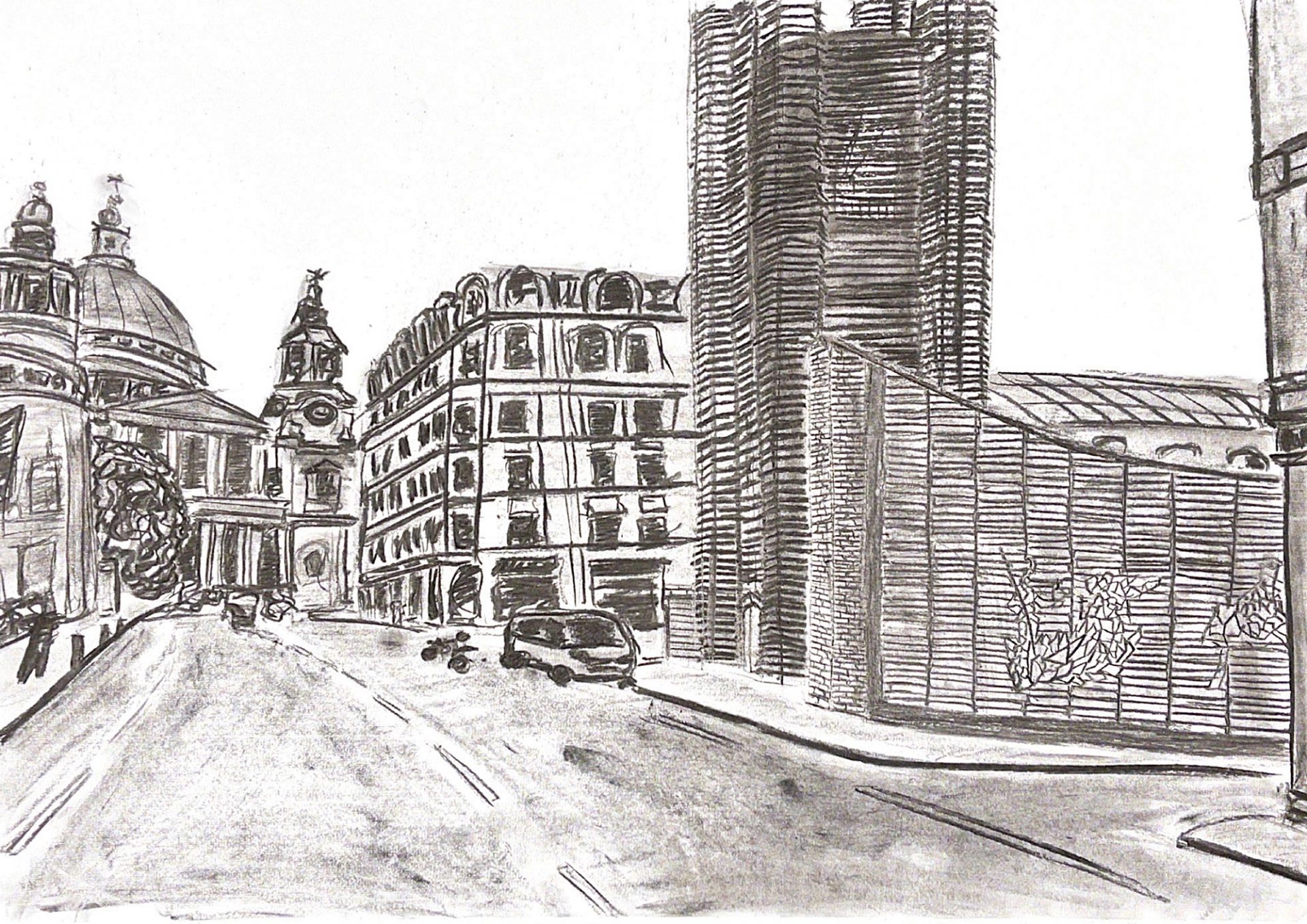 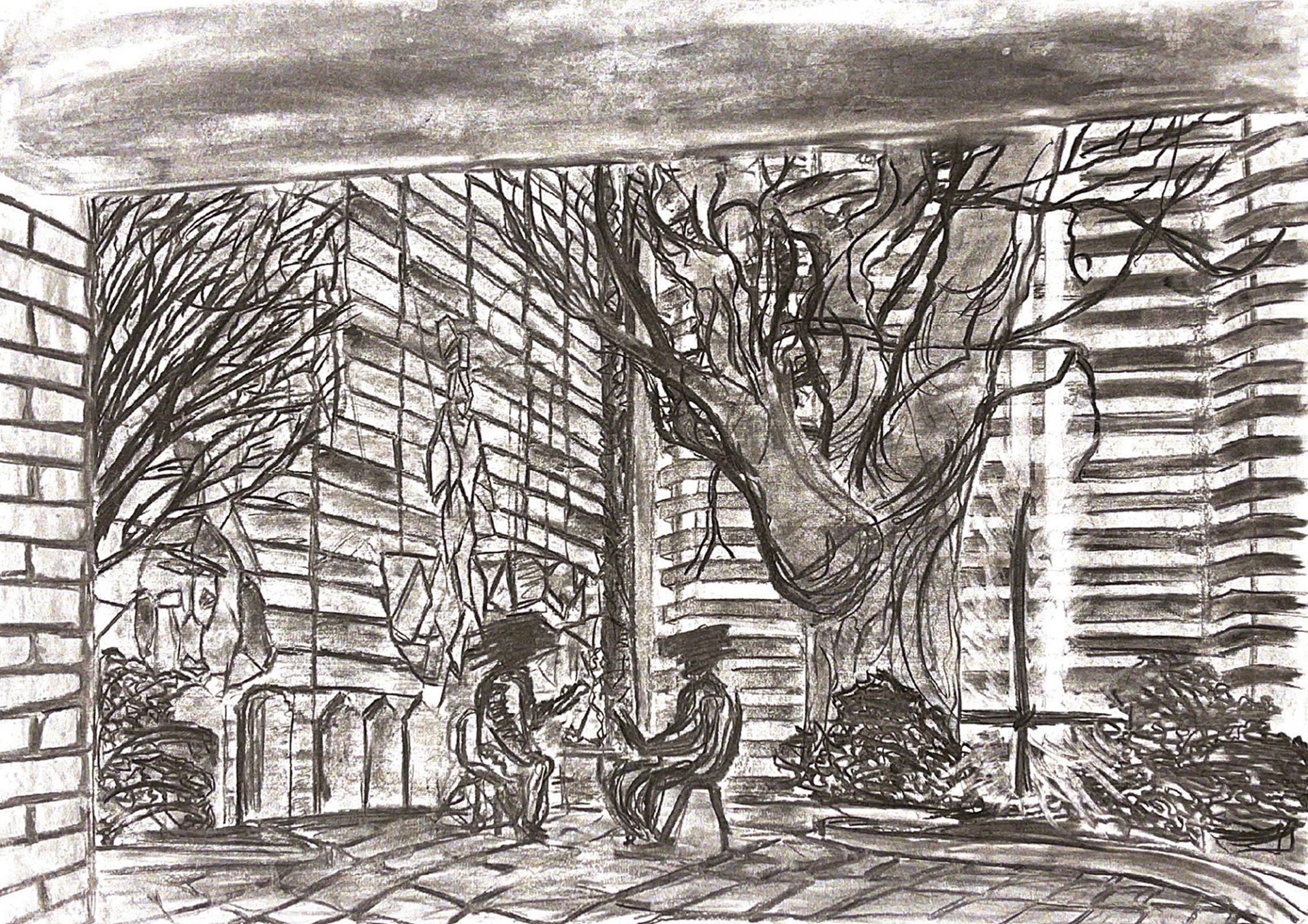 The proposal focuses on studying the concept of immortality from the perspectives of two clients - Alchemists and Cosmists. While studying a seemingly narrow topic, both of them have drastically different ways and ideas on how to live forever. The division lies in belief in the spiritual world, Alchemy being based on satanic rituals mixed with scientific practices and, on the other hand, Cosmism teaches that the humanity has to let go of God in order to become immortal as religion is formed on the idea of a finite life on Earth. Hence, there is an accent on division in this project. Alchemists get themselves a tower which acts as a gold production space and a lighthouse, and a church space and Cosmists get mirrored spaces: a tower which is a stargazing space and a library to keep their knowledge. The clients meet in the garden between all of the buildings to argue, discuss and share their ideas.