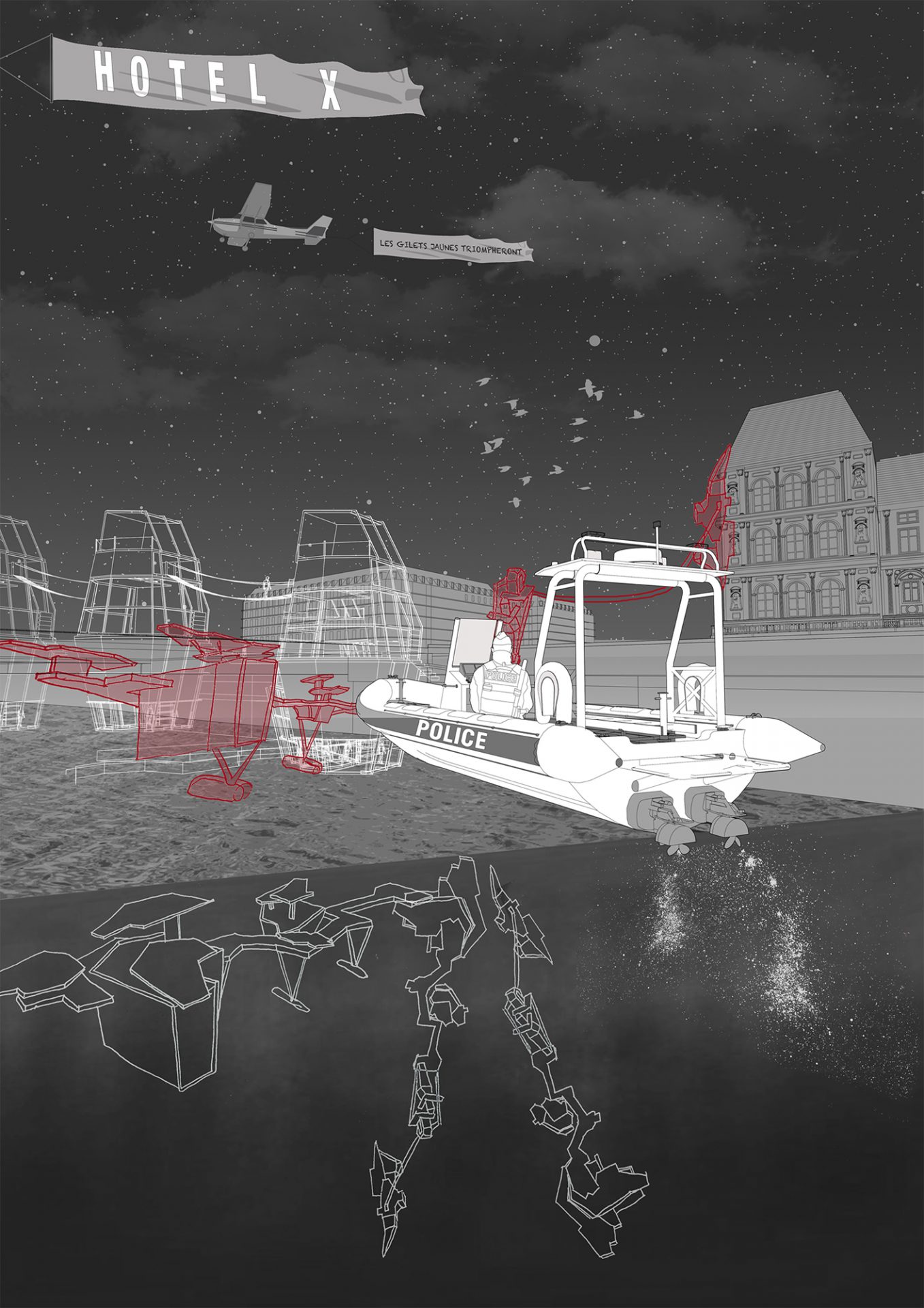 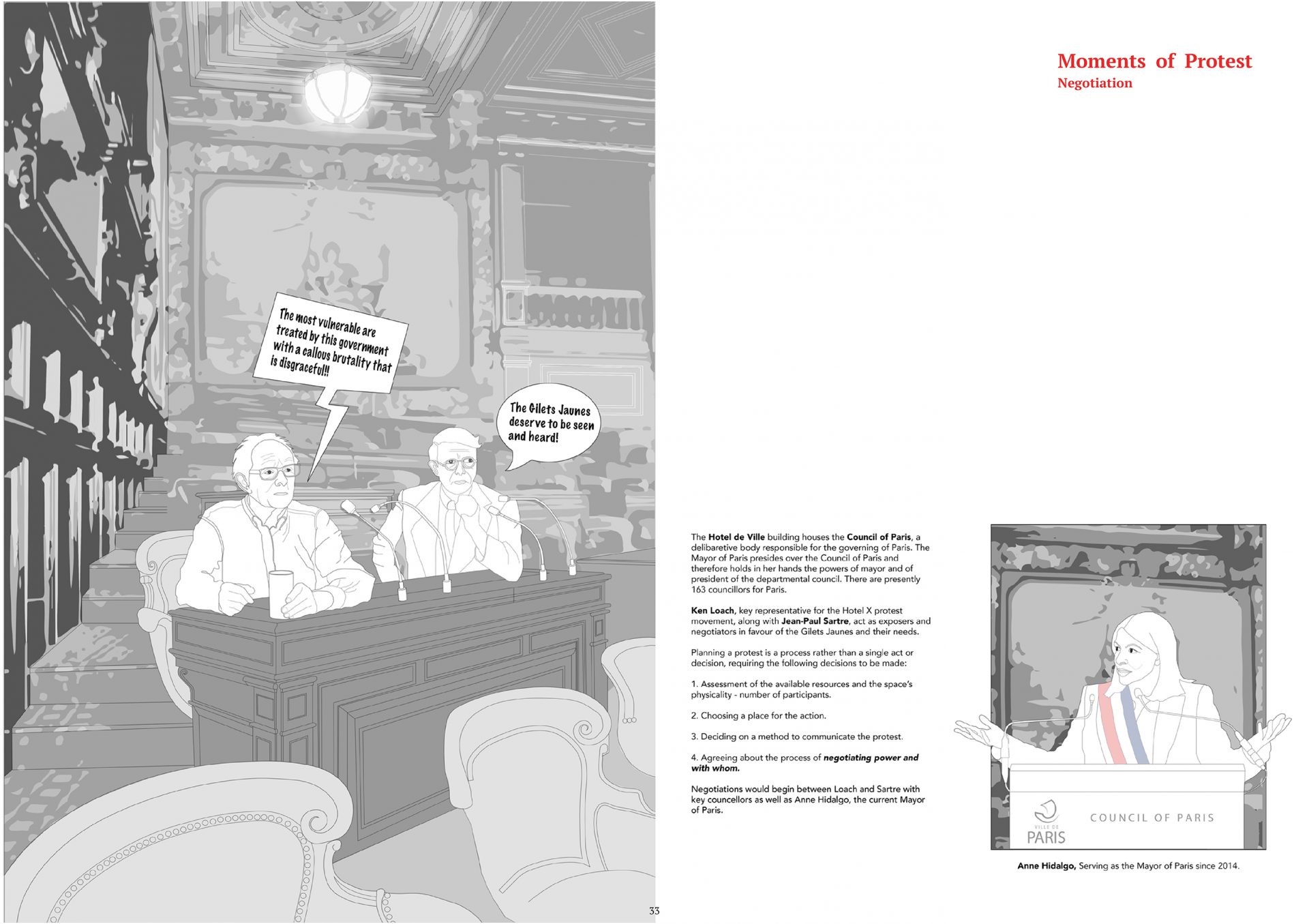 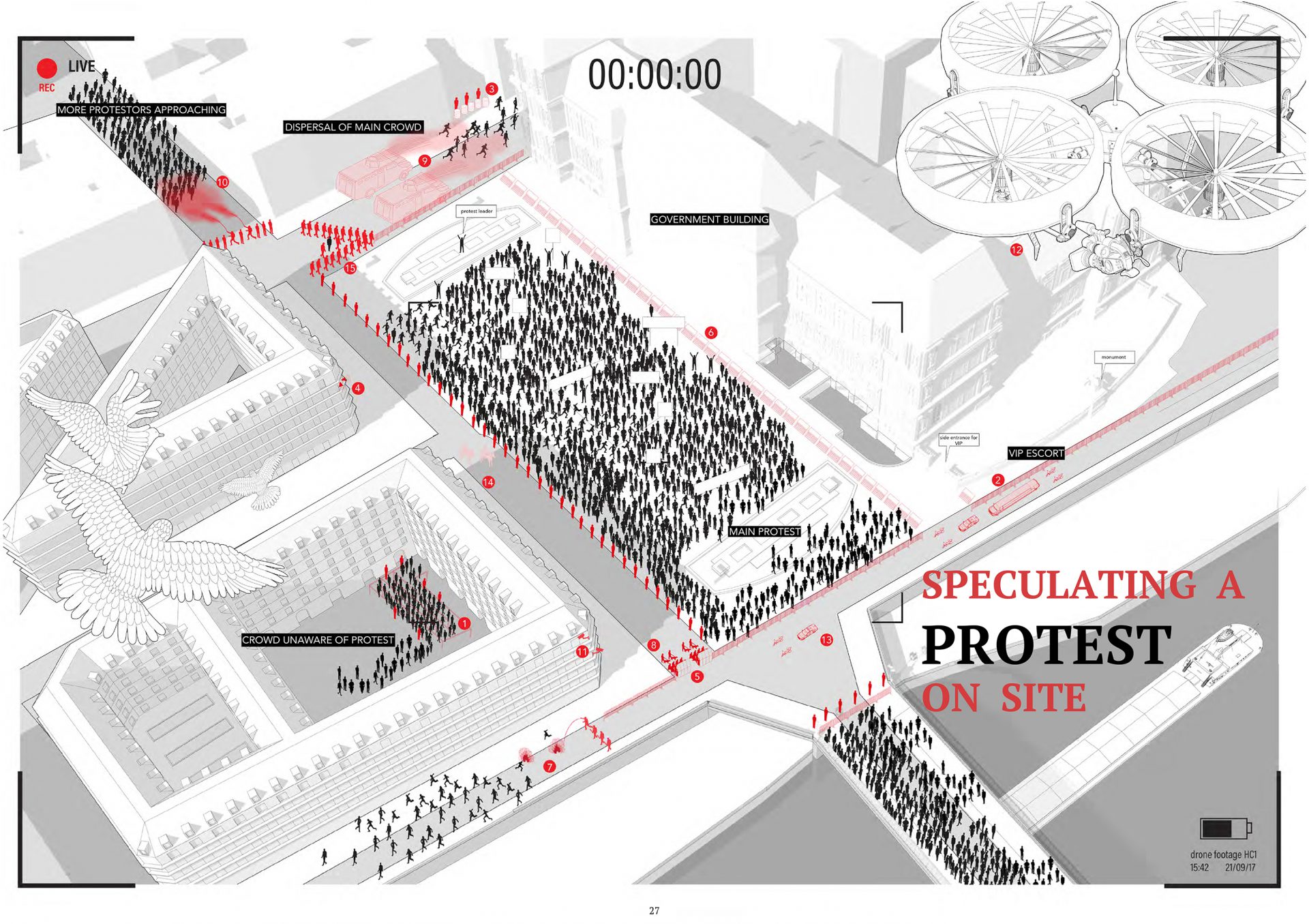 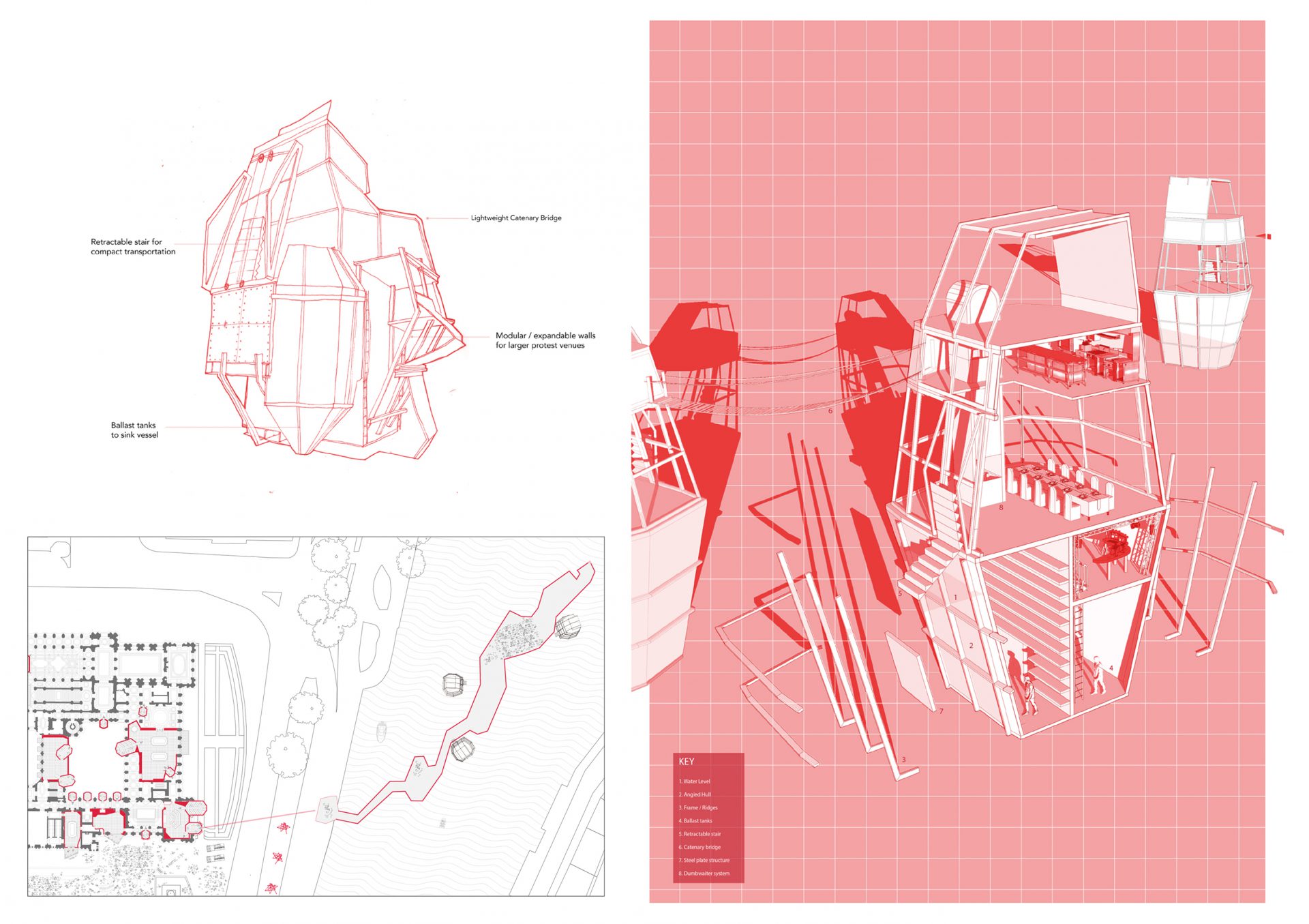 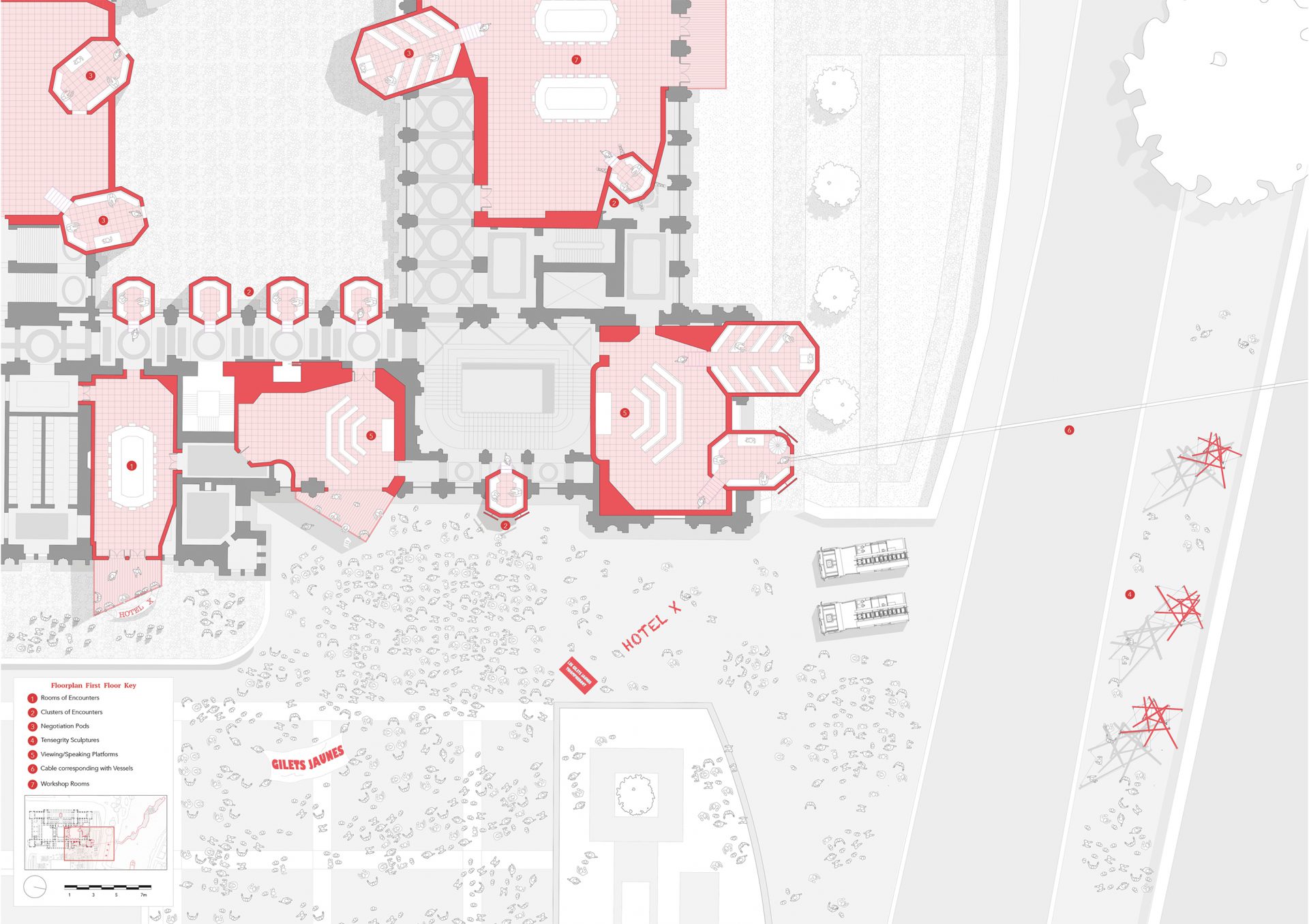 Staging the action, protest on ground level with interventions in building 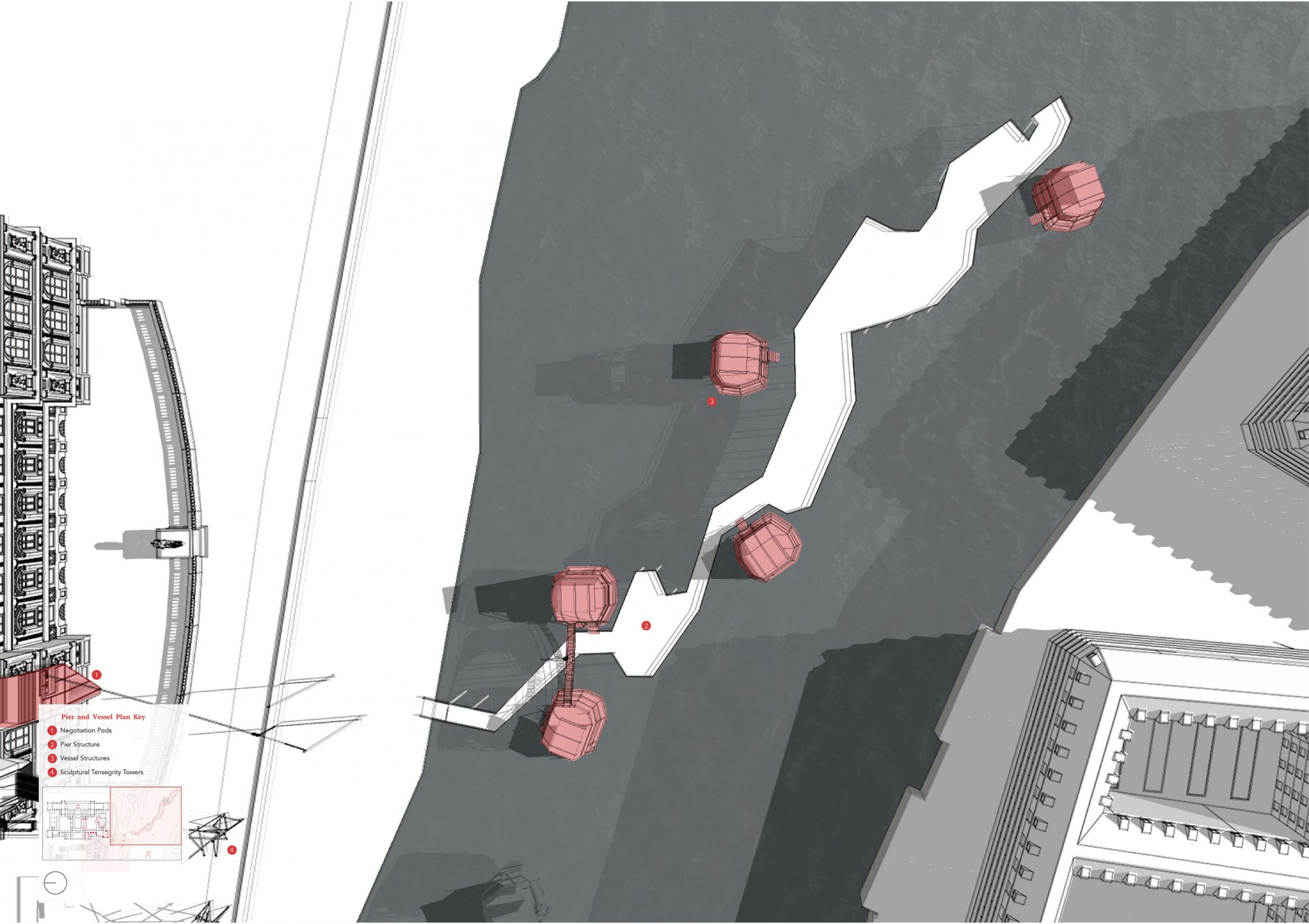 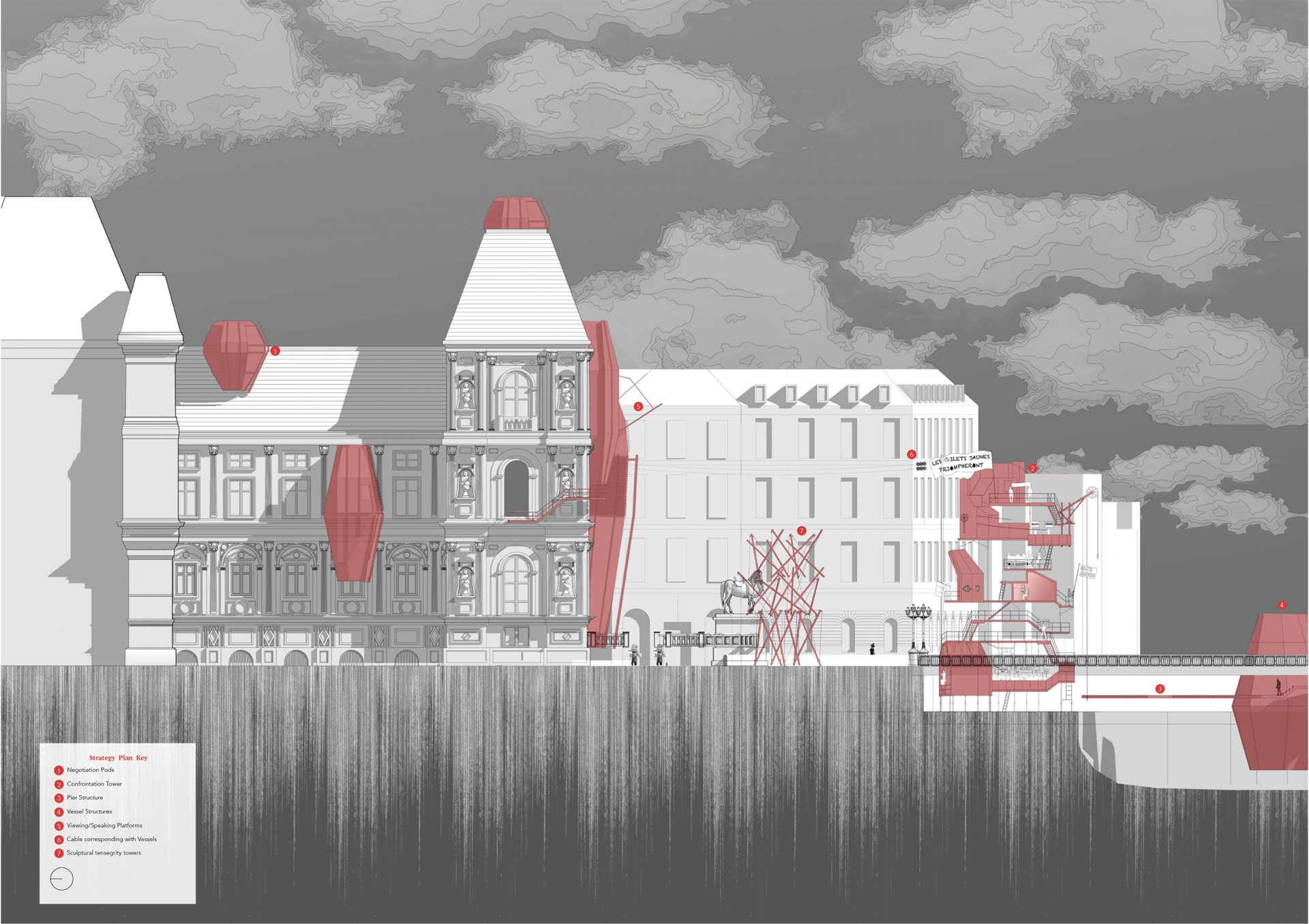 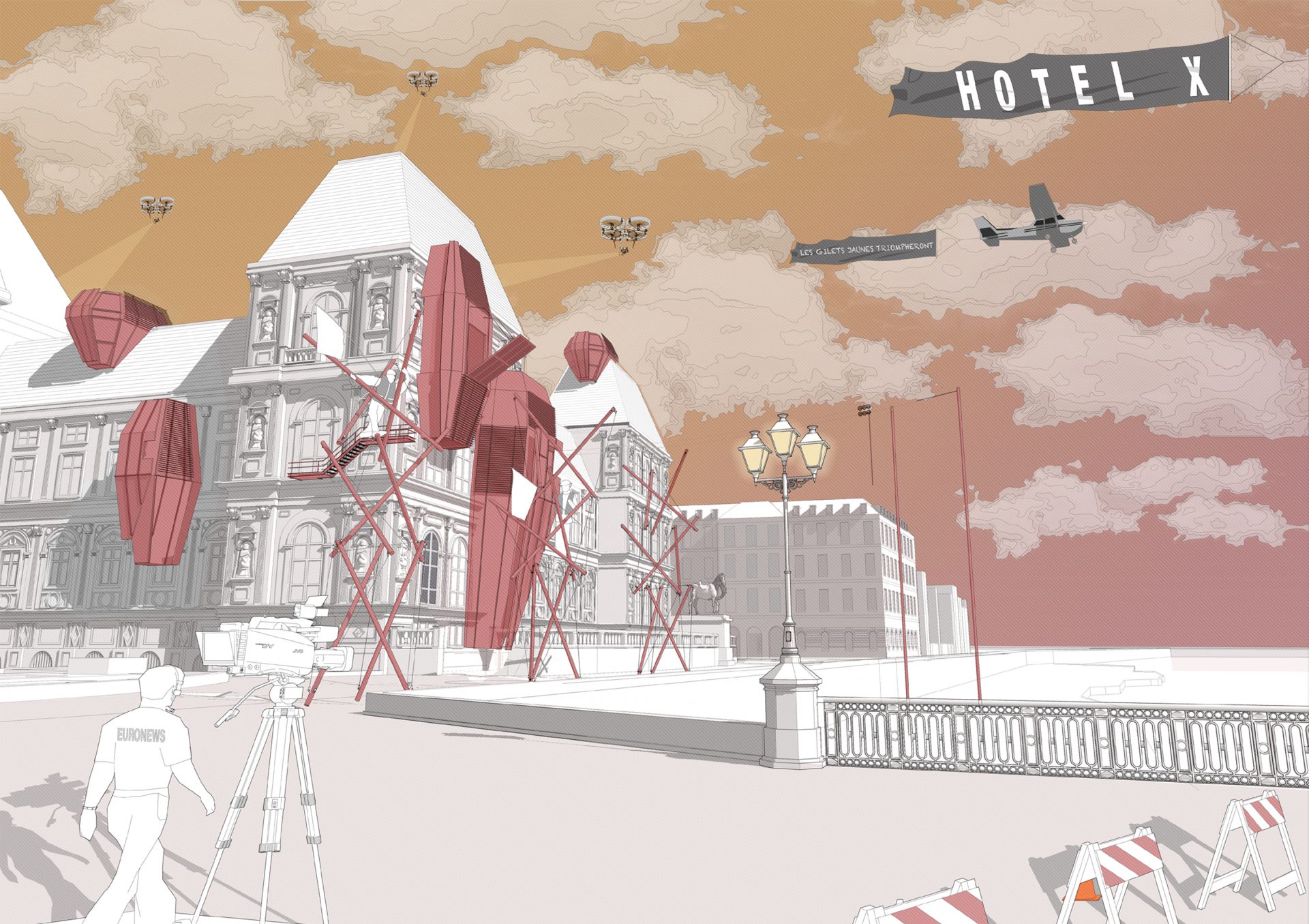 HOTEL X : THE KEY TO THE CITY

Hotel X : The Key to the City is a protest festival set in central Paris highlighting the importance of collective claim-making. Inspired by the work of socialist film maker Ken Loach, Hotel X seeks to challenge the distance between protestors and ruling power by following the "Gilets Jaunes" (Yellow Vest) protest group in their pursuit for economic justice. The proposal aims to create moments of confrontation and collision with the town hall, or “Hotel de Ville” building through a series of parasitic structures housing spaces for negotiation and debate. At ground level, a pier spills into the River Seine with resilient vessel structures housing spaces for debate and discussion amongst protest participants. The power gained through protest has the potential to yield new political rights. Protest isn’t as much about taking control as it is about just being a presence. Different elements of Hotel X offer different functions, some act as places of discussion and negotiation, some as a place of refuge, and some seek to simply challenge the distance between protestors and ruling power.