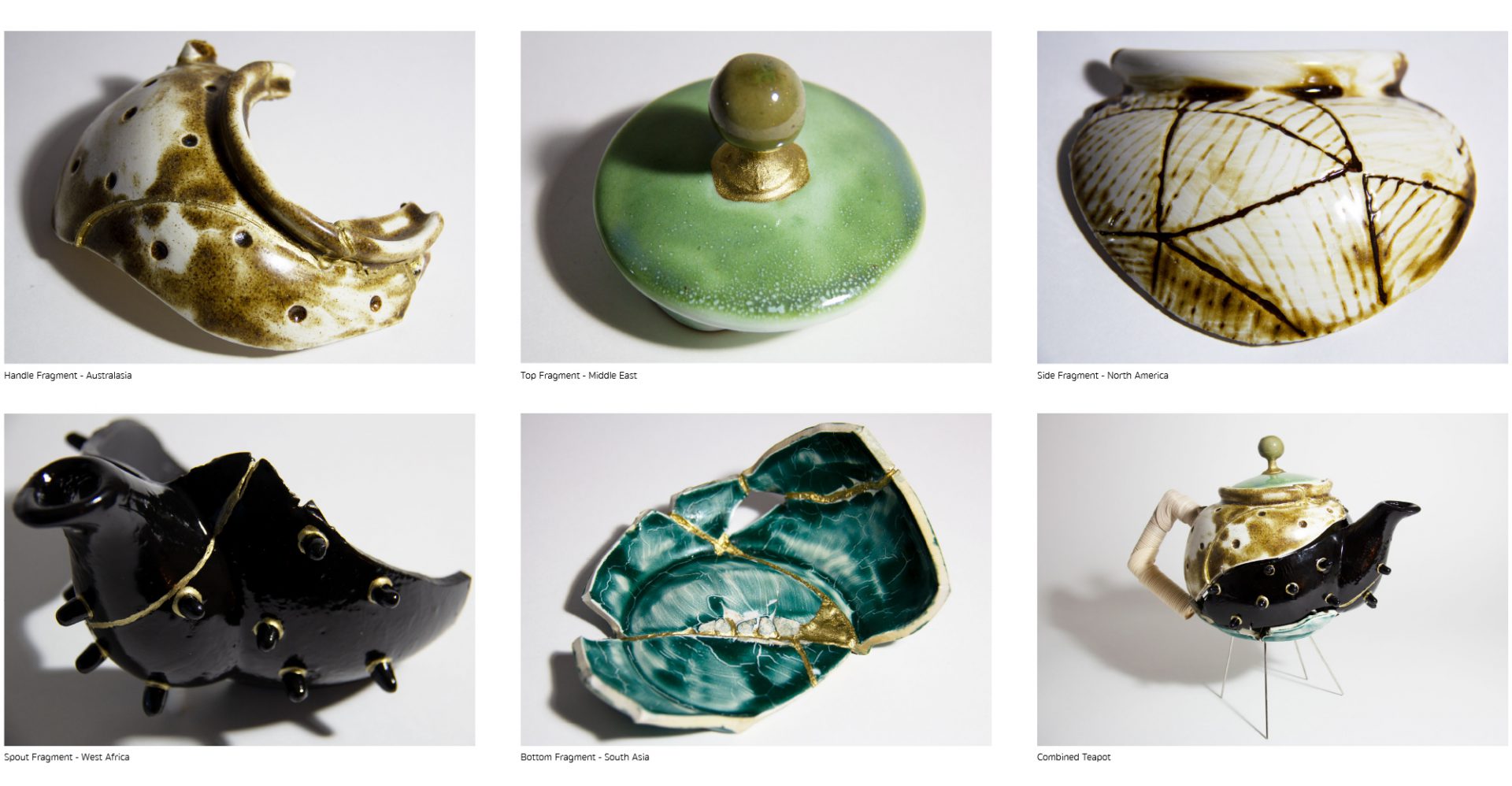 Individual teapot fragments, each inspired by historical regions of the British empire 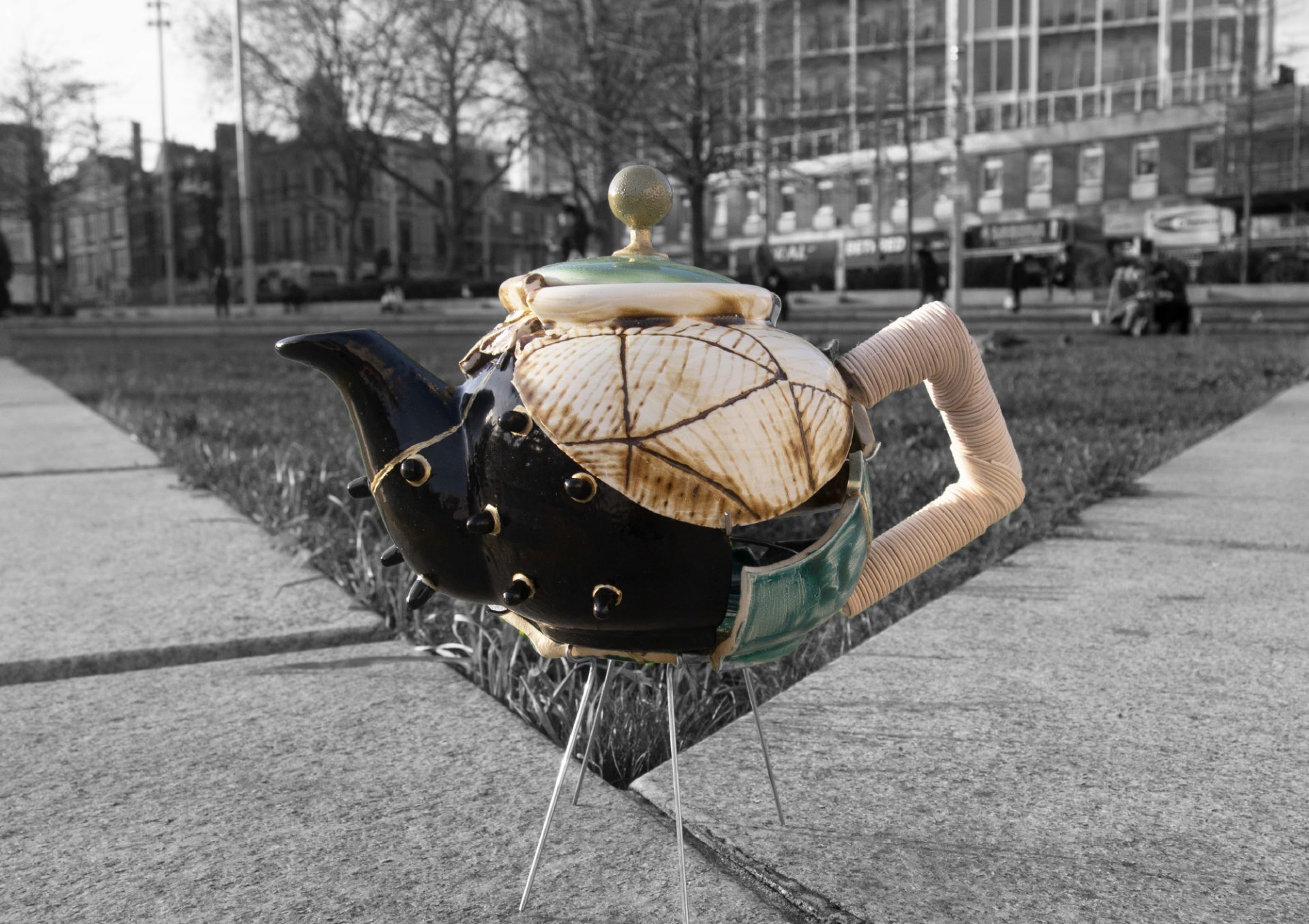 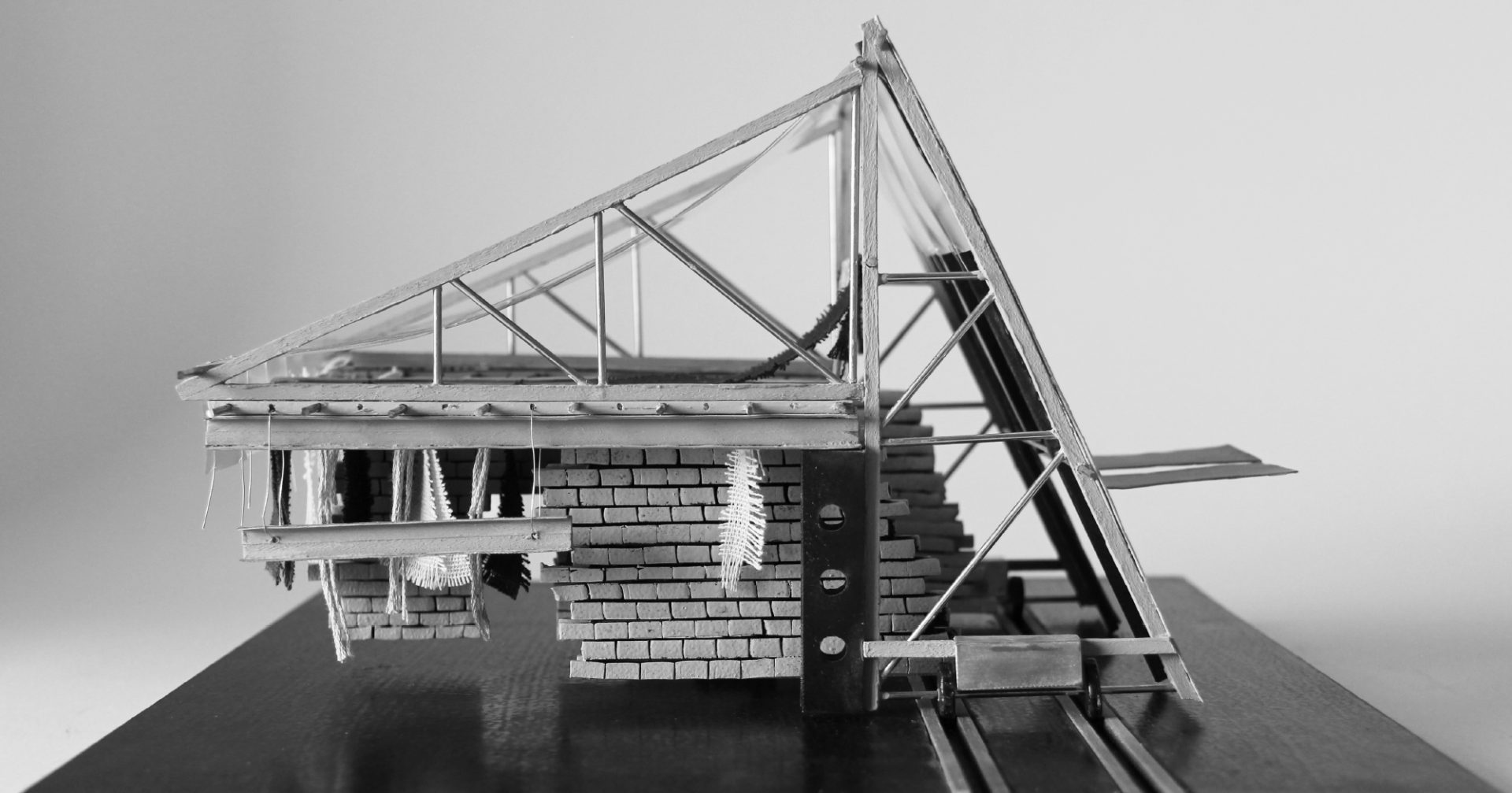 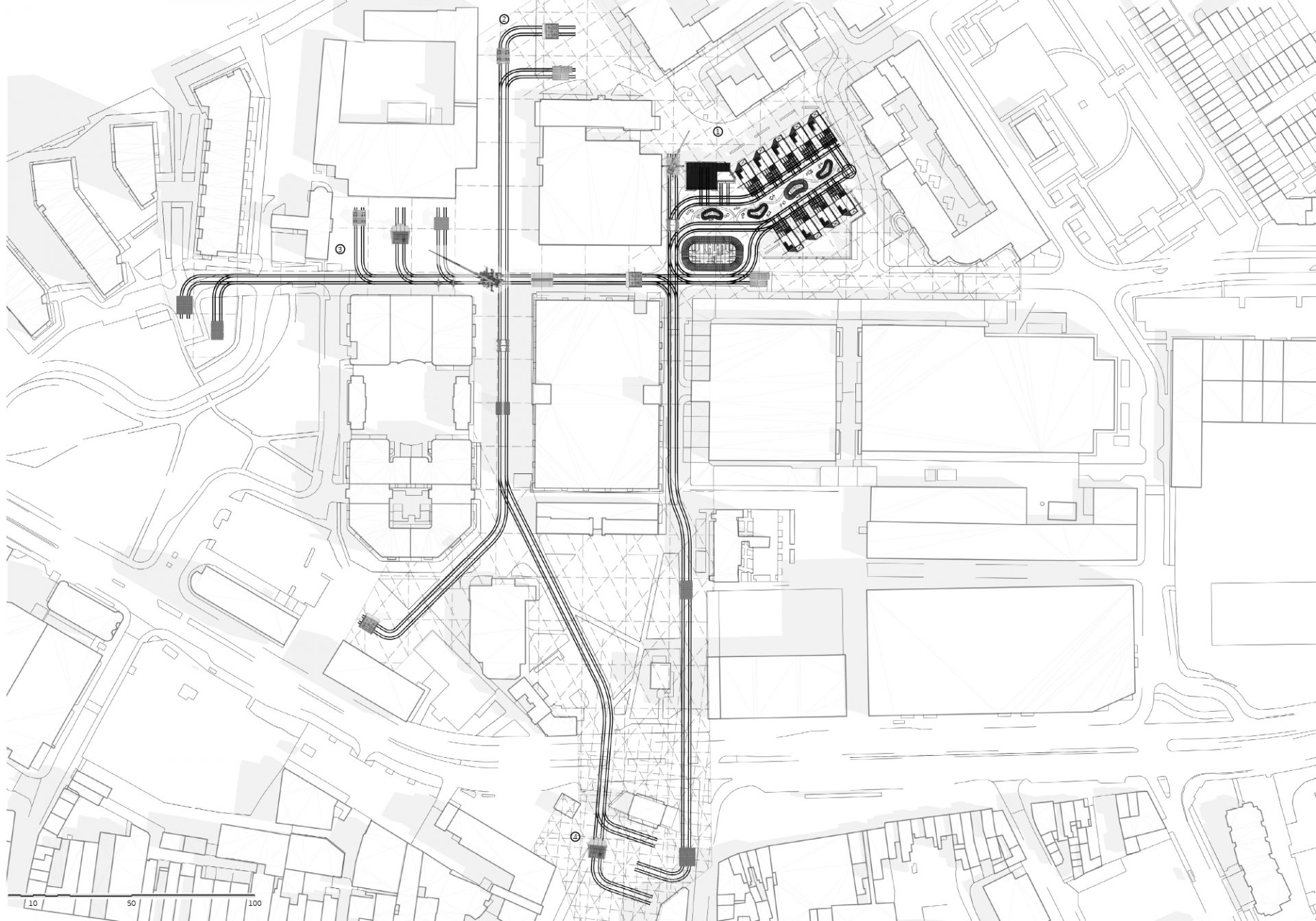 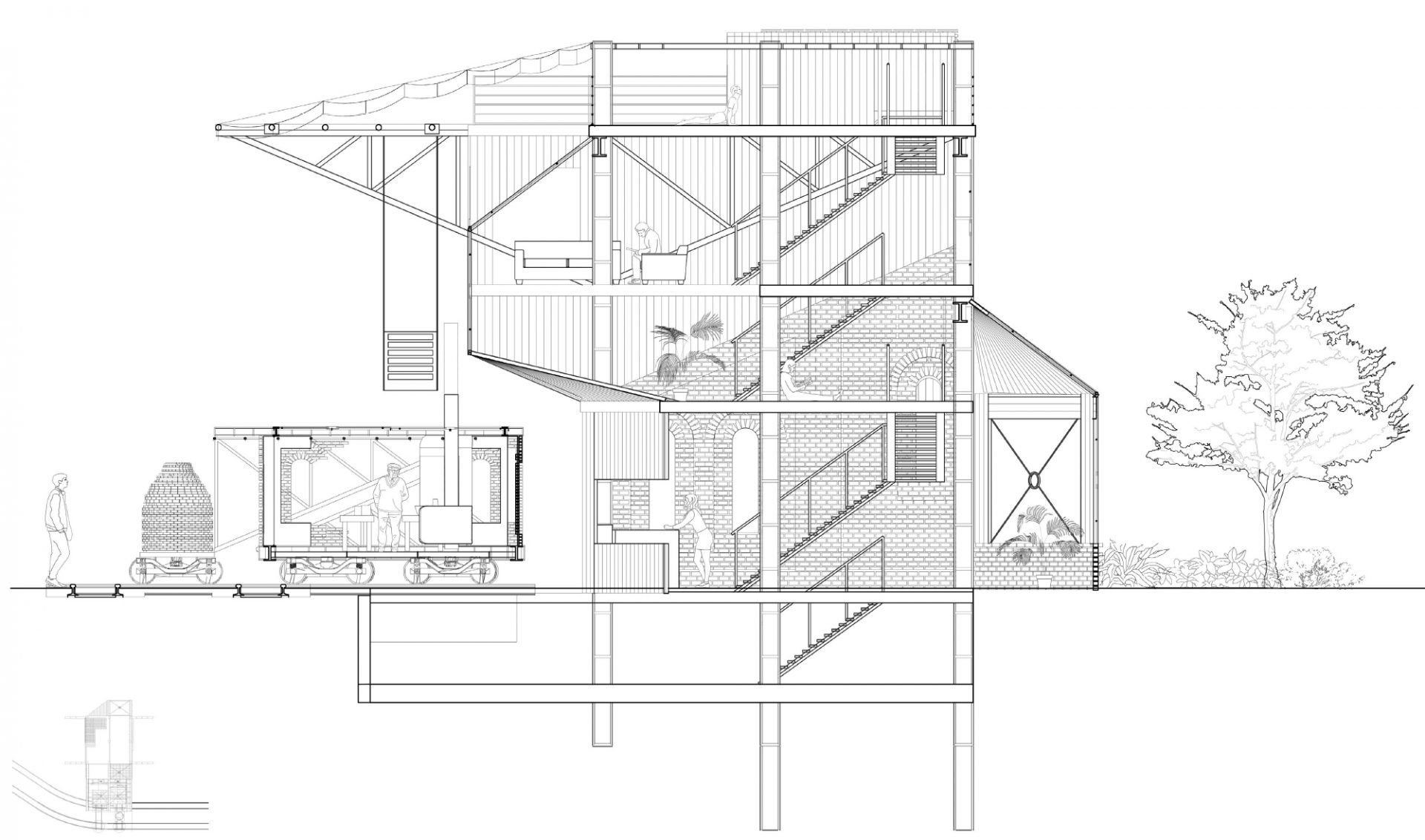 Section through a housing unit in the central site 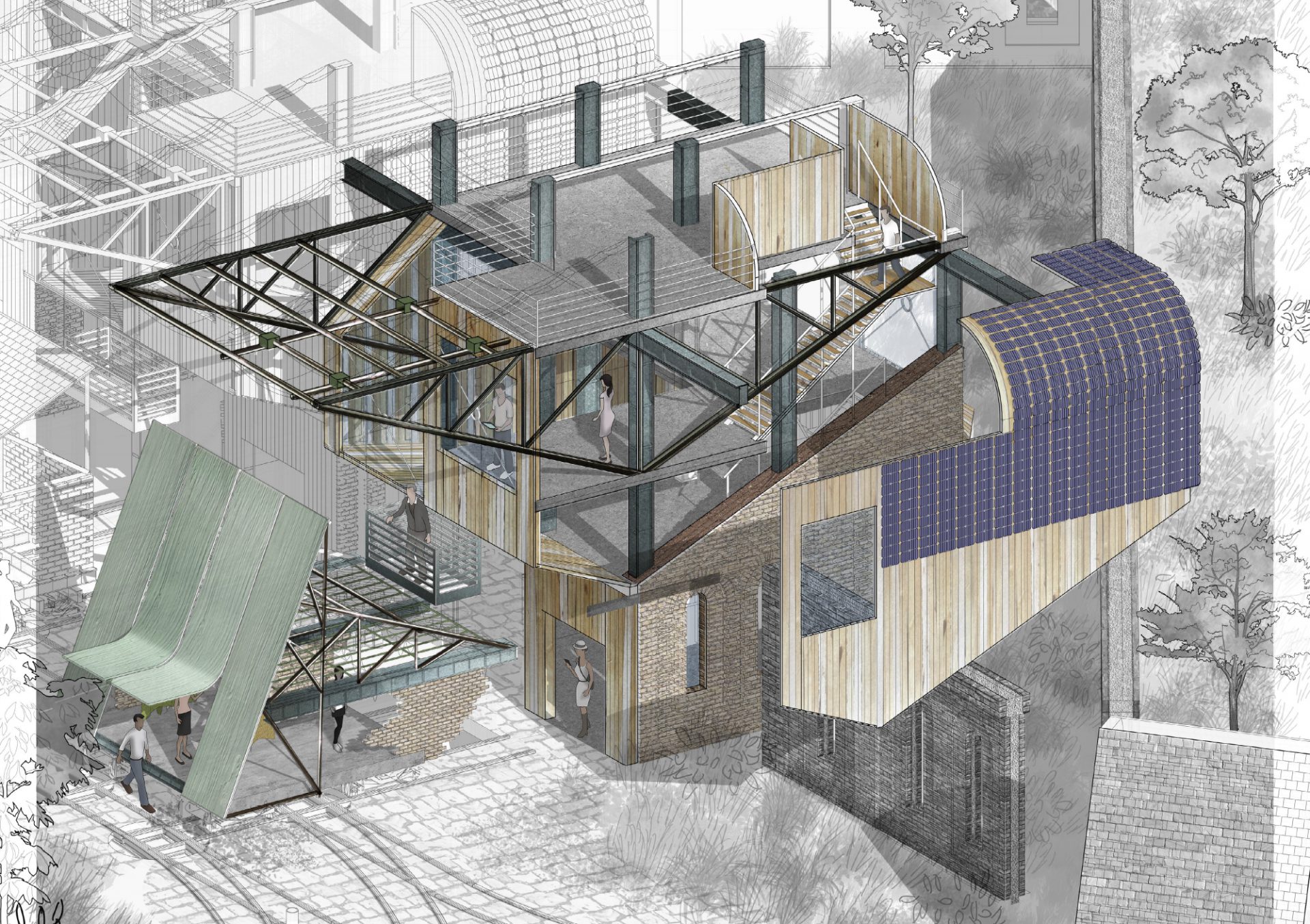 Isometric drawing of a house and market stall interaction

View along the central avenue on site 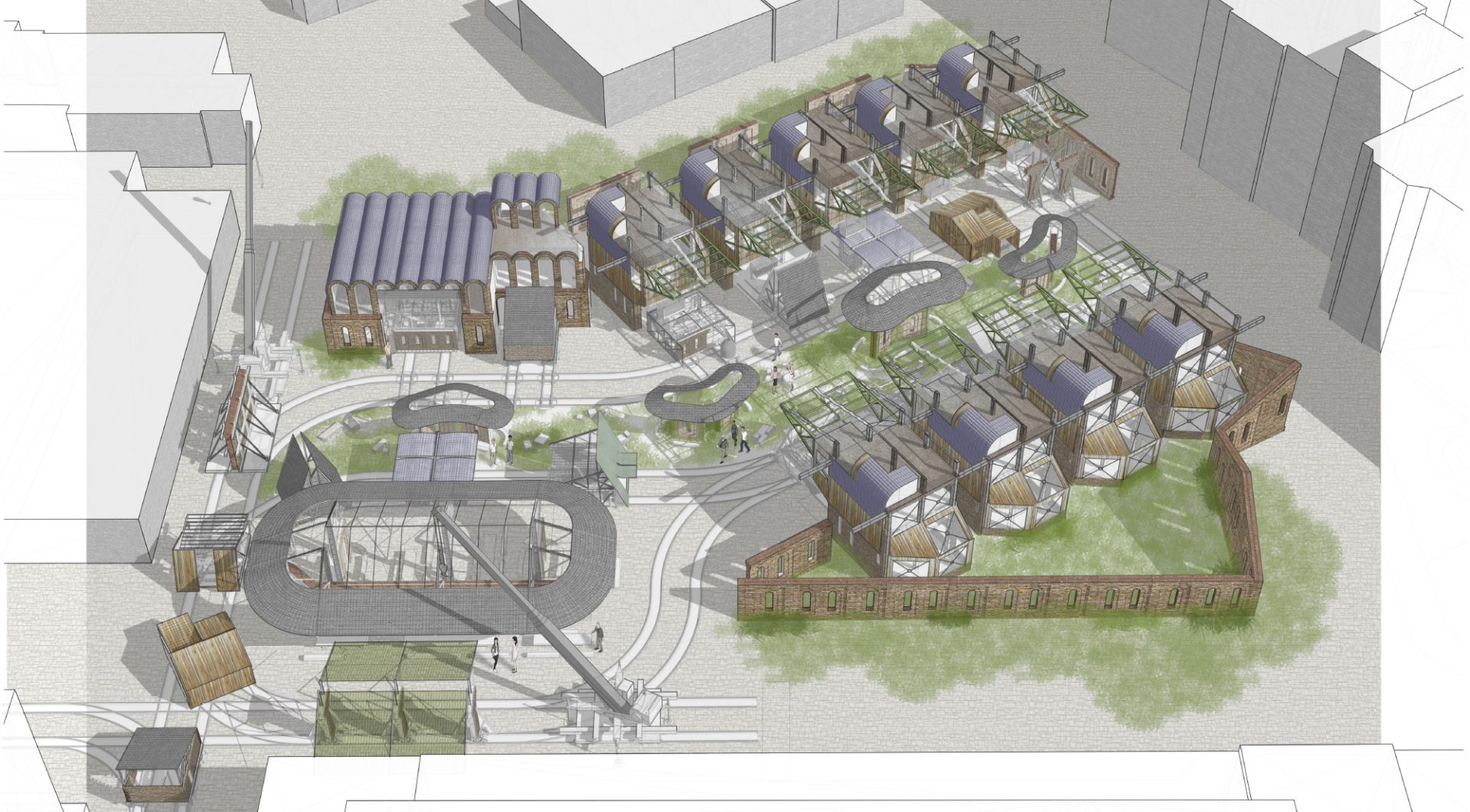 Centred around the social and historical frictions present in Woolwich Arsenal, the first project created an object that reflects the tensions between the British Empire (Arsenal) and Modern London (Woolwich). A Fragmented Brown Betty Teapot was created, inspired by the individual ceramic histories of the Empire and displayed in General Gordon Square. The main project aimed to repair these gaps within Woolwich, reinstating an old rail network to create a locomotive market and draw people back to the streets of the Arsenal. These market fragments would be self built by a selection of local business owners from the salvaged components of local demolitions, culminating in a weekly covered market on the central site.