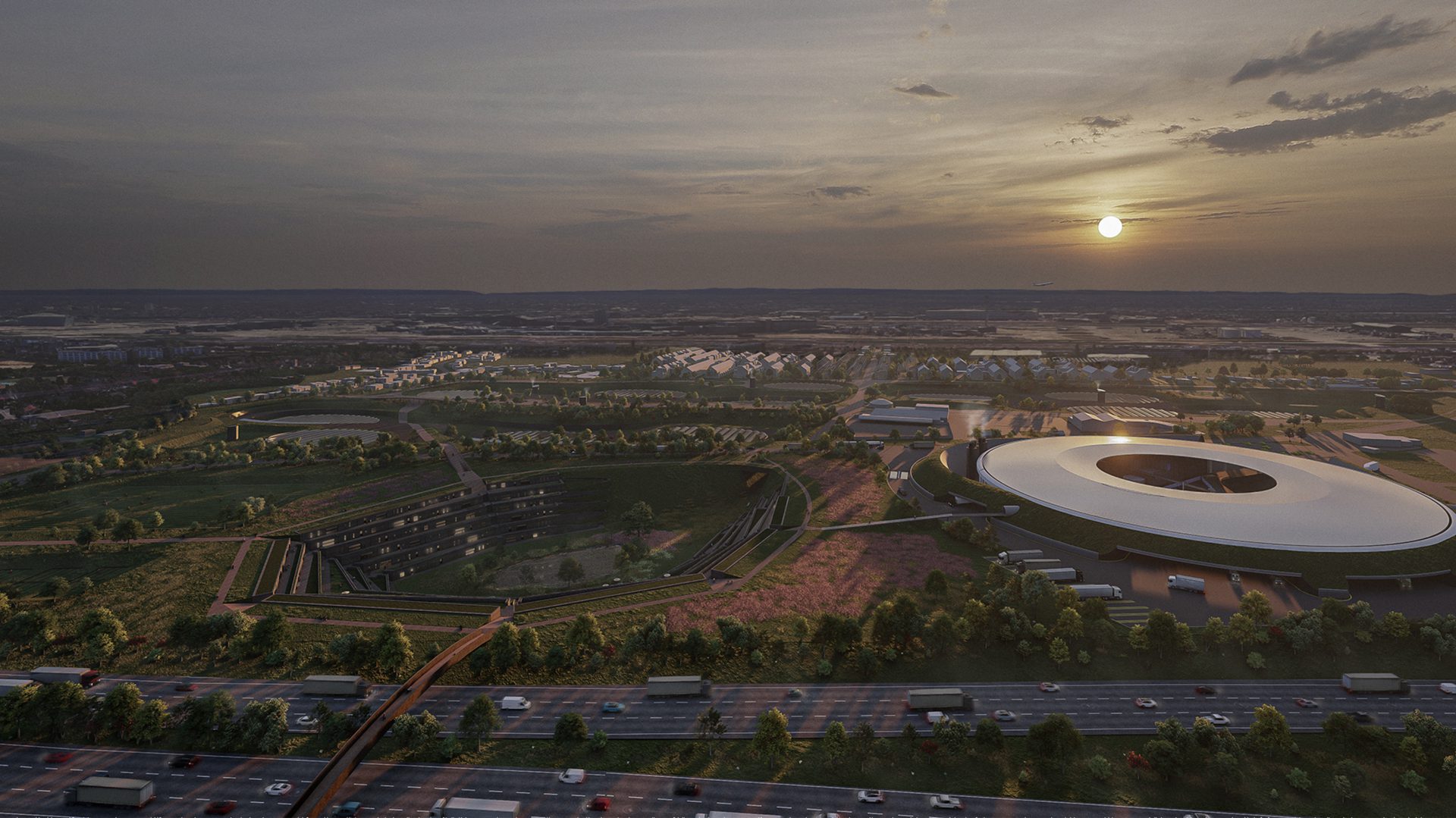 A view looking over the scheme towards Heathrow airport. 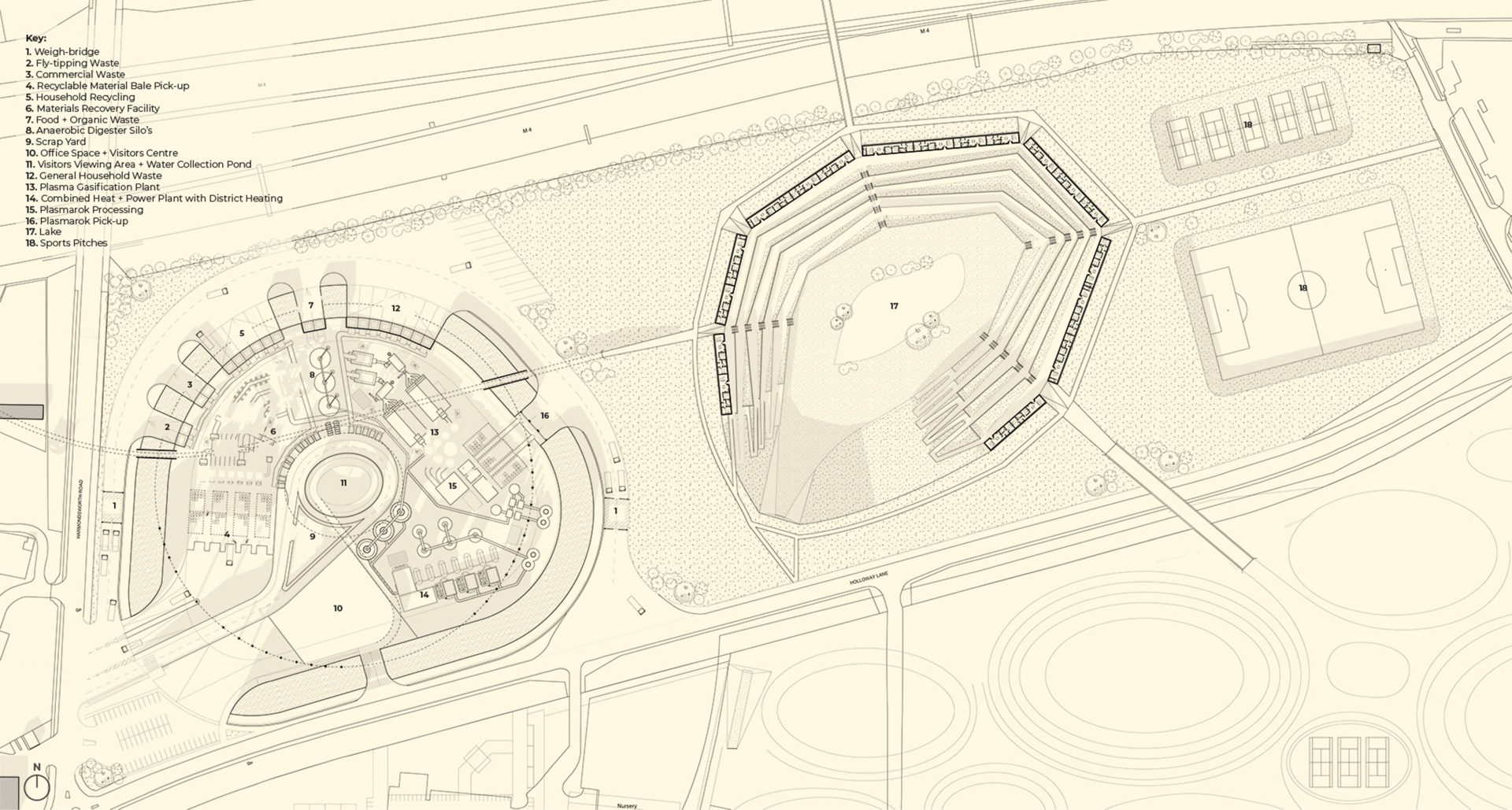 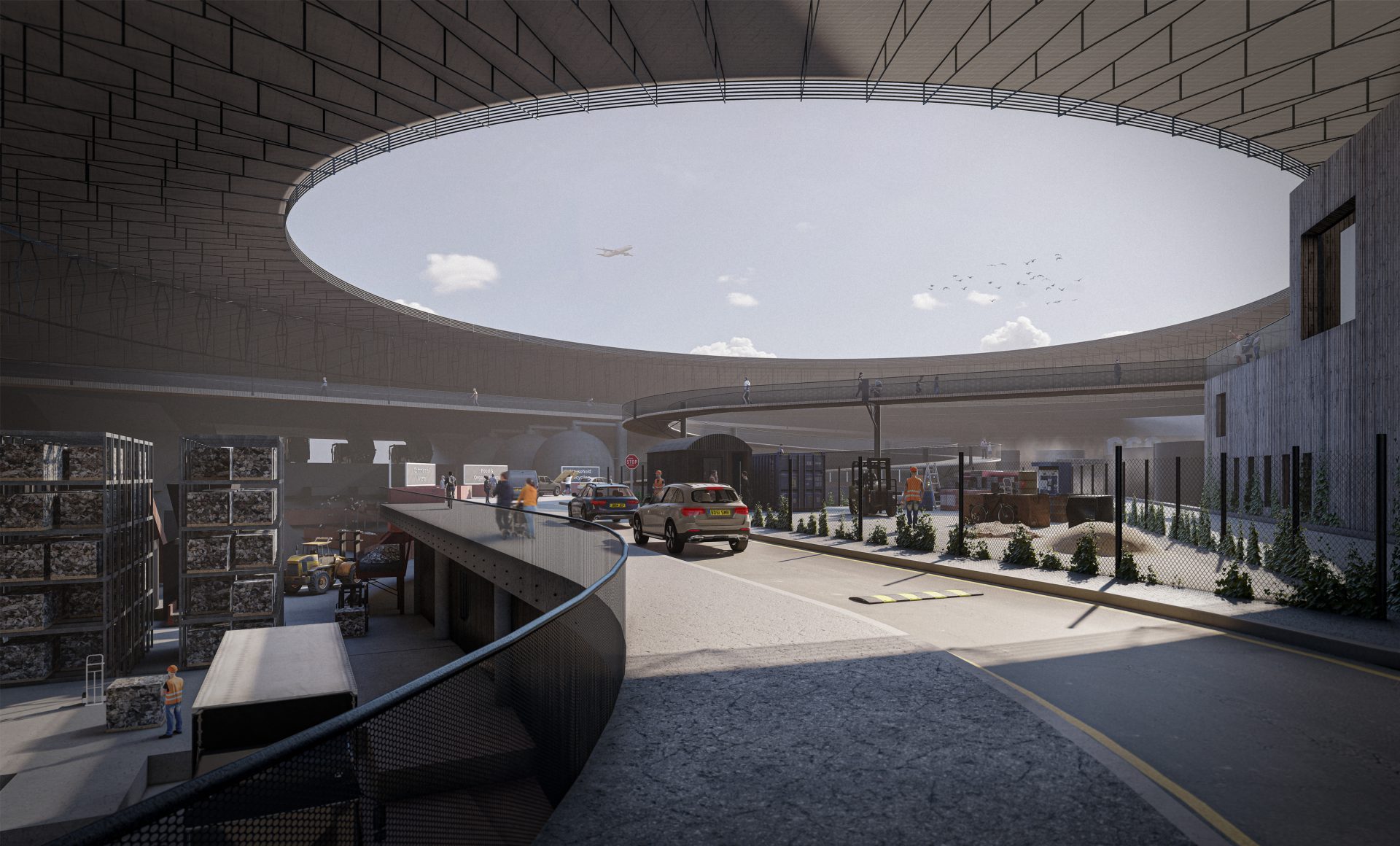 Inside the Waste Processing Centre. 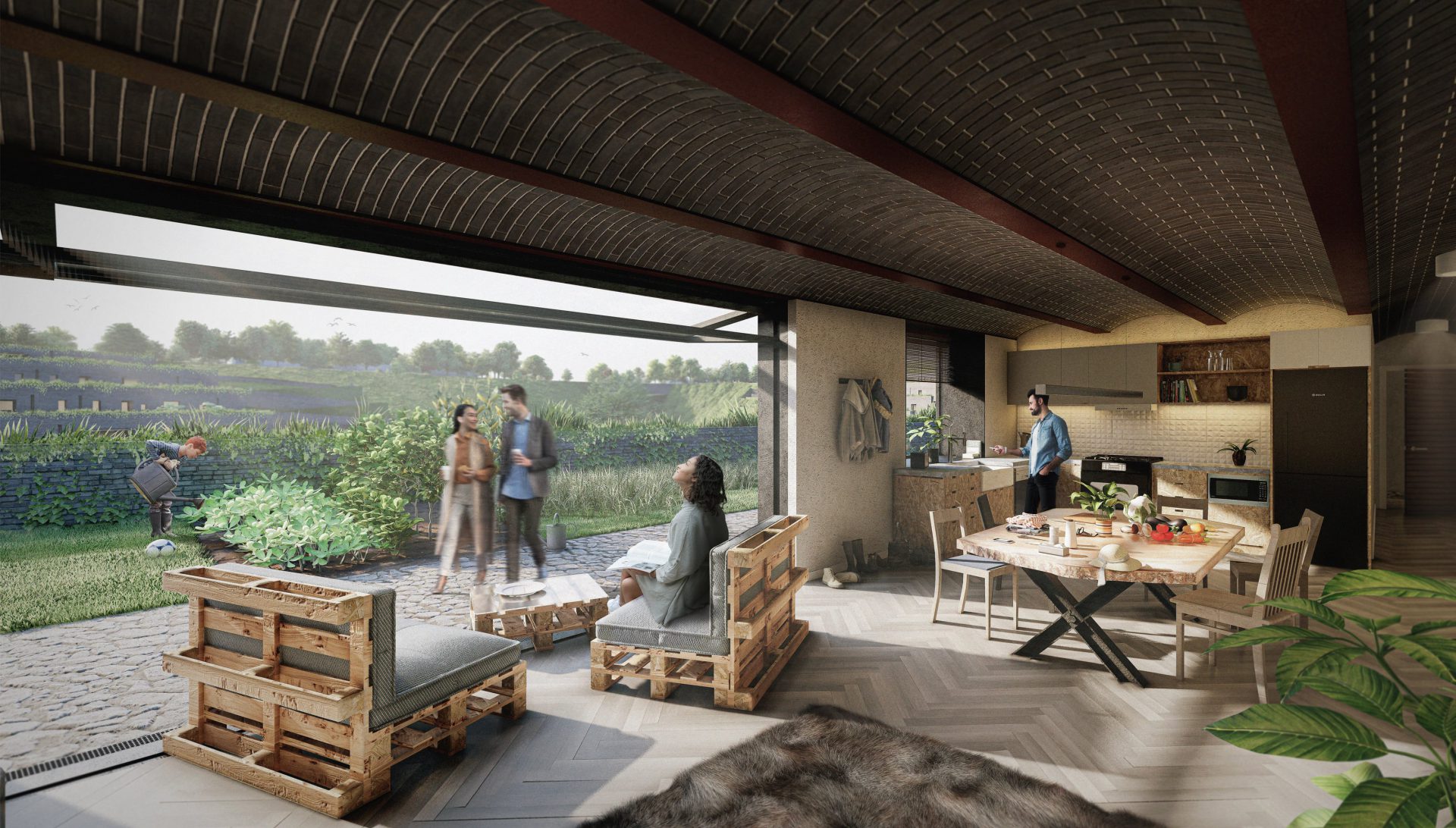 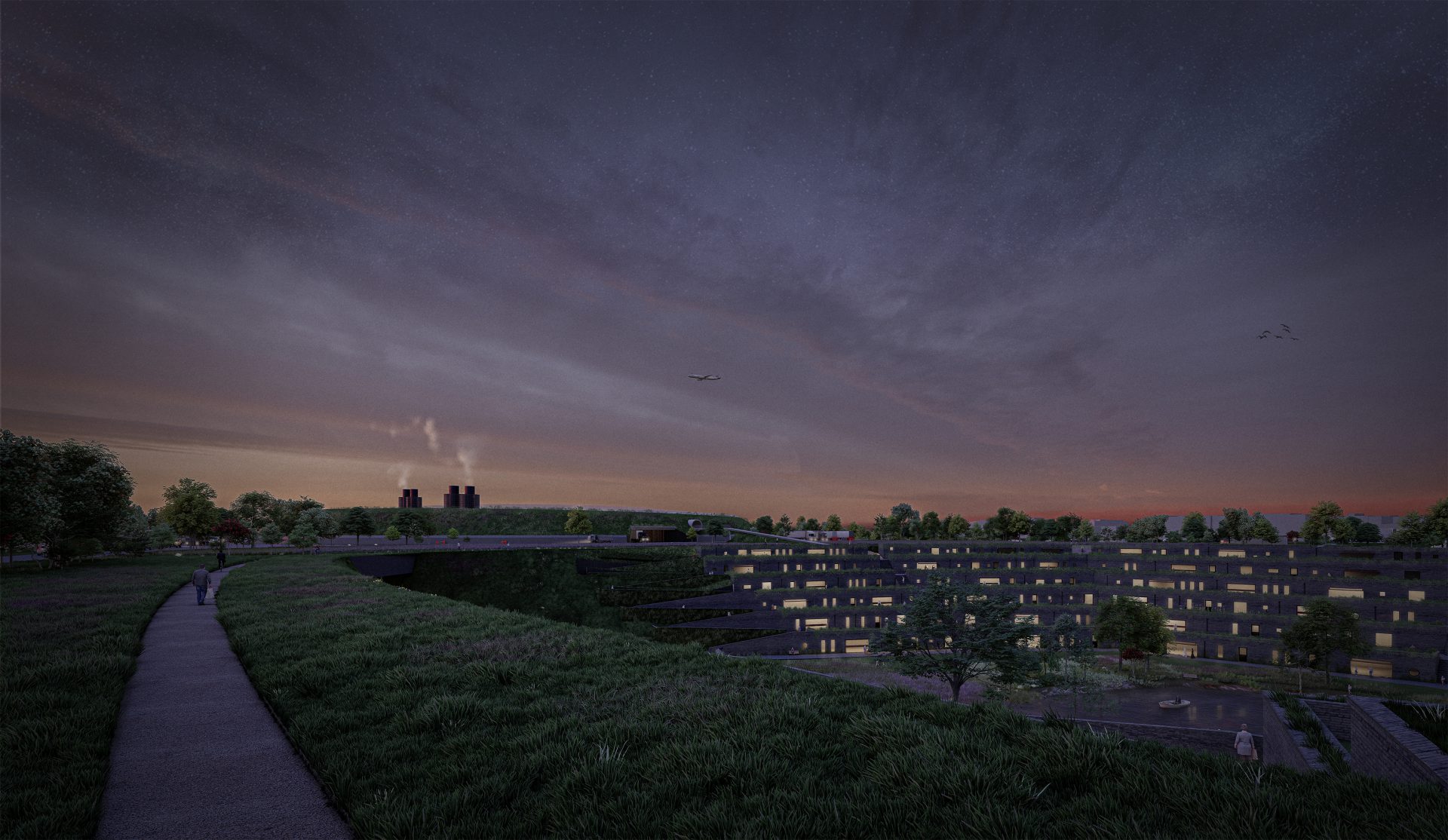 View of housing and Waste Processing Centre in the background. 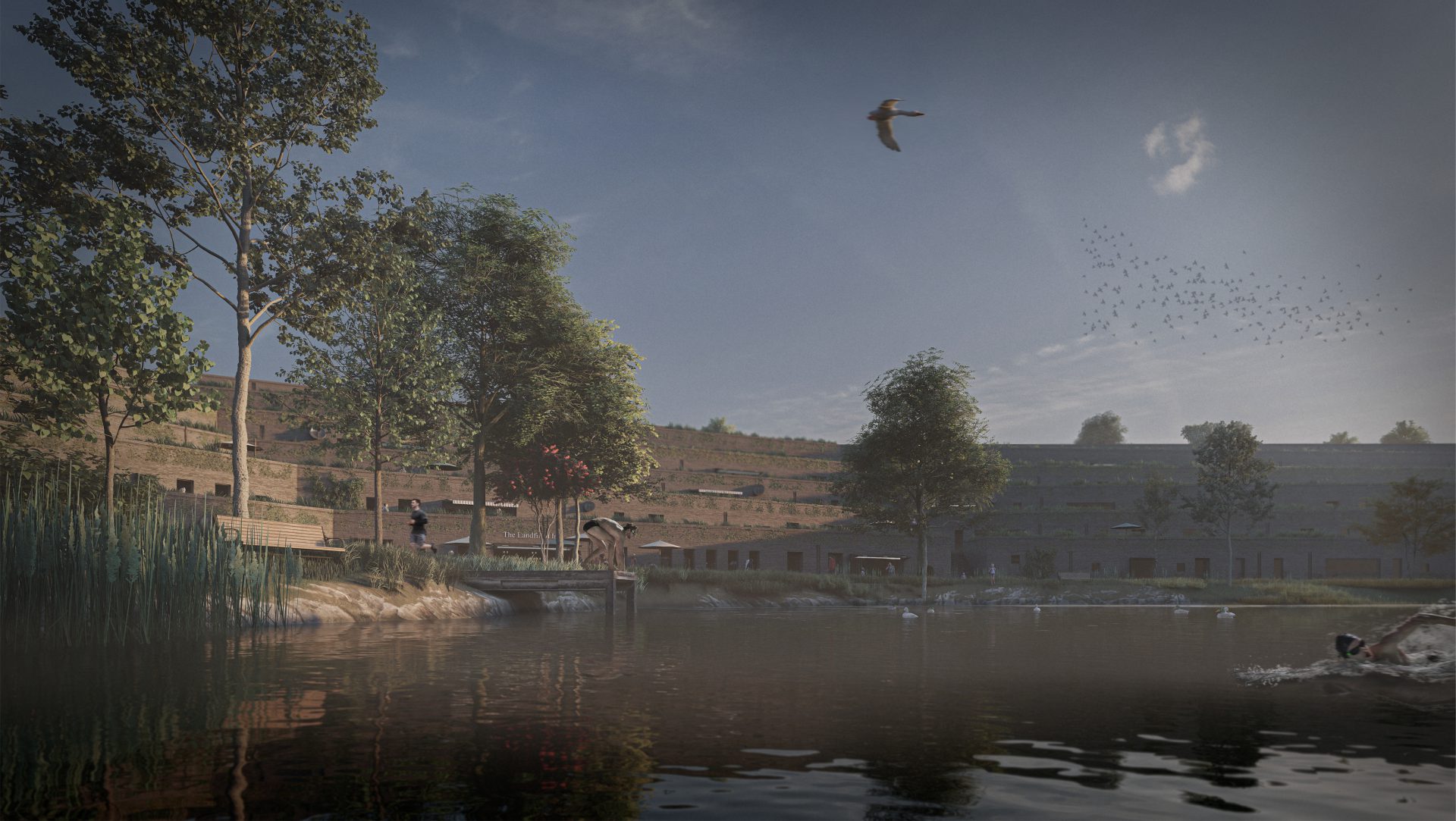 View across the communal swimming lake. 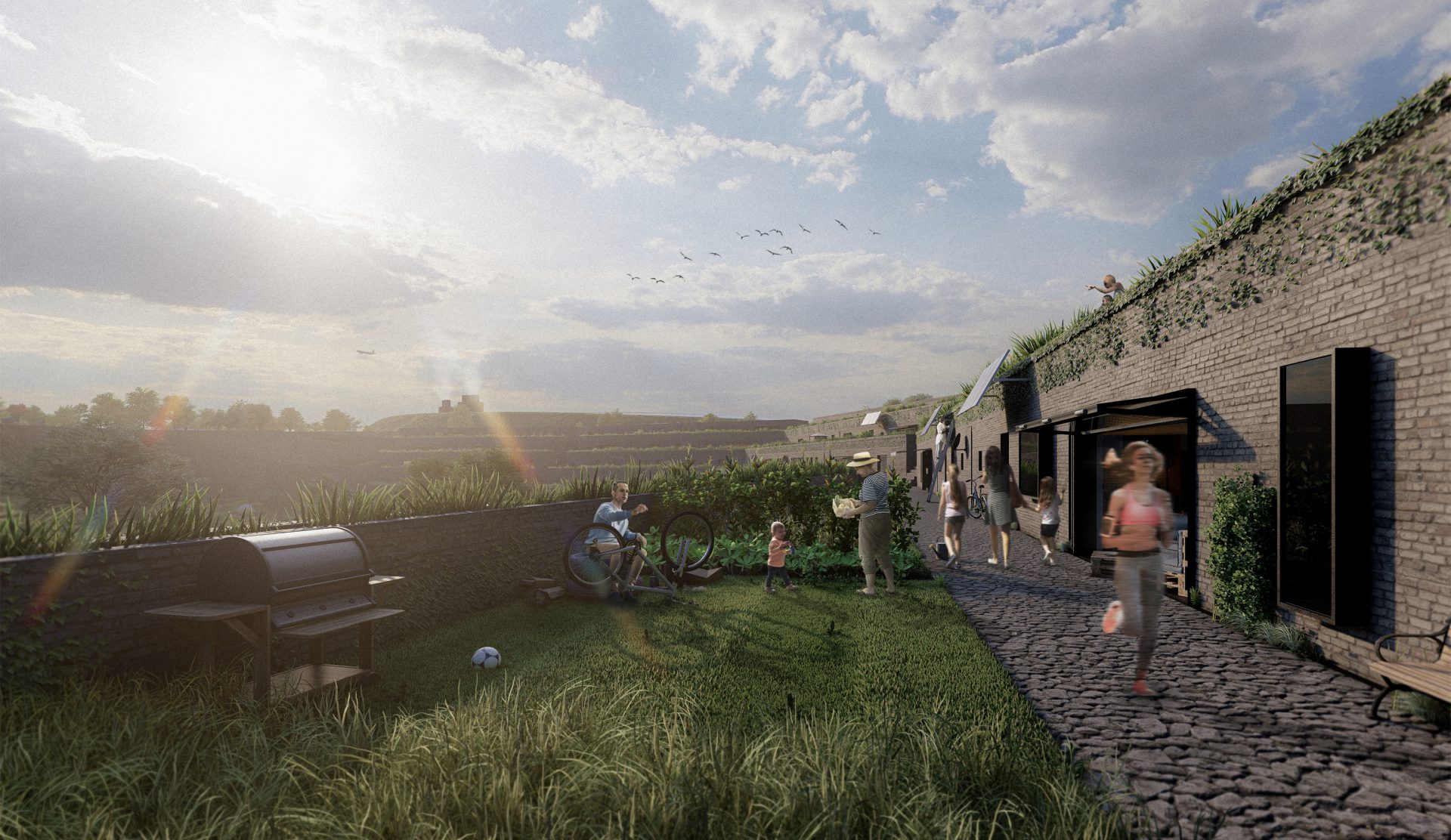 To capitalise on the waste that is in the ground the Plasmaville development looks to mine the landfill waste within Heathrow’s proposed third runway and use it as a resource, converting it into energy and building materials. This will be achieved using an emerging waste processing technology called ‘Plasma Gasification’, where any material from landfills can be heated to such a temperature that it renders all known substances to Plasmarok (a dark rock with similar properties to basalt) and syngas (used to generate energy). The project will take over an existing landfill site to the north of the proposed third runway (just south of the M4). The existing landfill in the site will be excavated and the craters left behind will be filled with housing and a Waste Processing Centre that contains a Materials Recovery Facility (MRF), Plasma Gasification plant and a combined heat and power plant (CHP). The MRF will sort waste and fish out recyclable materials and then non-recyclables will go through the plasma gasification process to produce energy, heat and plasmarok. The plasmarok that is produced from the process will be formed into tiles and bricks to be used for building housing on the site.

A short video explaining the process that the site will go through for the project to be implemented.