Diagrams of graffiti transferring into objects for building materials

A mediating object created by Graffiti Monster for Artists interaction 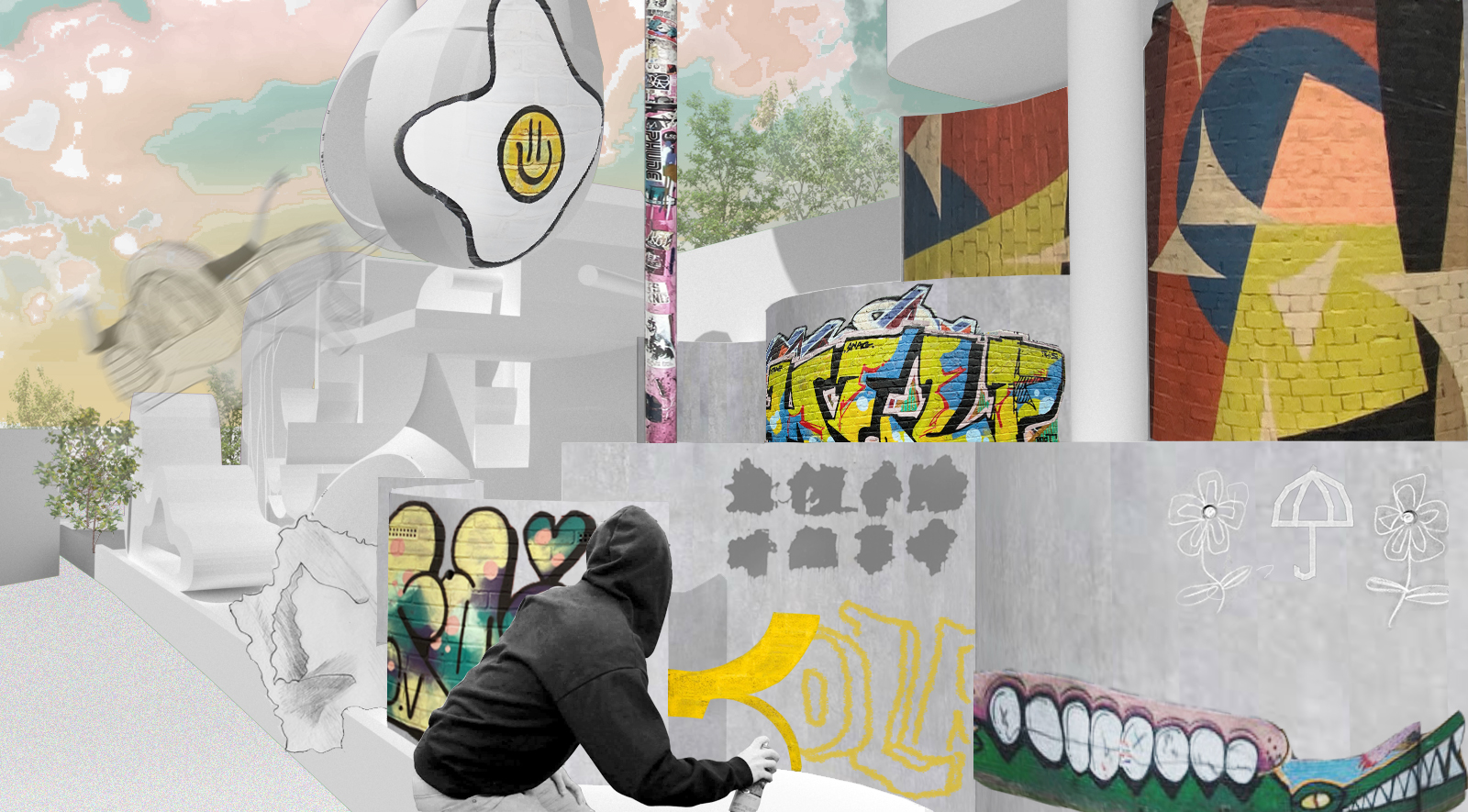 View point from Artist with Mediating Object & spotted the Monster! 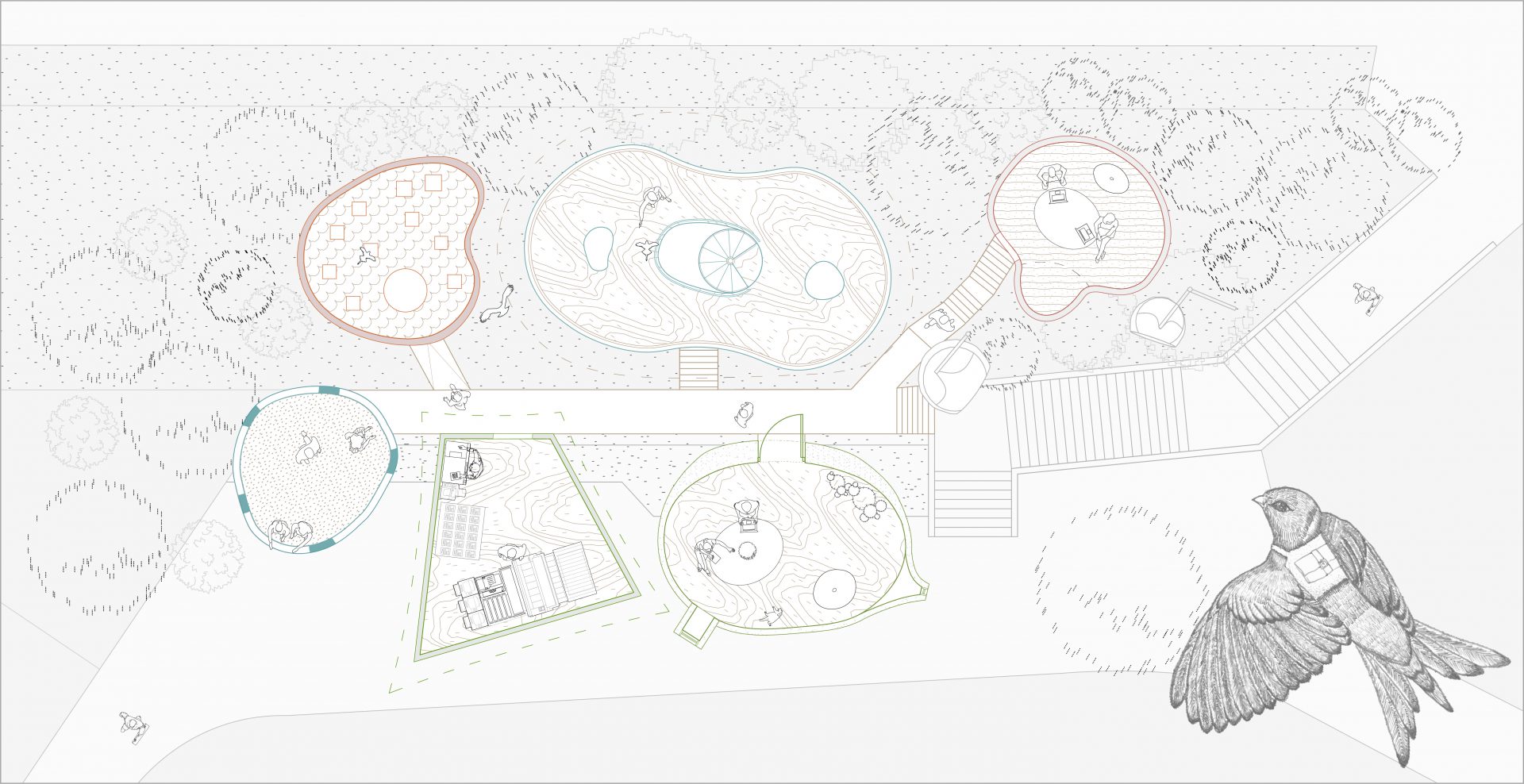 This project started with the imagination of a whimsical character who wanders through Fish Island collecting and cataloguing graffiti. Through a diagramming exercise, these Graffiti Objects generated from urban drifts were transformed into the basis for an exuberant architectural language. The first configuration of these forms became a playground for local graffiti artists to exhibit their work and hang out. As the project progressed the language expanded to provide for inhabitable space with an expanded programme. This project proposes a Protest Centre made up of six interconnected buildings which hold spaces for a group of activists that advocate for spatial justice. In this scenario, the activists use non-digital communication technologies to spread their message, such as messenger pigeons and pirate radio.