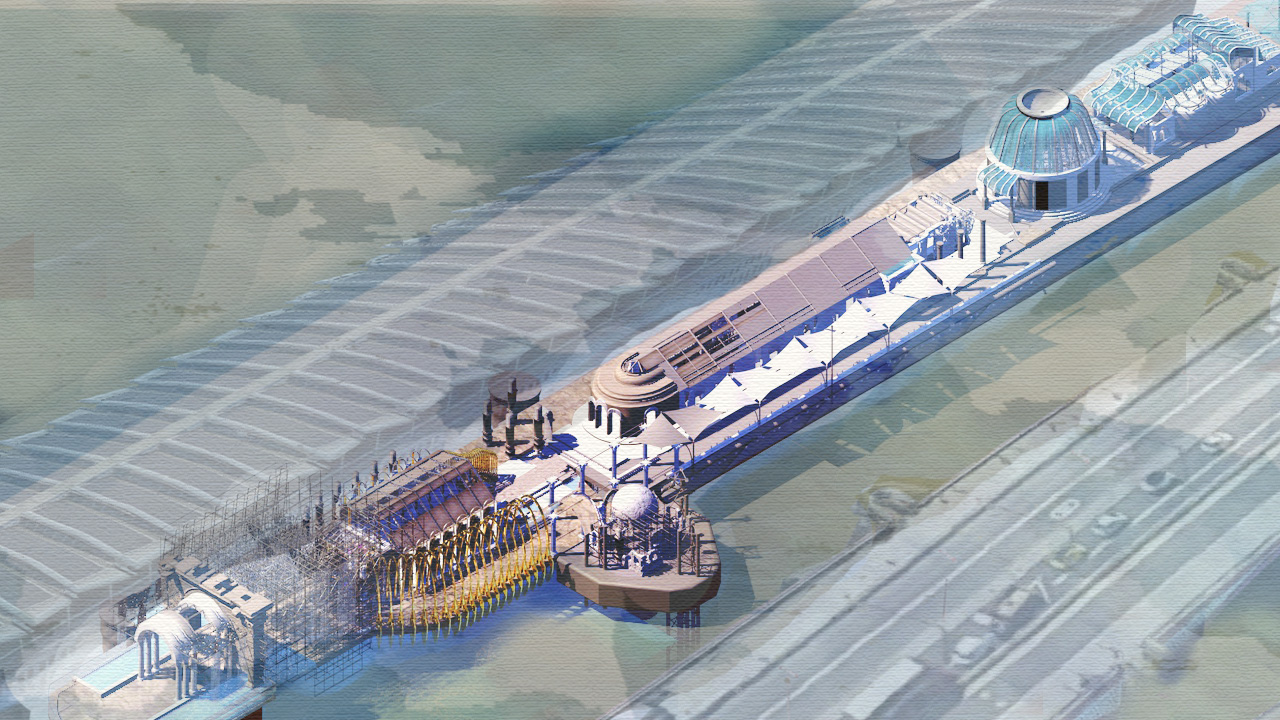 Aerial view of the Mneme Bridge 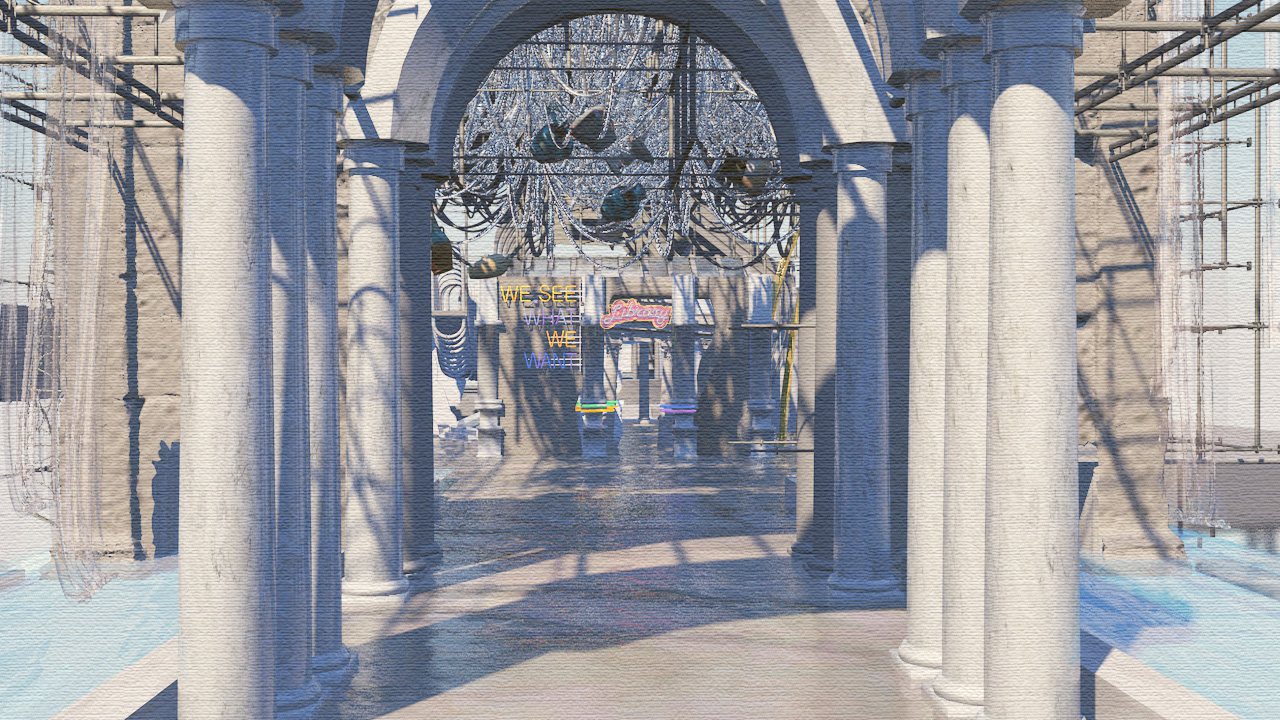 Entrance view of the museum 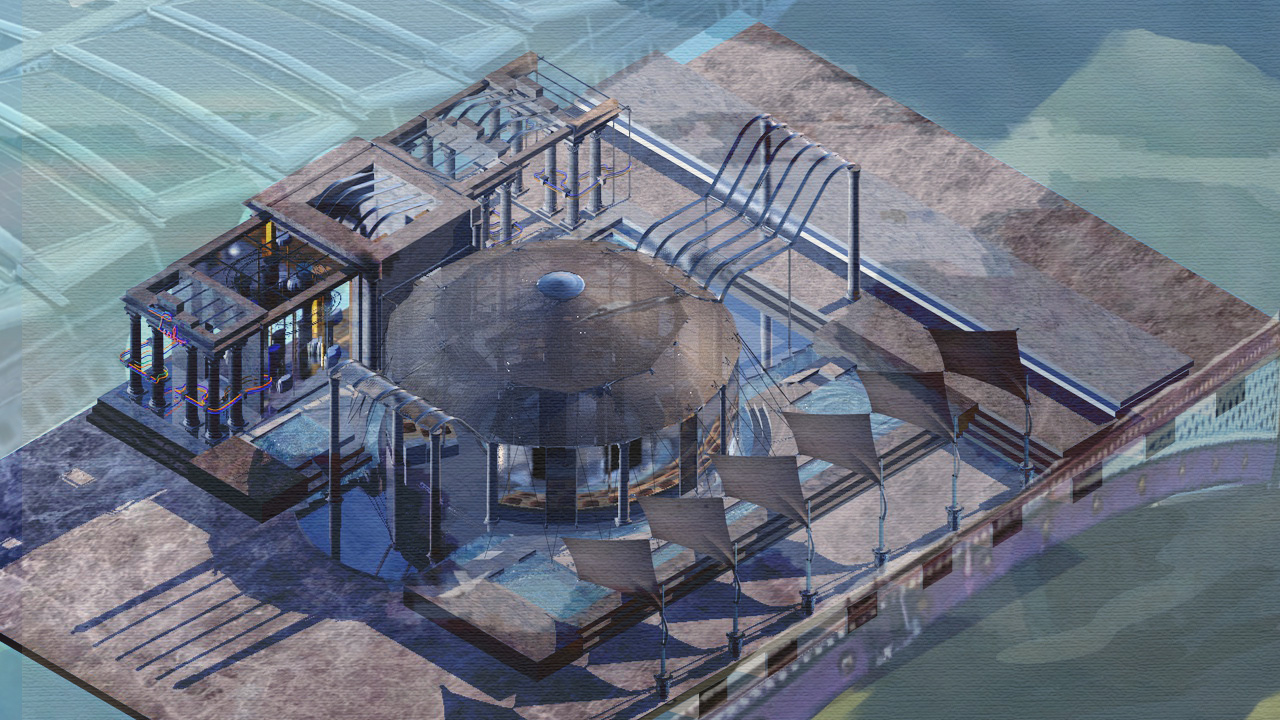 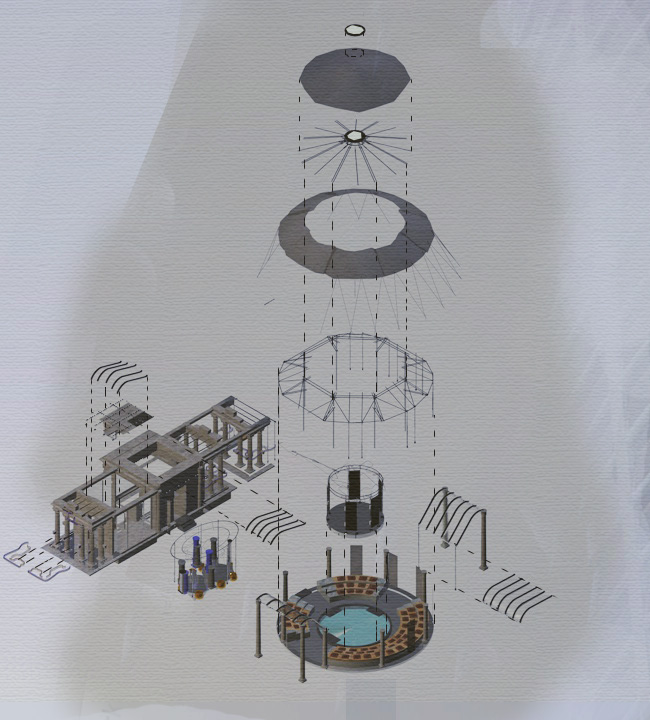 Detailed axonometric of the Teatro 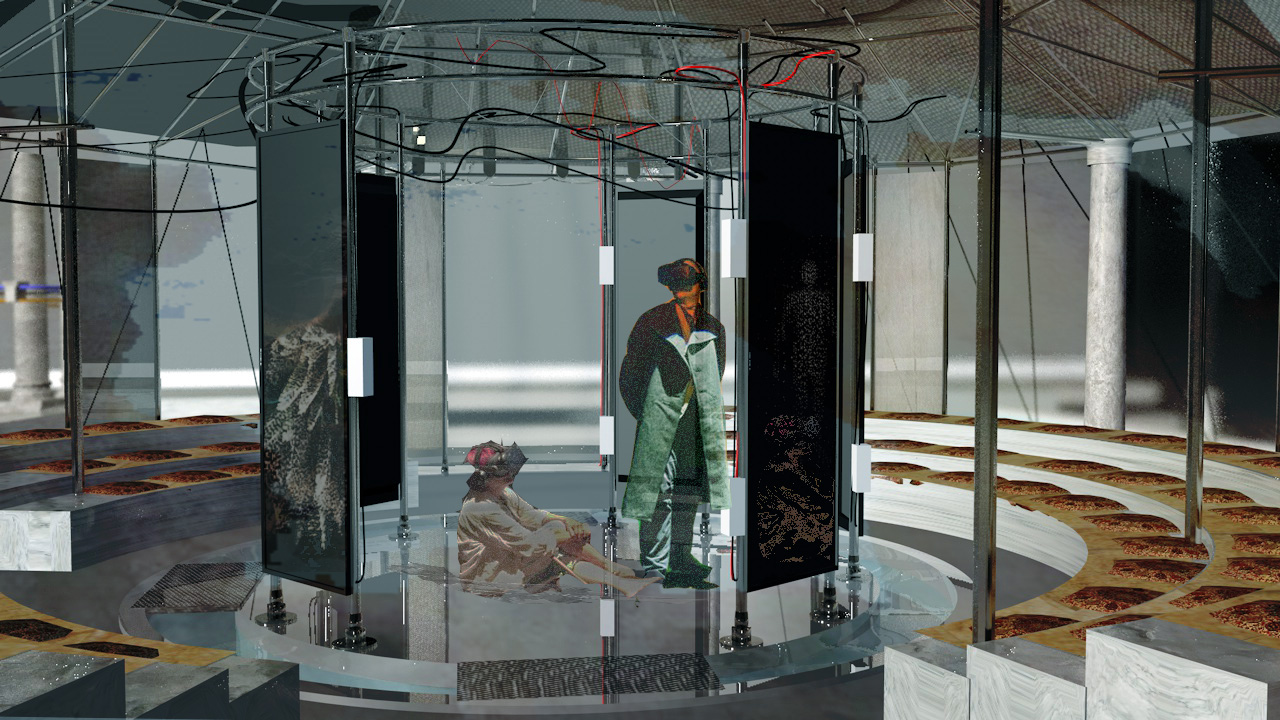 Internal view of the actors in the teatro using augmented reality 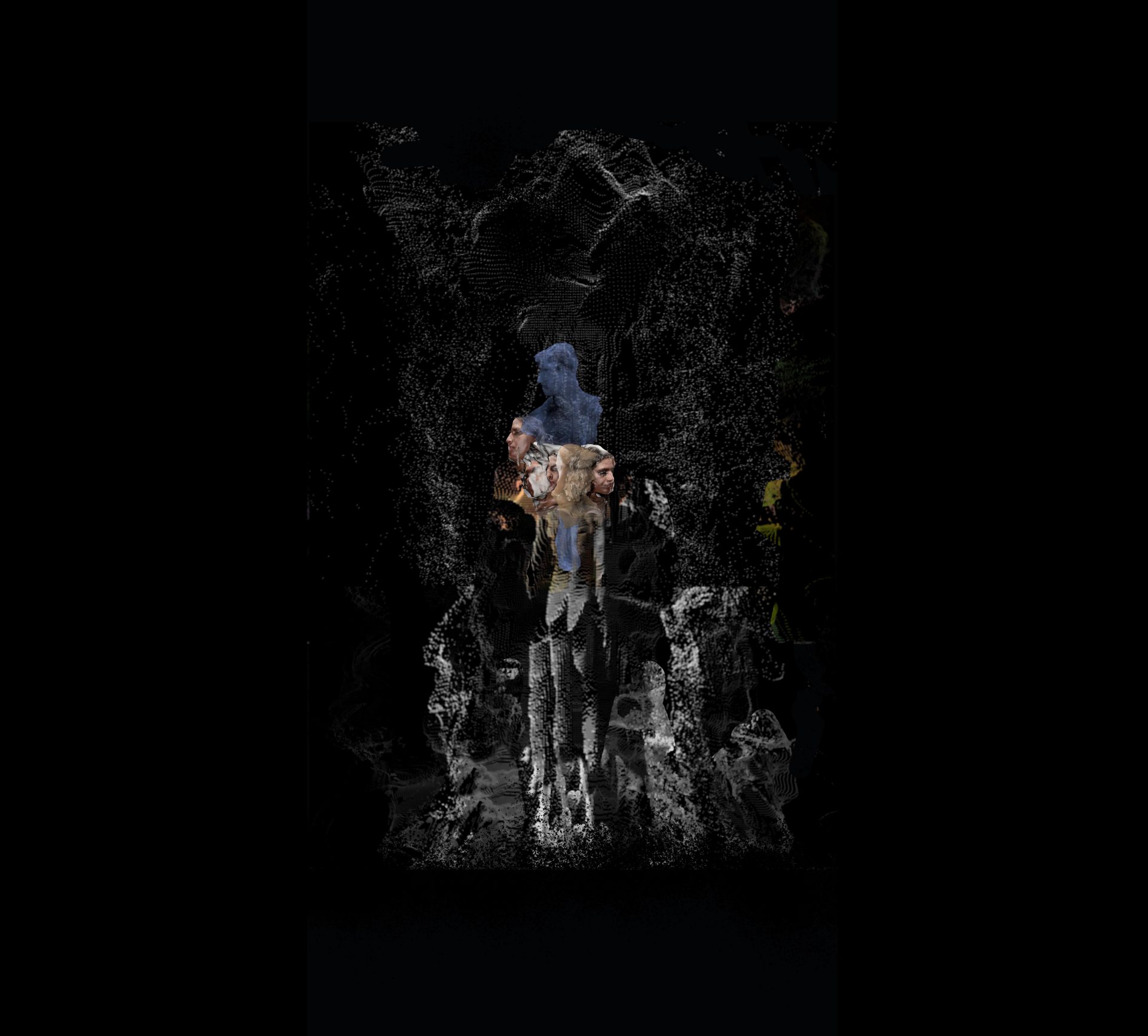 Mn?m? Bridge, Immerse yourself in the past. Play with the memories of the roman age of London. Mneme, /?ni?mi?/ (Greek: ????? Mn?m?) memory of an external-to-internal experience. This project started by imagining the point of view of a marble sculpture from the ruins of Hadrian’s villa who has been dematerialised as a point cloud. On site in London, this second body tries to find its way along walls, space and time in search of ‘zero space’: the space between the past and the present, the internal and the external of architecture. Located on the abandoned red pillars of the original railway bridge designed in 1864 by Joseph Cubitt, the project evokes an in-between of past and present, recalling a memory of an era in London which is almost forgotten. The proposal is for a footbridge and museum where visitors can recreate memories of this bygone city, channelling ancient memories through augmented reality. With the second body as their guide, visitors can recreate sensations of reality through encountering point clouds that merge with the building. This combination of architecture and virtual reality technology allows them to interact with a world of London memories from the Roman Era, splicing together the old and new city. Forget everything and remember!