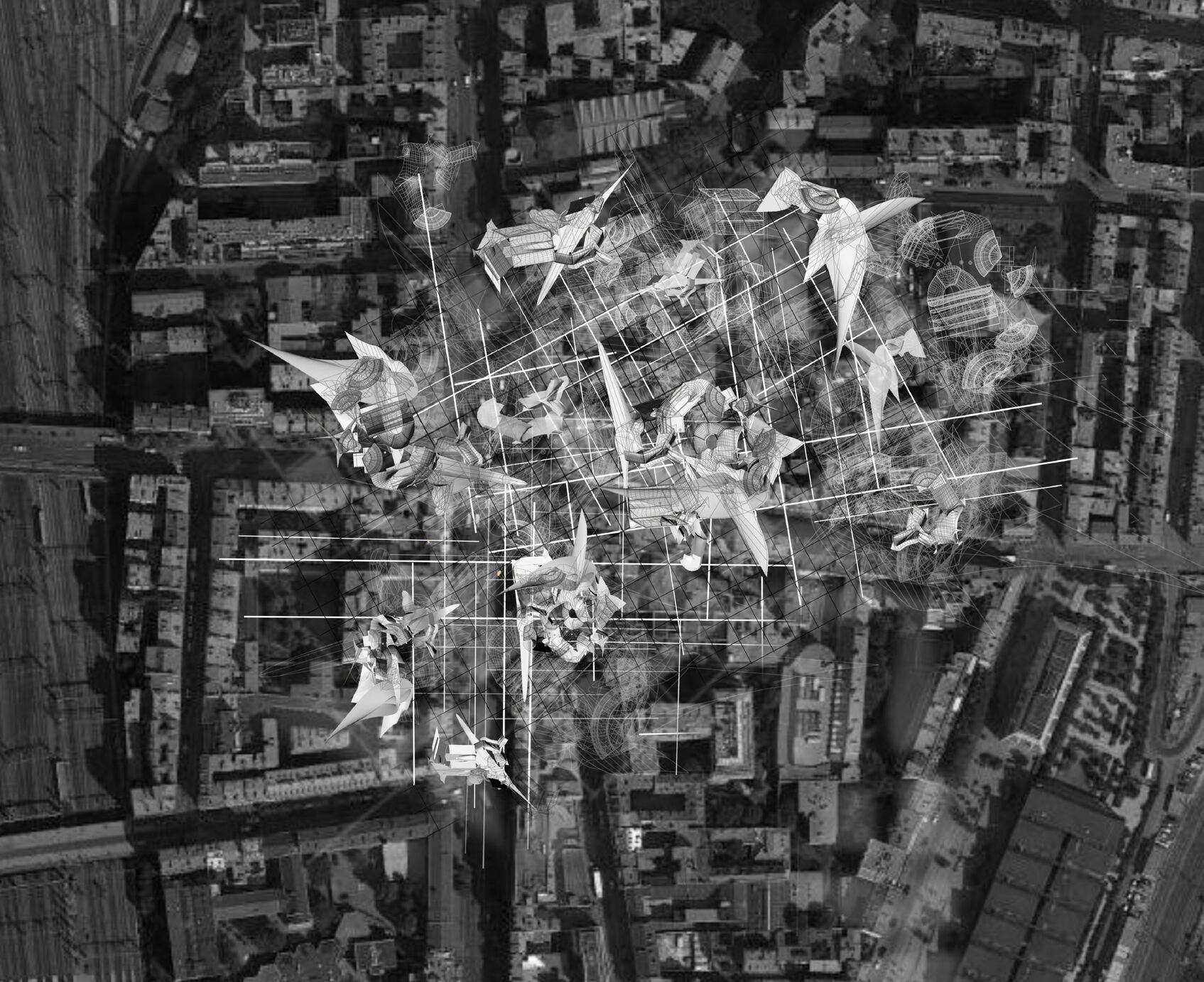 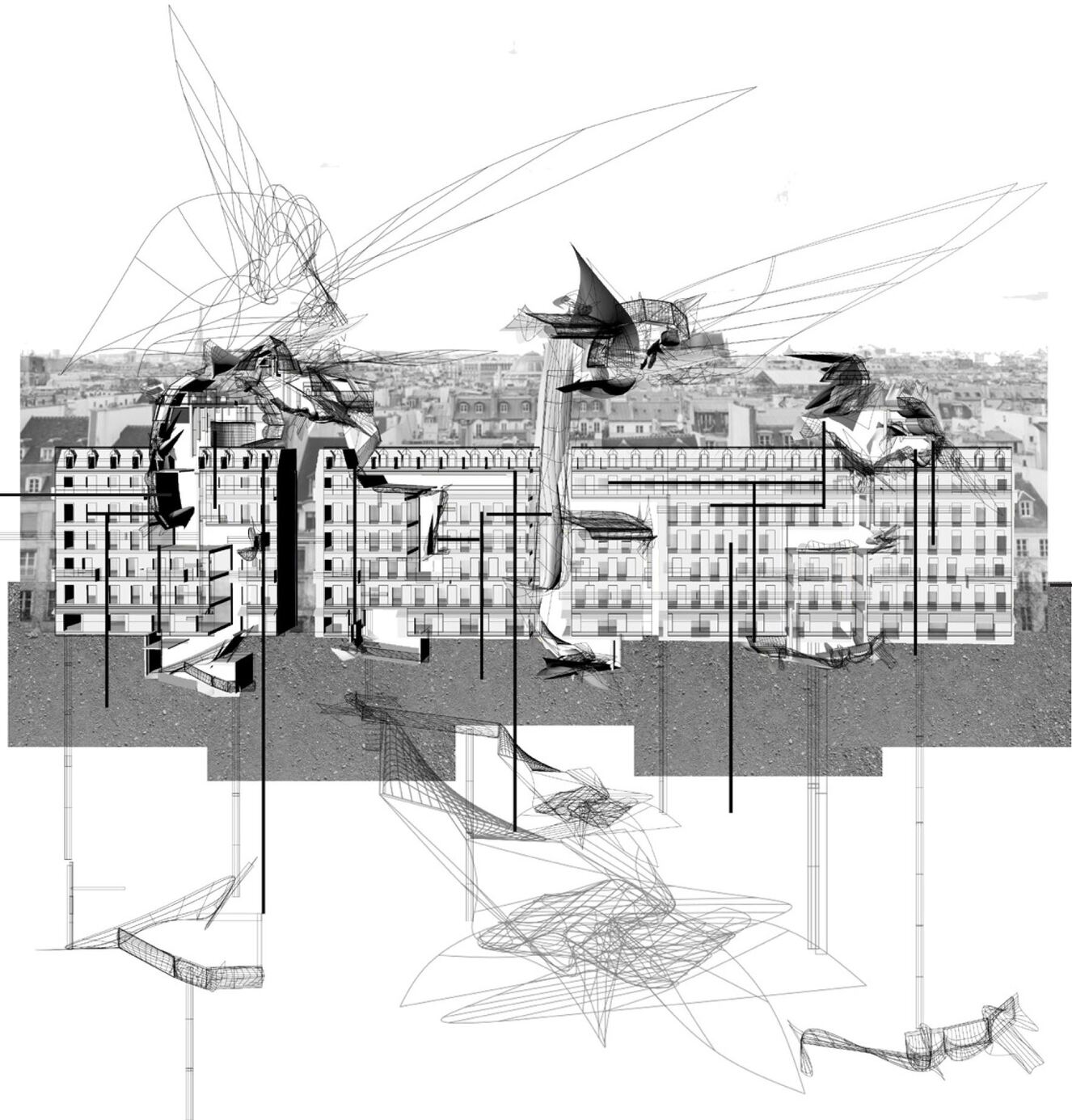 Urban section: connection to the street and variations 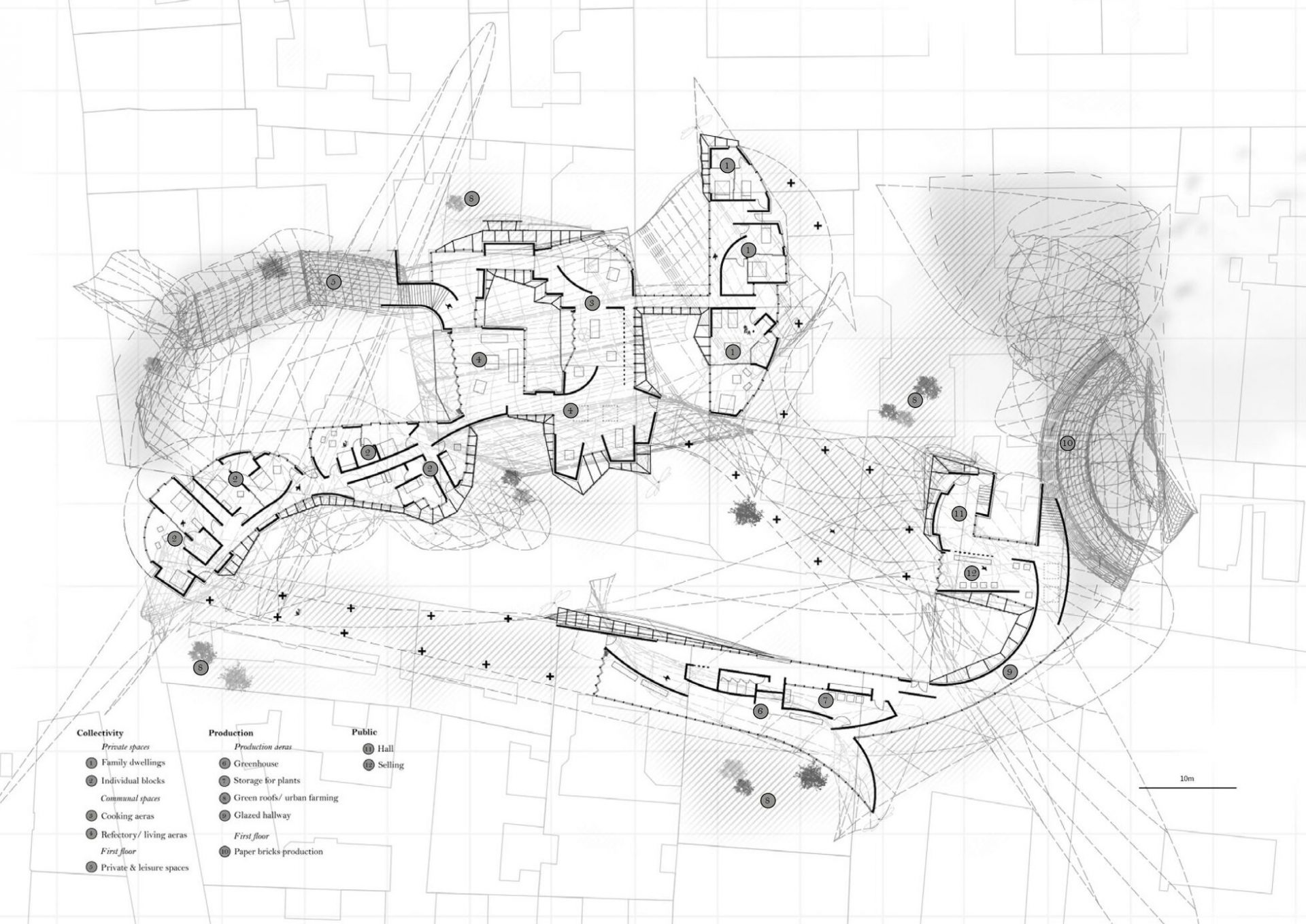 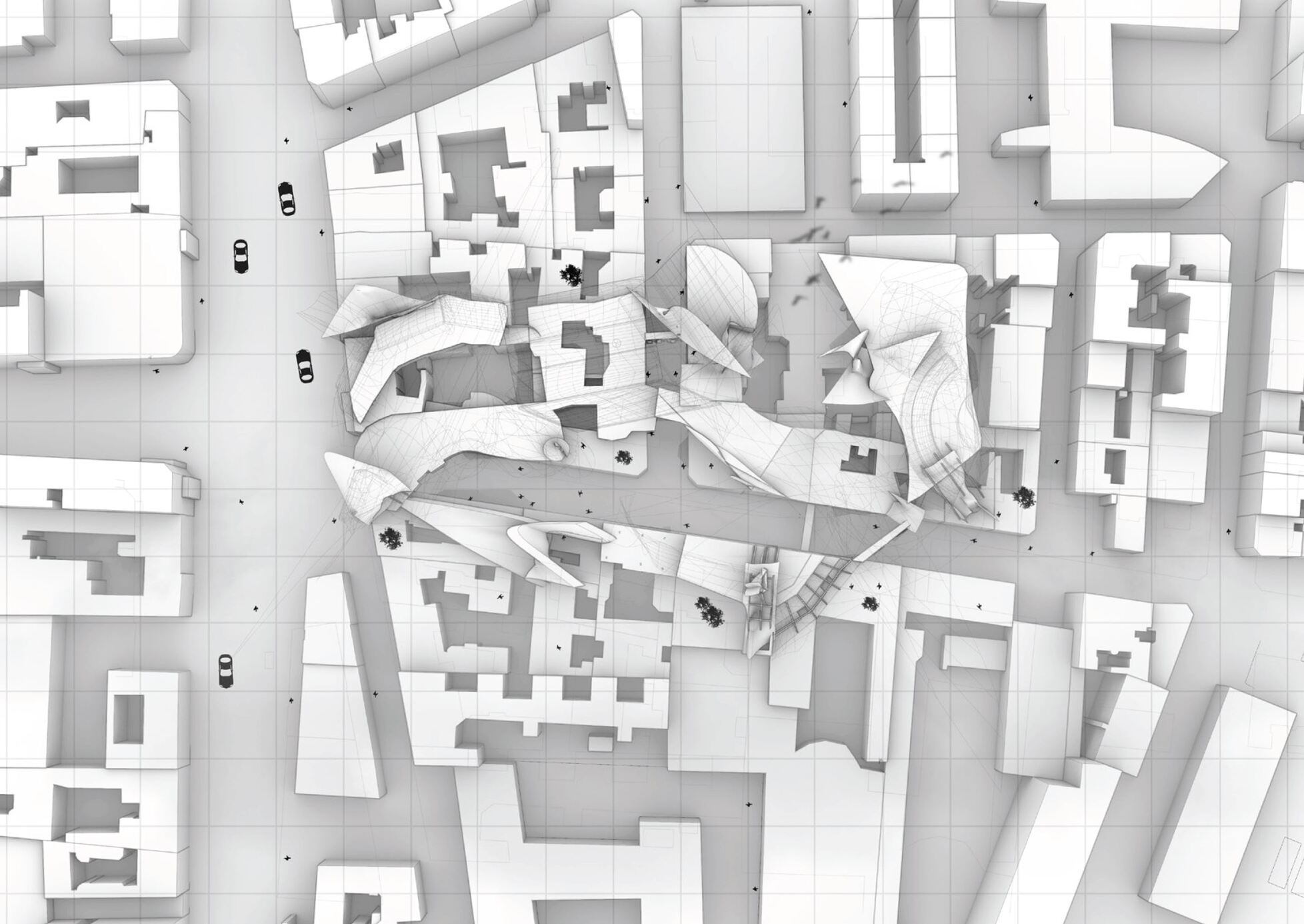 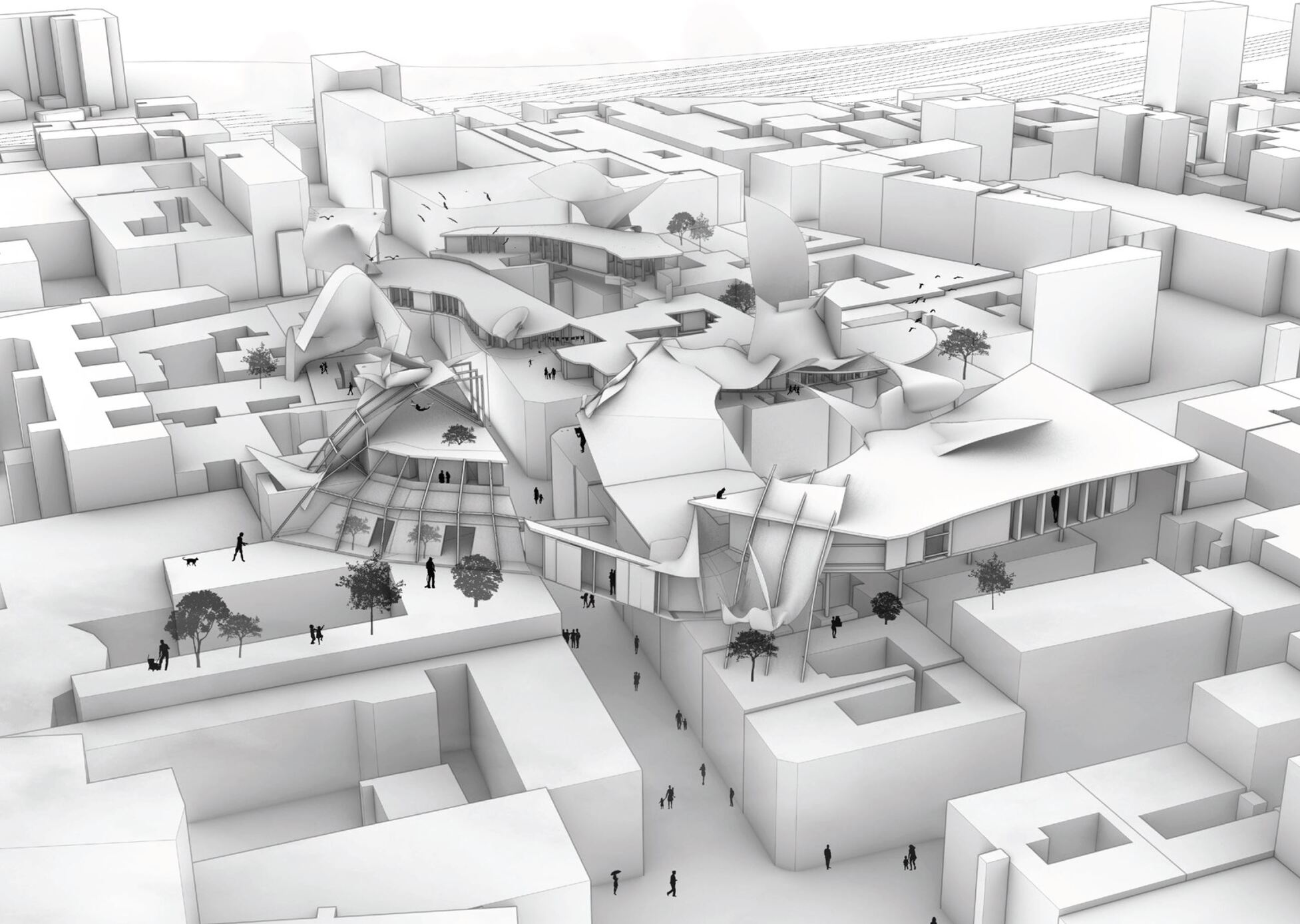 3D view of the elevated collective 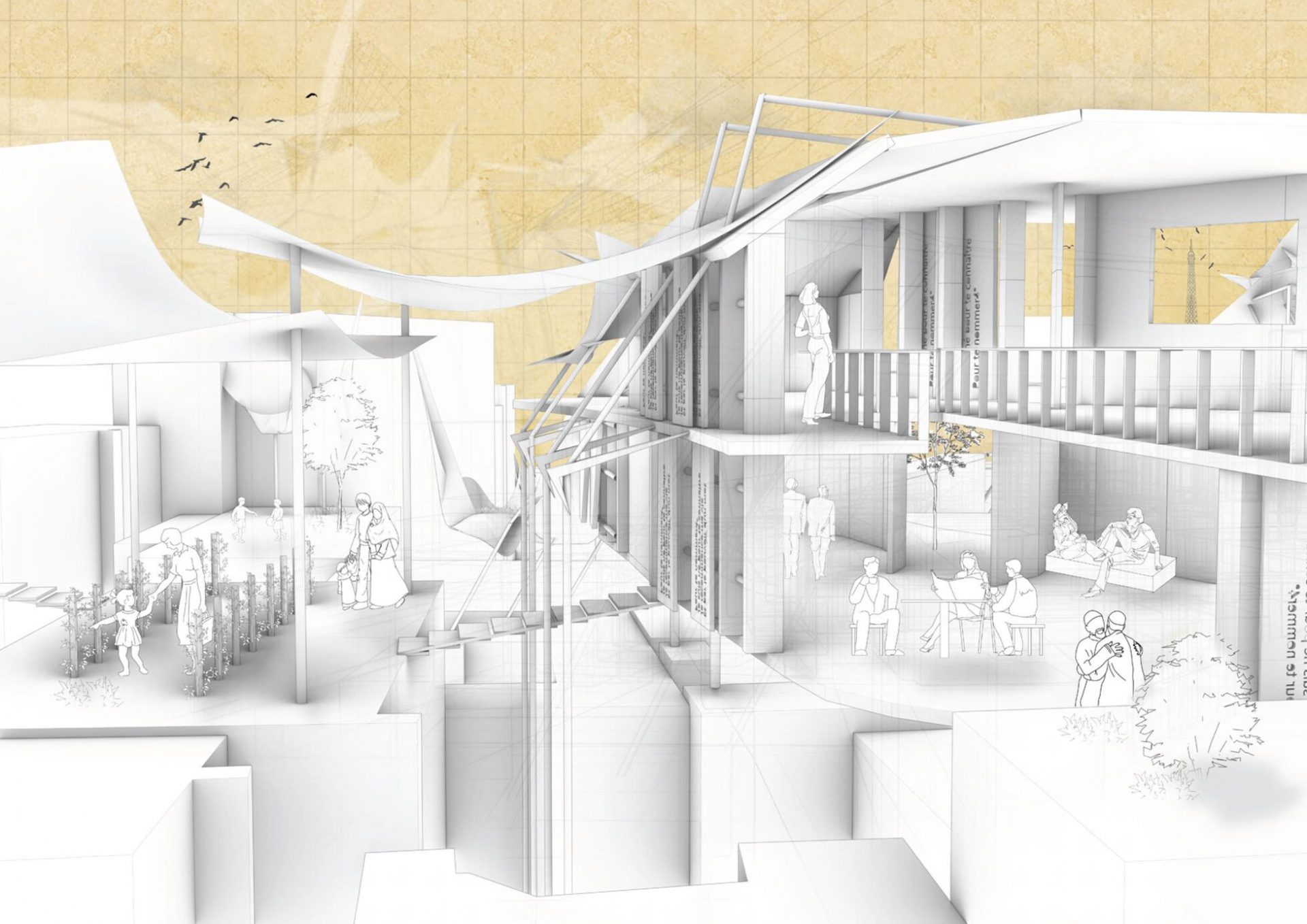 Moment: view from the roofs 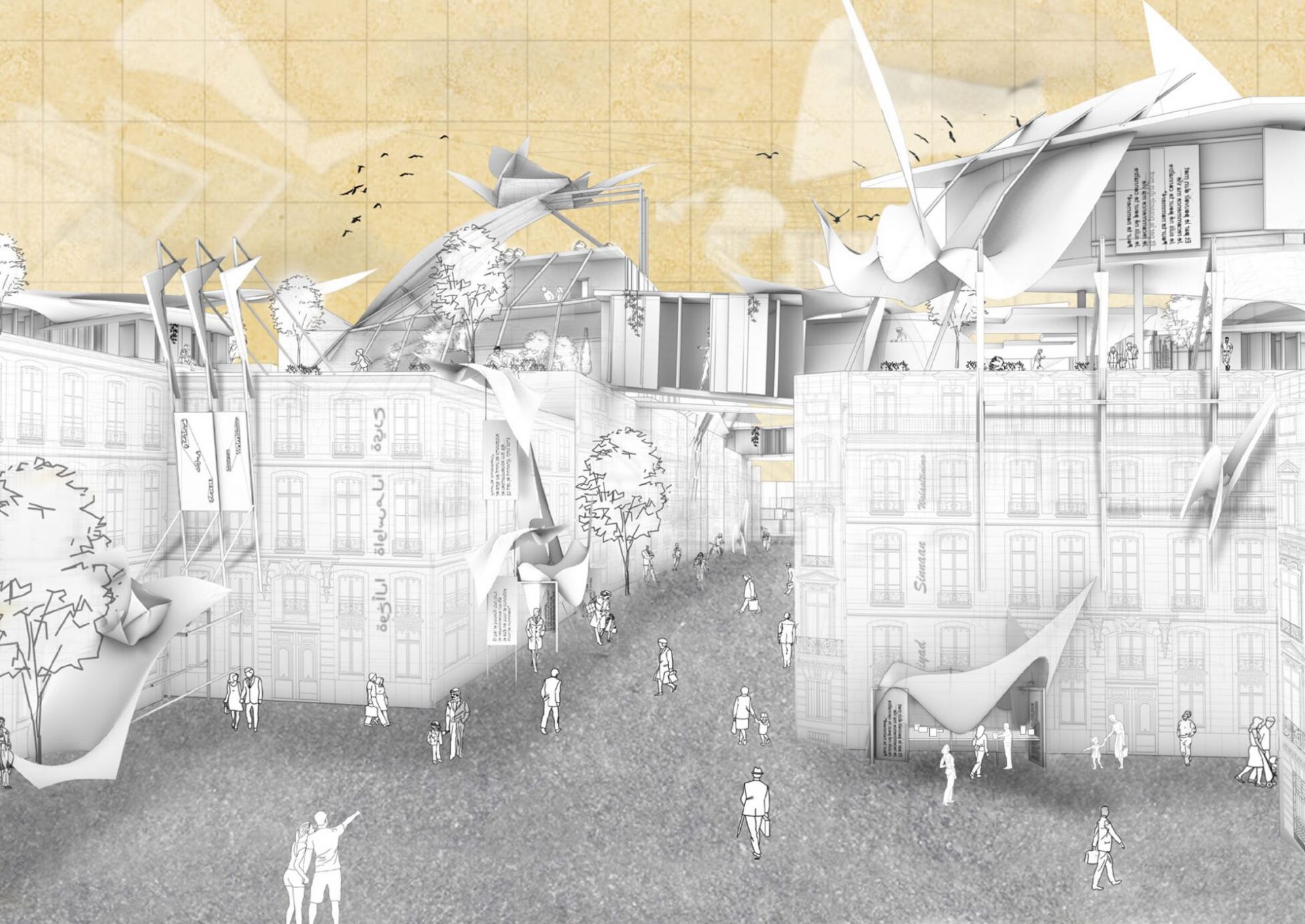 Moment: view from the street 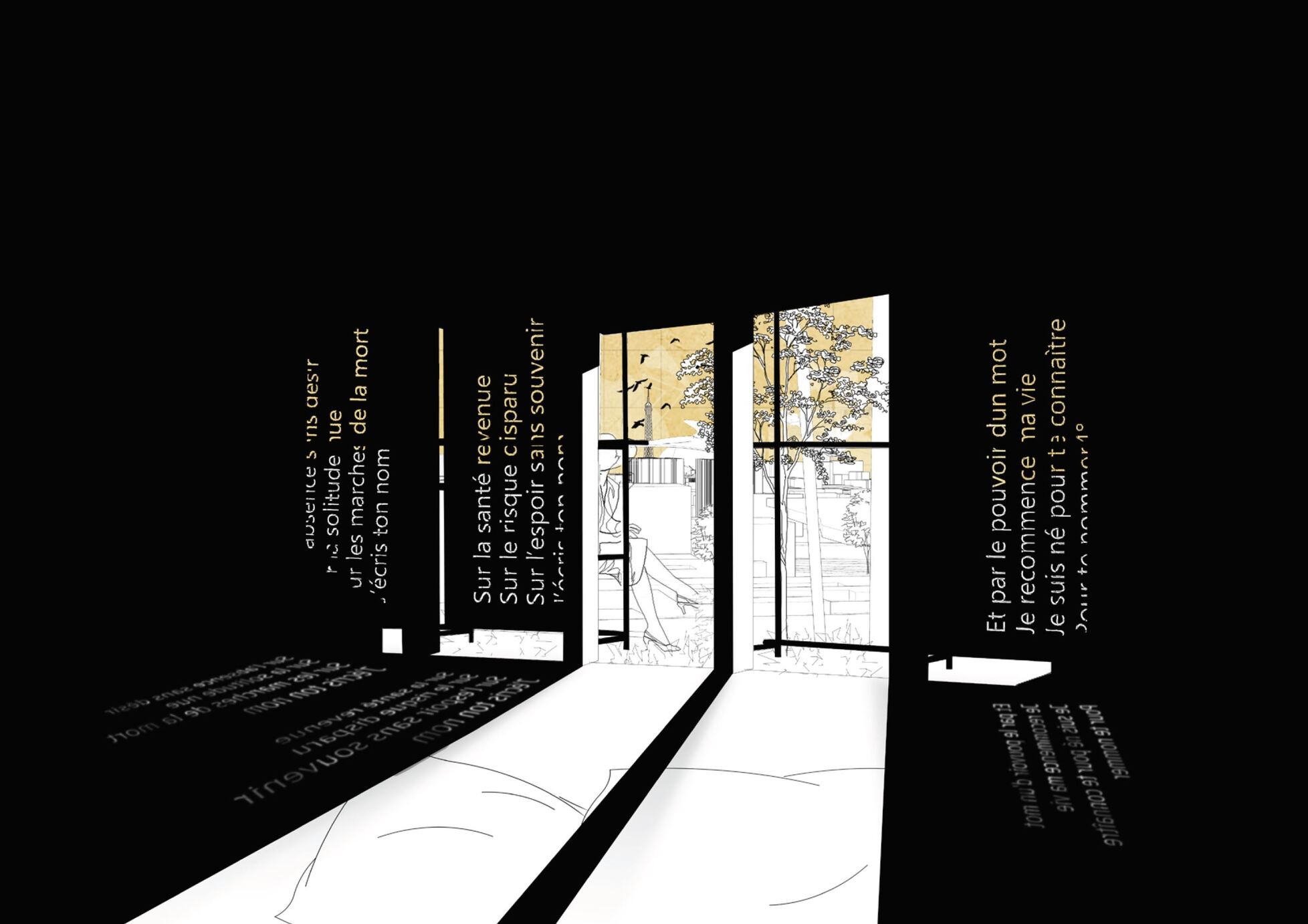 Moment: view from the inside
MArch Architecture|DS 22

The Cloud City is a subversive project aimed to reinvent new ways of living in Paris. Situated in the disadvantaged North-East part of the city, the project intends to bring back collectivity and to erase any segregation or enclosure of any kind. The concept was to create an aerial city on the roofs, to reject the current urbanization of the cities and its social divisions. Designed to welcome Paris’ migrants and refugees, it allows them to be fully integrated to the local economy through an ecological purpose, selling their eco-friendly products to the inhabitants below. With its particular architectural language, the project not only reflects a protest against Paris’ standards, it also takes the climate into account to produce energy. Indeed, its specific skin and devices collect water, wind and sunbeams and transform them into electricity or heating. Combined to the urban farming present on the roofs, the project participates to a better future for the planet, the migrants and the city itself. Overall, this Cloud City celebrates the diverse cultures of Paris by giving back their right to the city to the refugees, restitching the existing urban and social fractures and reflecting France’s motto: Liberty, Equality, Fraternity.