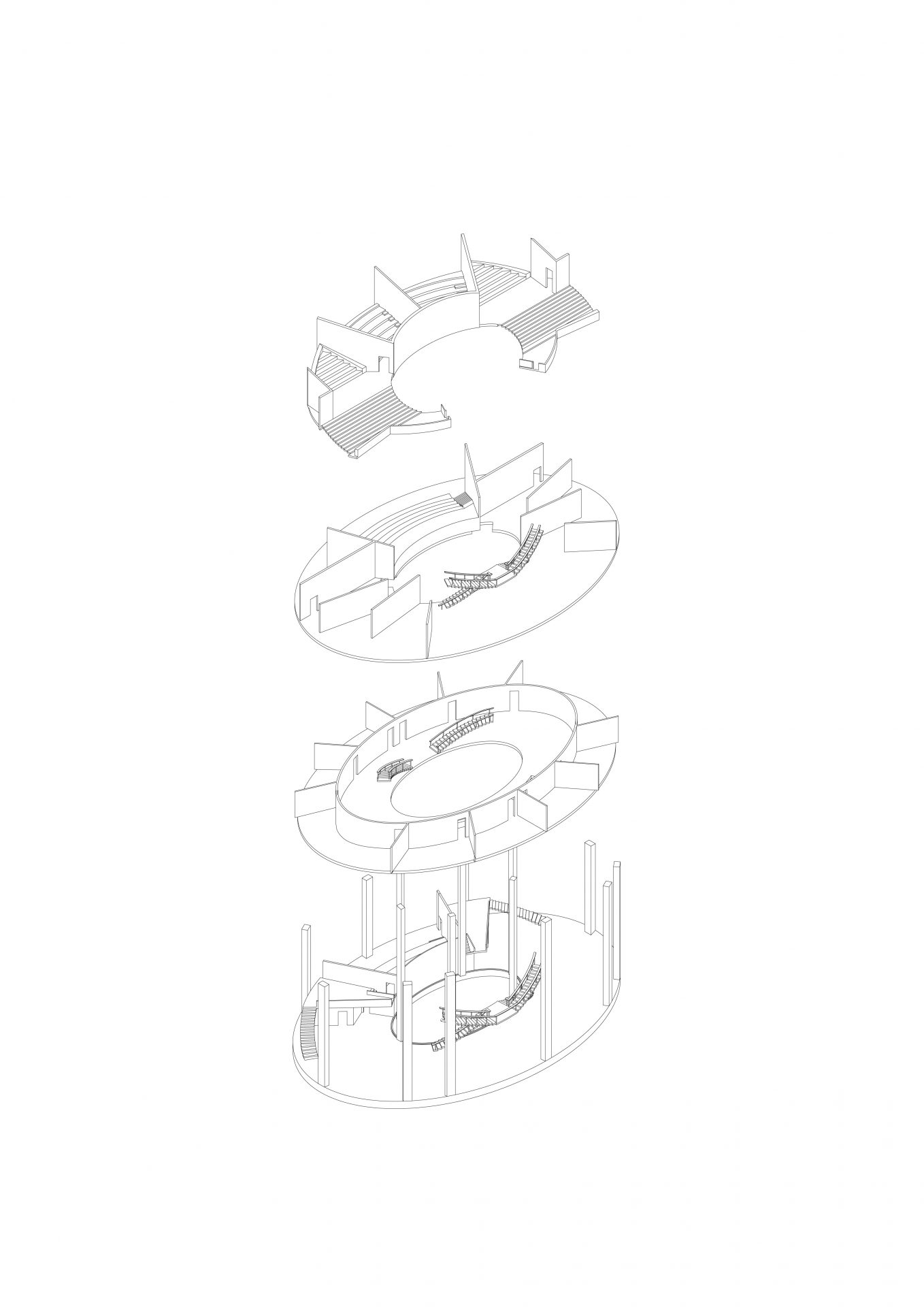 Exploded axonometric of the spatial arrangement 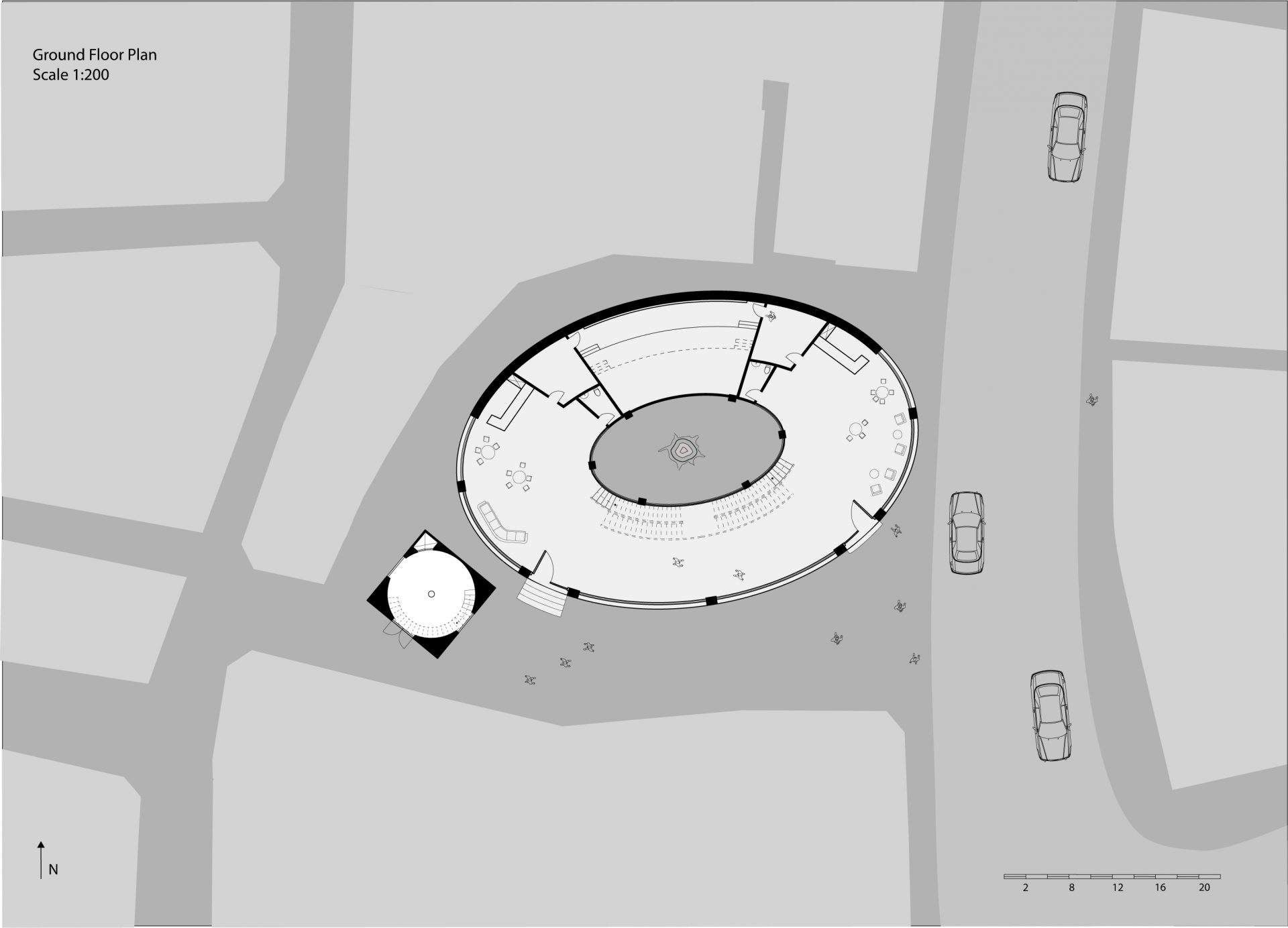 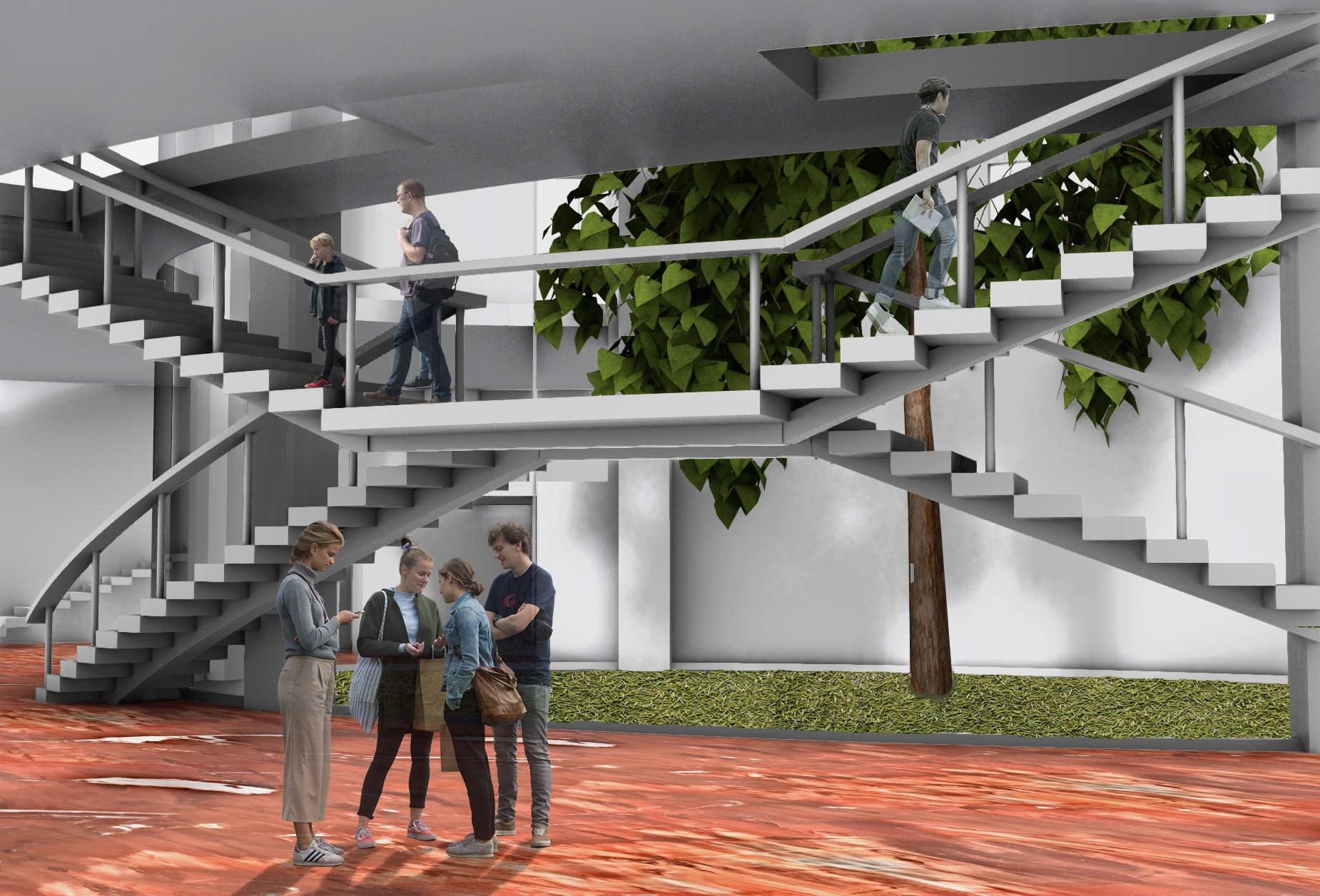 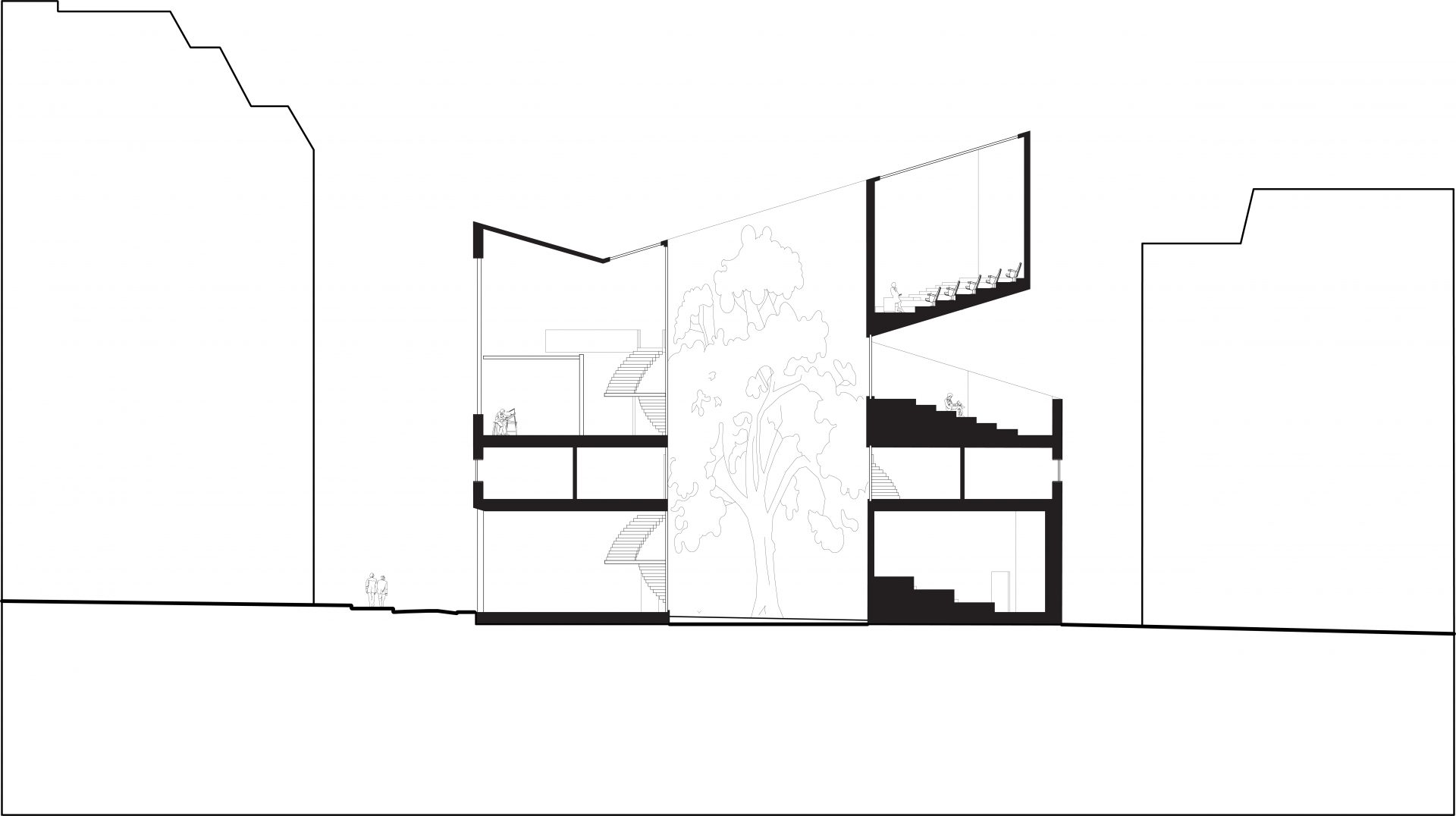 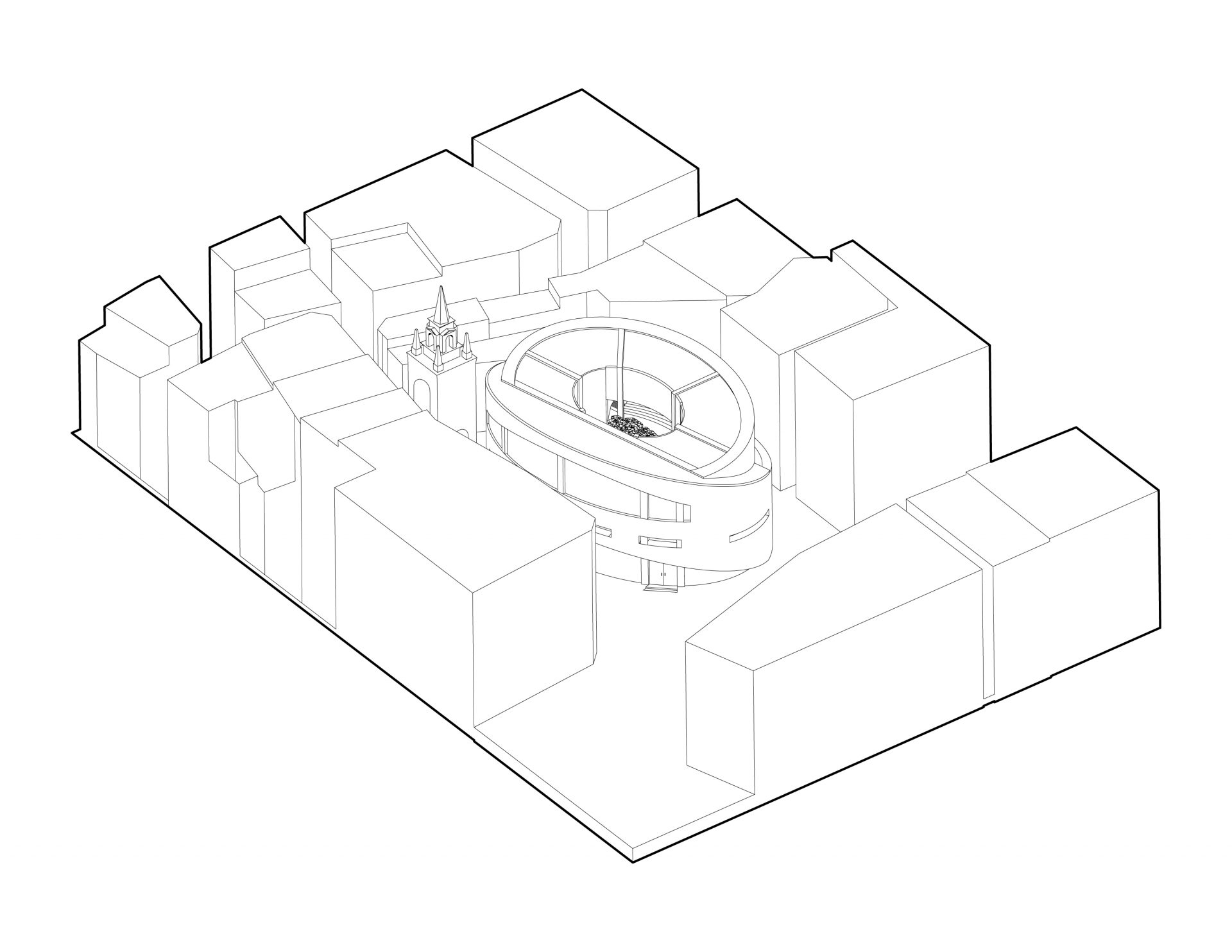 Axonometric elevation of the building in context 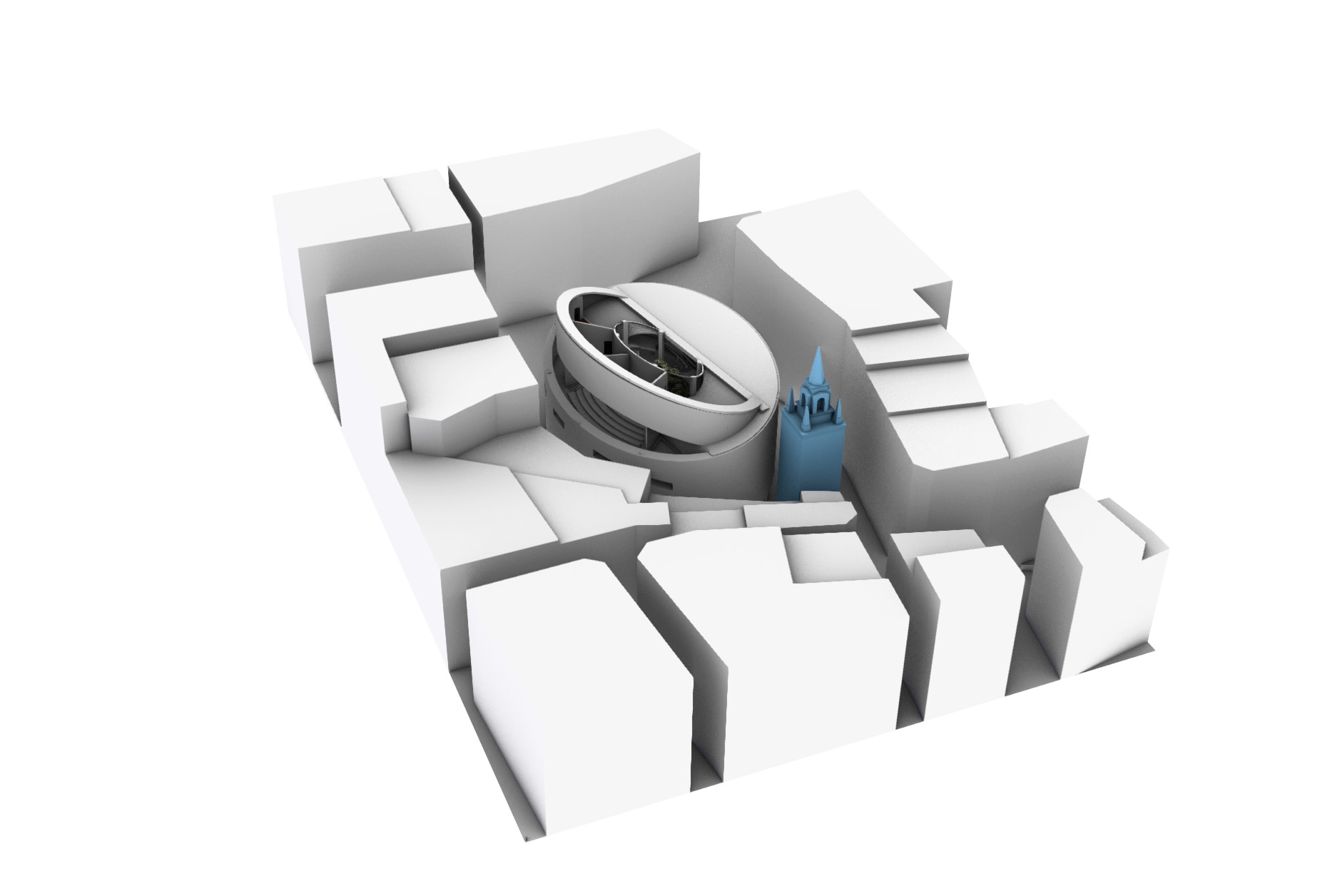 Model of the building on site
BA Architecture|DS 2.6

The building I designed is designated for the representatives of the Cosmist movement, who study and teach their ideology, focusing primarily on space exploration and rocket building. The burst of scientific interplanetary investigation in the beginning of the 20’th century has driven the cultural and architectural ideas to mimic and borrow certain elements of space fiction and adapt them into the modern construction. With the use of brutalist forms and naked concrete finishes I wanted to evoke the spirit of that ideology and what people used to dream of when thinking about space. The primary shape of the building, therefore, are two rings, interlocking between each other, representing the two main areas of study that are going to be explored there - rocket building and space exploration. On the ground floor sits the satellite watch room and at the third floor is dedicated to a studio, where students and professors can bring their ideas to life and craft models of their rockets. The very top floor hosts two lecture theaters, 60 people capacity each for the scientists to present their discoveries or just give lectures.