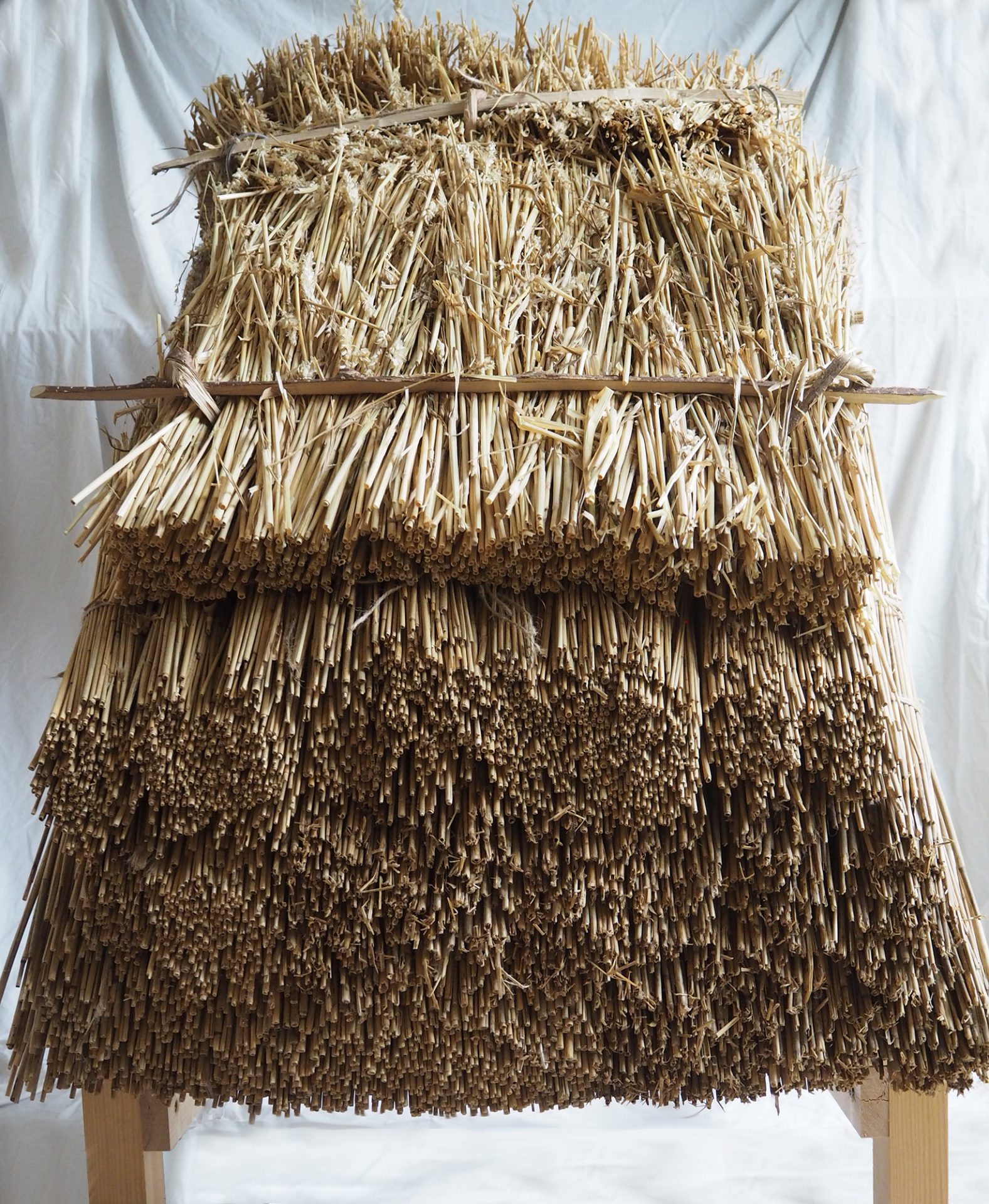 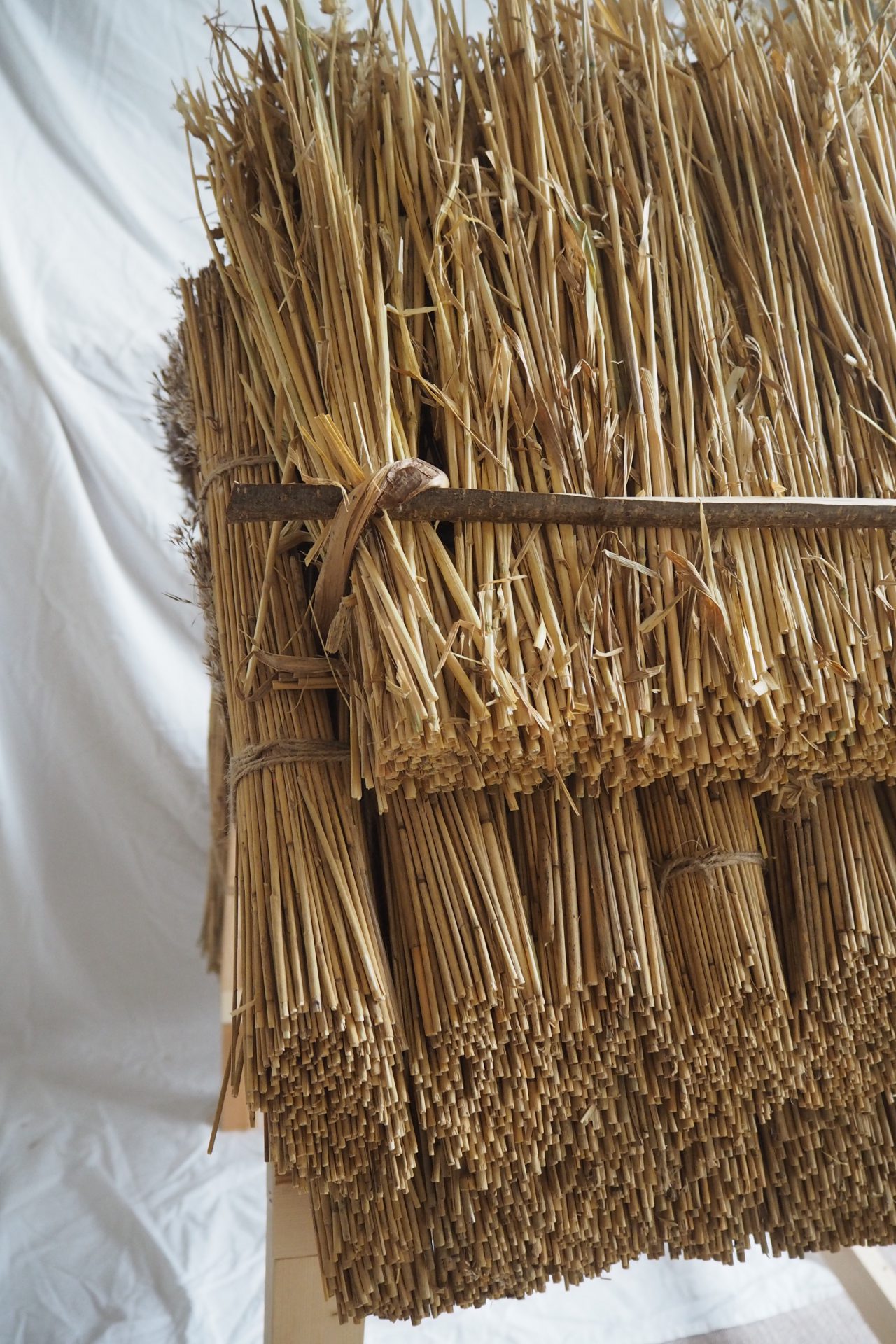 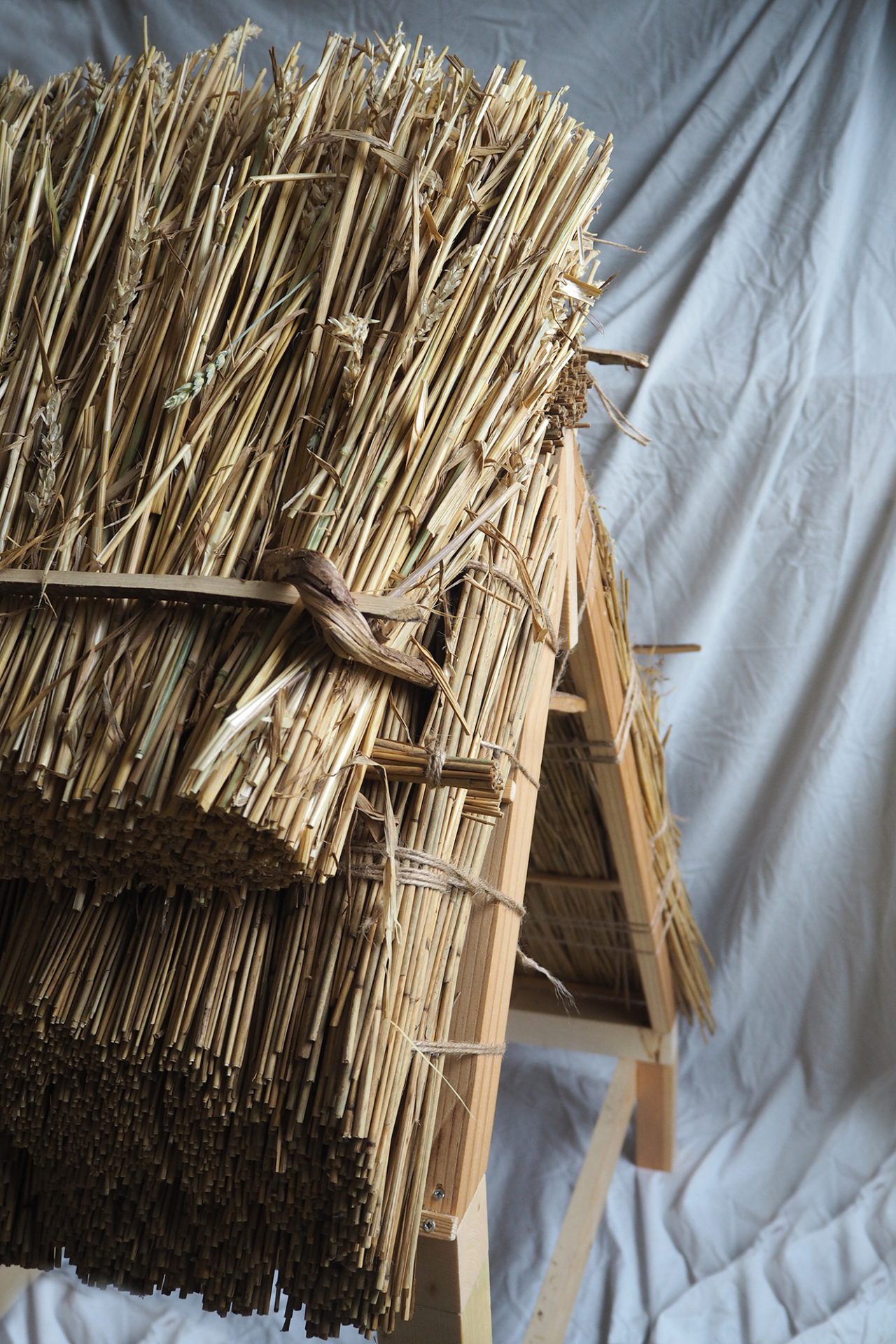 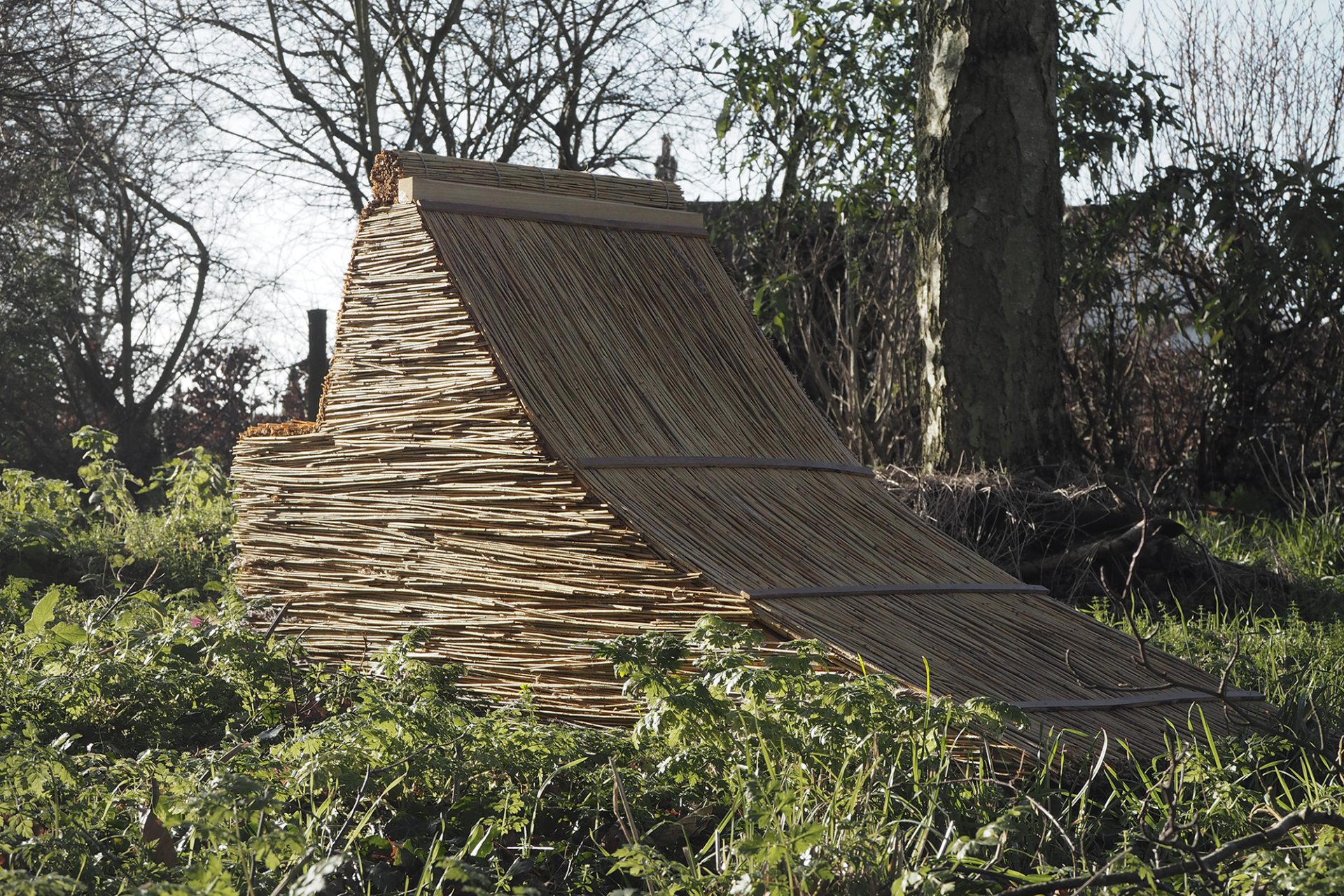 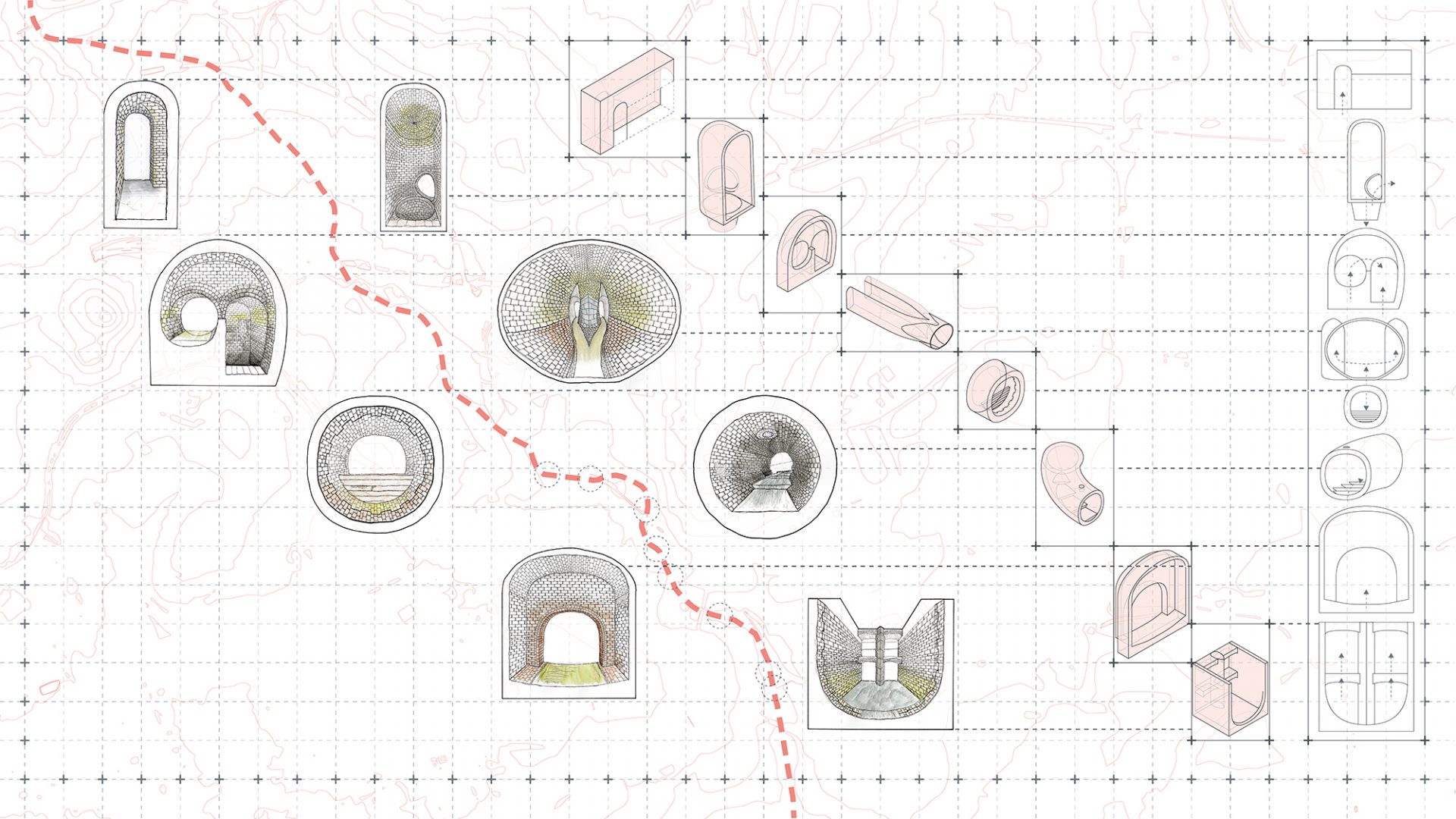 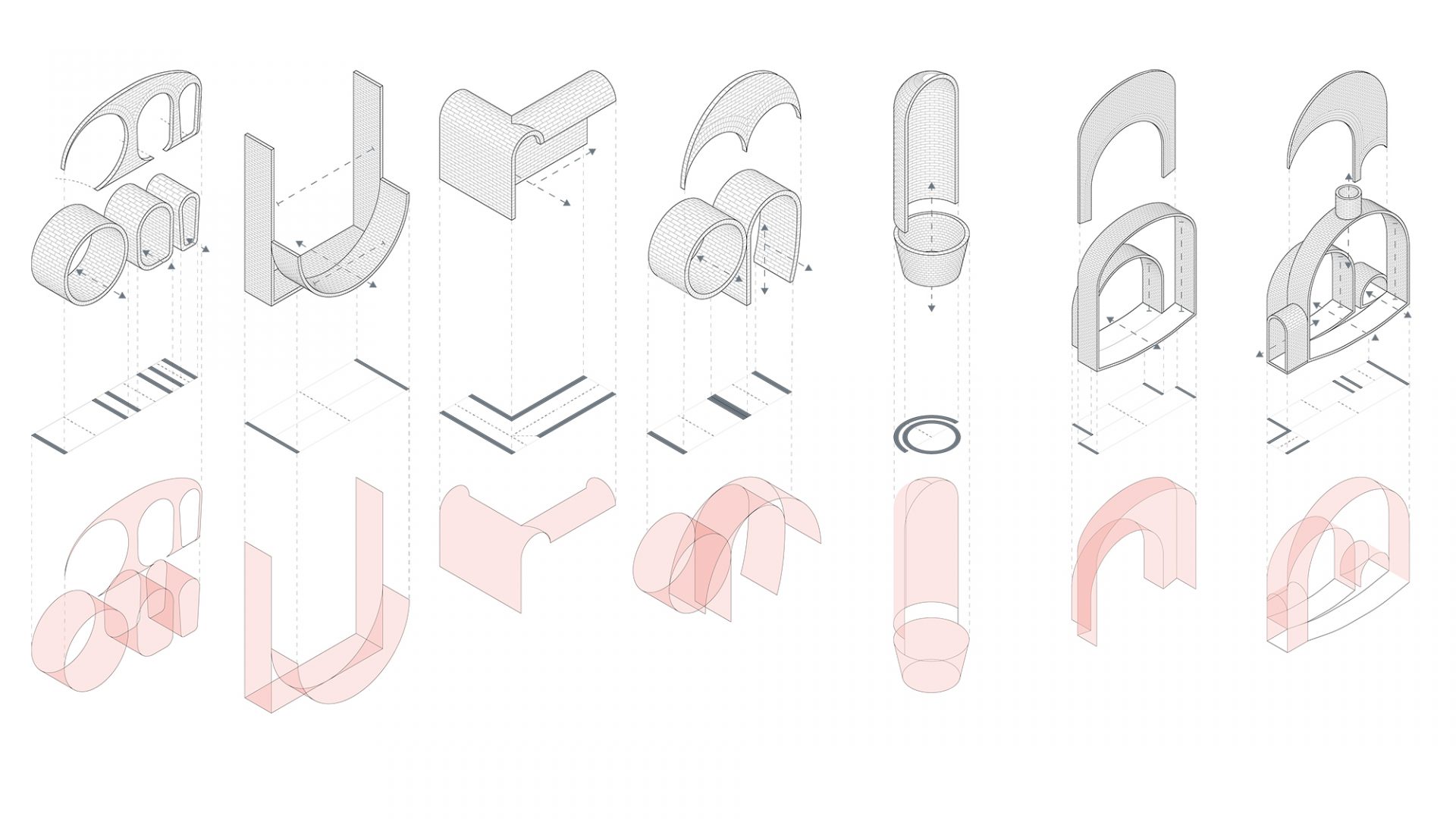 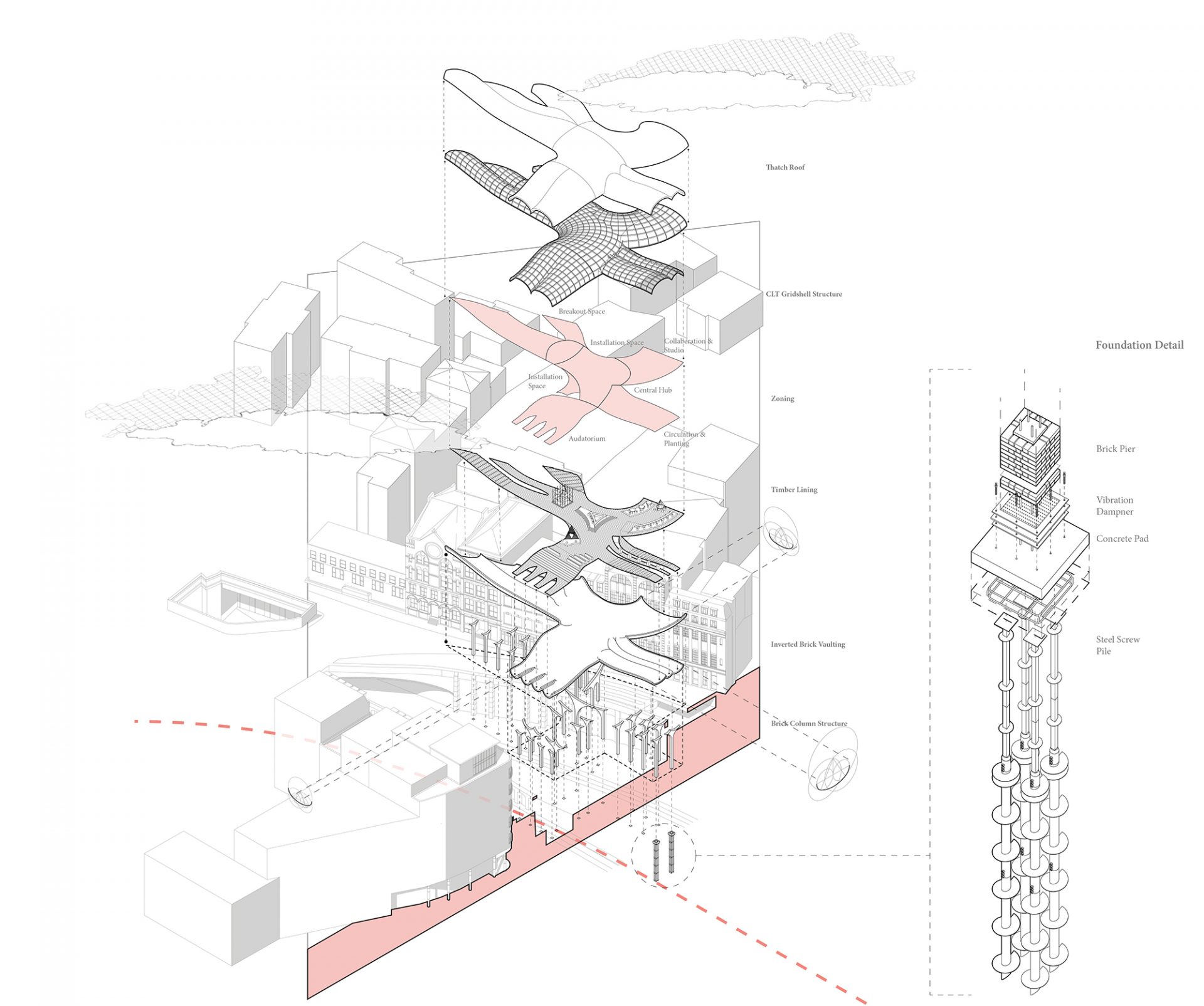 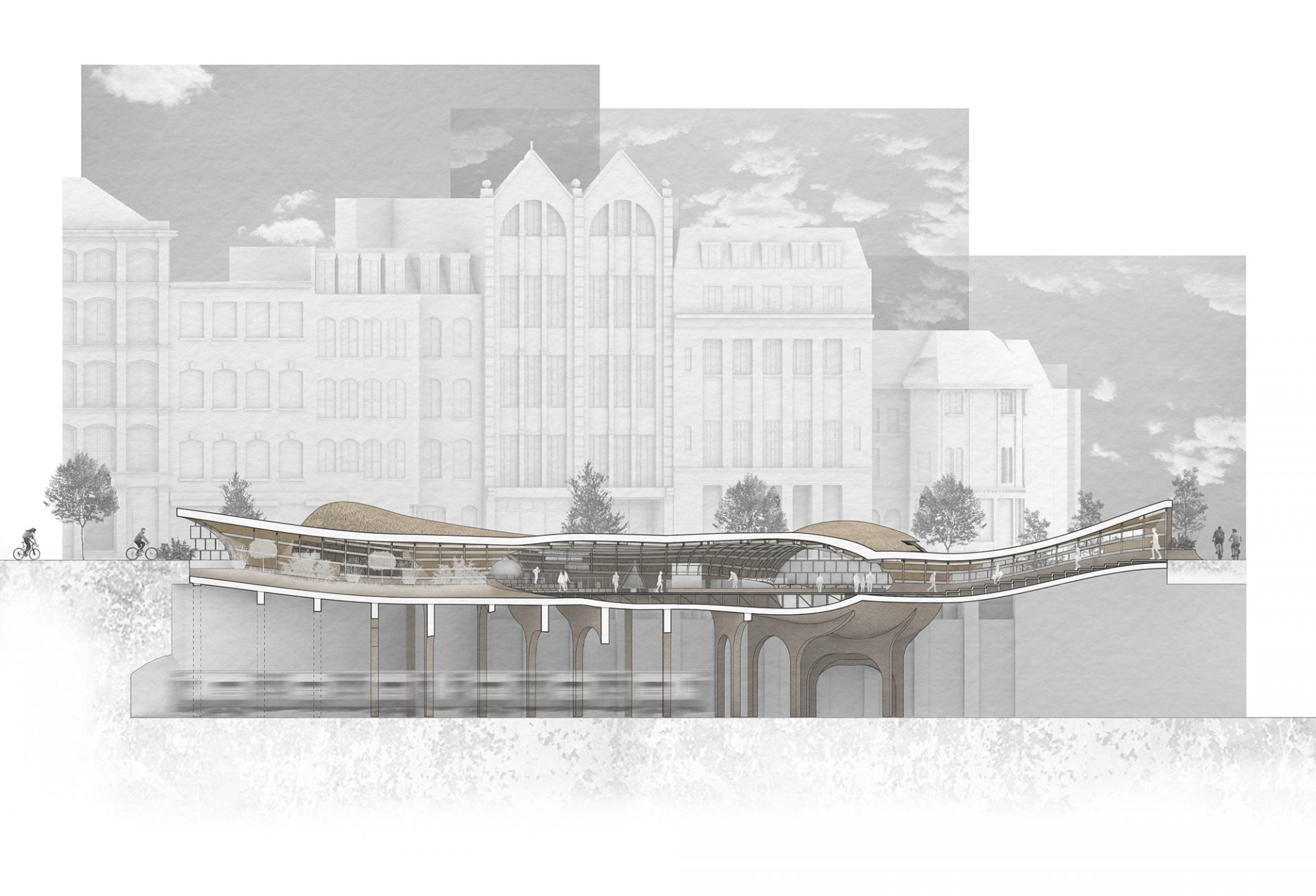 The Low Line provides a key civic space to the area of Clerkenwell, an area with a rich history in design and making. The proposal seeks to champion and expose events such as Clerkenwell Design Week celebrating the production of the area. The architecture seeks to expose the unexposed River Fleet which was one of the most influential lost rivers of London, historically ferrying goods and people for centuries. Today however, it ferry’s nothing but rainwater and waste, but it does so in some of the finest examples of the Victorian infrastructure in London. The underground vaulting of the River Fleet serves a purely functional purpose and has done for over 150 years. The Proposal seeks to take this Victorian marvel and exhibit it in the architecture of The Low Line, connecting the functional yet beautiful forms of brick vaulting in the heart of the ward. In a symbiotic relationship, the vaults take on a hybridised modern form, blending Victorian infrastructure, traditional thatching methods and parametric cross laminated timber gridshells. This hybrid structure celebrates the historic unseen vaulting with modern techniques and methods to promote the rich history and modern production of Clerkenwell.