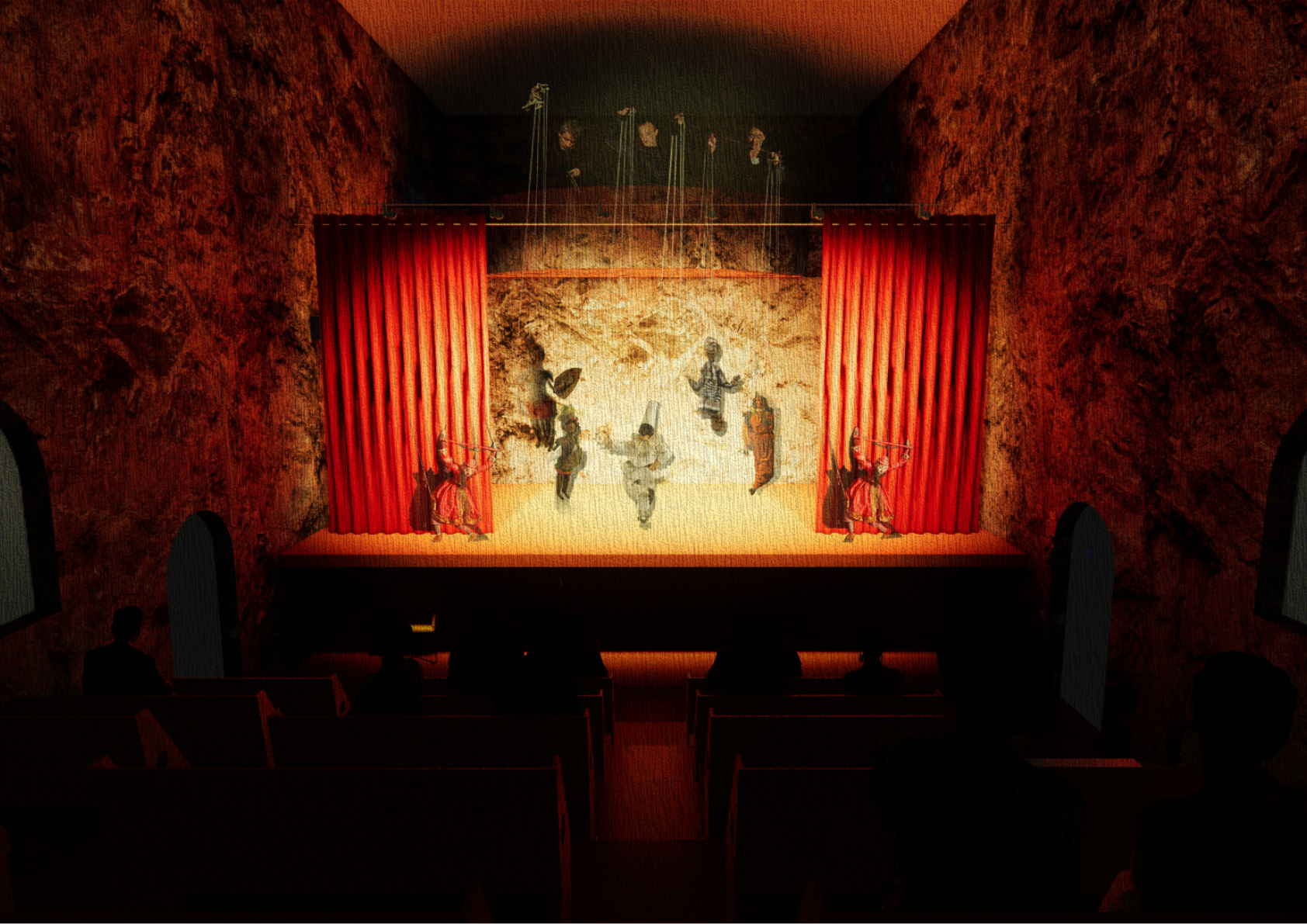 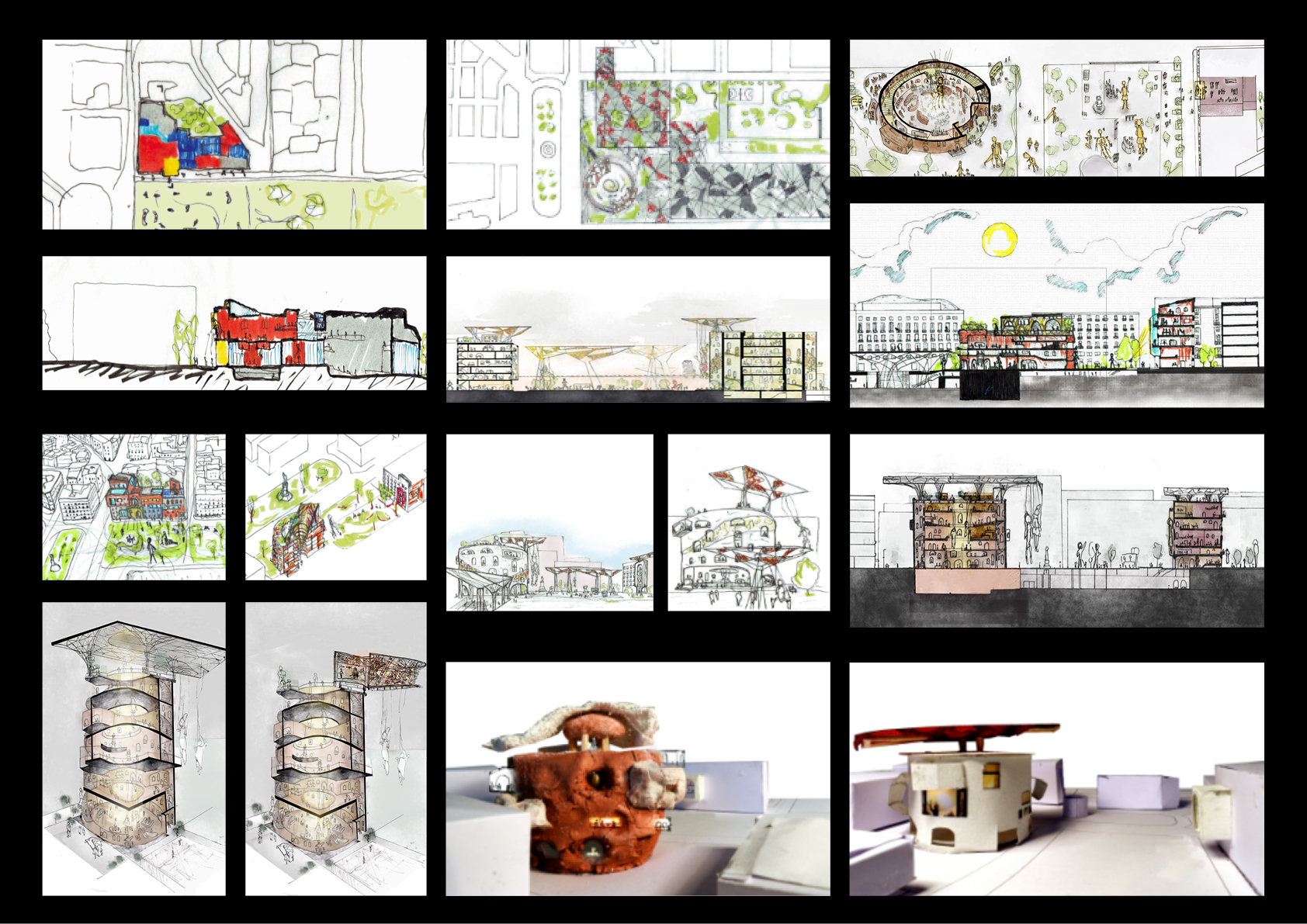 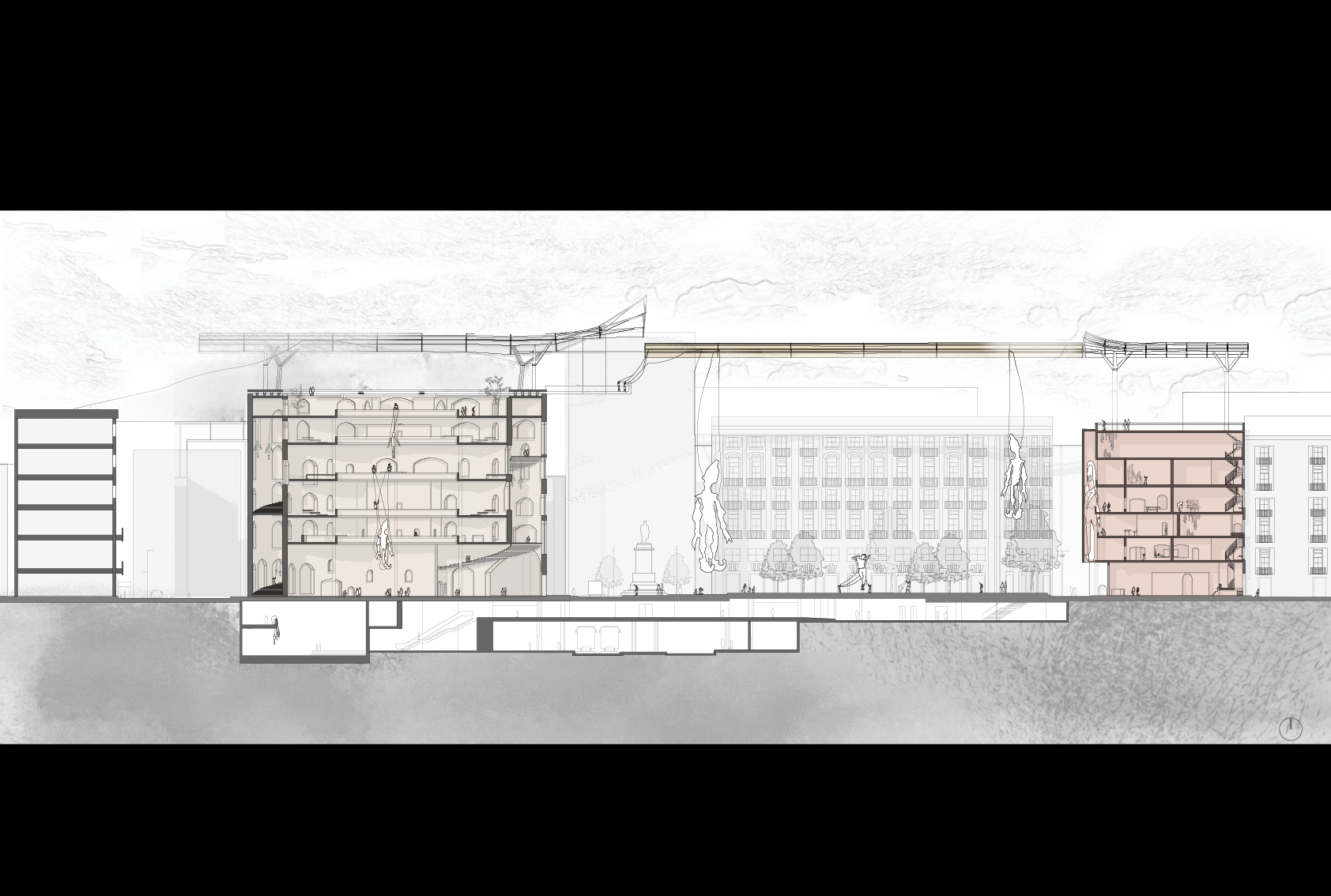 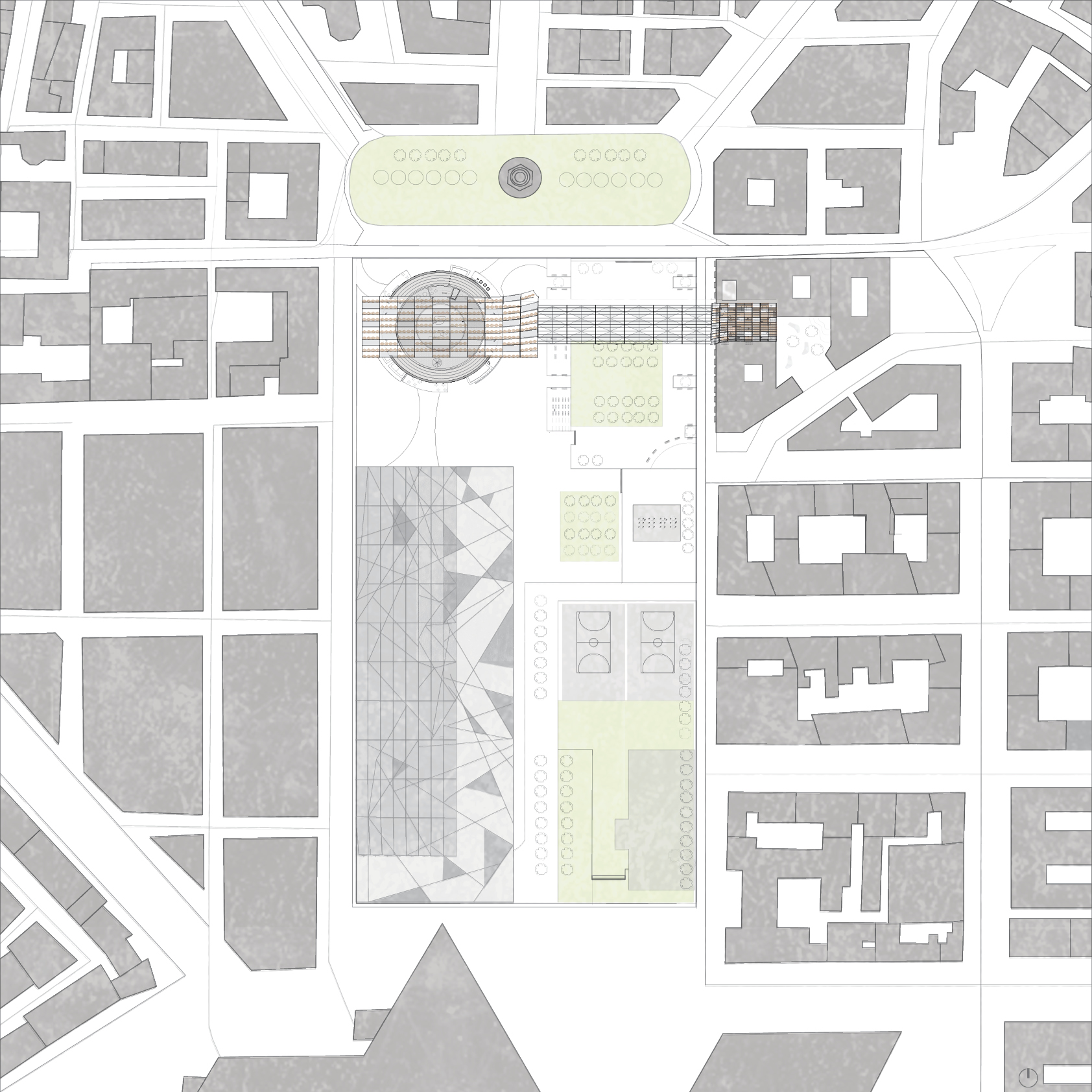 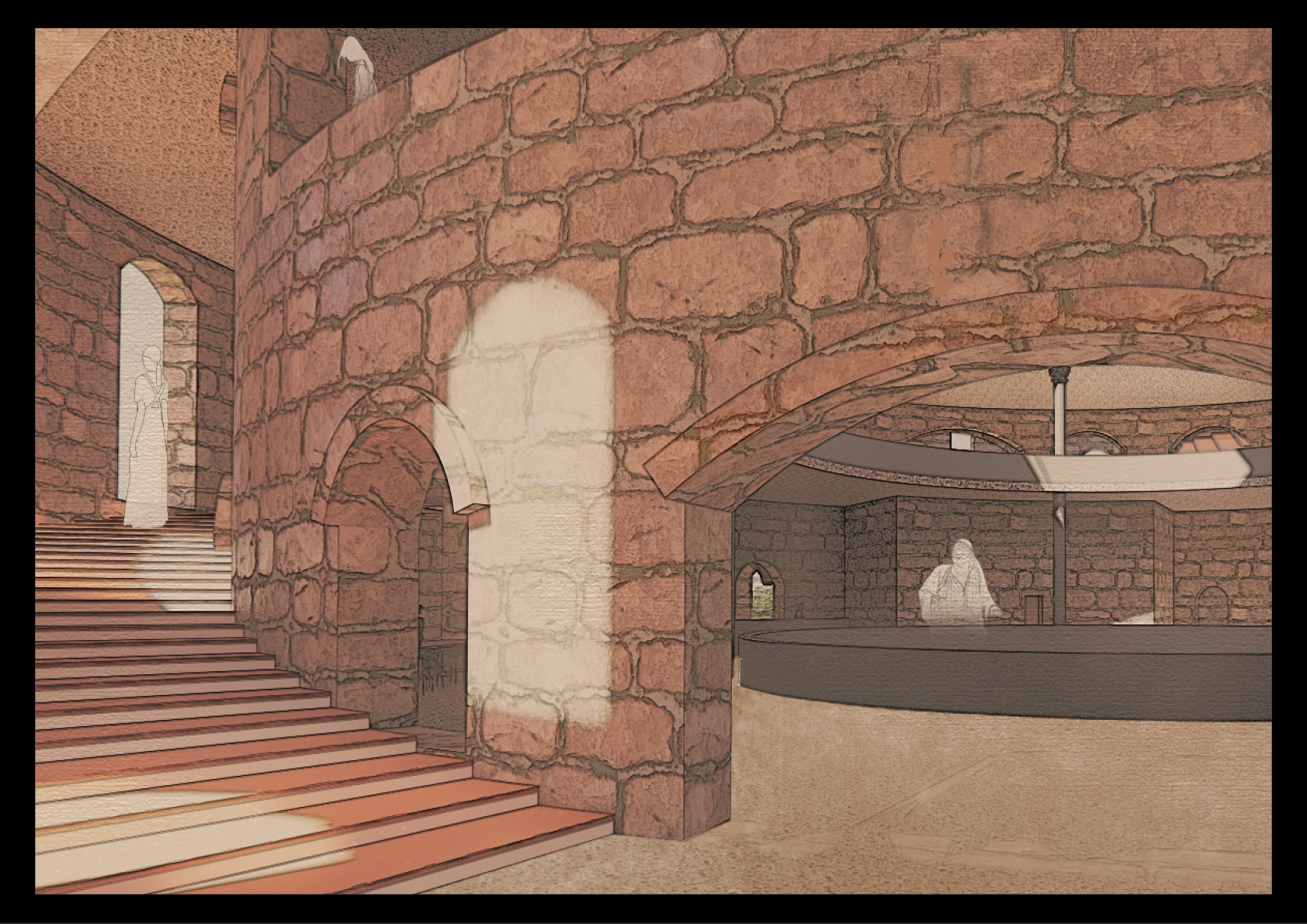 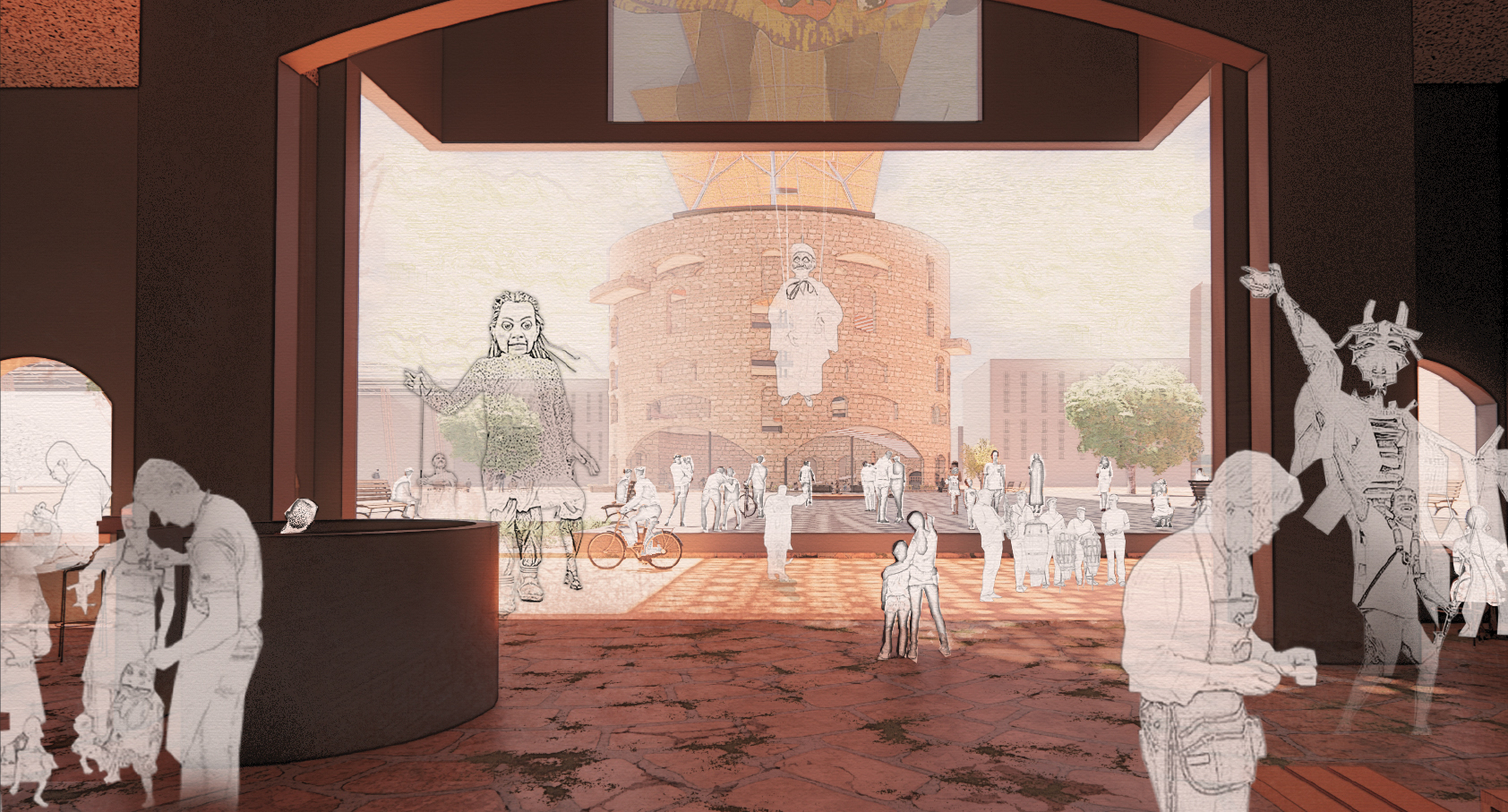 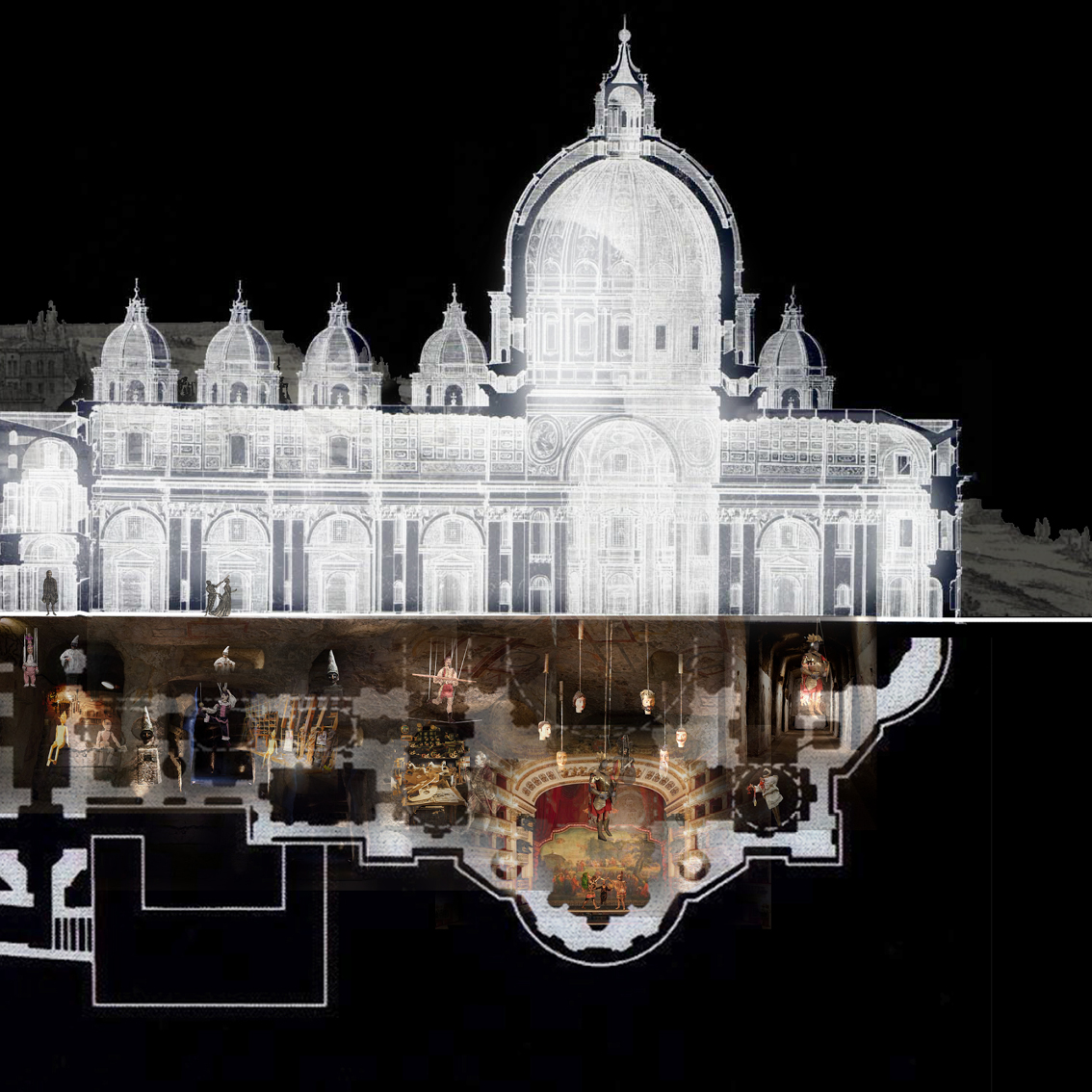 In Naples people build on the foundations of civilisations that came before them, in-between the layers of time. The separation of past and present has not taken place yet. Il Corteo Dei Burattin a multicultural theatre and puppet workshop is a hybrid located at the Piazza Garibaldi overlooking the traditional Neapolitan religious procession route of San Genaro. The site responds to the influence of migrant vendors and the disconnection between the site’s edges and major axis points towards the historic city centre. This new addition to the previously existing procession route explores choice aspects of the Neapolitan and African cultures though the art of performance. The proposal integrates migrant minorities in the city within a space of work by learning about both traditional Neapolitan and African arts of puppetry. The existing piazza Garibaldi is now re-invented and animated with the introduction of a theatre space where seasonal gigantic puppets perform from indoors towards the piazza and workshop rooms across the site. This is a permanent house of work where bespoke puppets are made by the community during the city’s festival season.