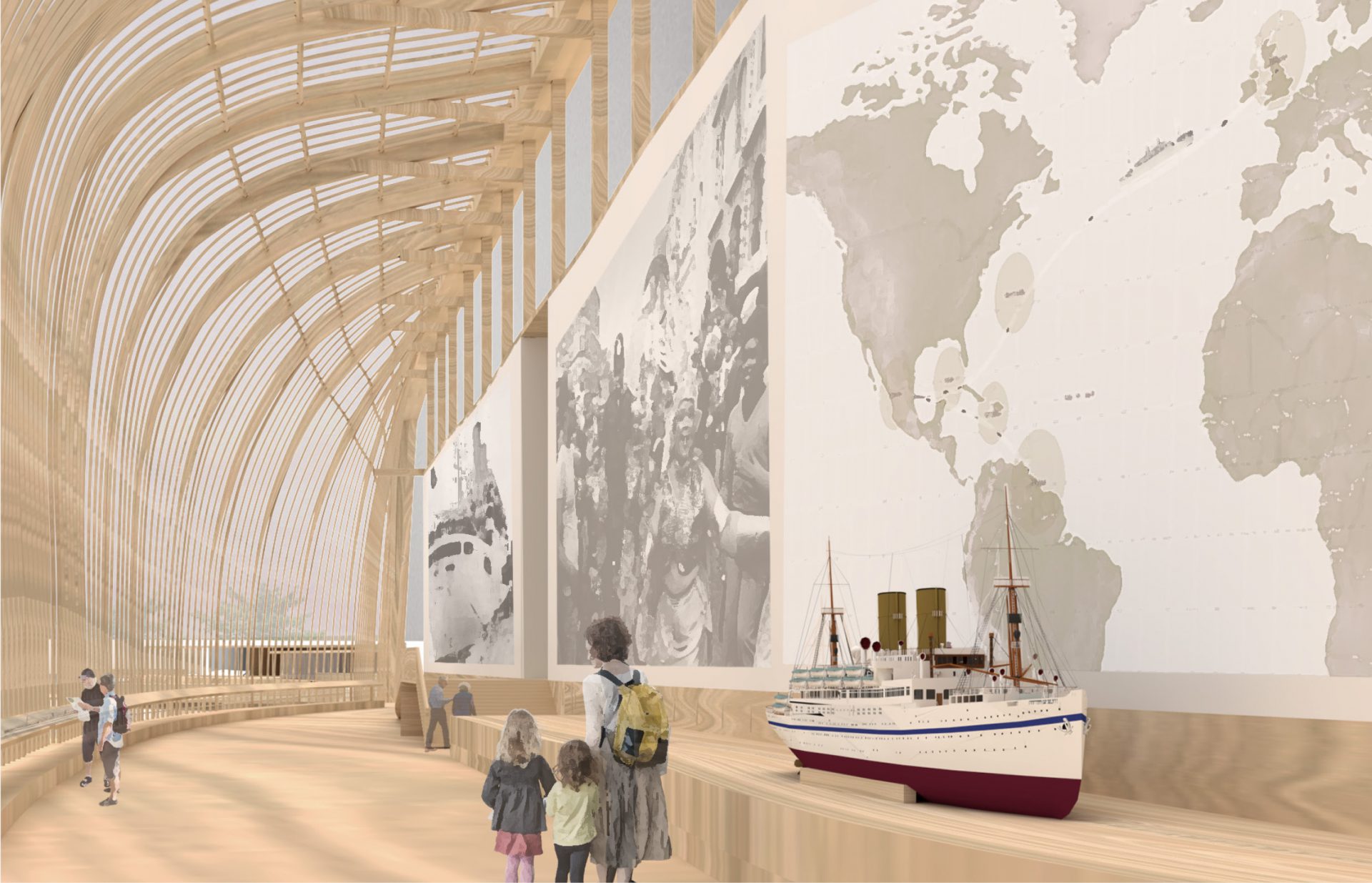 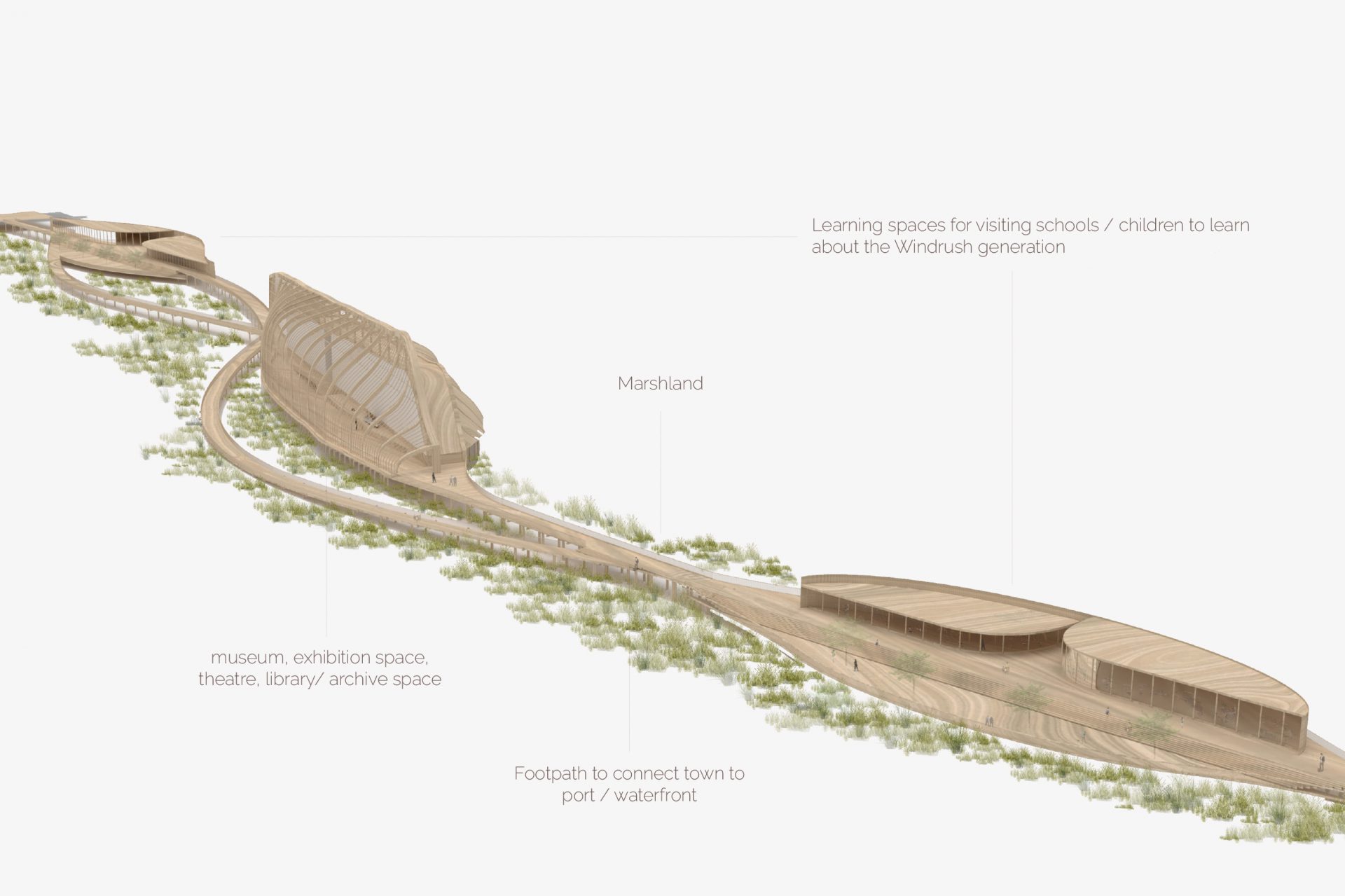 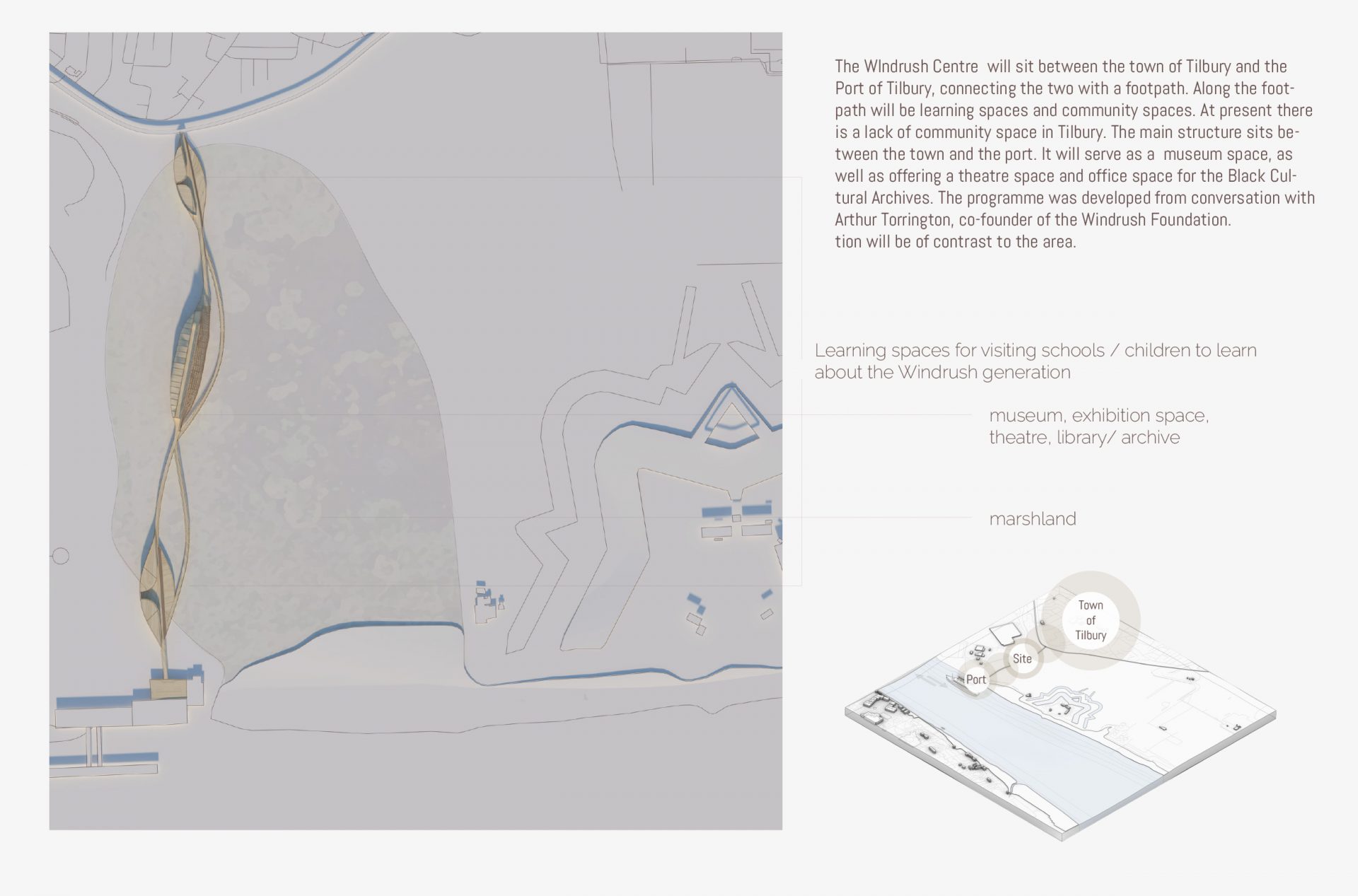 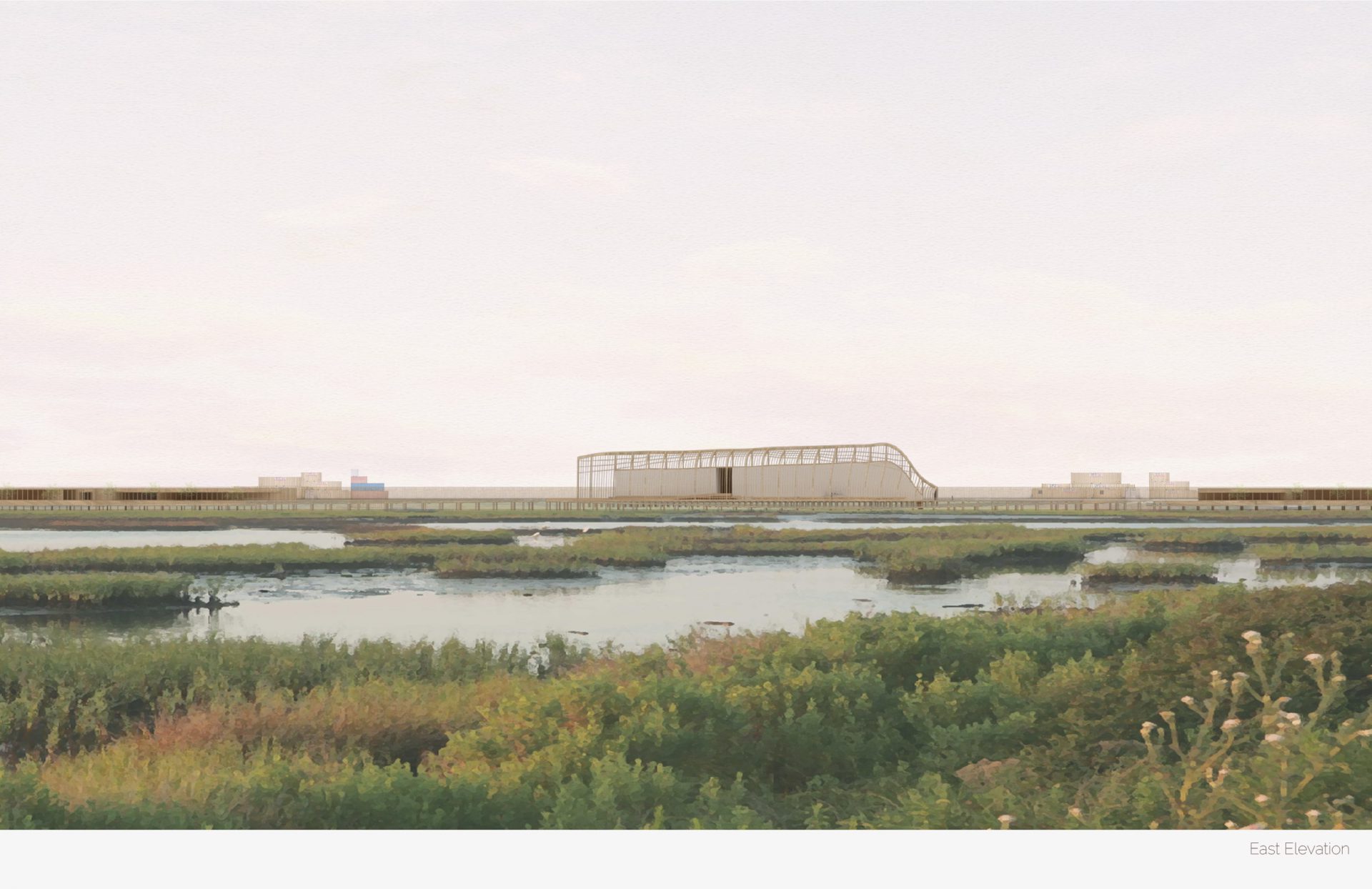 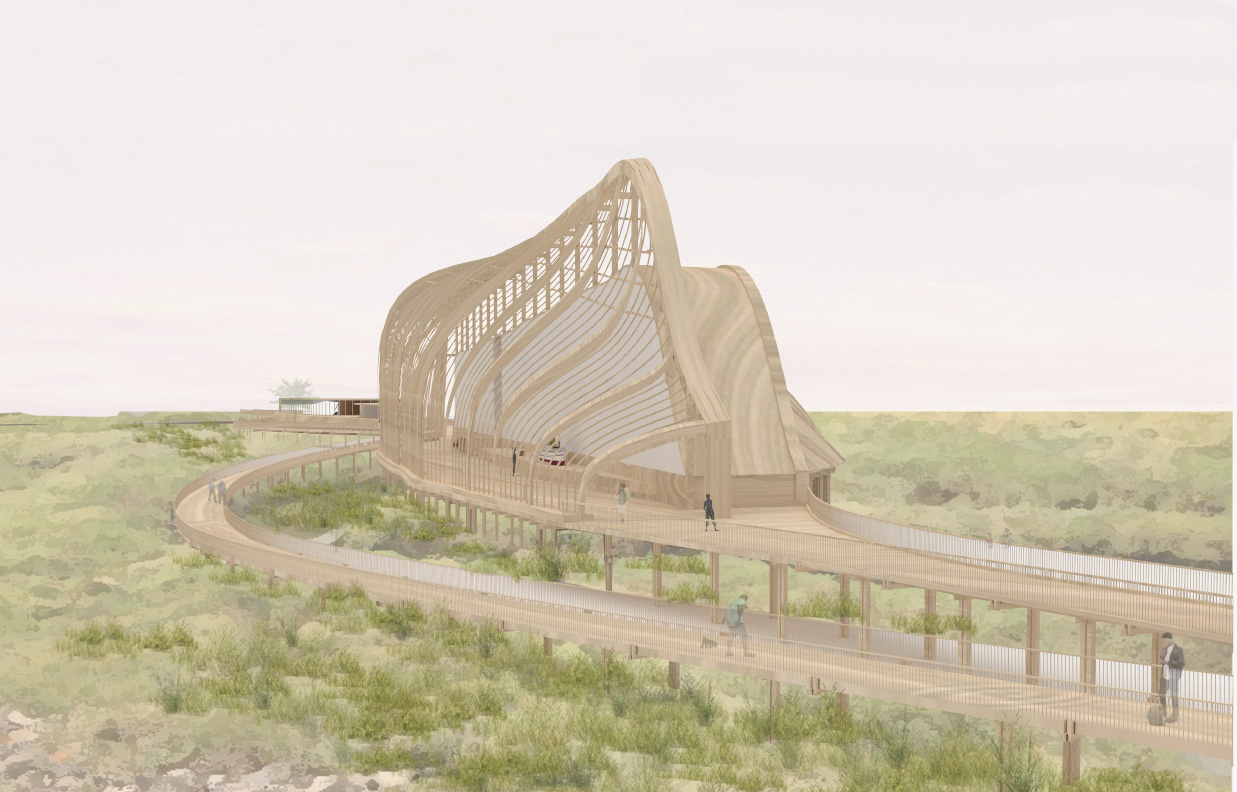 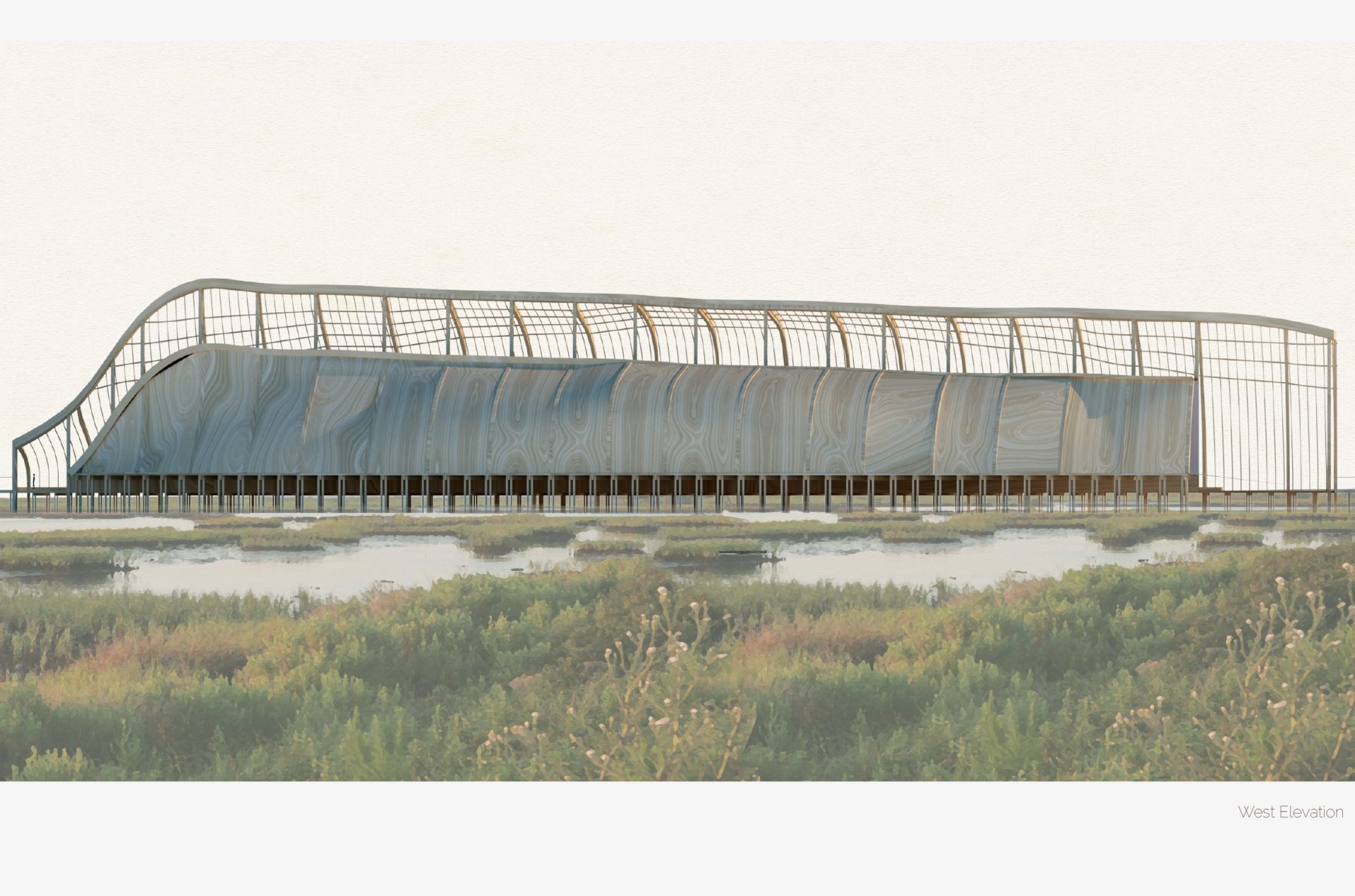 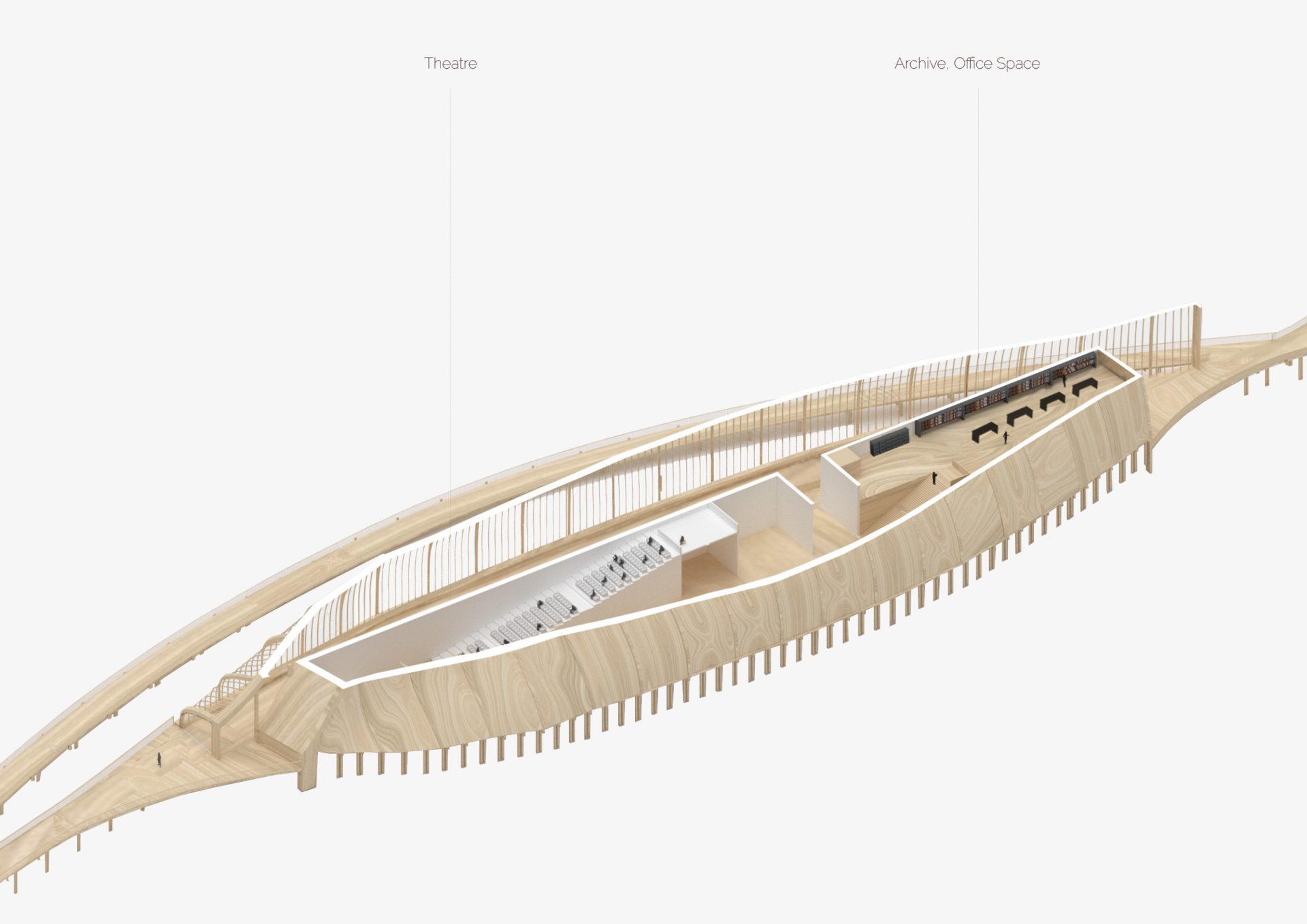 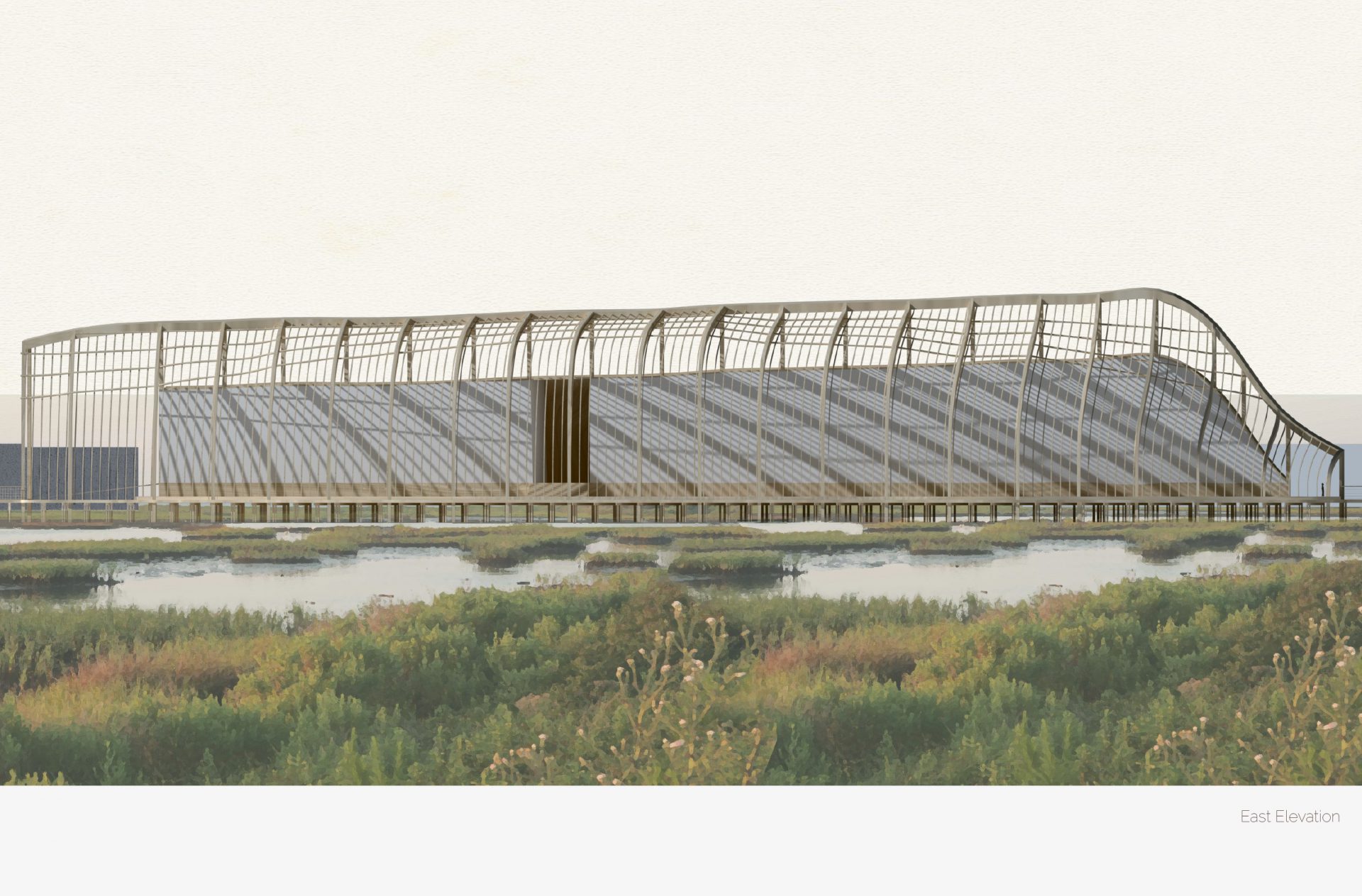 During our site visit, we were made aware of the fact that the Empire Windrush docked at Tilbury on On June 21, 1948, bringing the first wave of Carribean immigrants to the UK. As mentioned, in 2017, with Theresa May as Prime Minister, many of these migrants were wrongfully detained and deported with no legal rights. This brought to light the discrimination that Black Britons have faced in the UK. At present, the migrants are honoured with a small installation on a bridge at Tilbury docks. After discovering this, I decided to go forward with a project that focused on the Windrush Generation at a larger scale. The Windrush Centre will provide space for multiple programs that will serve the purpose of highlighting the influences of the Caribbean community at the site where the first post-war Carribean migrants arrived to the United Kingdom. In order to develop a relevant program, a conversation with Arthur Torrington was had. Arthur Torrington is director of the Windrush Foundation, a charity that highlights the contributions of the African and Carribean peoples to the UK. He aims to “to keep alive the memories of the young men and women who were among the first wave of post-war settlers in Britain”, and to promote good community relations”. Arthur had much to say about the potential of a museum space that per­manently honoured the community: “When you enter the space, it’s as if you’re entering the boat, but in­stead it’s a museum. In the museum you would take people on a journey through the Windrush story. You would highlight the different stories of Windrush passengers....artefacts, audio-visuals, important to their story. In Brixton there is a heritage centre, the Black Cultural Archives, but the problem is that it’s a very small space. We sometimes get funding from the National Lottery for different projects... but in terms of space, we would need someone to sponsor us. Getting permanent space is not easy, we mostly get temporary space- for three months maximum, usually.”