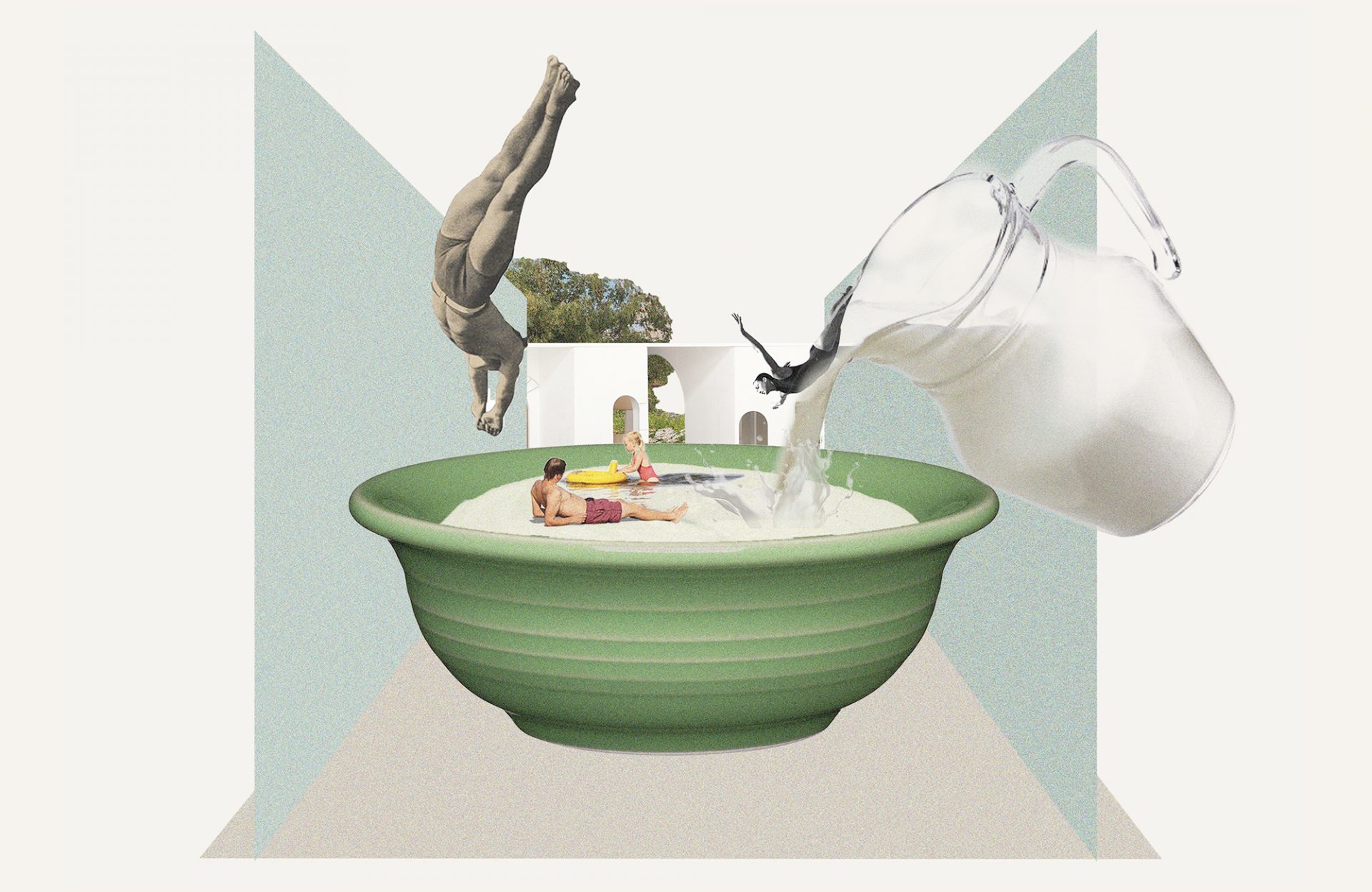 Challenging the fear of microbes and hyper attention to sterility 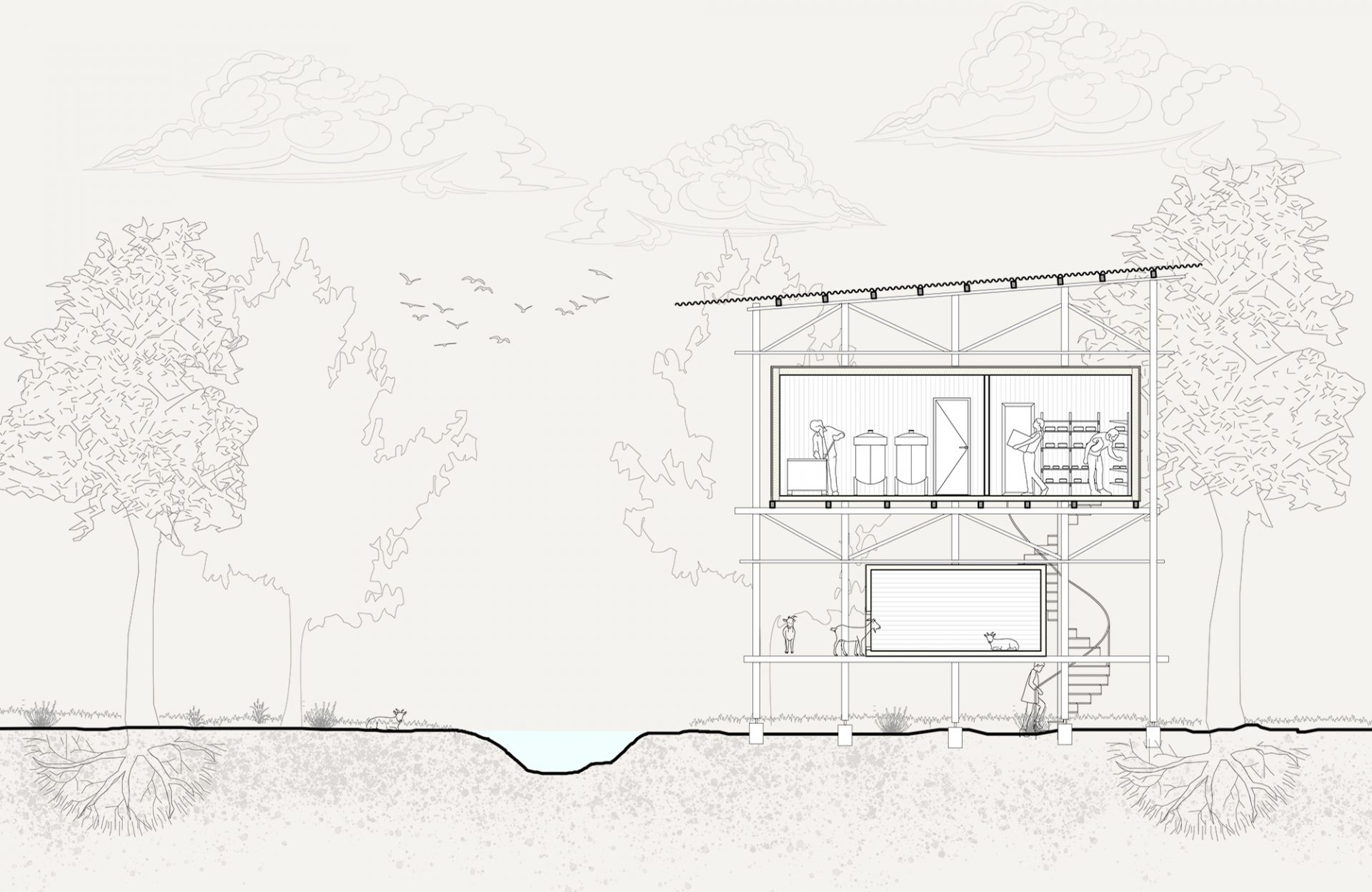 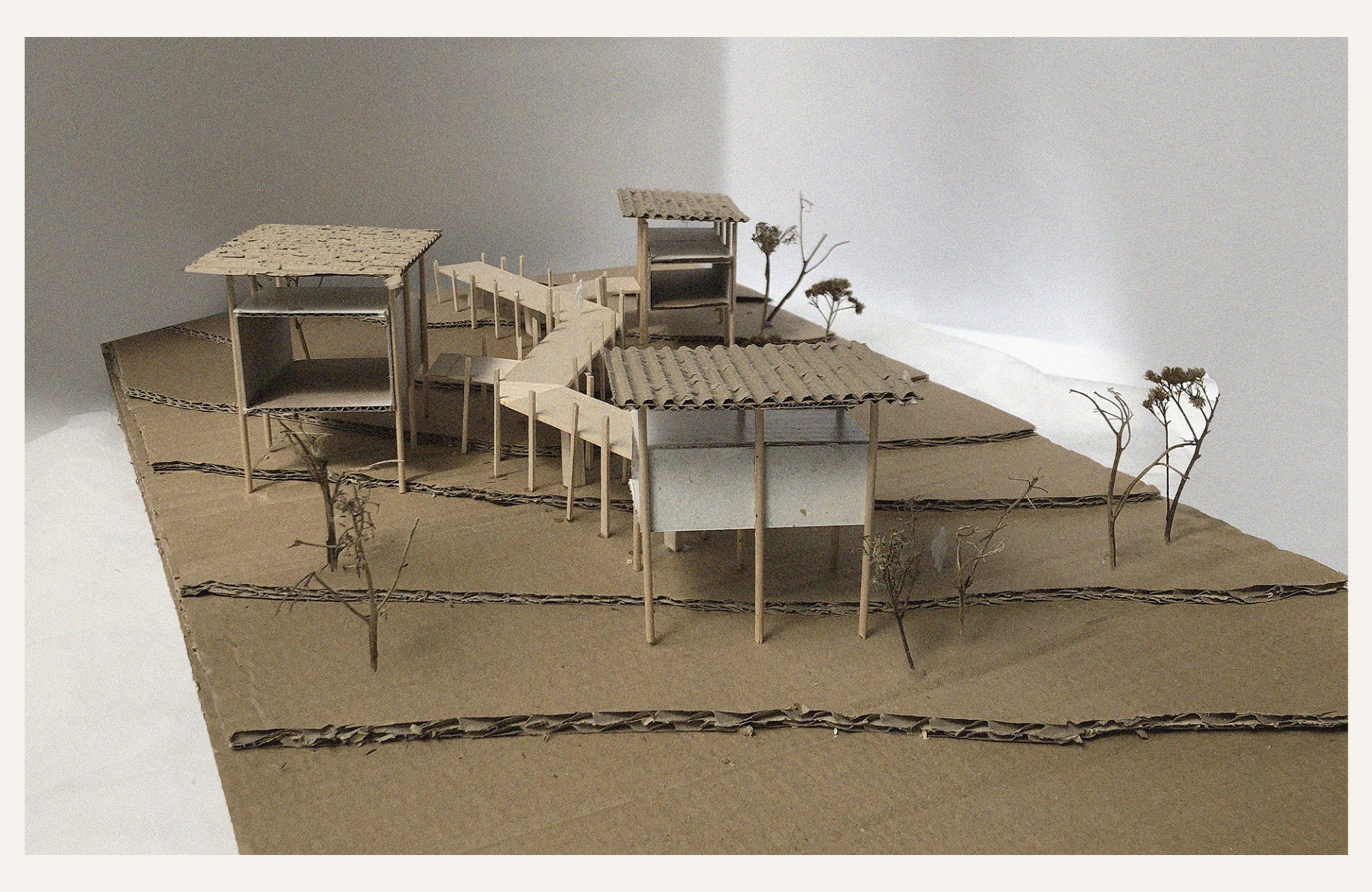 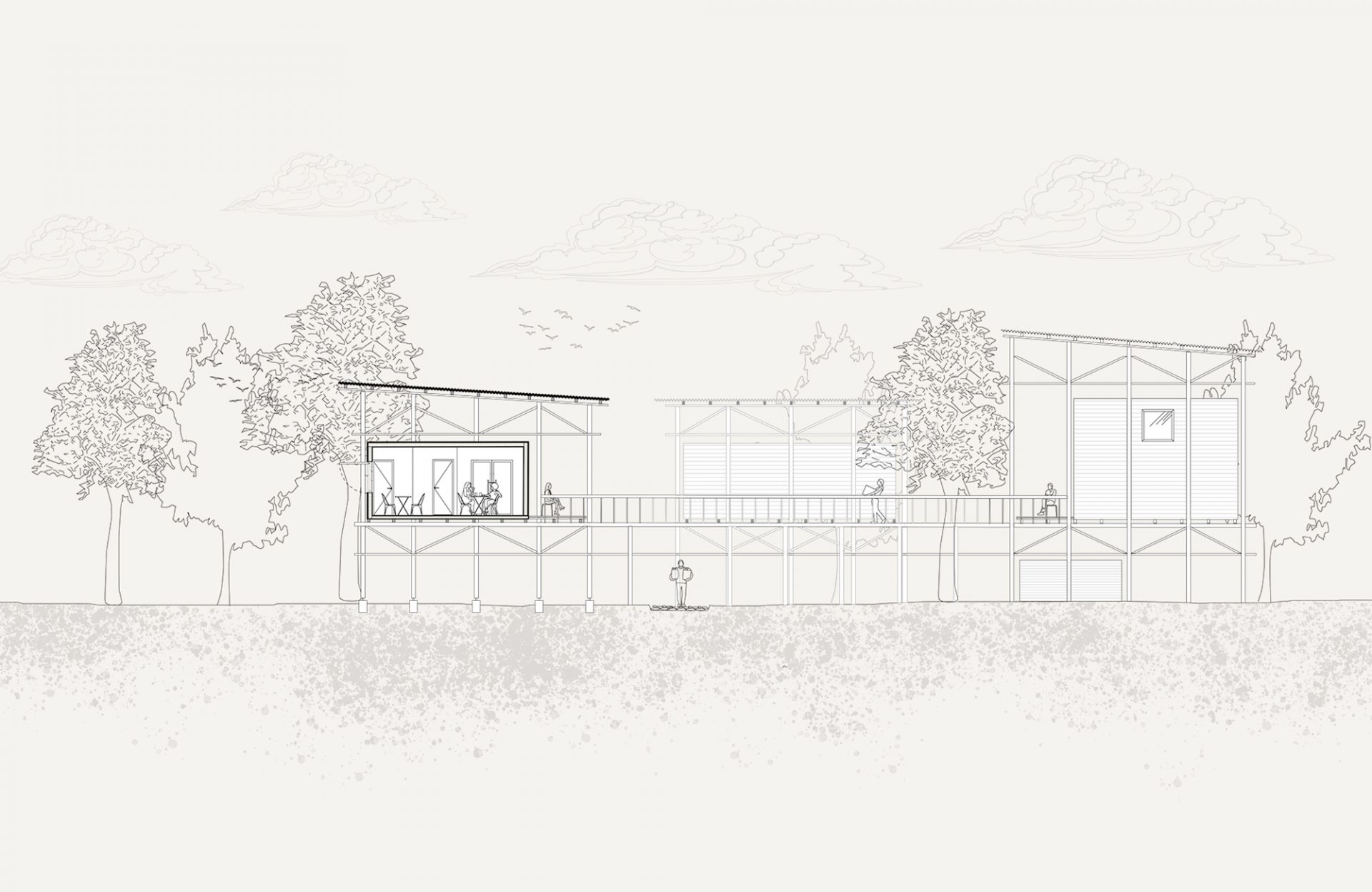 Section through the cafe 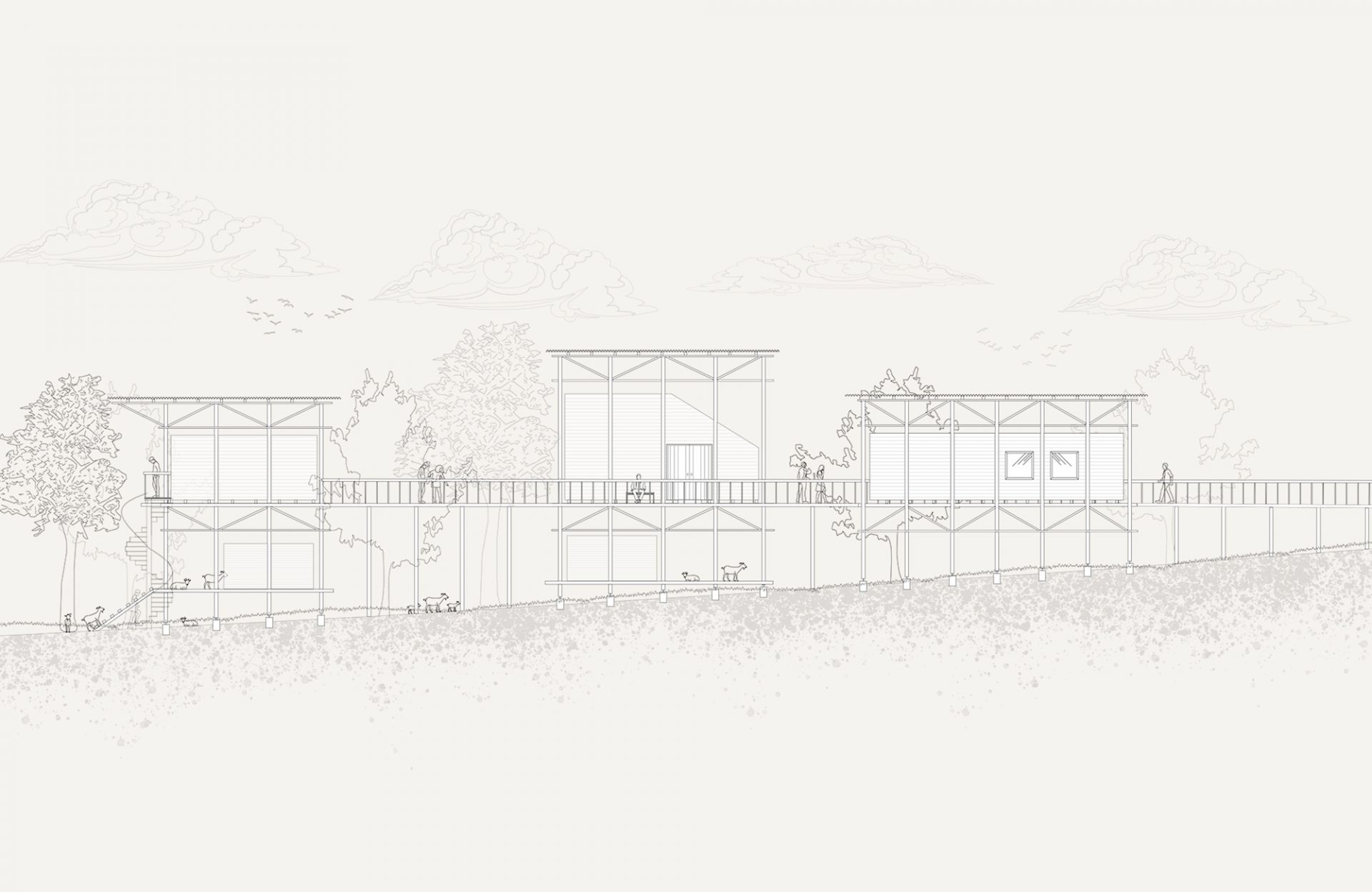 Long elevation, relationship with the slope 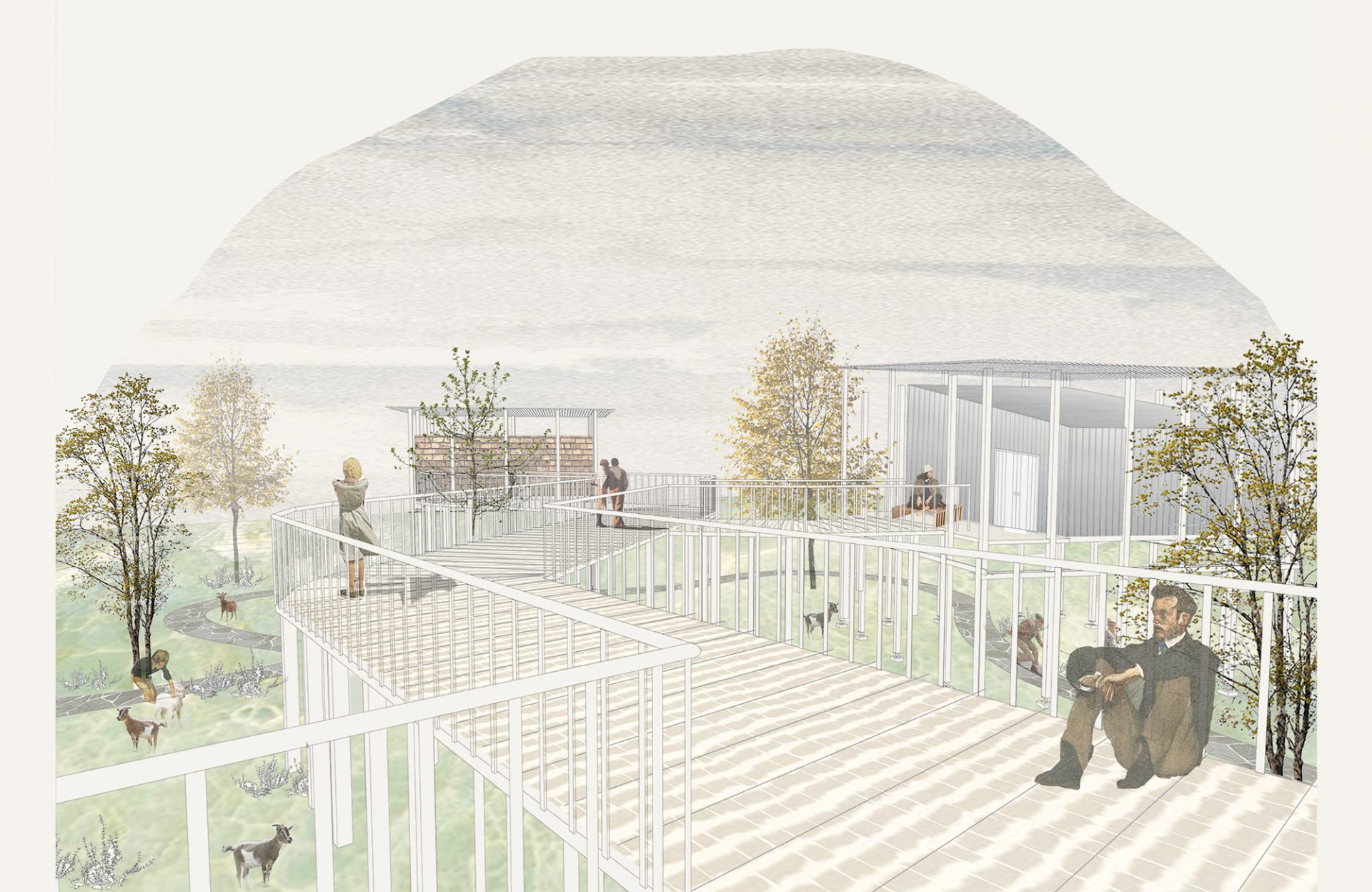 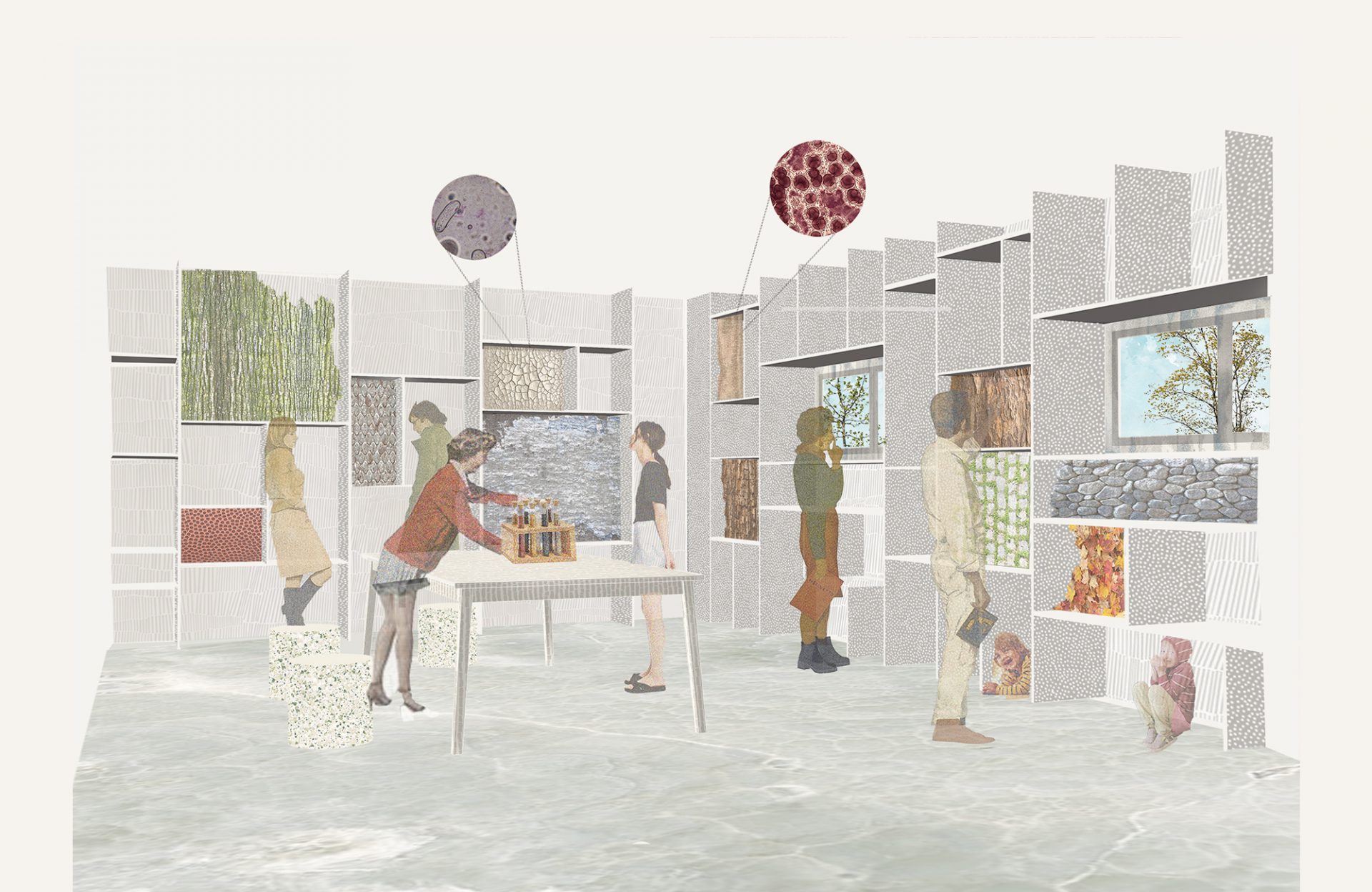 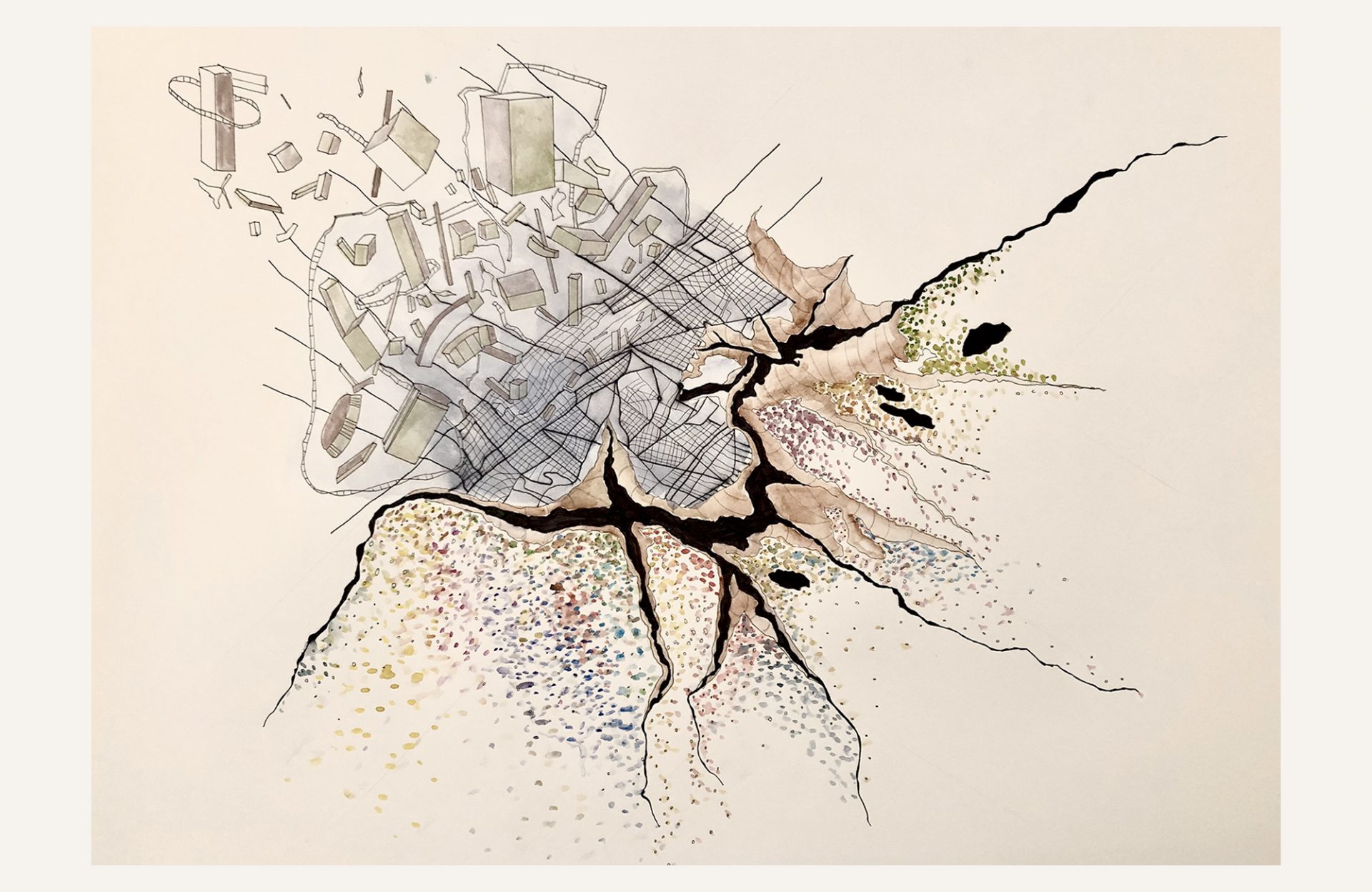 With the desire to escape homogenization of production and consumption and bring back a sense of identity and authenticity, this project aims to establish rawness as a biopolitical act. Post-Pasteurian culture solidified microbes’ relation to humans only in terms of harm, thus this project has the objective to exorcise the fear of microbes, emphasizing the clear symbiosis and entangling that they share with humans. The Radical Cheese farm produces raw goat cheese, made adding to milk different kinds of cultures of bacteria from unusual places, taking swabs directly from parts of the human body or from porous surfaces of the building. The materiality of the building itself rejects the concept of sterility, aiming to harvest bacteria. Shifting the base of anthropocentrism, microbes, goats and humans will be part of the same fabric, coexisting in the same community and benefiting from each other. The apparent separation between the building, raised from the ground, and the goats, is rejected by a sense of closeness given by the goat inhabitation of part of the timber structure. Goat wool is used for insulation; cladding is made of recycled tiles coming from scrap yards nearby.