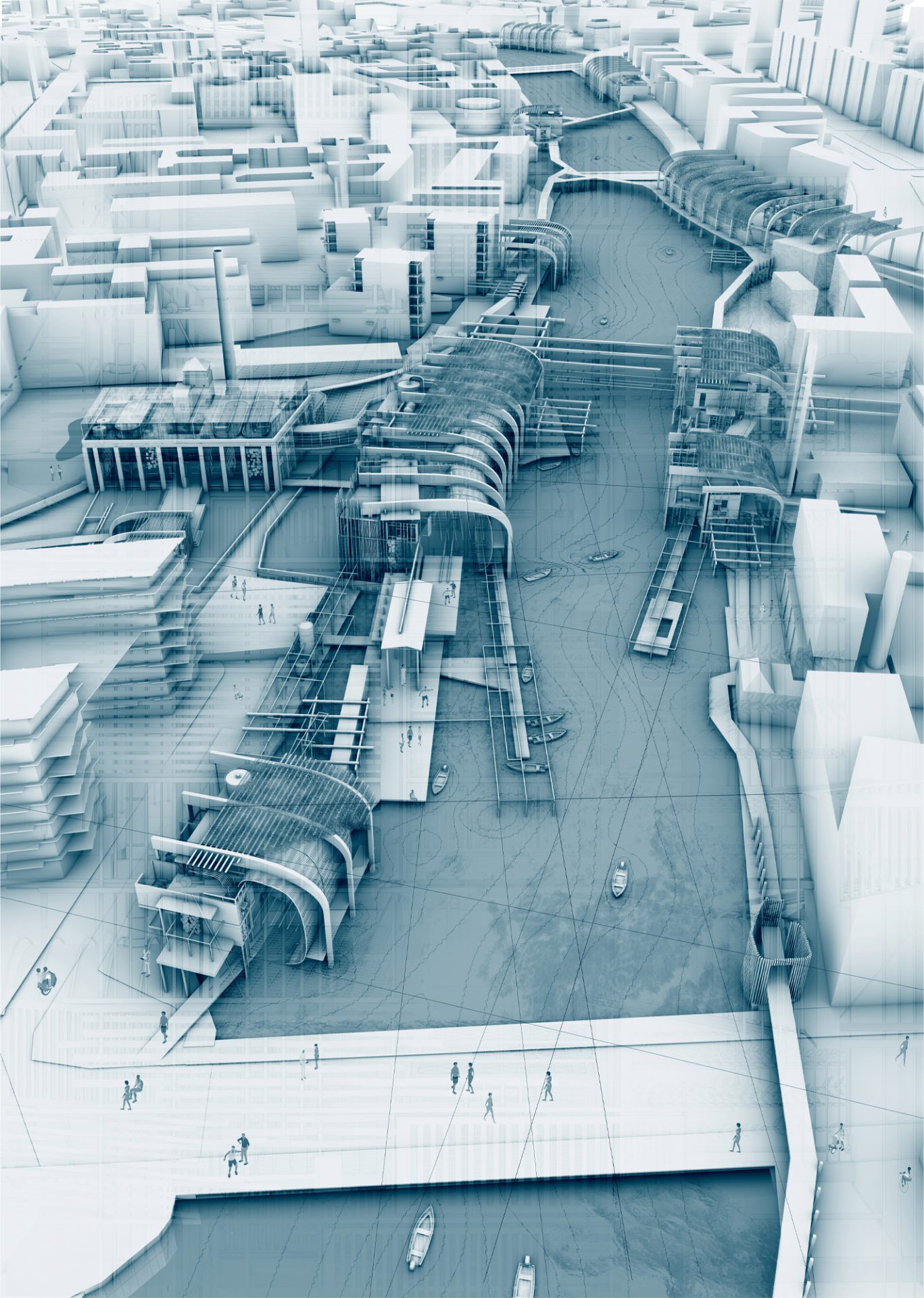 Aerial view of interventions along the Spree 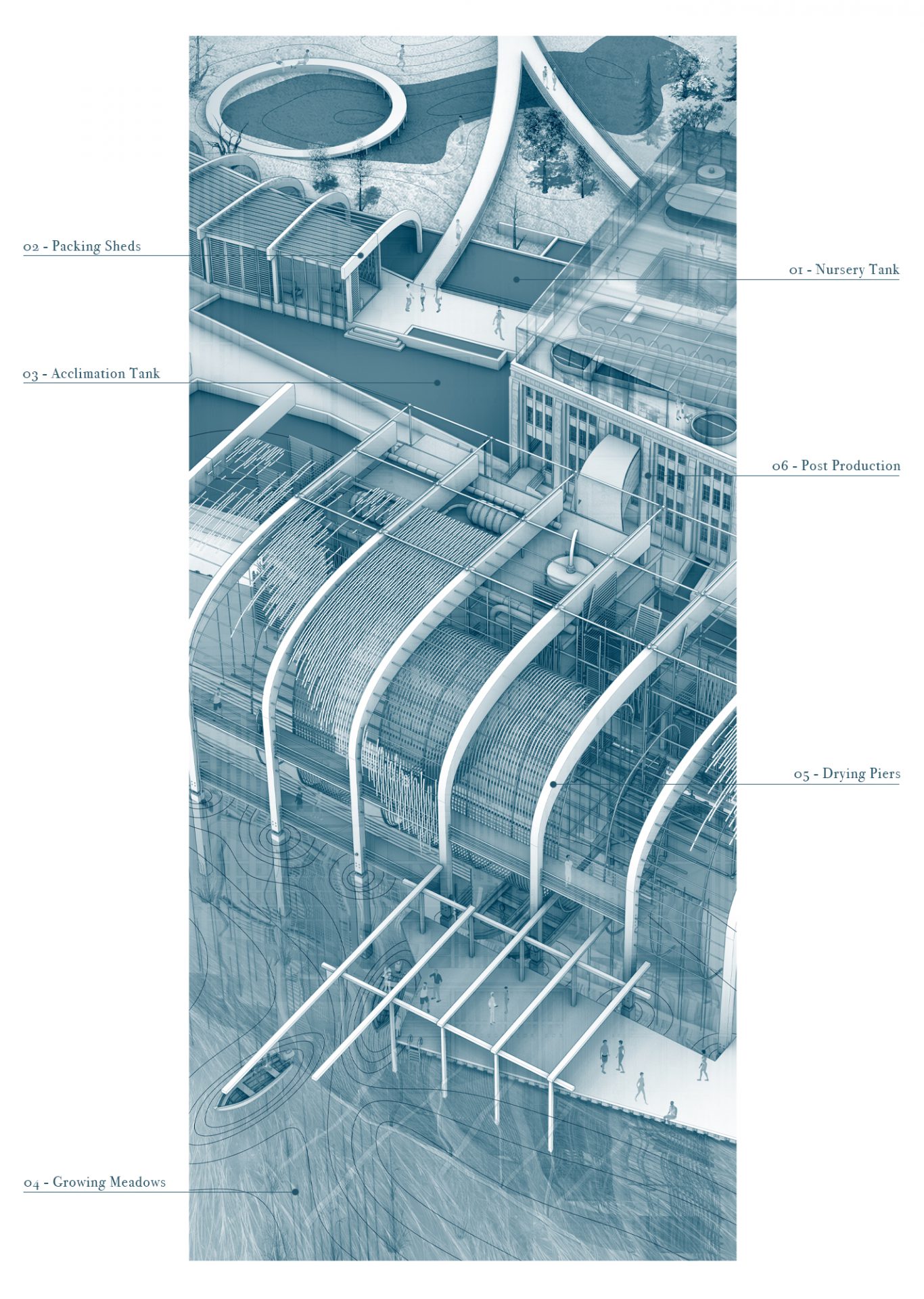 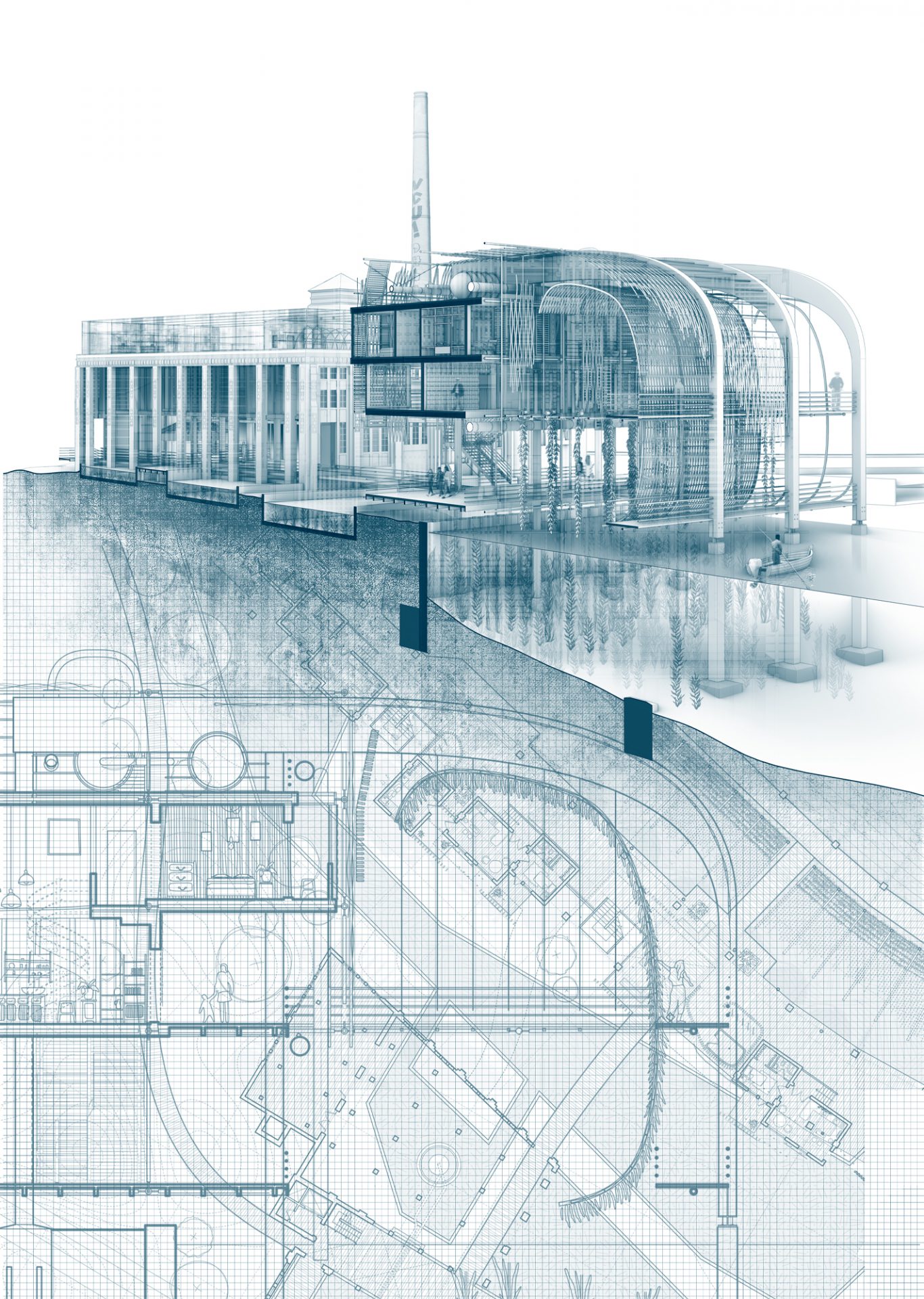 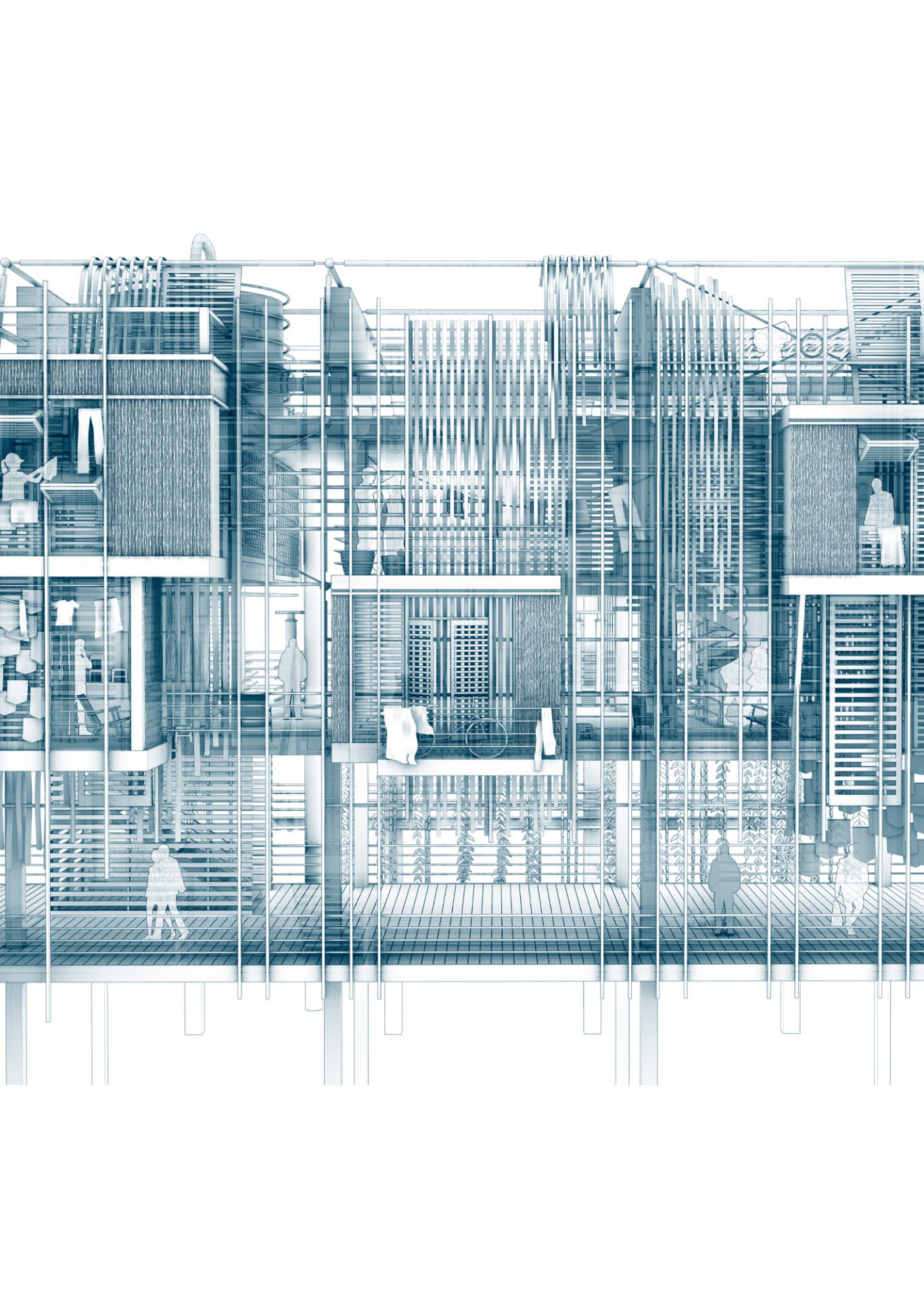 Elevational study, showing integration of eelgrass in the façade 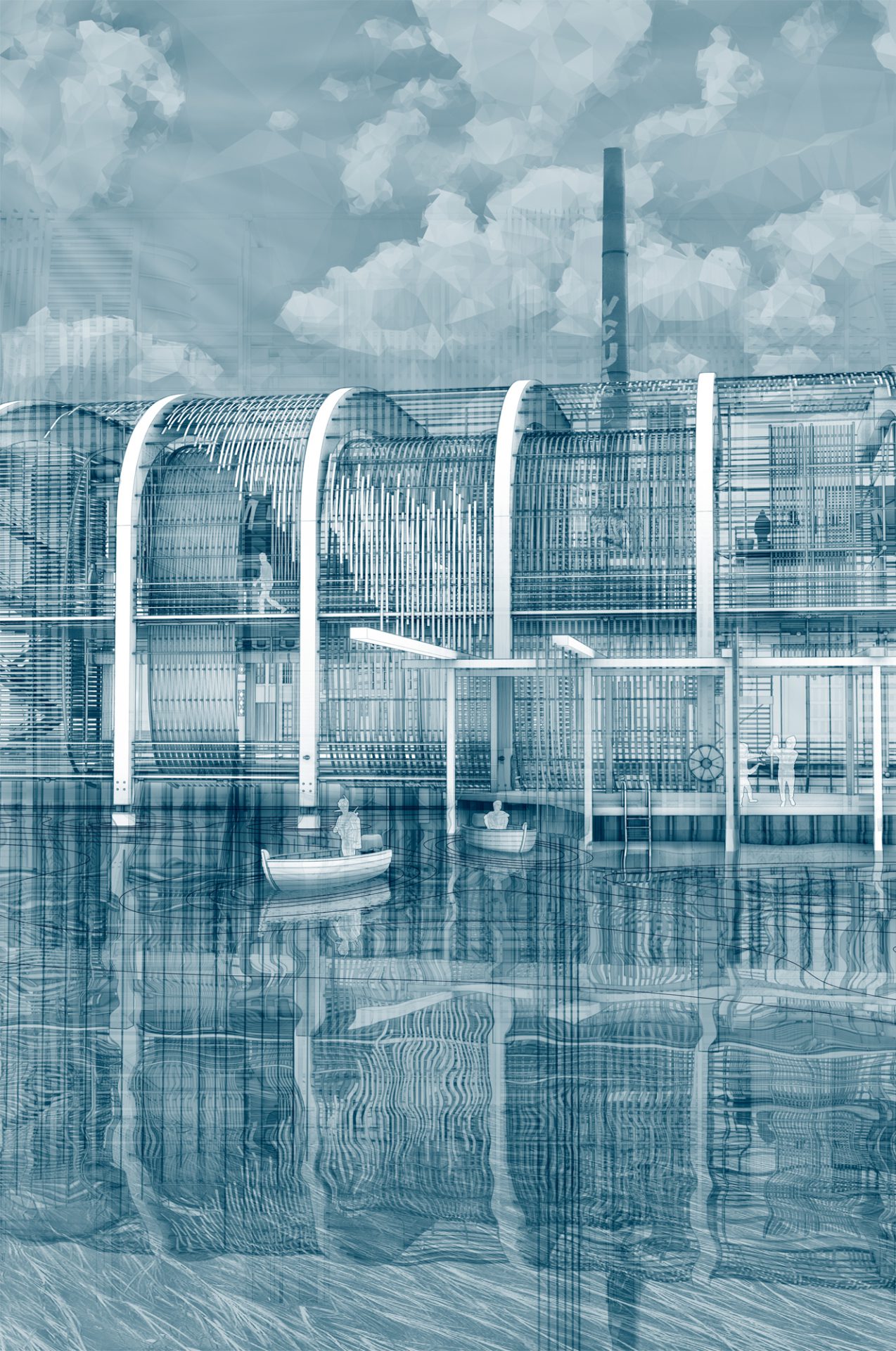 Looking south from the northern bank 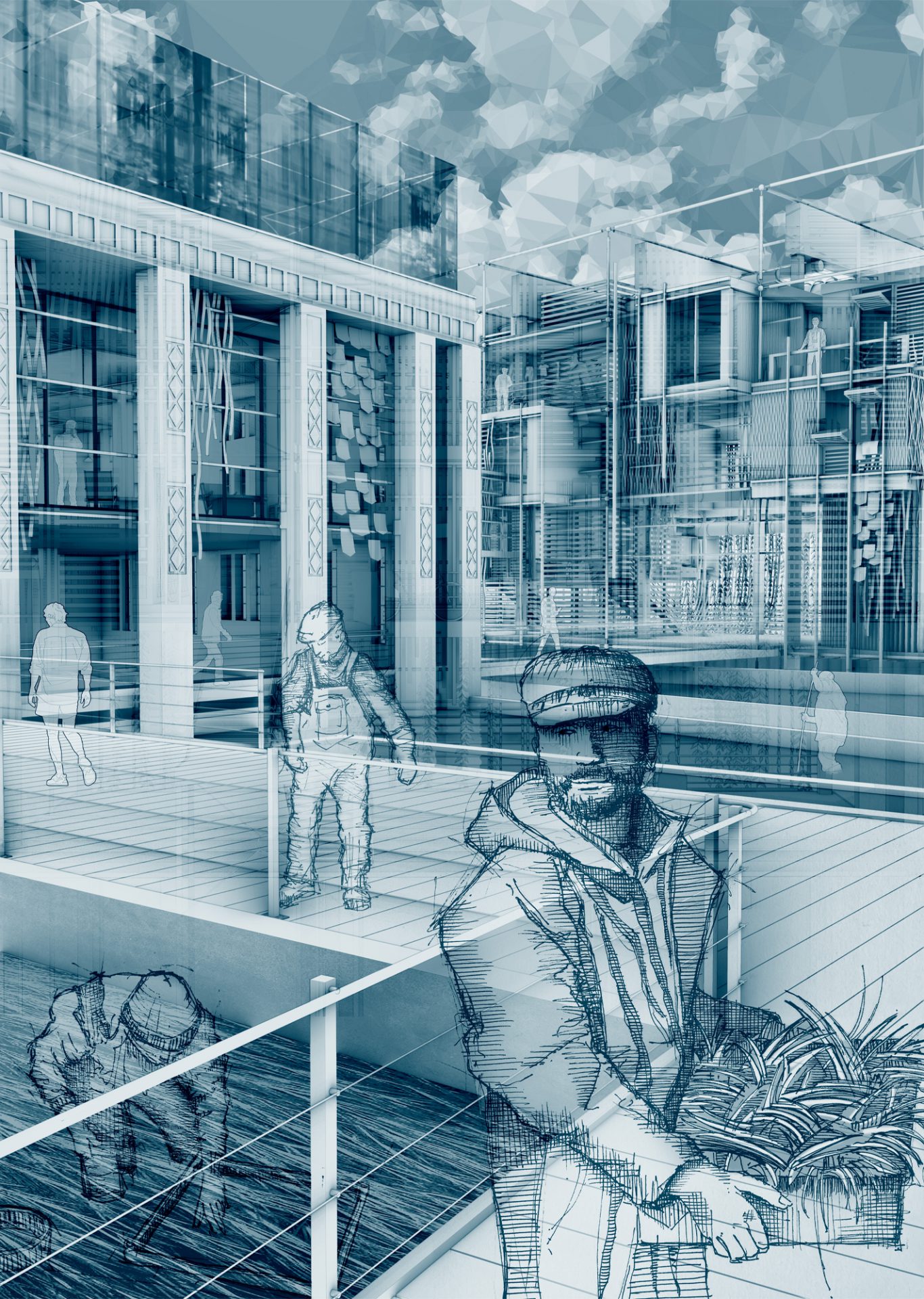 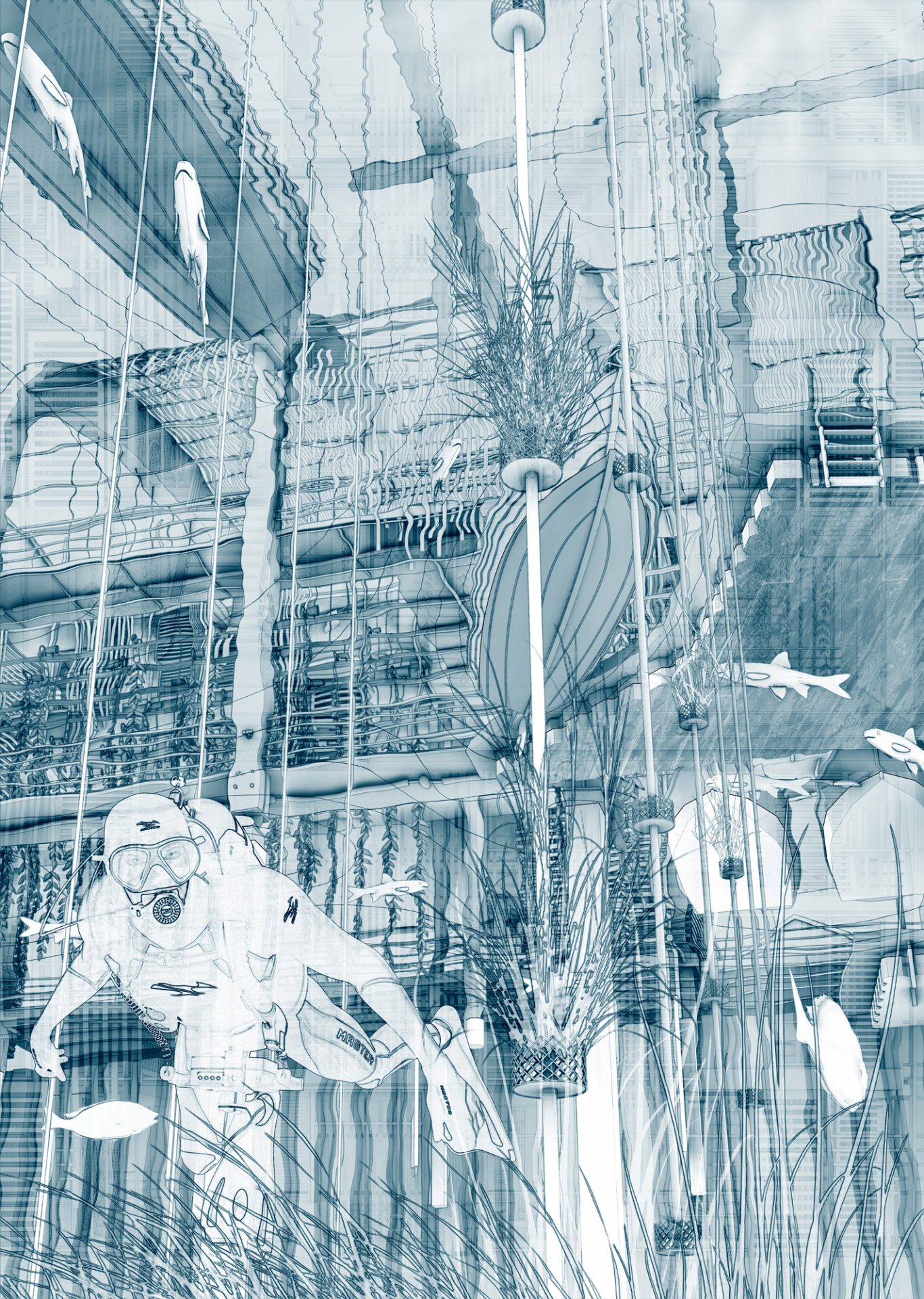 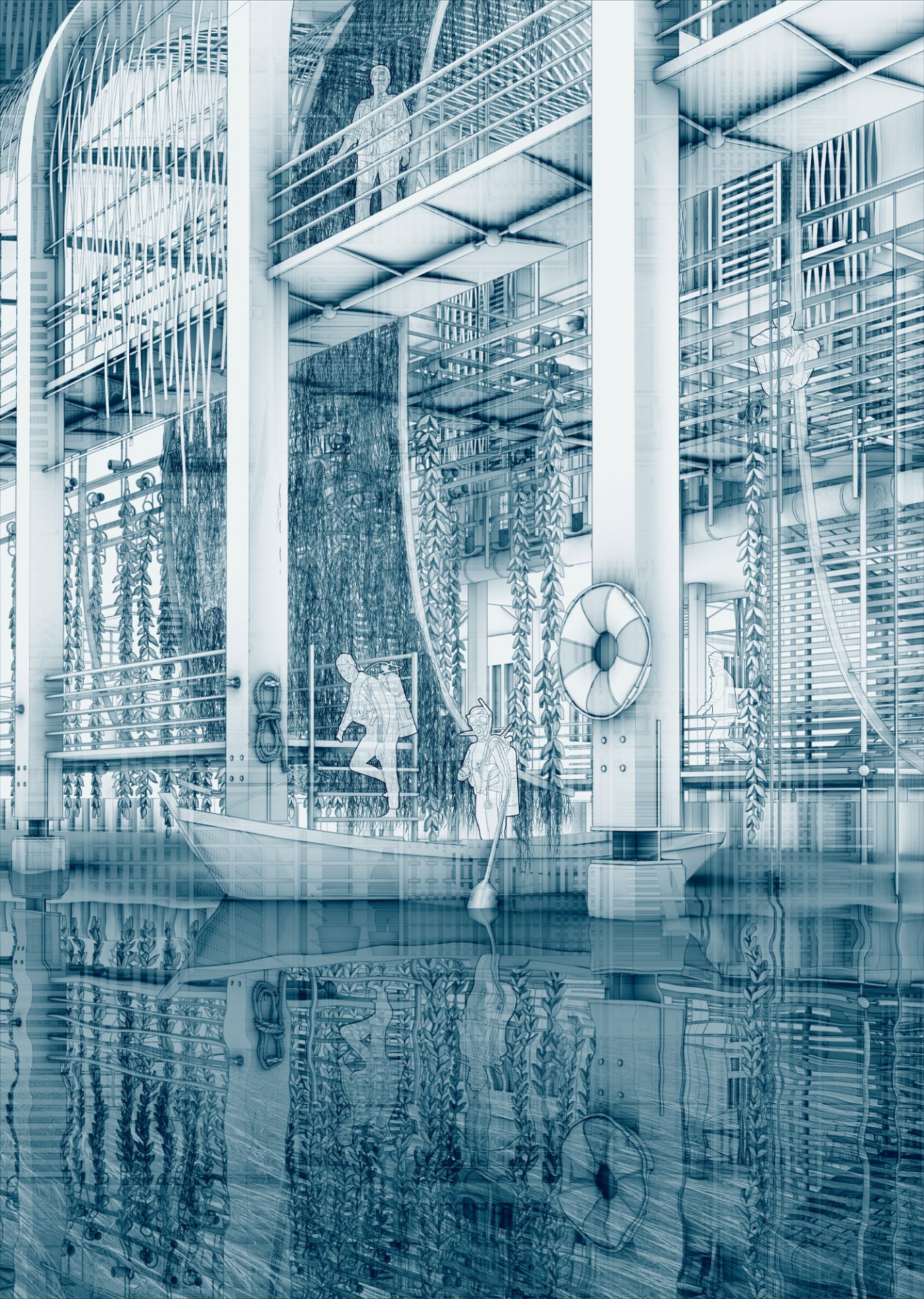 The Creeping Seaweed Gardens is set on the River Spree, Berlin. The proposal celebrates the river with its flooding nature by hosting freshwater seaweed production, which both filters the increasingly polluted river water and provides vital urban habitats for native wildlife. Operated by a nomadic gardening community previously lost to central Berlin, the seaweed production creeps into the city fabric, reclaiming the river edge as a space of community, production and collective living. The process of cultivating and drying the seaweed forms the architectural language, with eelgrass cladding panels and perforated skins enriching the façades. The drawings celebrate a new river-scape where the underwater plays an equal role in re-reading and shaping the future of the city.