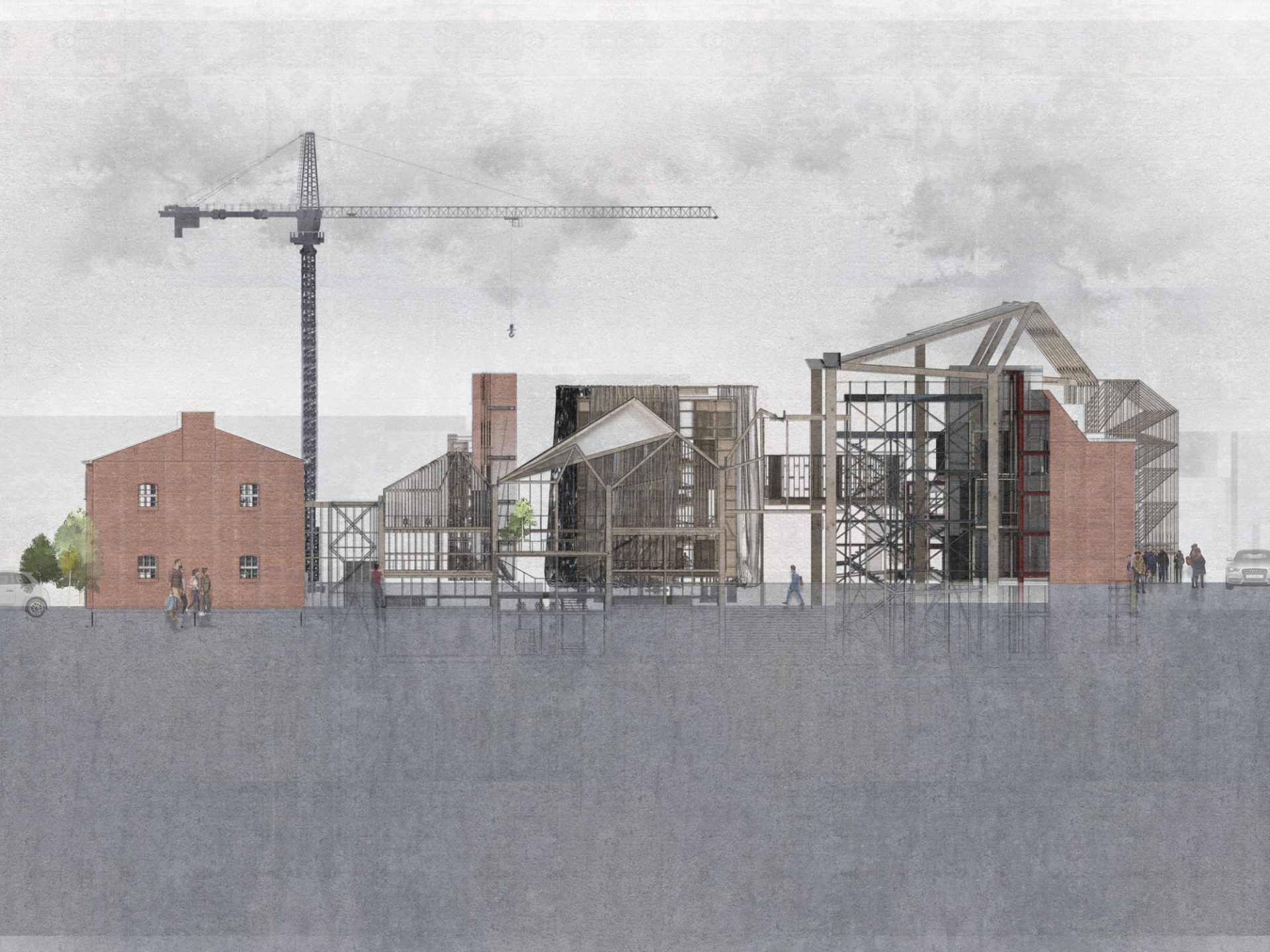 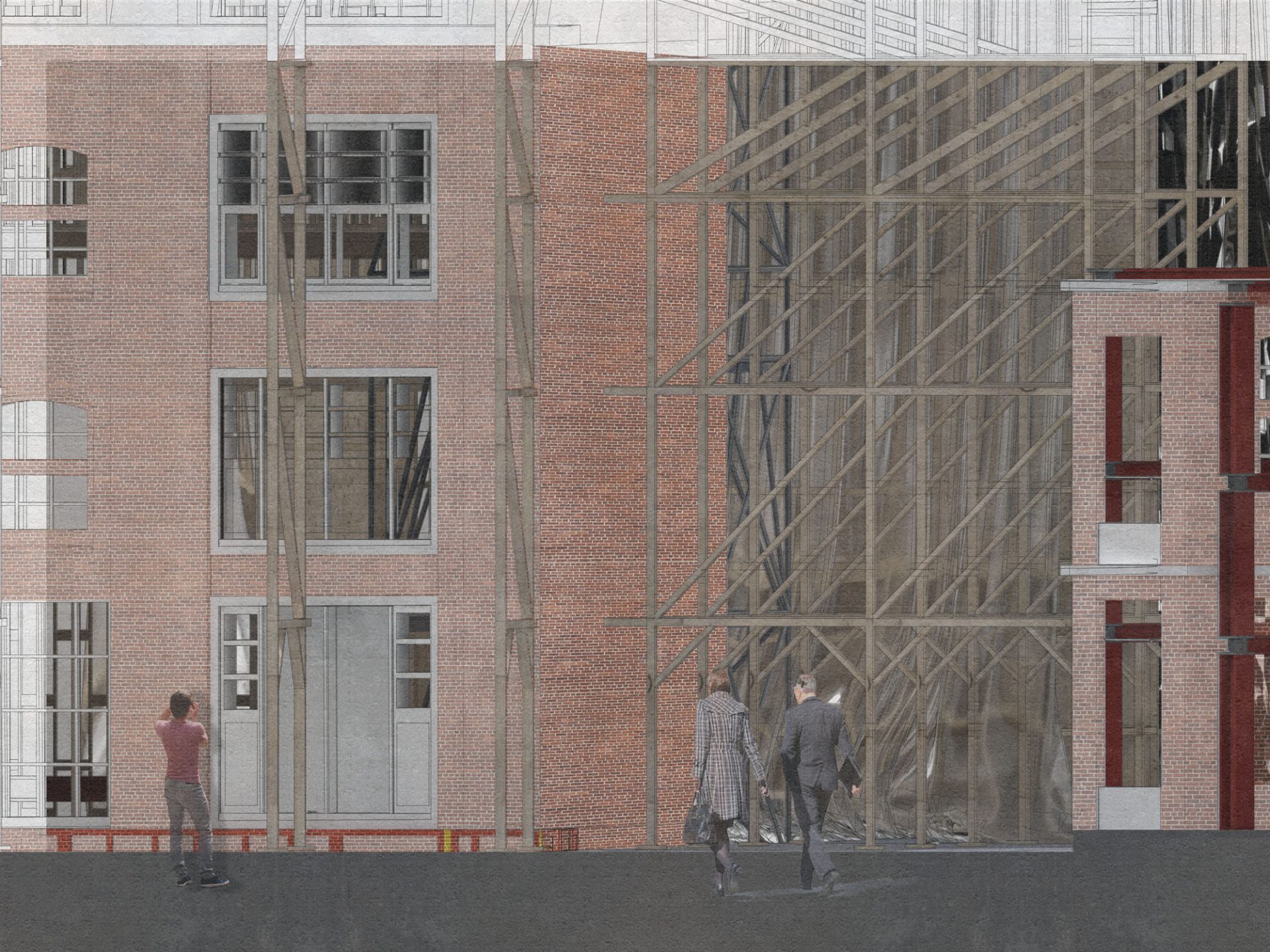 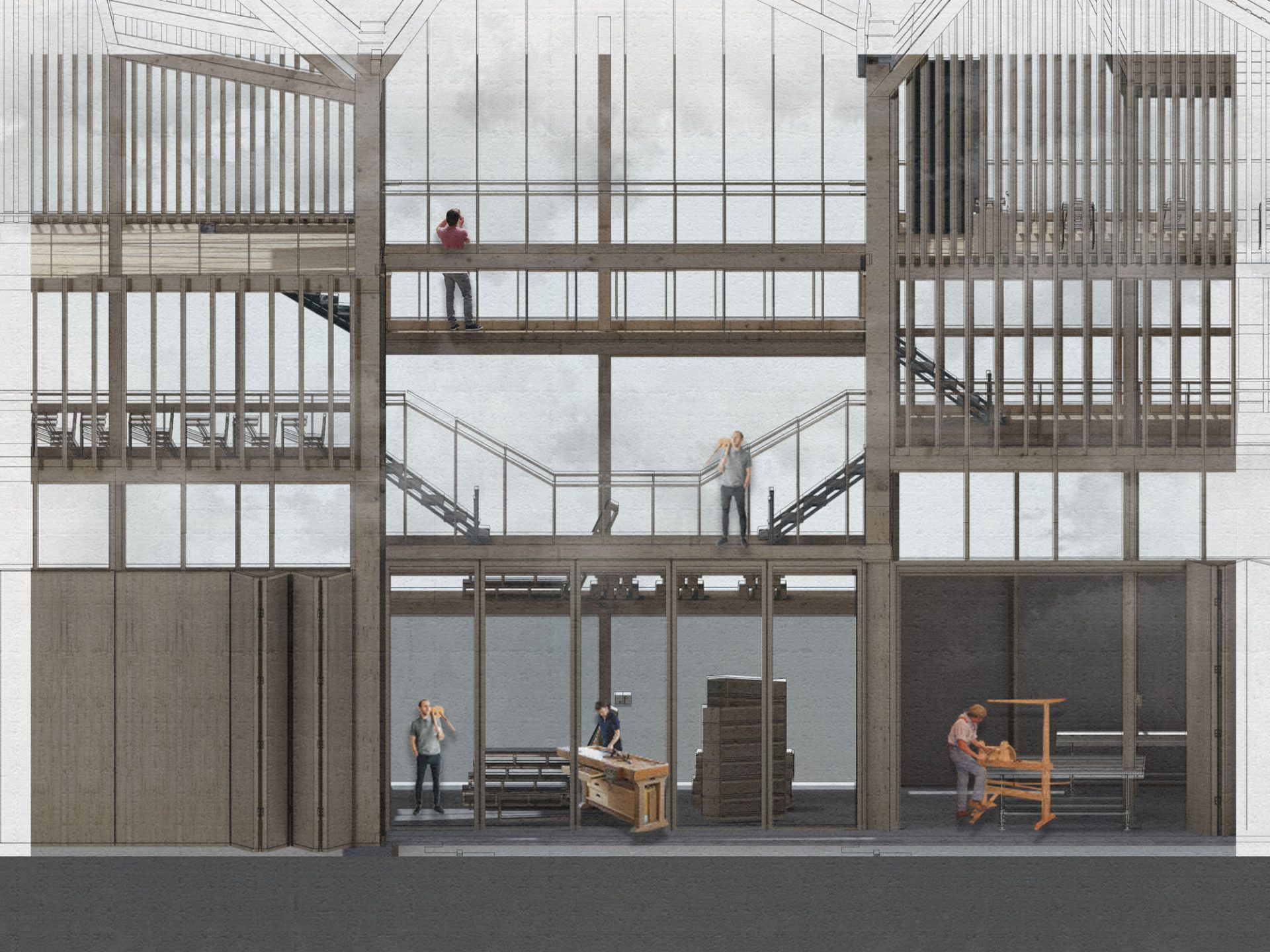 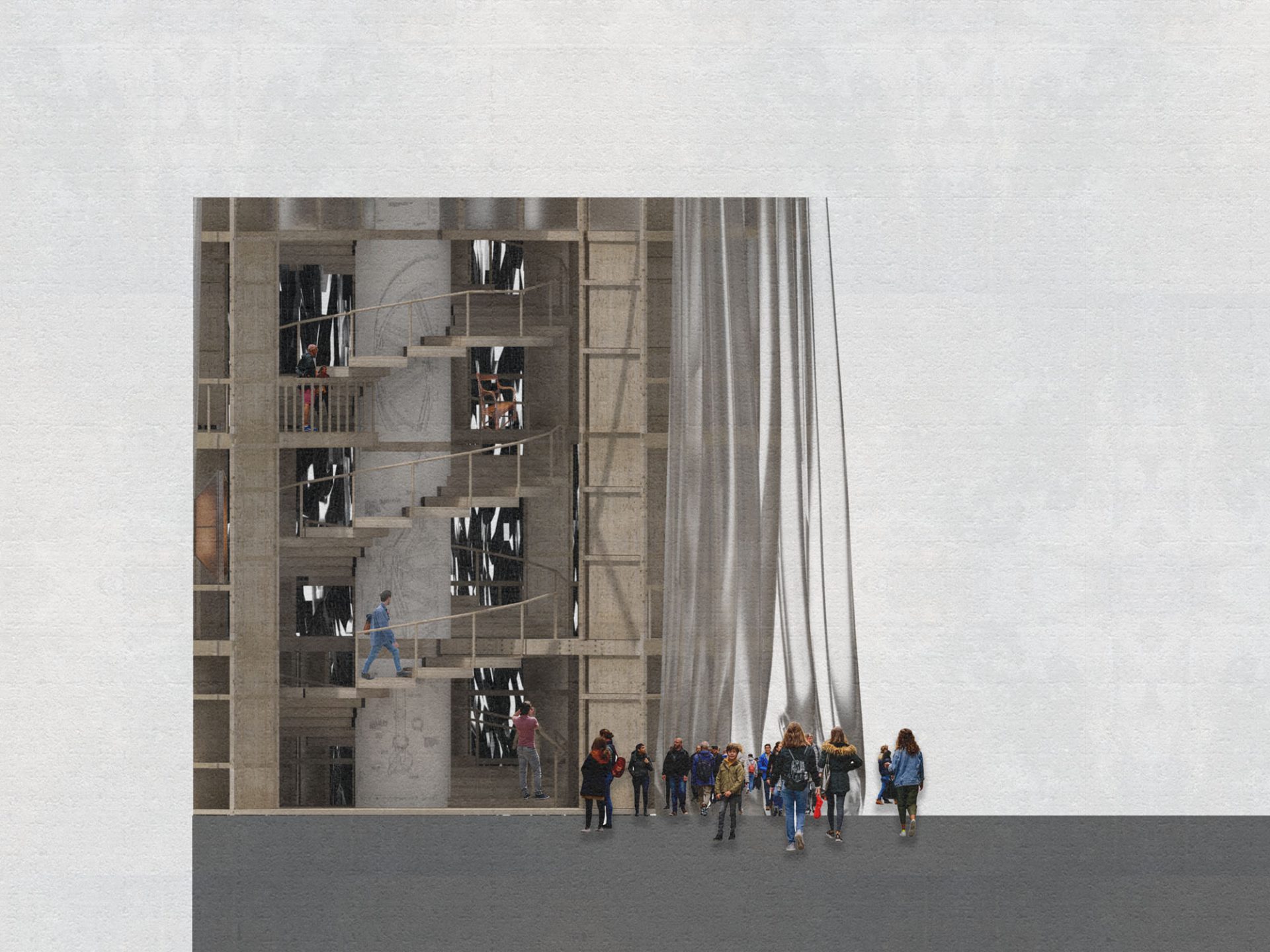 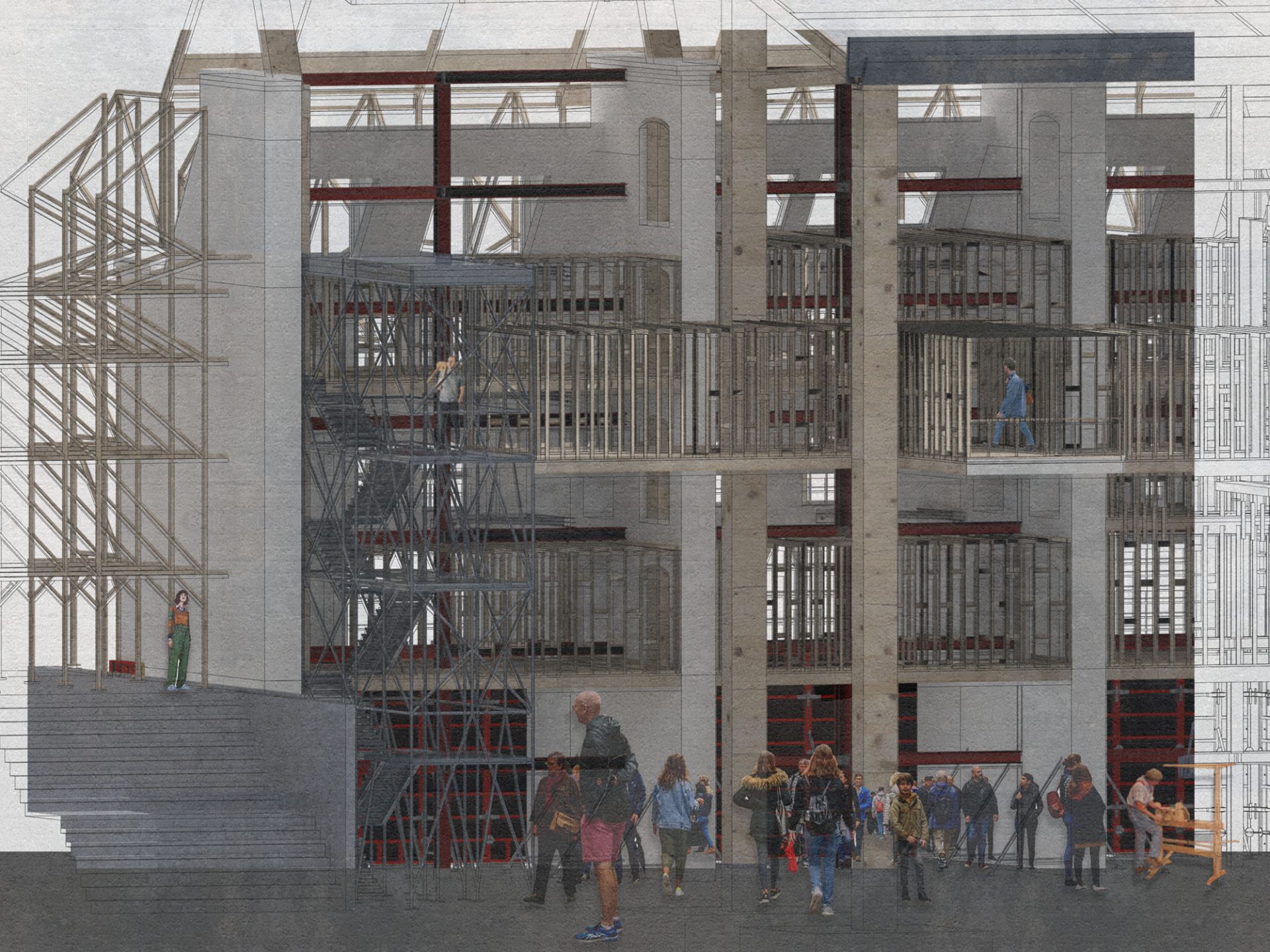 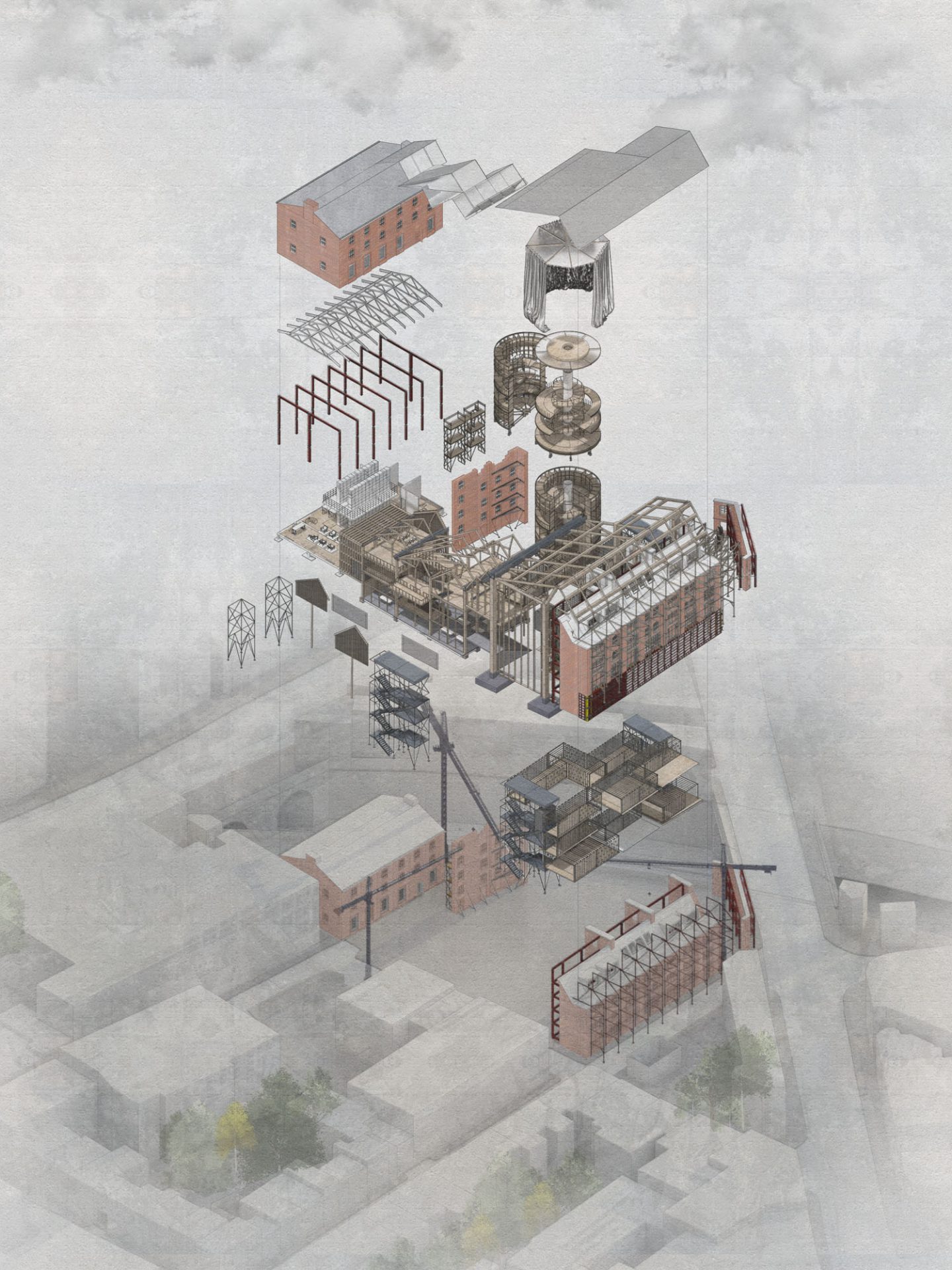 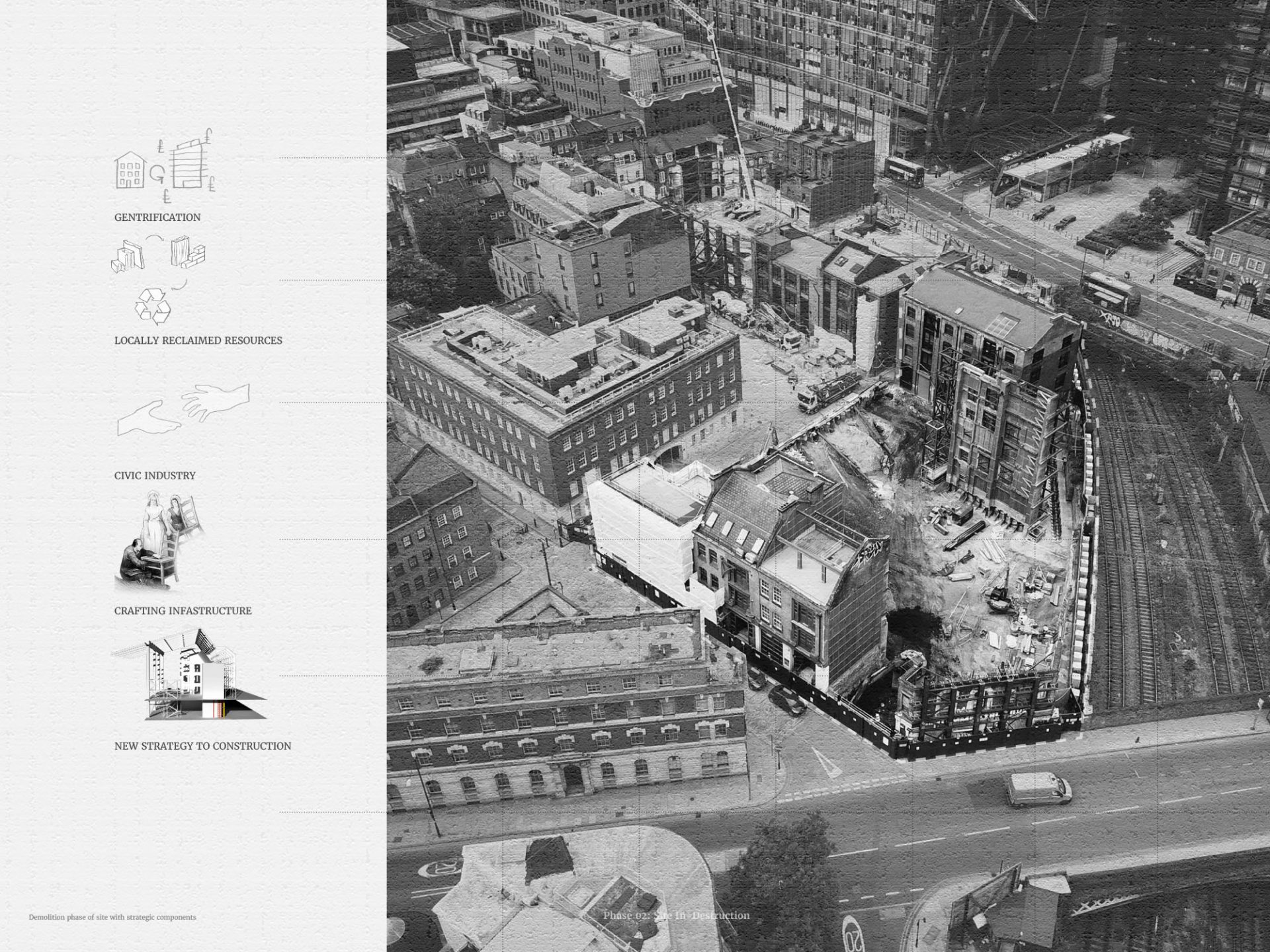 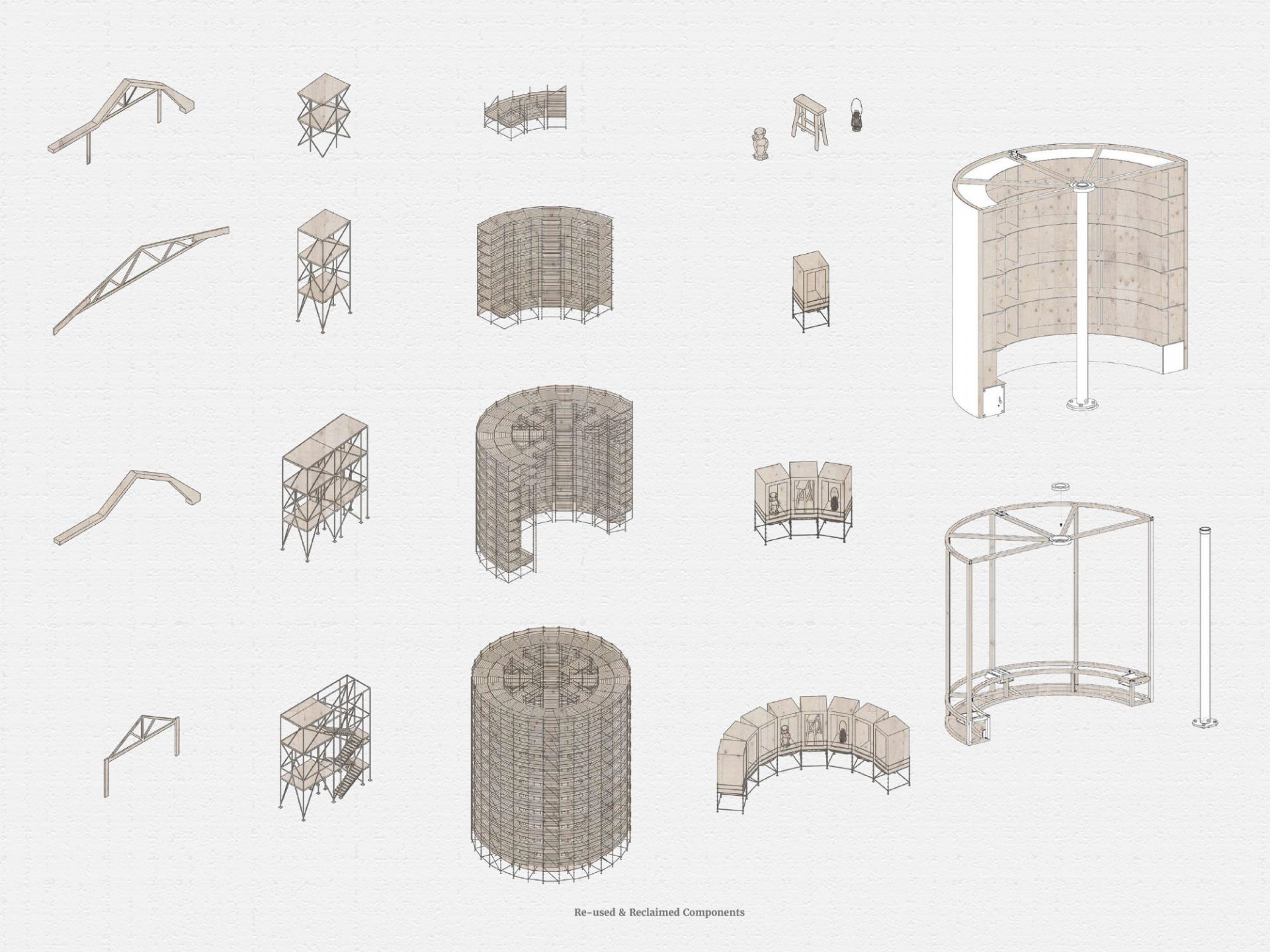 RECLAIMING A MOMENT OF PAUSE FOR SPITALFIELDS

Reclaiming a moment of pause for Spitalfields is a project that responds to the negative effects of government planning by addressing the gentrification and assimilation of British heritage and the Spitalfields community. ‘Stop British Land’ and ‘Save Norton Folgate’ has been a political movement that began in the 70’s by The Spitalfields Trust in response to to the hyper-gentrification rapidly occurring in the area. This project is a form of architectural activism, advocating for a more sustainable and harmonious relationship between large scale developers, local authorities and residents of the site. This is achieved through reclaiming, up cycling and reusing materials and construction components. The furniture space interventions involve play between introverted and extroverted spaces, weaving memory of the retained, perception, and duality. This transforms the site from a development strategy into an exchange of traditional and digital crafts that can transform tomorrow’s construction and material world. This design proposal argues that digital methods’ opportunities and insights should encourage us to create better objects and builds, which we can learn from tradition.