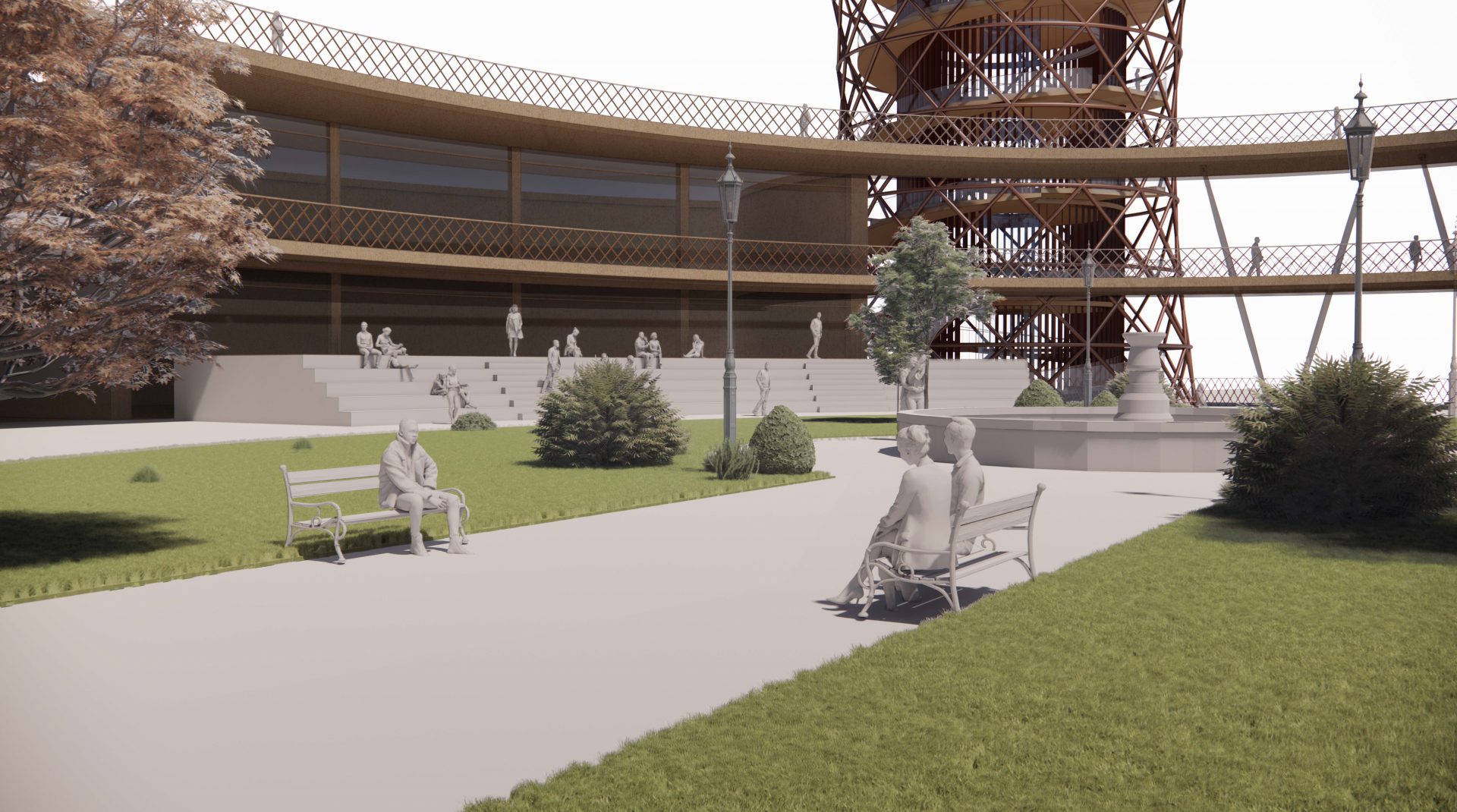 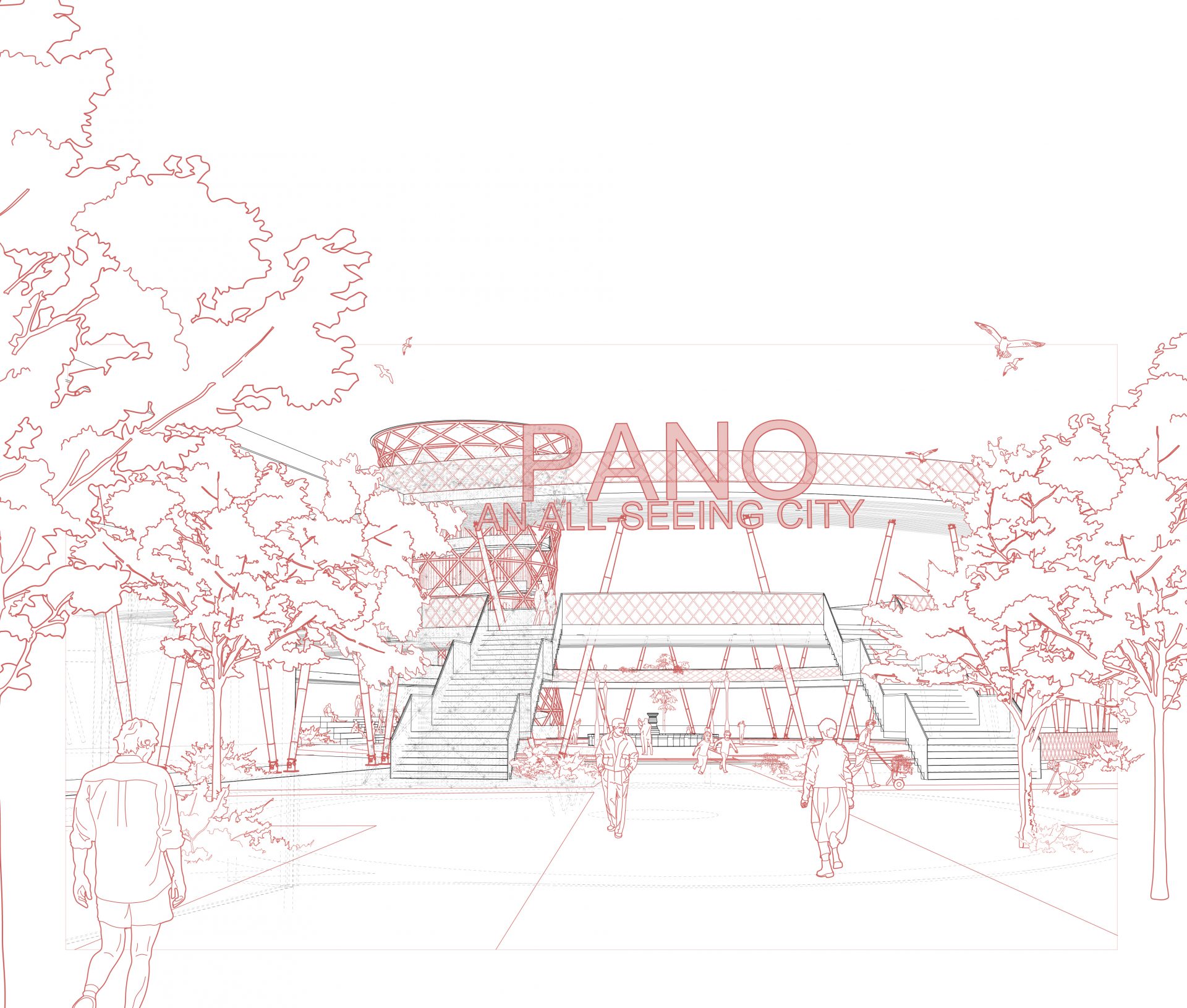 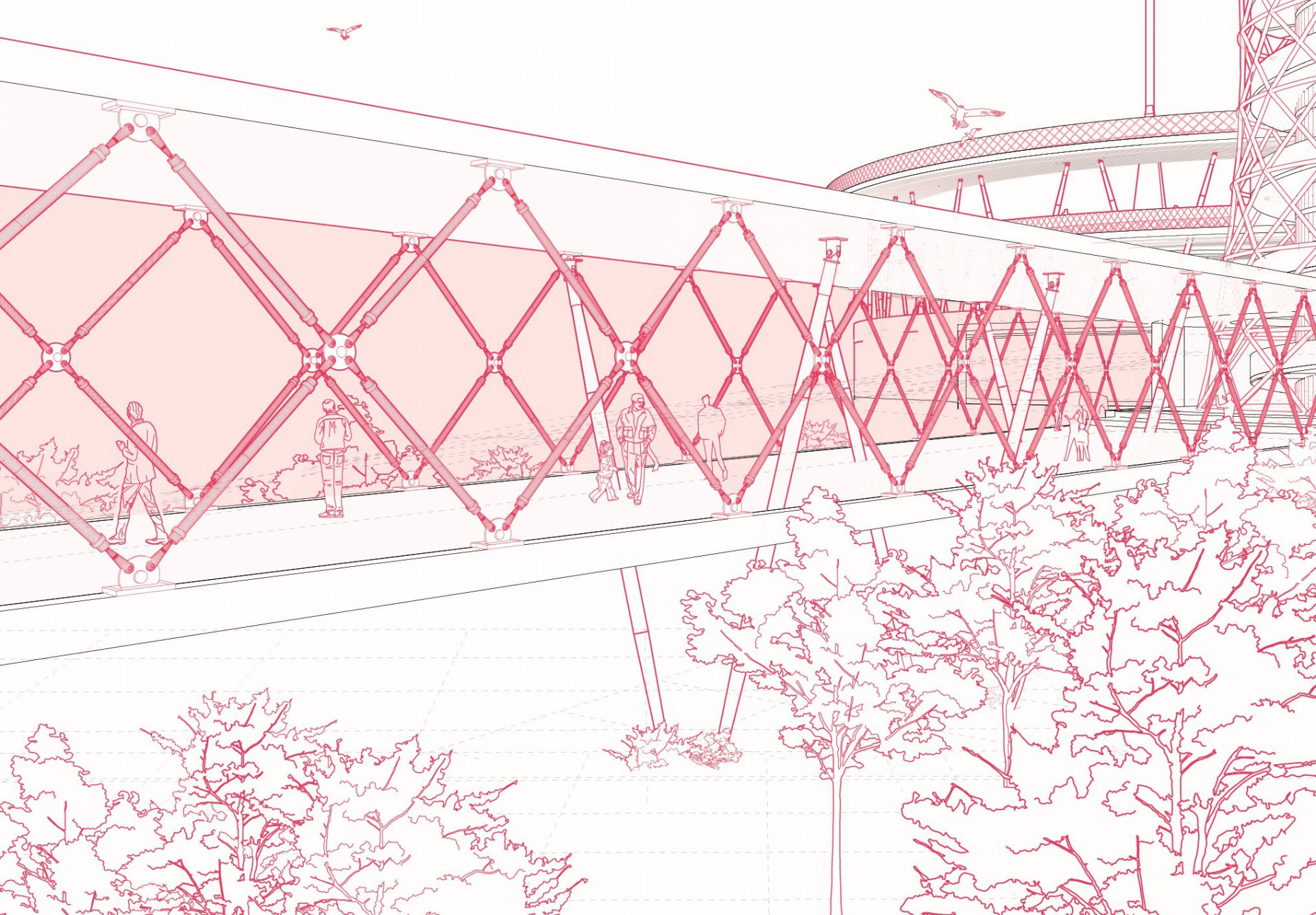 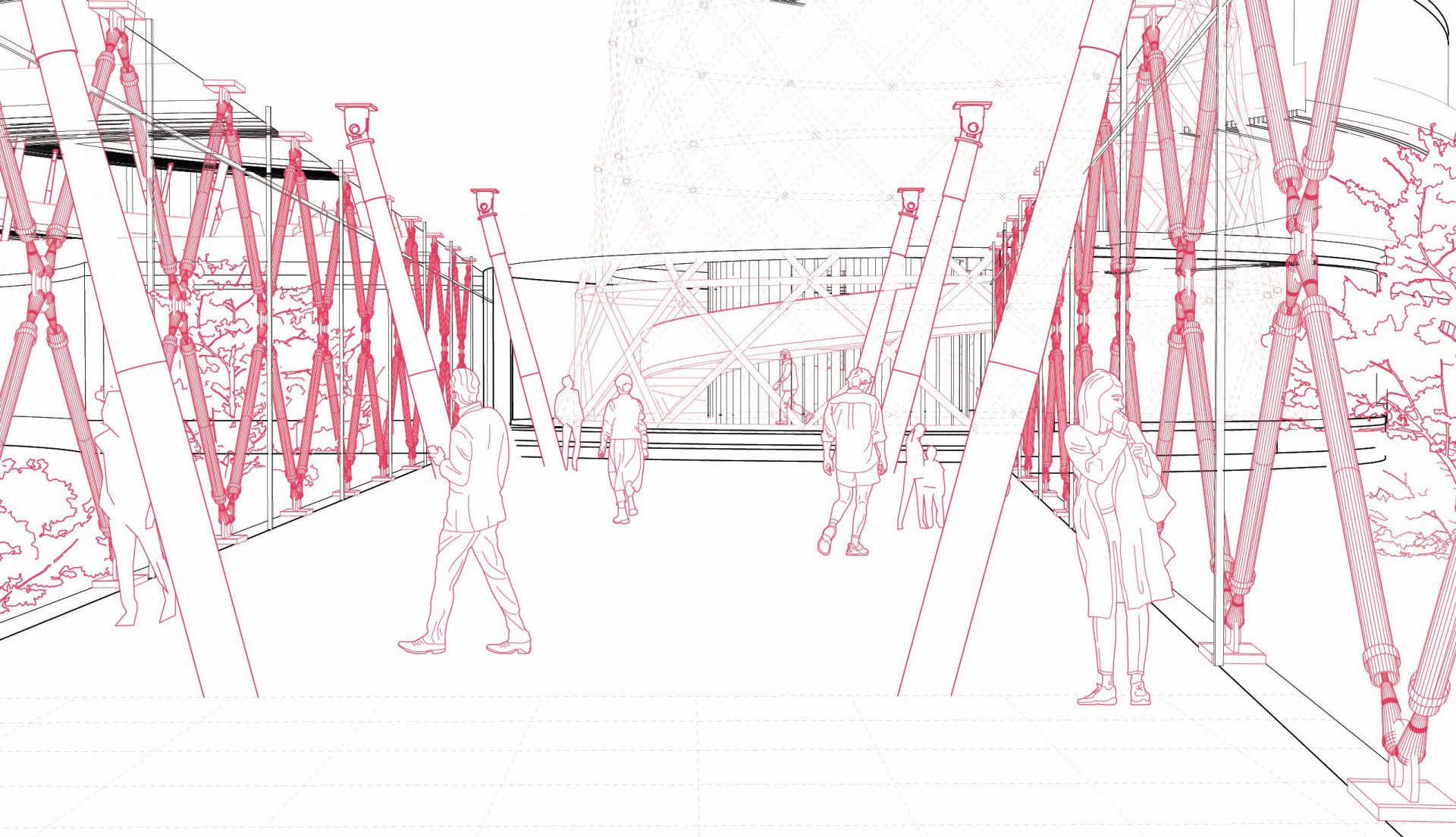 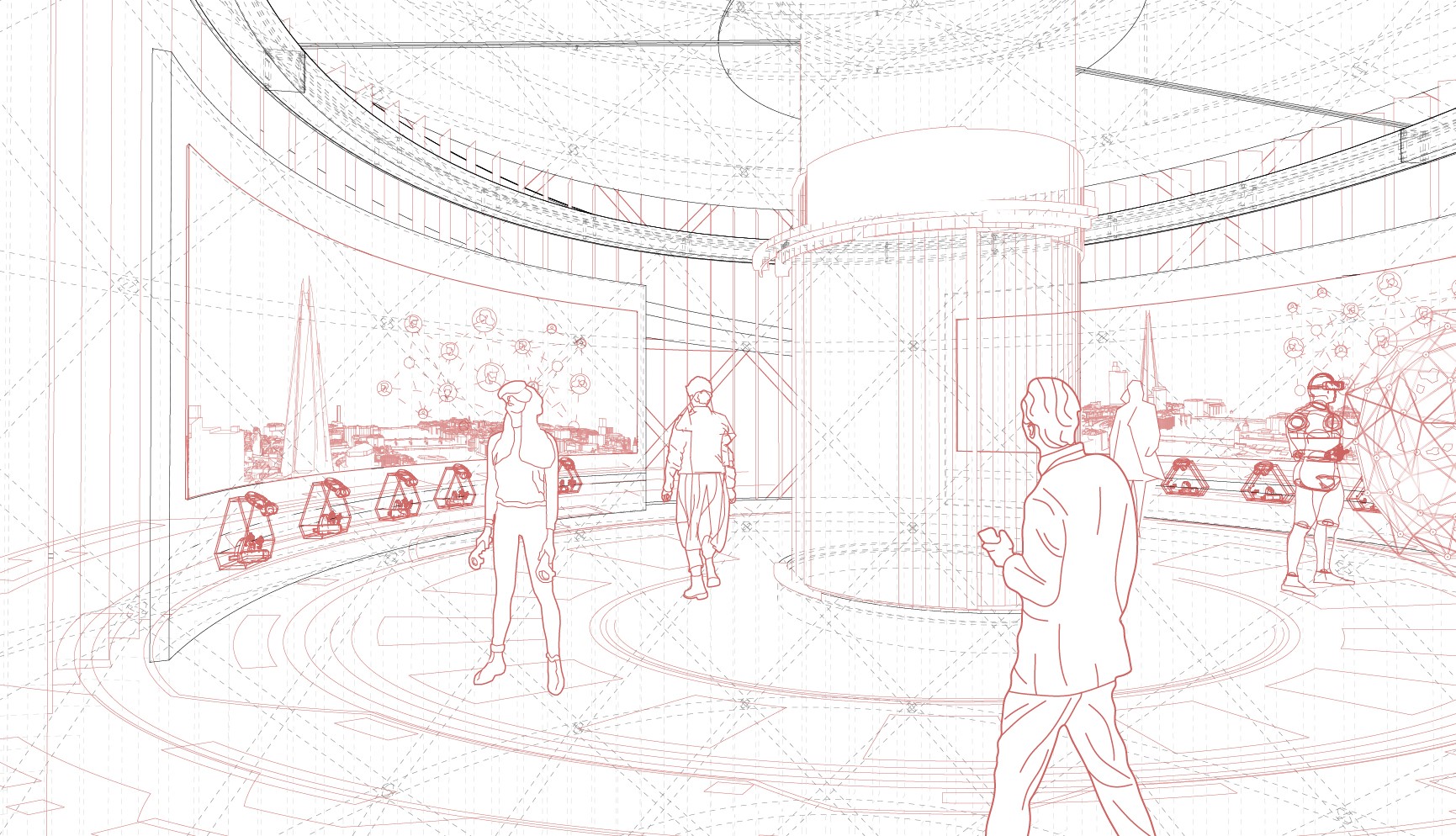 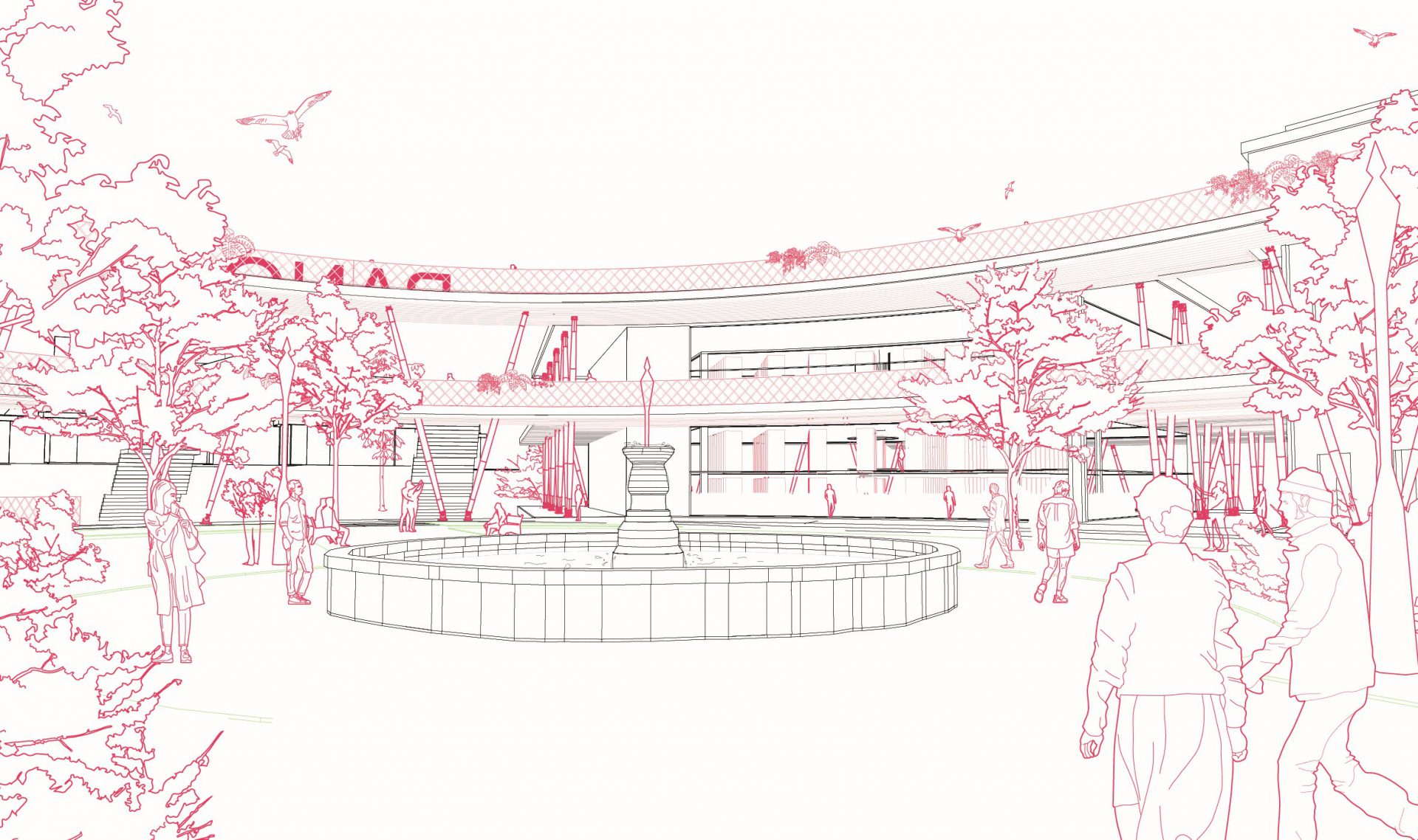 Courtyard view looking towards the entrance

By looking at how the city is monitored I was inspired by the panopticon concept, which was used in the past mainly in prisons. In the 21st century, the idea of the panopticon was transformed into a metaphor of social control that extends to all citizens. Today, we are more likely to identify the panopticon effect in new technologies than in prison towers, such as data and constant city surveillance. Each user will be able to customize their own experience of the city through the use of AR in much the same way they customize their computer interfaces. This place will give each user the opportunity to become the ‘watcher’ rather than the watched.