"This year we ran our studio program on the broad theme of Heritage to Helios.
Just like last year, the Studio worked with the International Institute of Cosmism (IIC), who now planned to develop a historic dockyard site on the banks of the River Thames, in Deptford, currently known as Convoy’s Wharf.
The IIC was especially interested in the architectural implications of Nikolai Federov’s Great Electric Boat, which he wrote about in his short essay Astronomy and Architecture.
The students worked on the Convoy’s Wharf site all year, it is a vast brown-field with one protected historic structure.
Between 2010 & 2014 Museum of London Archeology were commissioned to survey the site; and the students used MOLA’s drawings to help inspire and organise their work.
In the first semester the students worked on the design of a hybrid enclosed/semi-enclosed building whose purpose was to announce and publicise the Cosmists' presence on the Deptford site and their longer term plans to develop it.
For our field trip we went to the Big Science project called ITER, we stayed in Marseilles. ITER is a 35 nation collaborative project, tasked with building the world’s largest tokamak, a magnetic containment and plasma fusion device. The ITER tokamak is designed to prove the feasibility of fusion as a commercially viable source of carbon free energy.
In the second semester they worked on their proposals for a Factory and Fun Palace dedicated to the project of the Great Electric Boat (F-GEB). They focused their inquiry around the themes of site, program and technology.

We would like to thank all our guest critics, including Raluca Cirstoc of 5th Studio, Jessica Mulvey of Ben Adams Architects, Keith Tillman of Tillman, Pollock, Guard Architects, Peter Fyllgraf and Guy Sinclair, Will McLean and Pete Silver here at the Univeristy. Special thanks to Keith for drawing our attention to the site and to all ex 2_6 students and other affiliates who continue to support the studio. 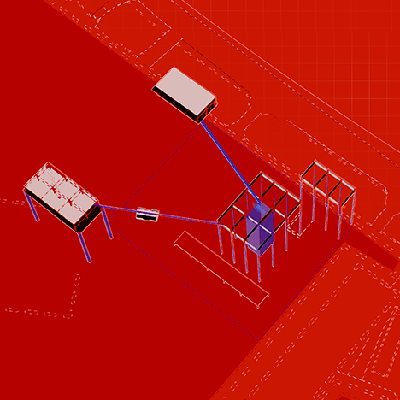 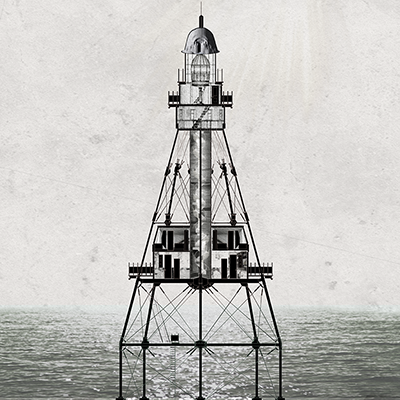 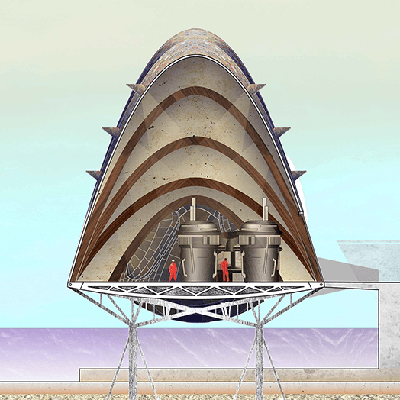