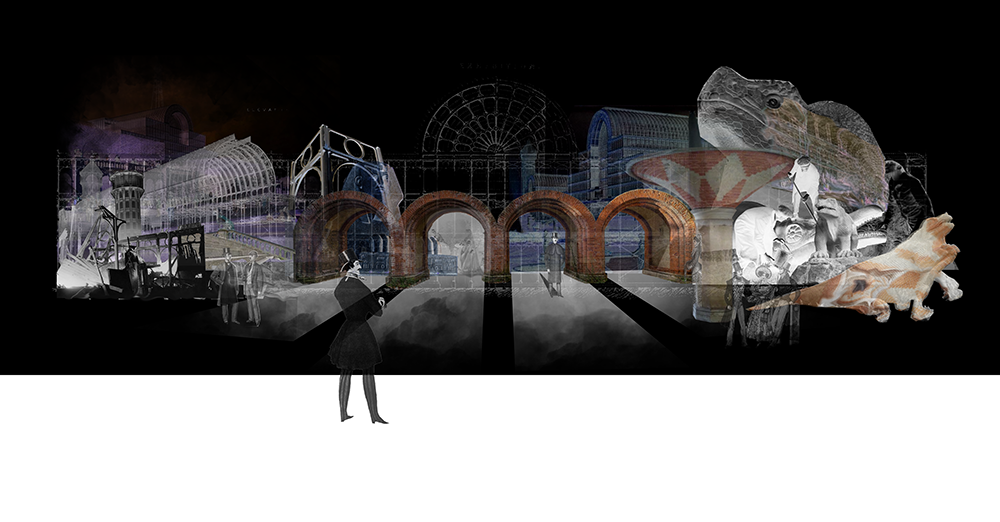 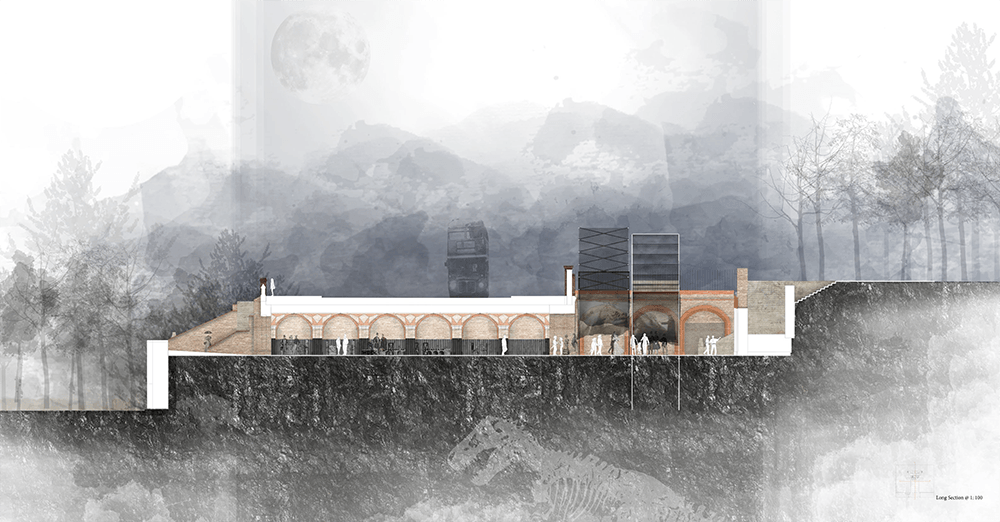 My proposal located in Crystal palace subway is a dual program, acting as a community meeting space during the day, and a passageway into the park at night. The passageway is for the ’friends of crystal palace dinosaurs’ to go see the dinosaurs statues at night, illuminated with projections. The design has been heavily influenced by the notions of ghosts, memories, architectural fragments and artefacts. The proposal captures this ghostly and uncanny atmosphere in the design as it pays homage to the obsolete fragments left in crystal palace park.

The proposal breaks down into 2 main design moves. Firstly the existing interior. The proposal aims to tackle this sensitively and preserve as much of the existing as possible, using the design to enhance the existing features. Secondly the collapsible structure. This structure aims to encapsulate the notion of a ghostly structure and play with the juxtaposition of the real and memories. *Vola Winner for Innovation*