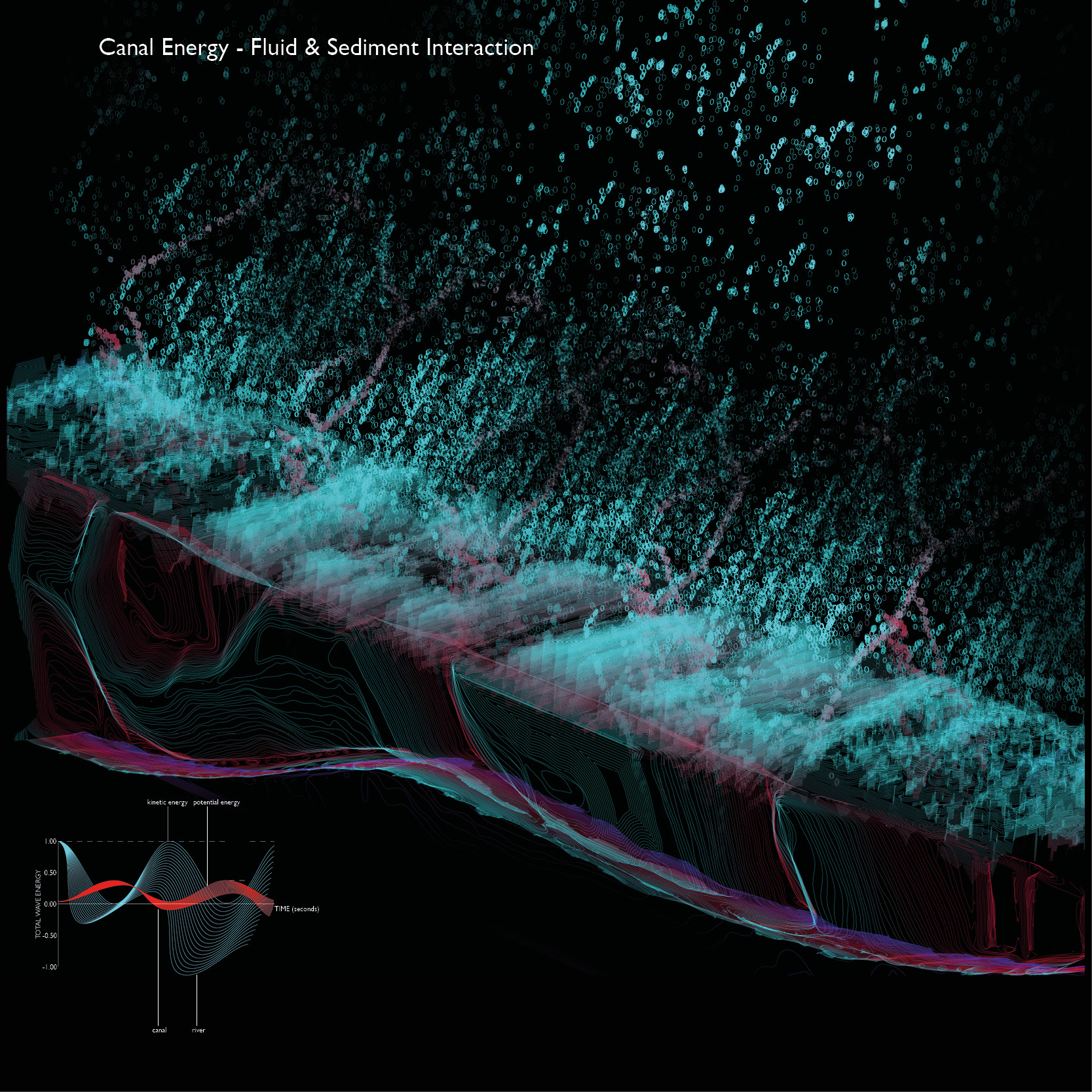 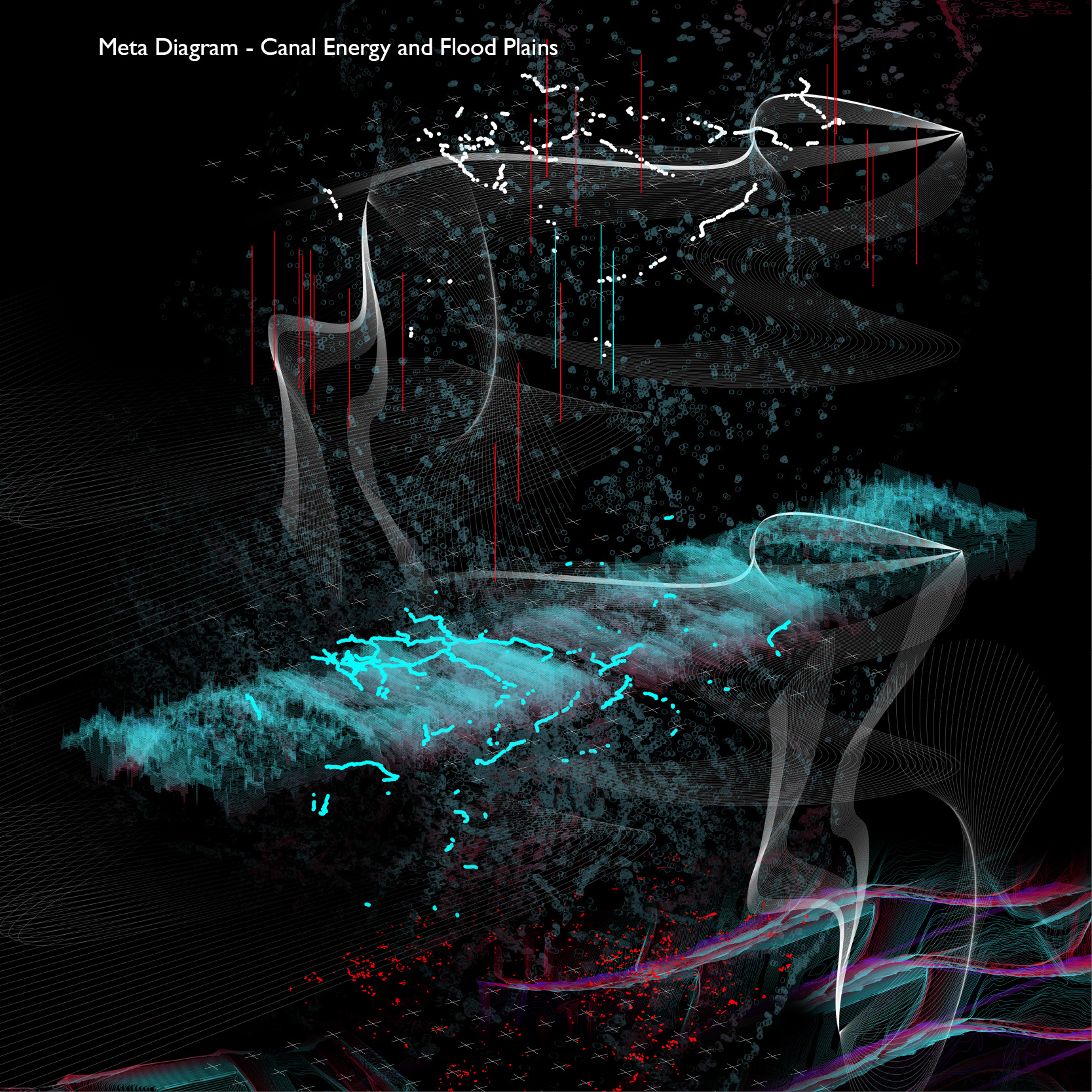 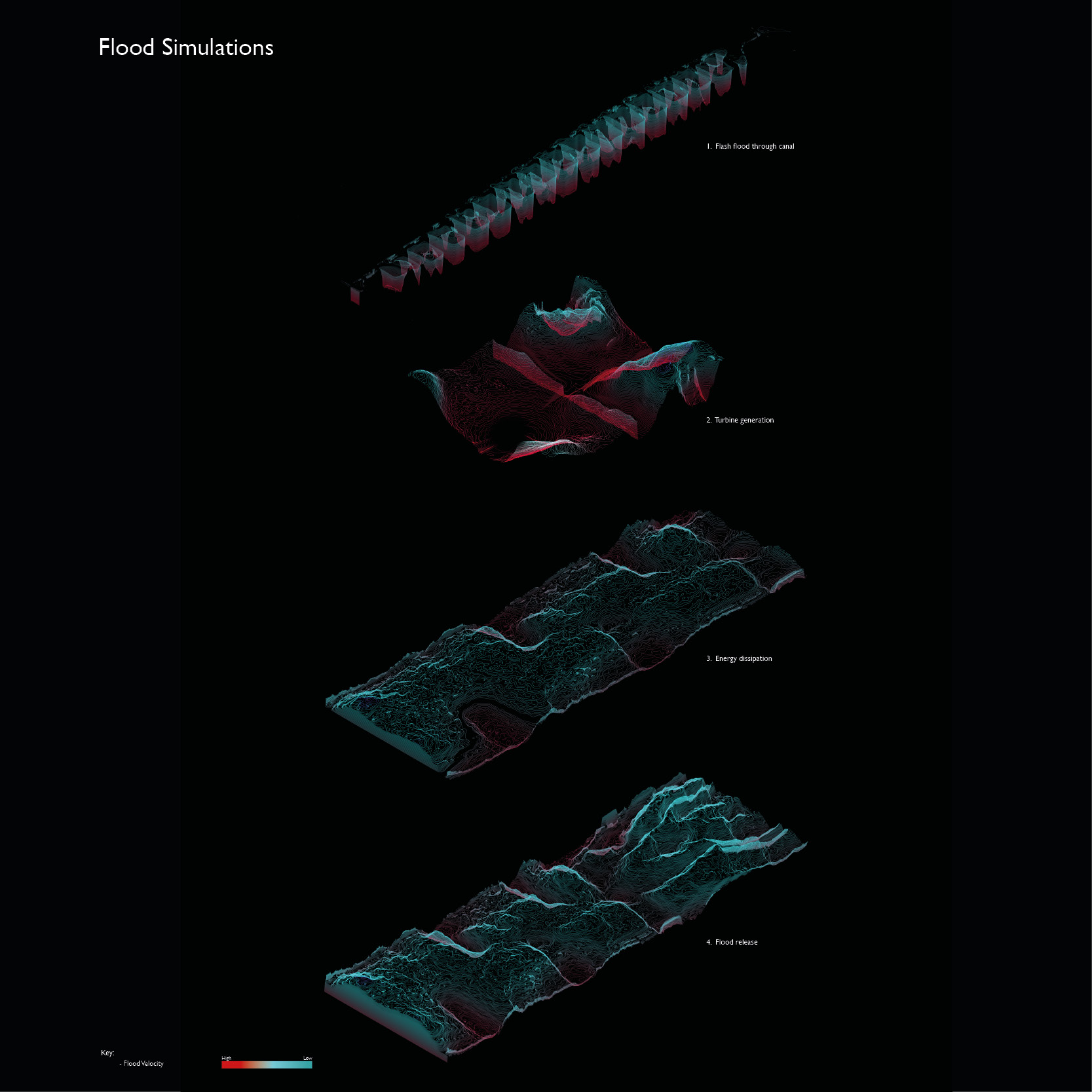 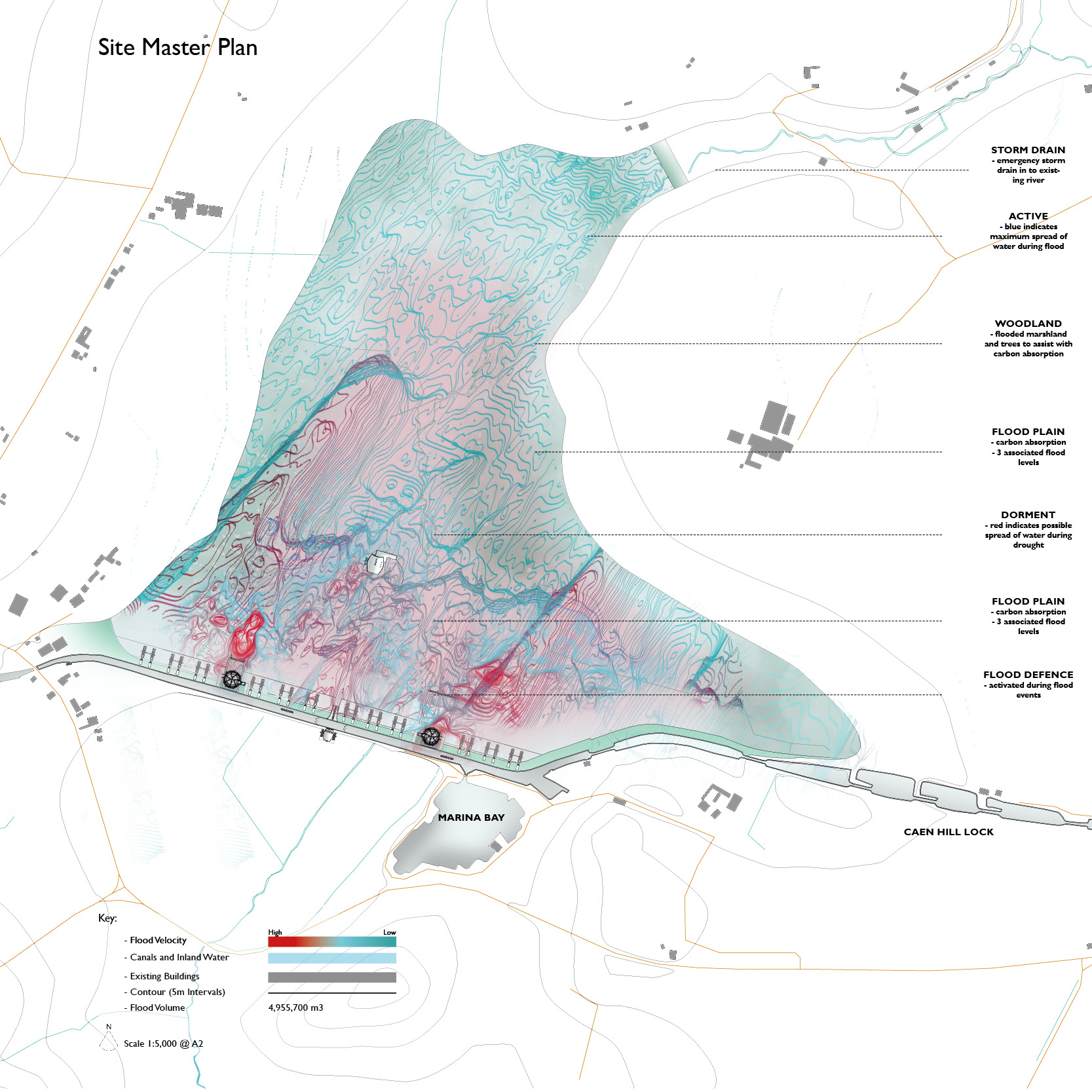 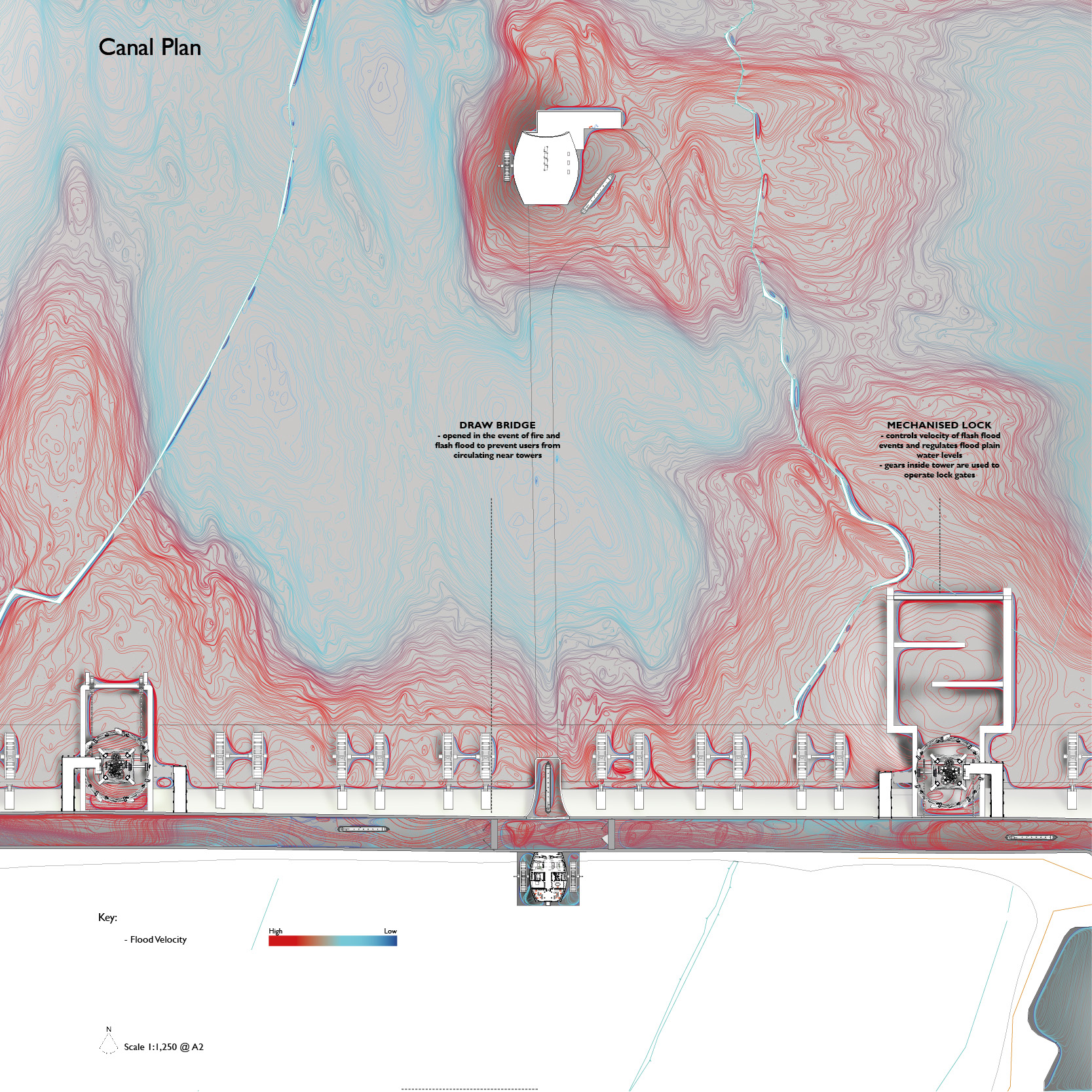 The proposal works with fluxes and flows. It introduces a beta intervention linked to an existing canal as a source of power. This will be used to help prove how affective this model is for green urban planning and a showcase for climate adaptation technology, which can then lead on to a national scale. The site Caen Hill Locks invites an opportunity for UK’s flood defences and a chance to introduce a new habitats with surface water conditions. Canals are re-purposed as they double as storm drains leading excess storm water in to the rivers/harbours. The proposal has three phases: Phase 1- Non-disaster Mode: Carbon levels are tested in soil and air. Towers to operate and generate energy and regulate flood plains for new habitats to survive. Phase 2 - Disaster Mode: Canal acts as storm drain navigating excess water to proposed locks. Towers generate energy from force of water, flood plains absorbs excess water, carbon cycle phenomenon occurs in background. Phase 3 - Post Disaster Mode: Carbon levels are tested in soil and air and compared to early data. Evidence will be gathered to prove beta test is successful.