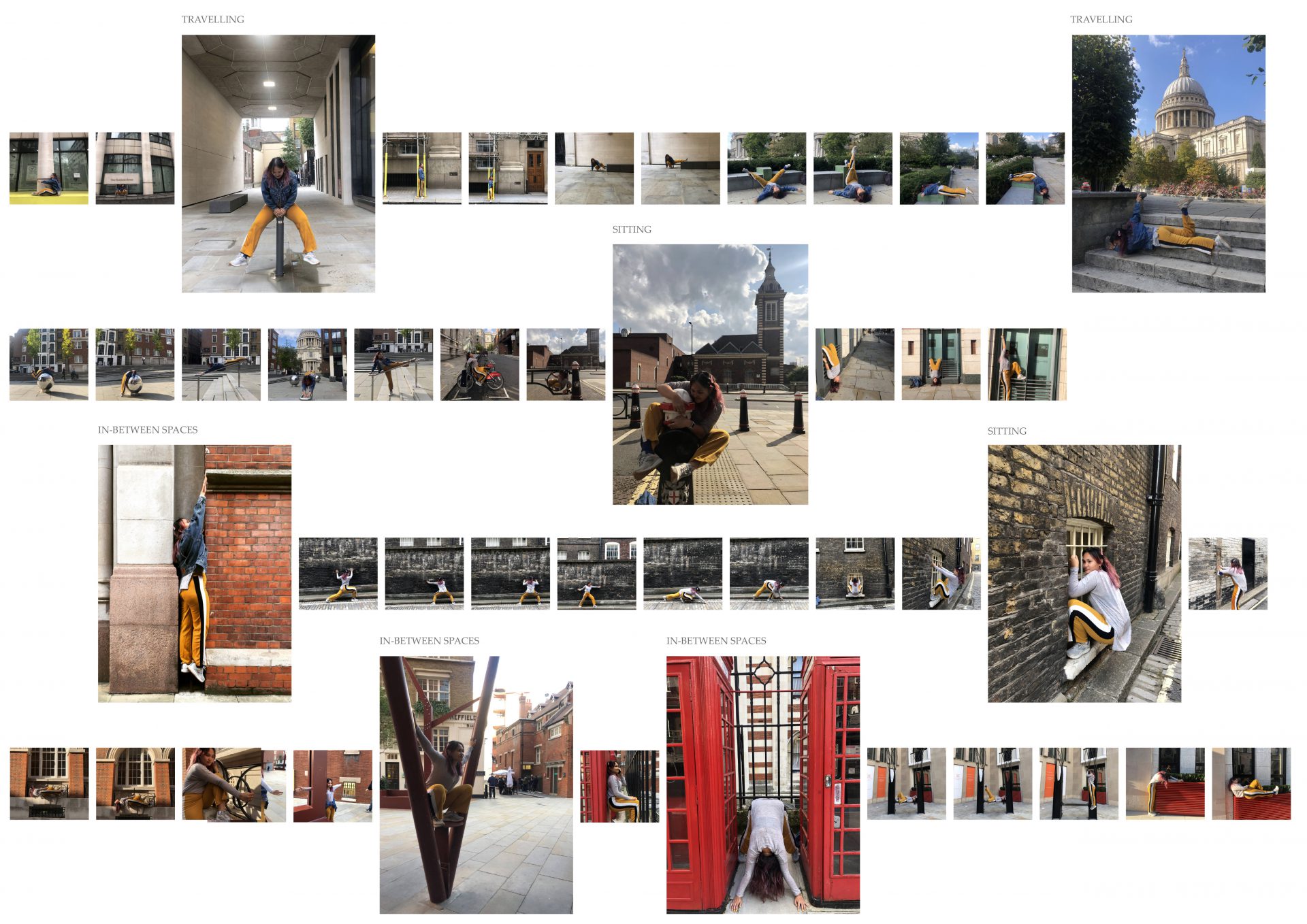 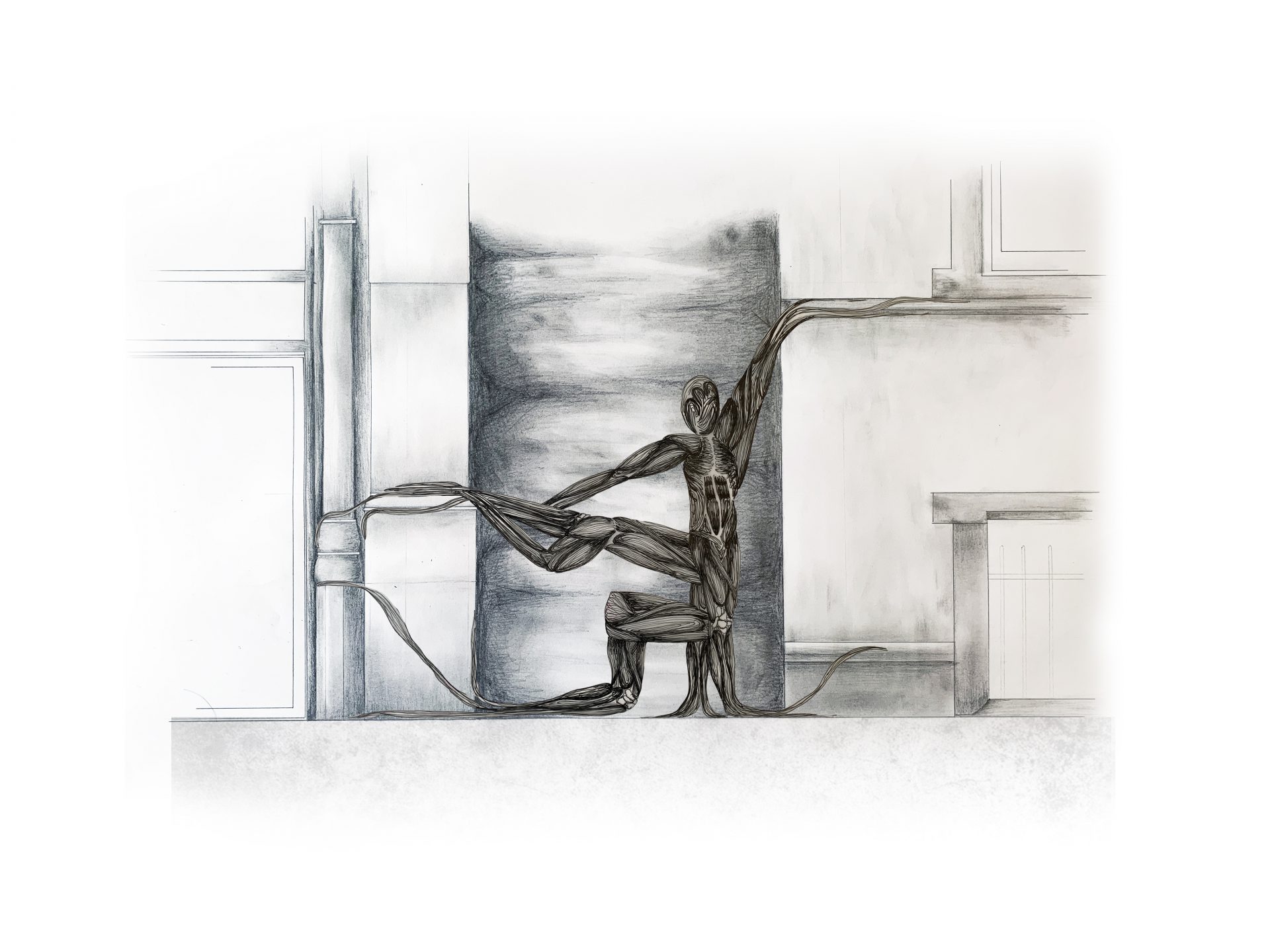 THE SECOND BODY ON SITE - AN AMALGAMATION OF MUSCULAR FIGURES 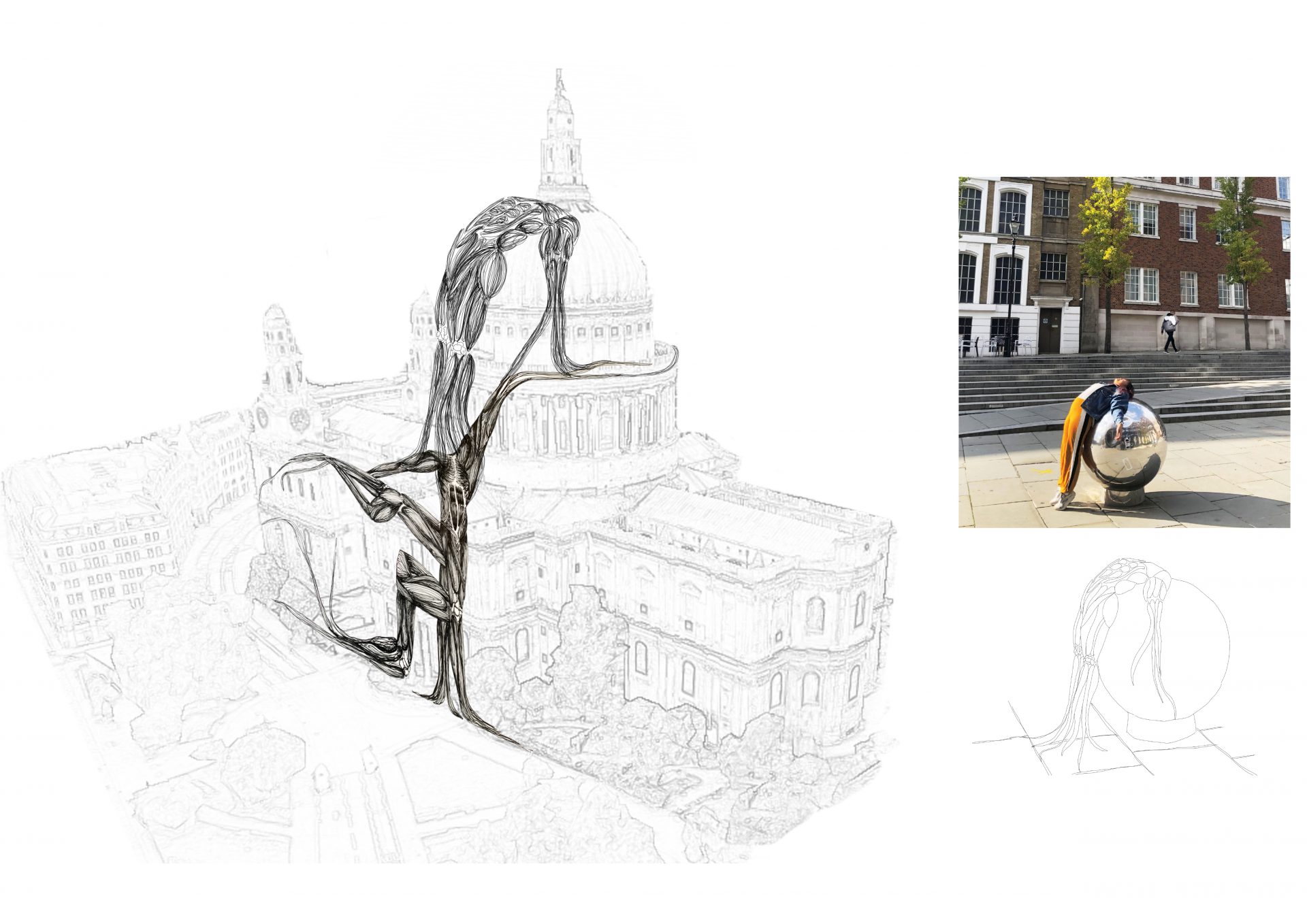 THE EVOLUTION OF THE SECOND BODY - CONVERGING ON ST PAUL'S 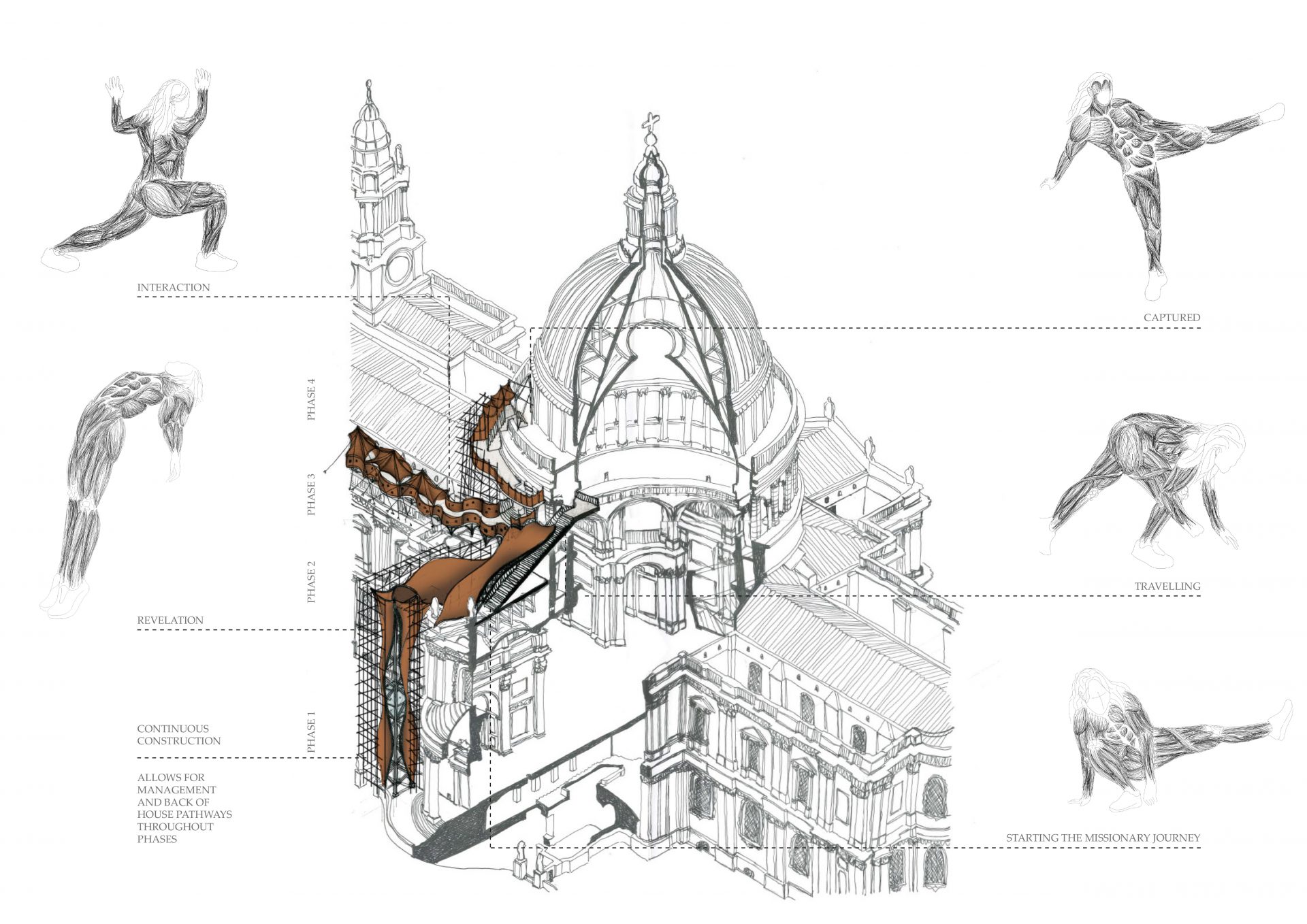 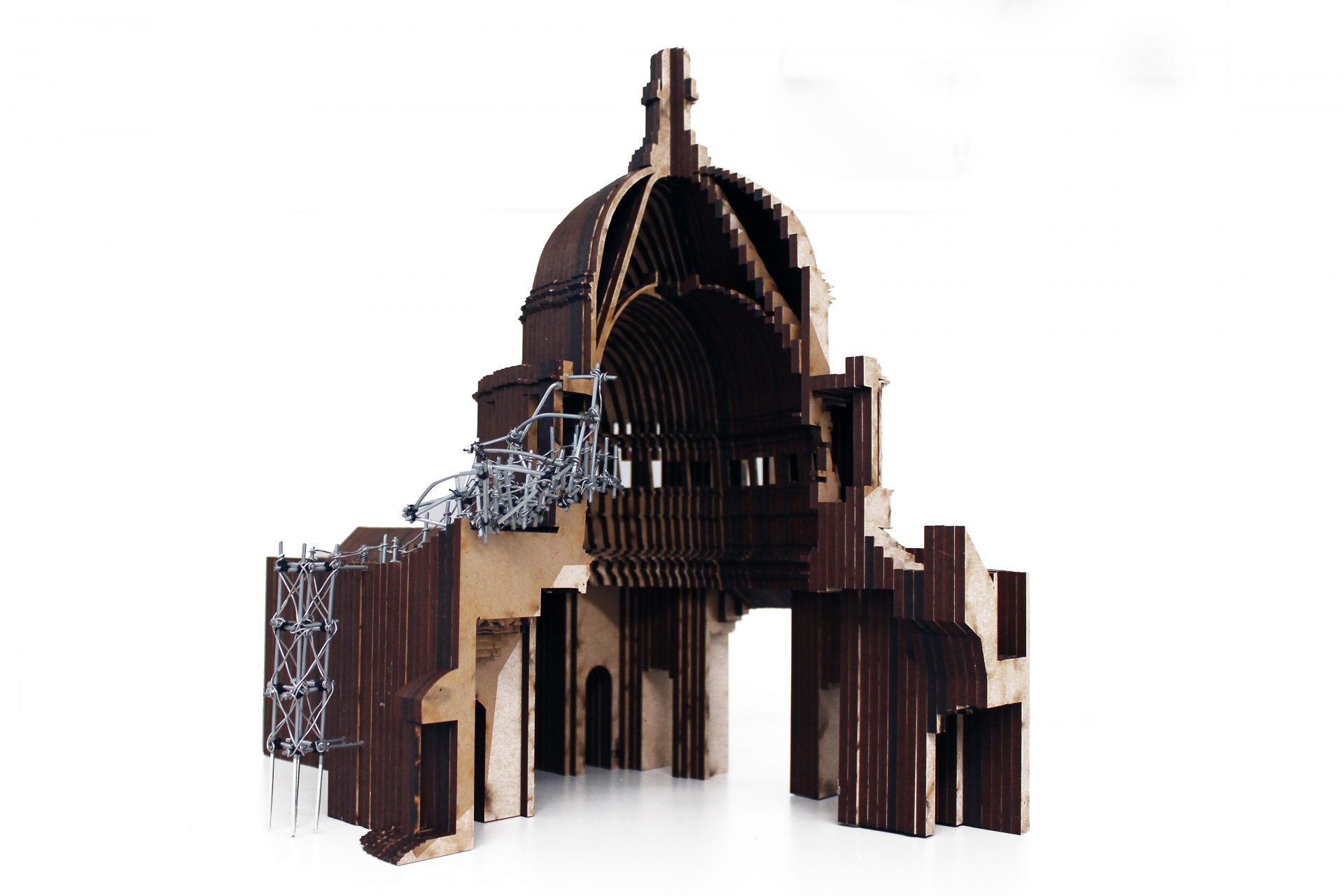 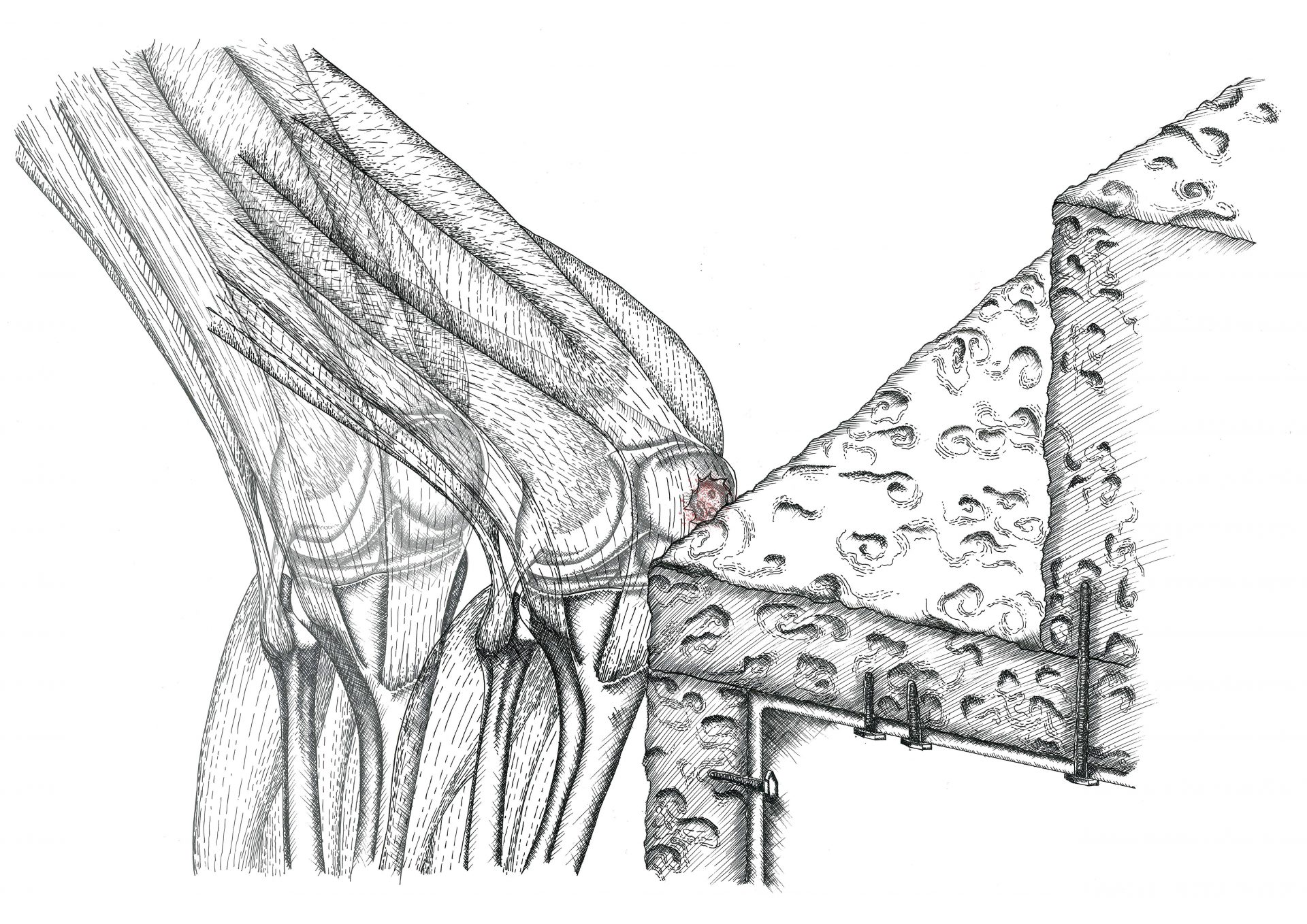 THE EXPERIENCE - THE PILGRIM AND THE ARCHITECTURE INTERACTING 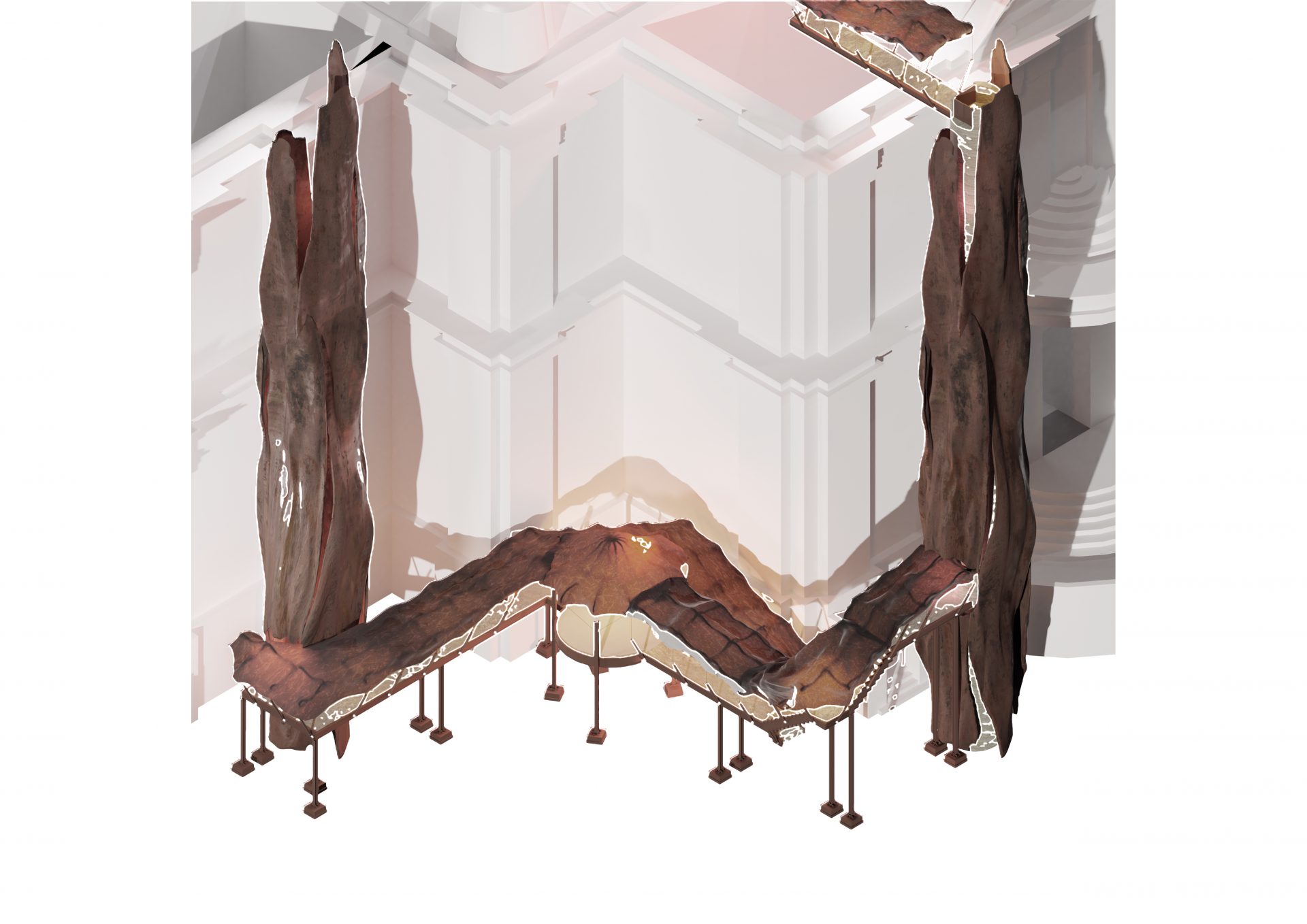 THE ENTRANCE TO THE PILGRIMAGE ROUTE 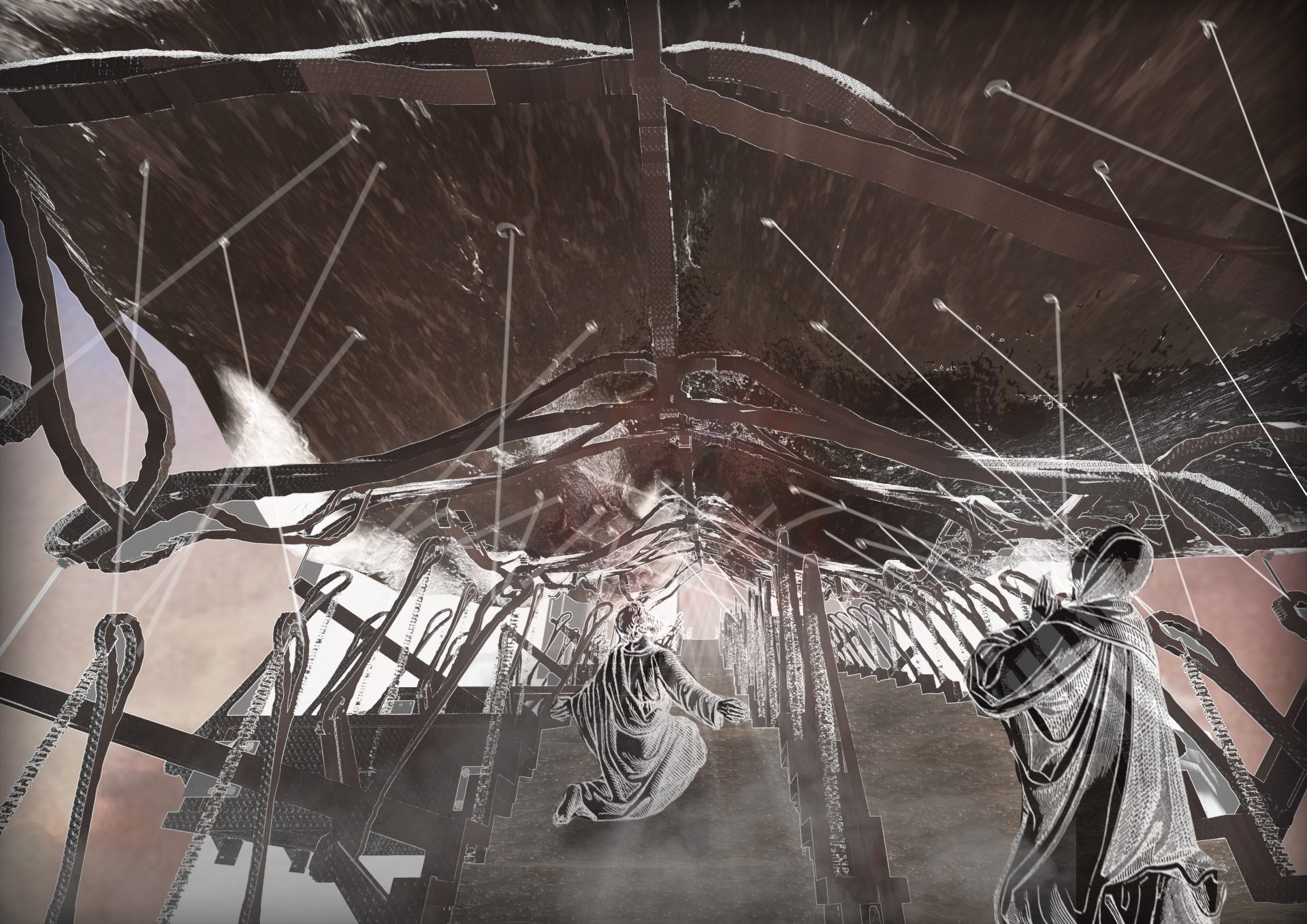 Th Second Body is an amalgamation of muscular figures that seek out connections. Moving around the City of London, they merge their ligaments and tendons with the existing architecture, as well as each other, in an attempt to interrogate the materiality of the physical world - as well as exploring the possibility of a symbiotic relationship between the body and the city. The group converge on St Paul’s Cathedral as they recognise it as an important connection point. Here, the Second Body changes in scale as the figures combine and an assemblage of muscles attaches itself to the Cathedral. As the building has great religious importance, the programme focuses on the idea of pilgrimage with long and arduous routes reflecting the life of St Paul. However, as we now live in a secular society, the aim is not necessarily for religious purposes. Weaving in and out of both the interior and exterior of the building, using the existing structure to span new lightweight routes, the visitor is able to appreciate the architecture in a new way, especially as the architecture forces the visitor to contort their bodies through the route, emanating the experience of the Second Body around the City.