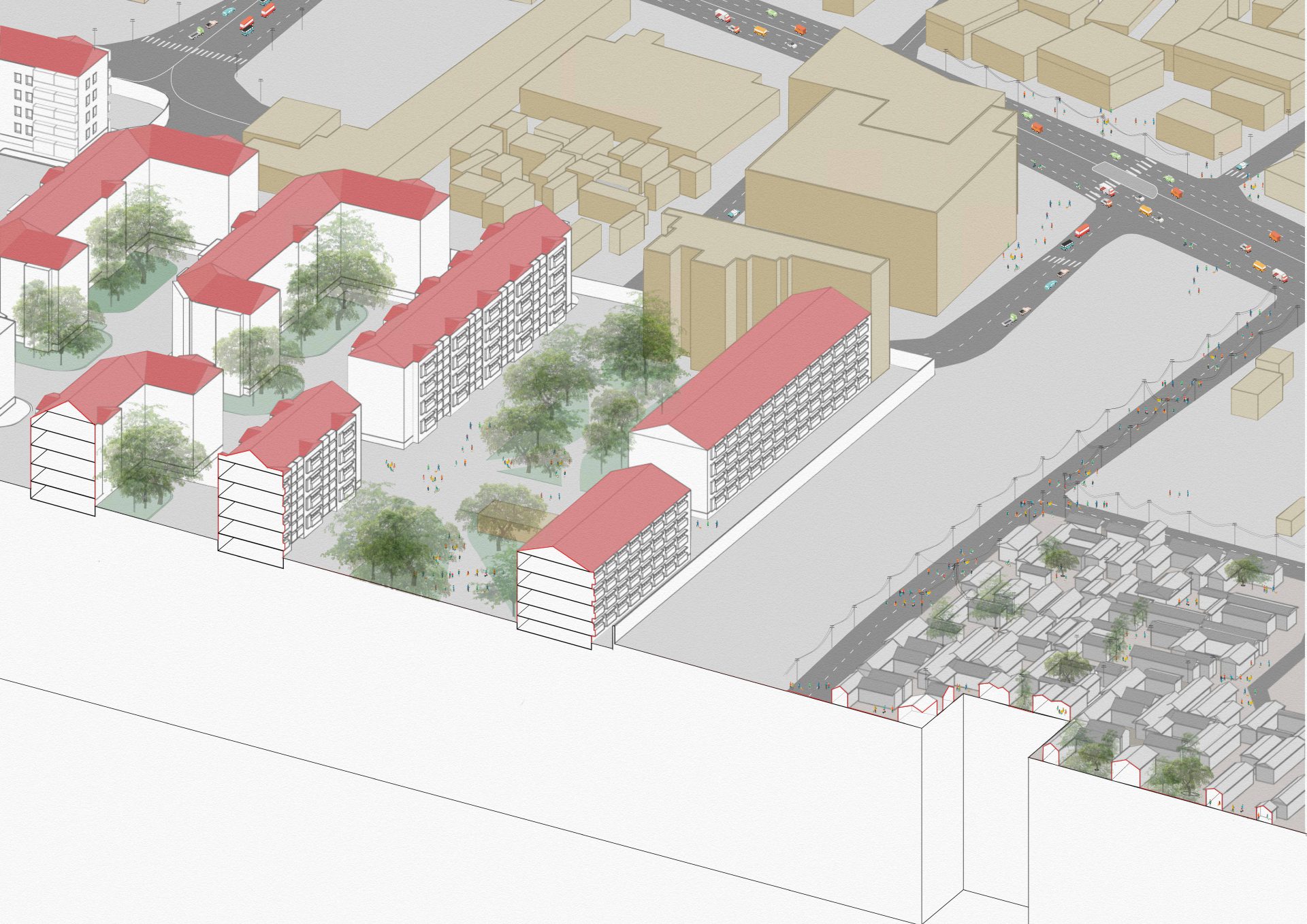 A SLICE OF BEIJING 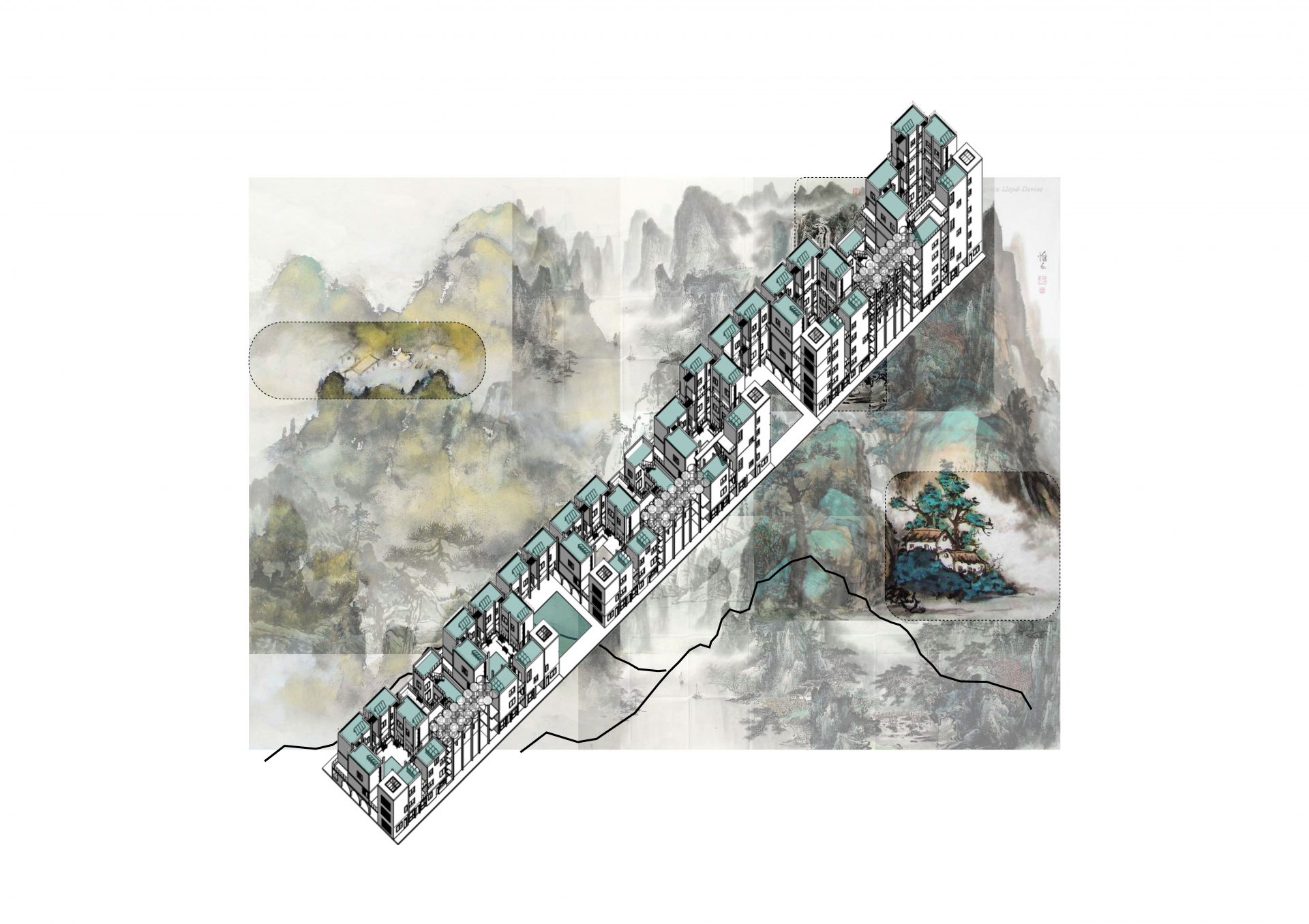 THE BROKEN COURTYARD AS A RISING LANDSCAPE 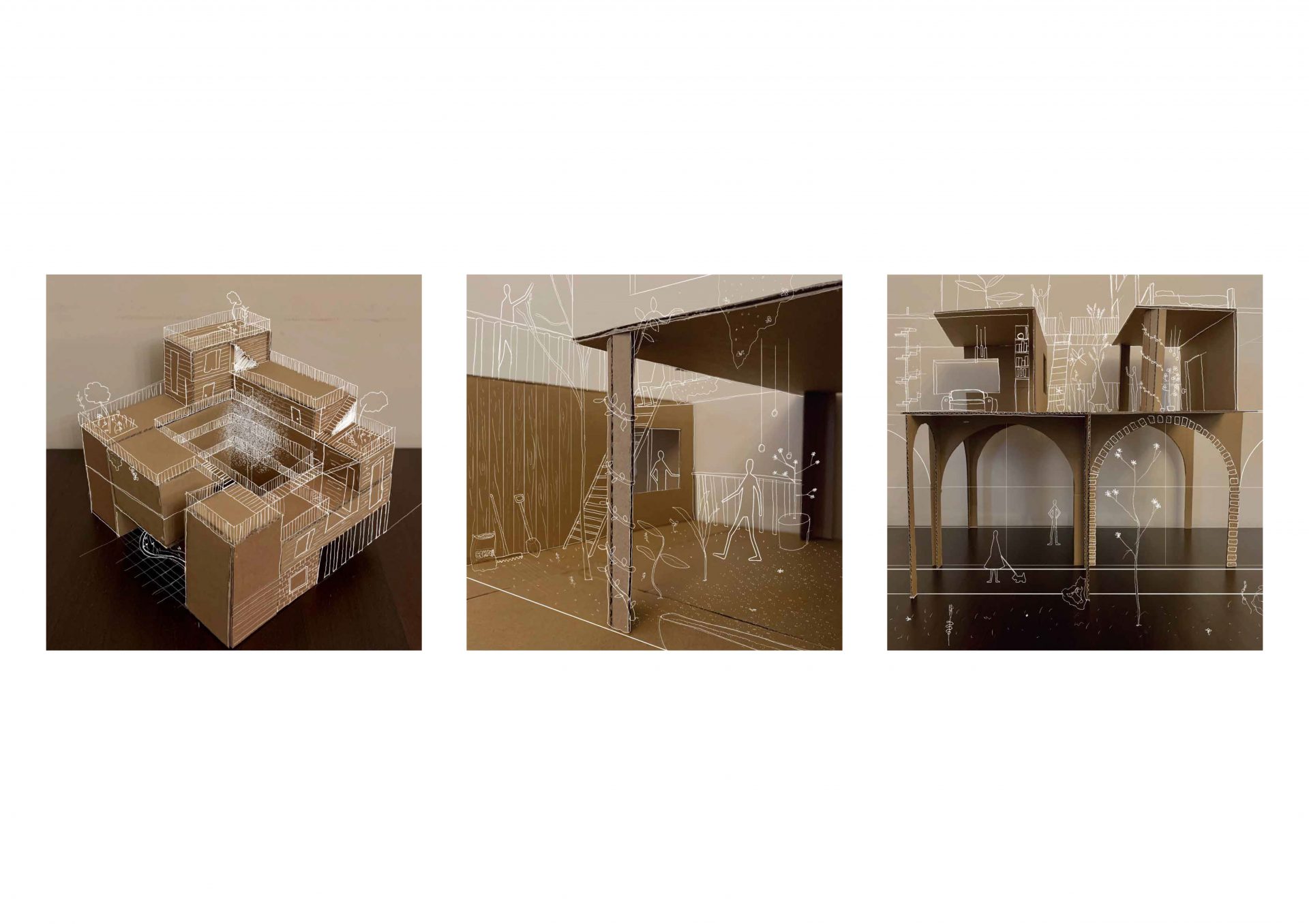 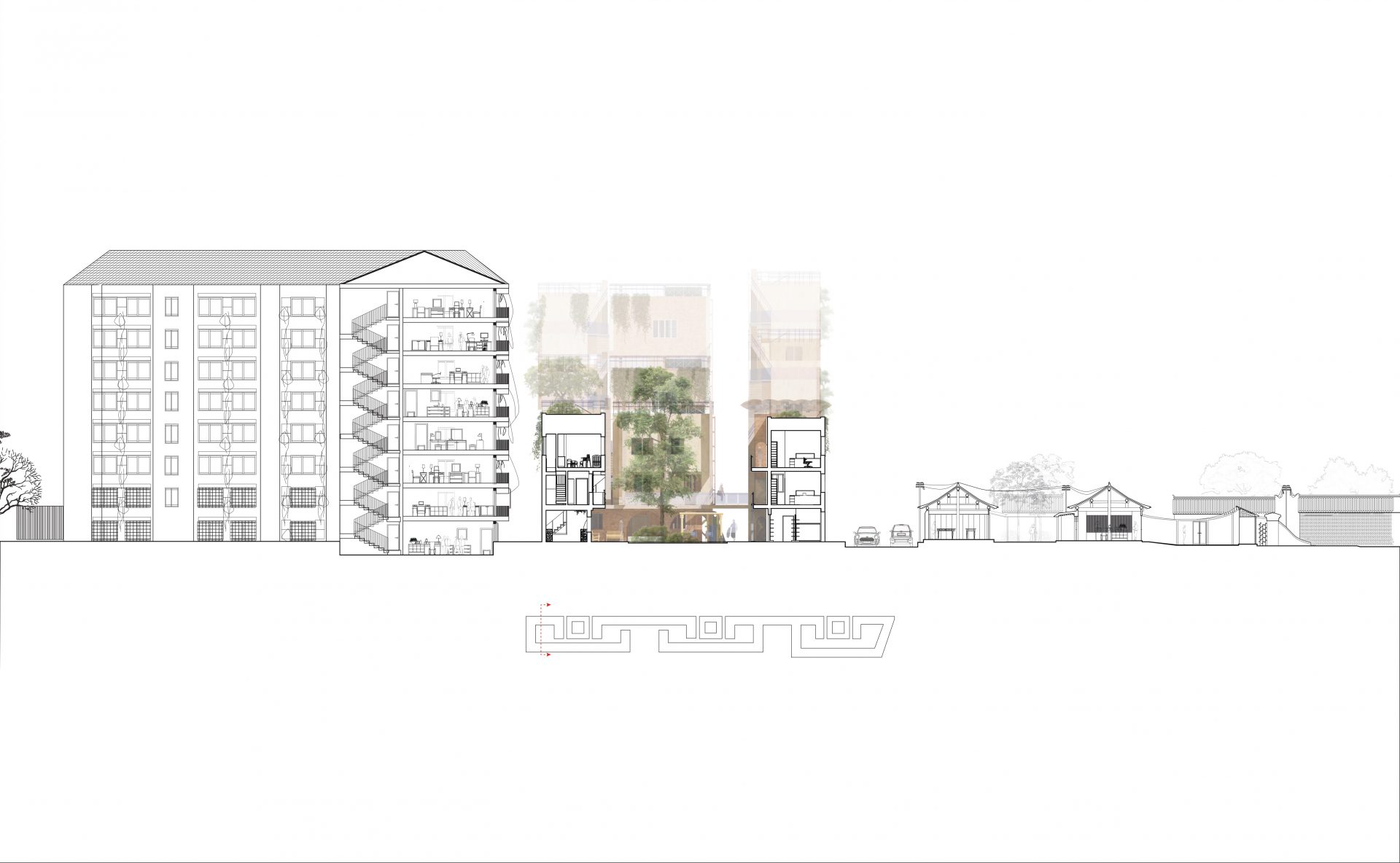 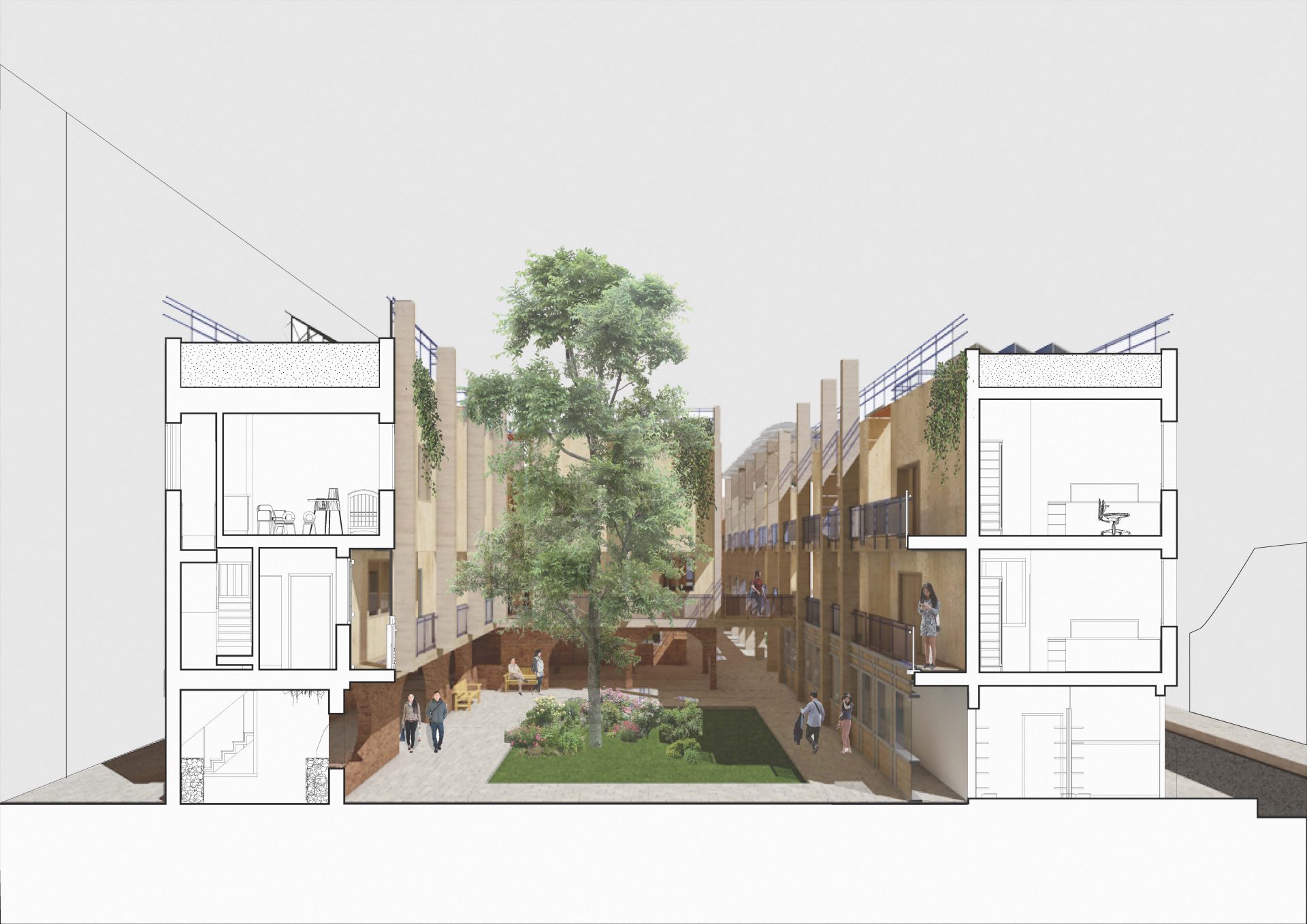 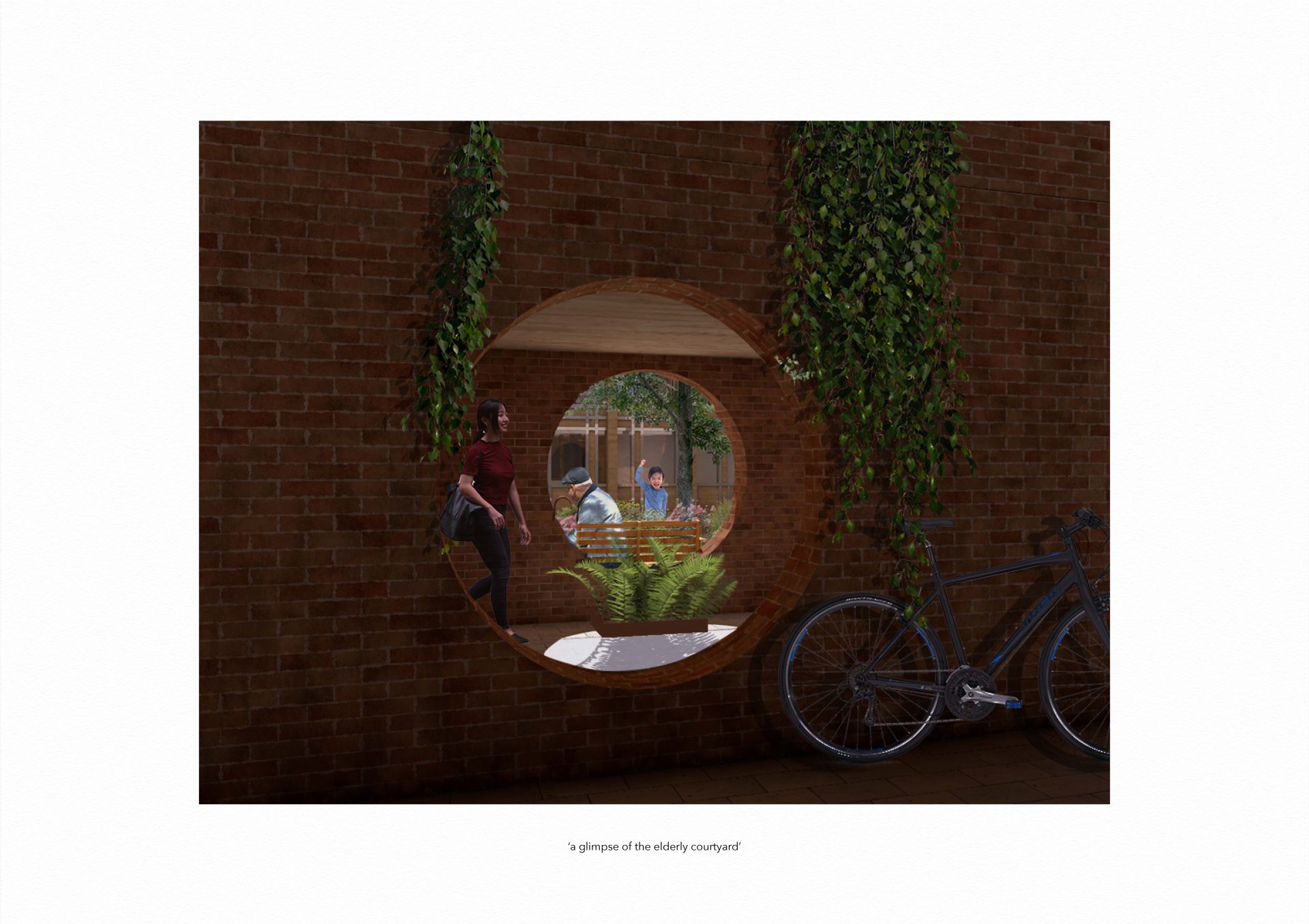 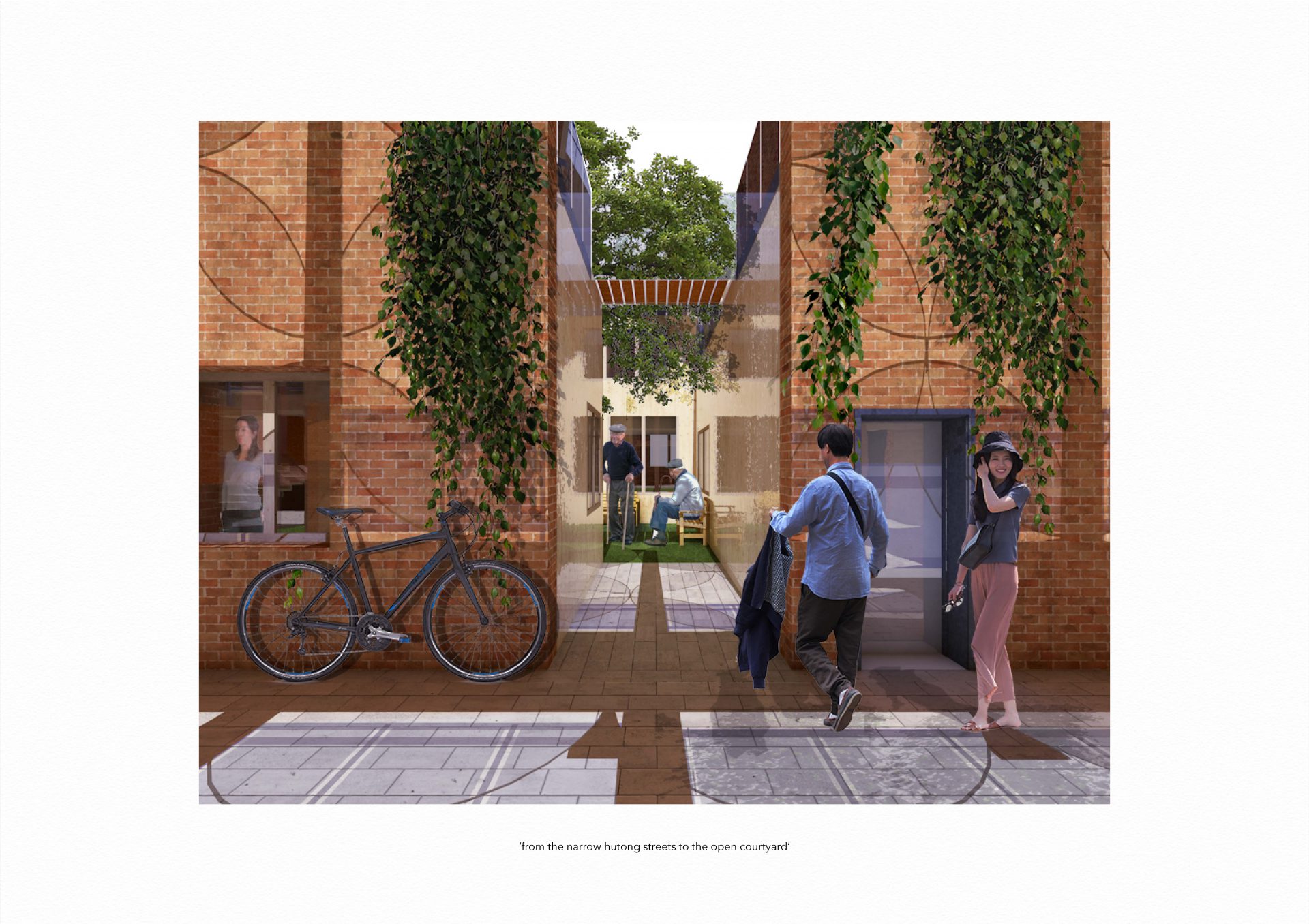 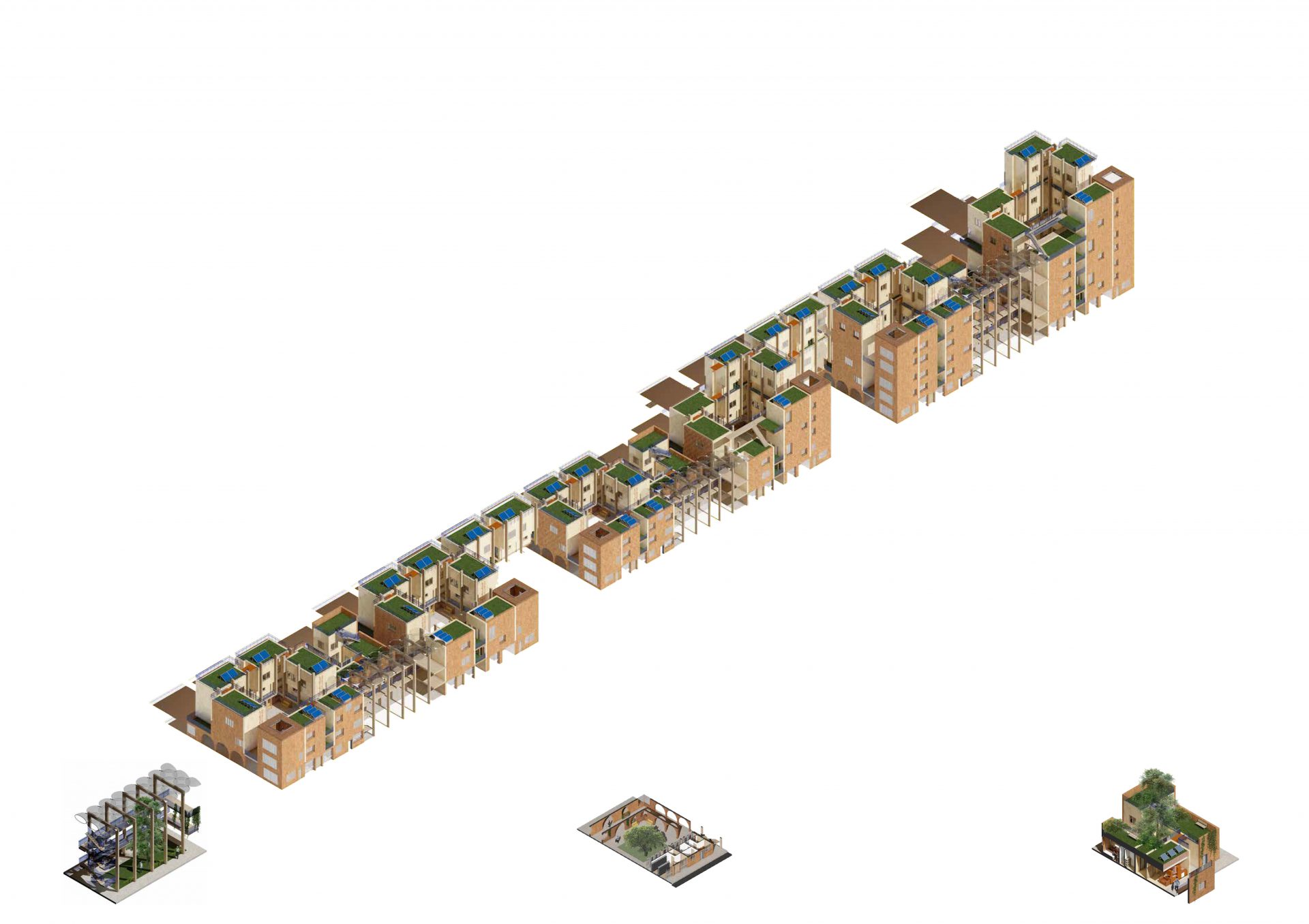 This project seeks to address the issue of mitigate the levels of privacy and create a diverse community and stitch together a fragmented urban environment through a multilevel perforated building which offers a range of courtyards through an intricate play with a shallow depth linear block. The proposal seeks to offer a transition through the broken street scape, at a community/building level it offers its neighbours open air spaces and shops. At a dwelling level it offers a variety of apartments for each typology of apartment created, whilst still creating a sense of community by bridging the topologies together both physically and conceptually. The site is in the Ping An Li area of Beijing, within the 2nd ring road and northwest of the Forbidden City, at the heart of the city. The site is a vacant parcel of land that straddles the boundary between a residential enclave of 5-6 storeys utilitarian housing blocks built in the 1980s, and a large area of traditional courtyard neighbourhoods (Hutong) surrounding a historic buddhist temple. The challenges of designing in this context from my perspective are mostly to due with dealing with a remote site with which I had no interaction with which compared to the London site was a lot harder, understanding the site through pictures and movies, and also the contrast in typologies north and south of the site. As such, the proposal will seek to unite the fractured urban scape by offering a transitorily urban proposal