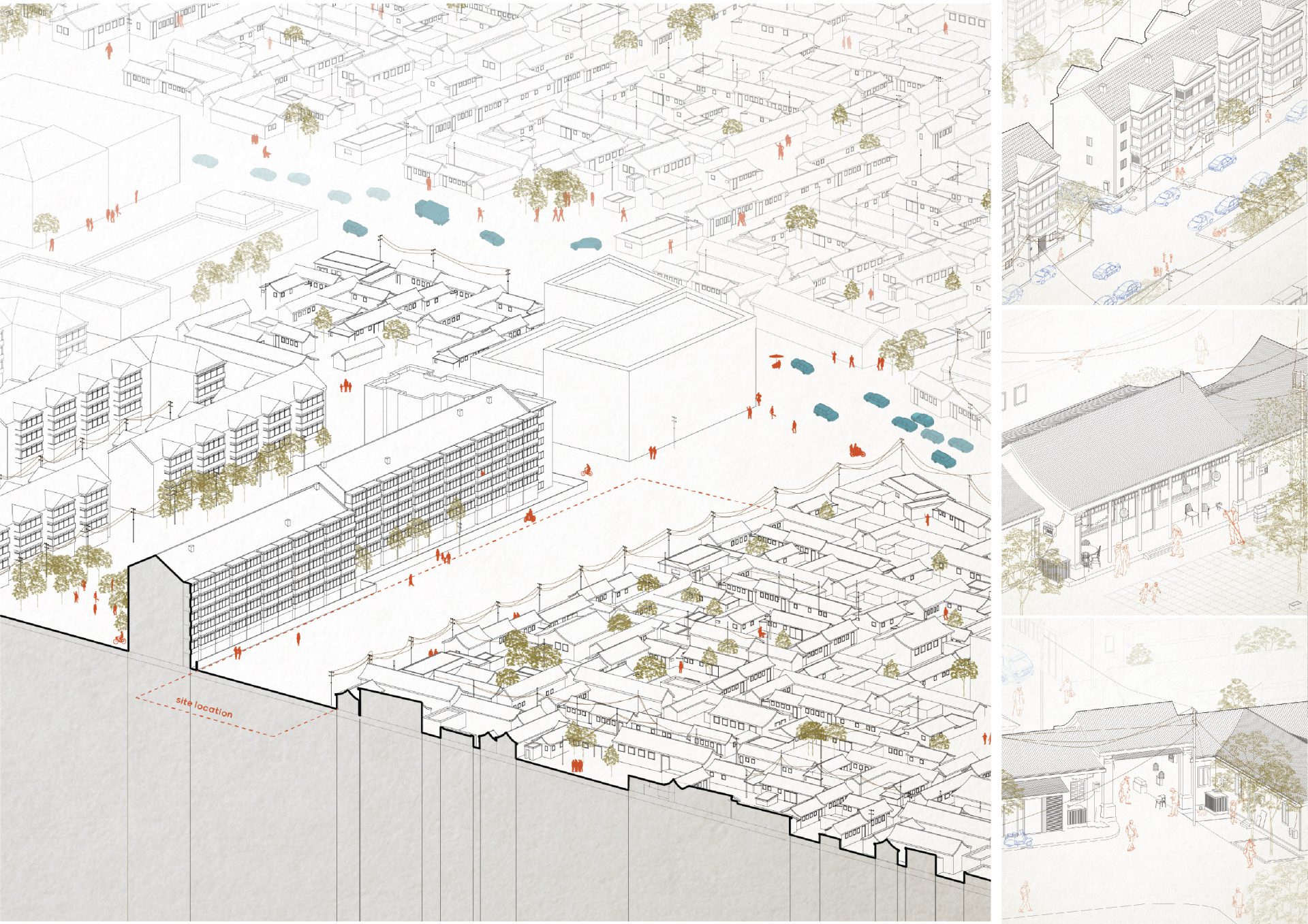 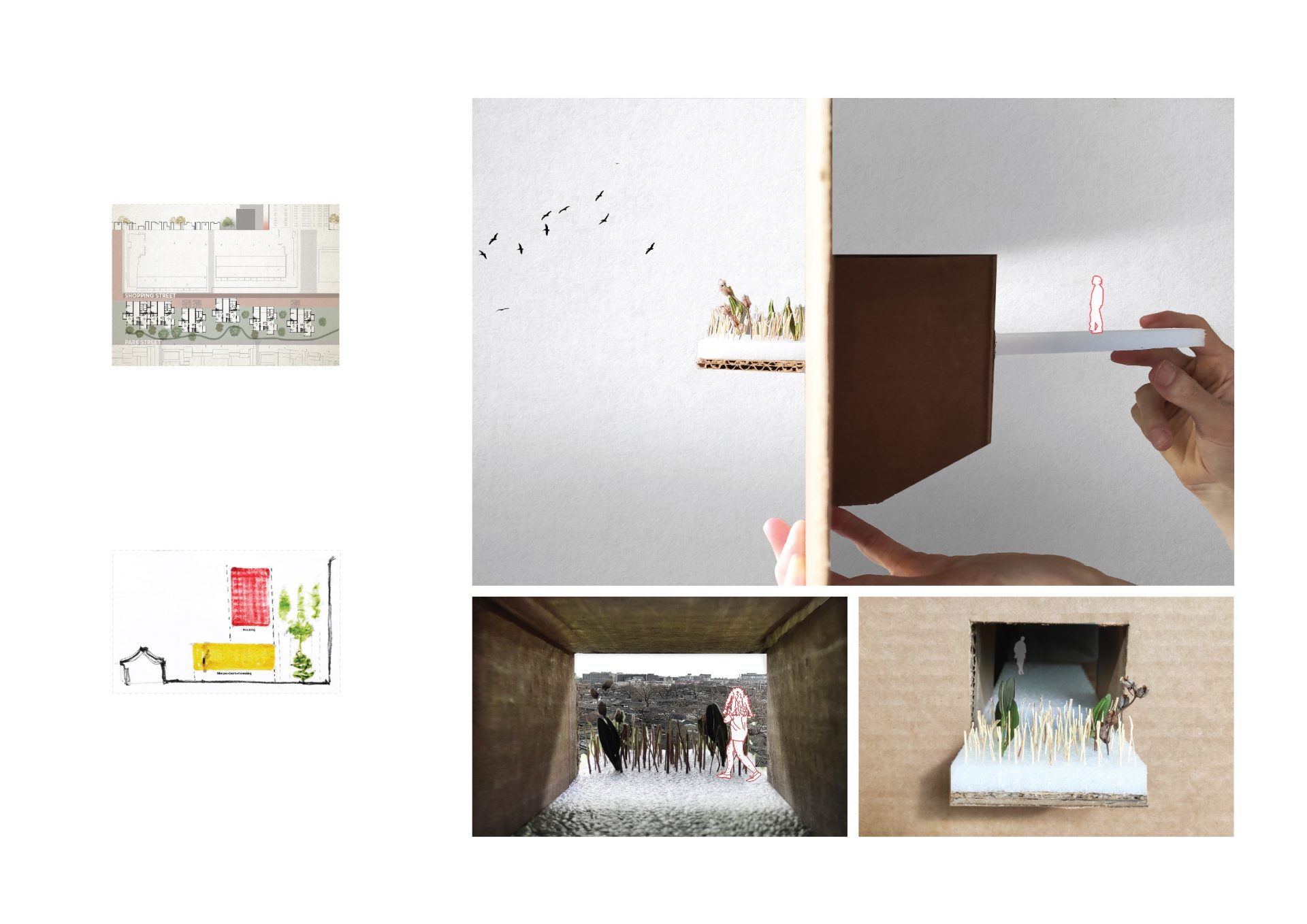 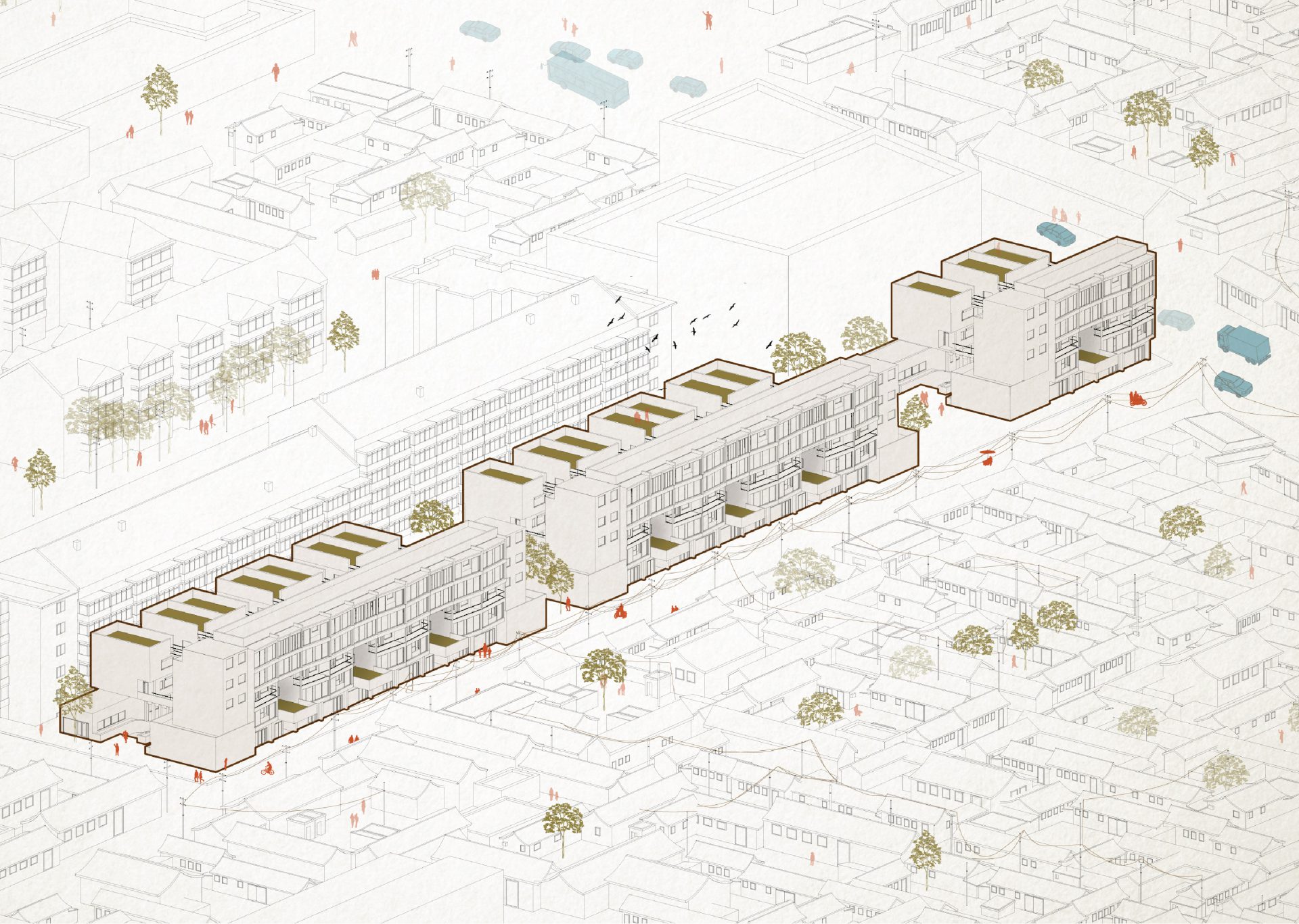 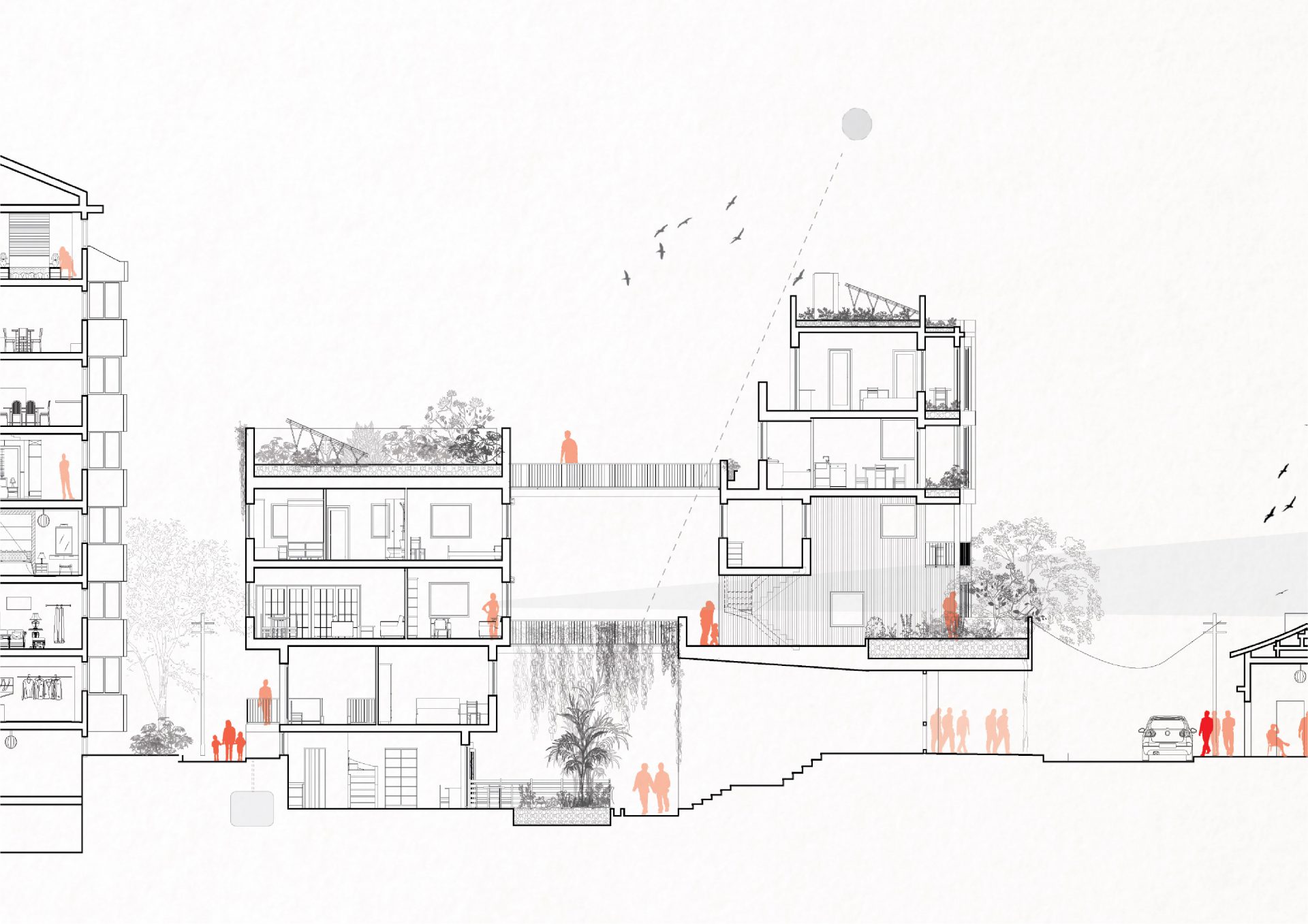 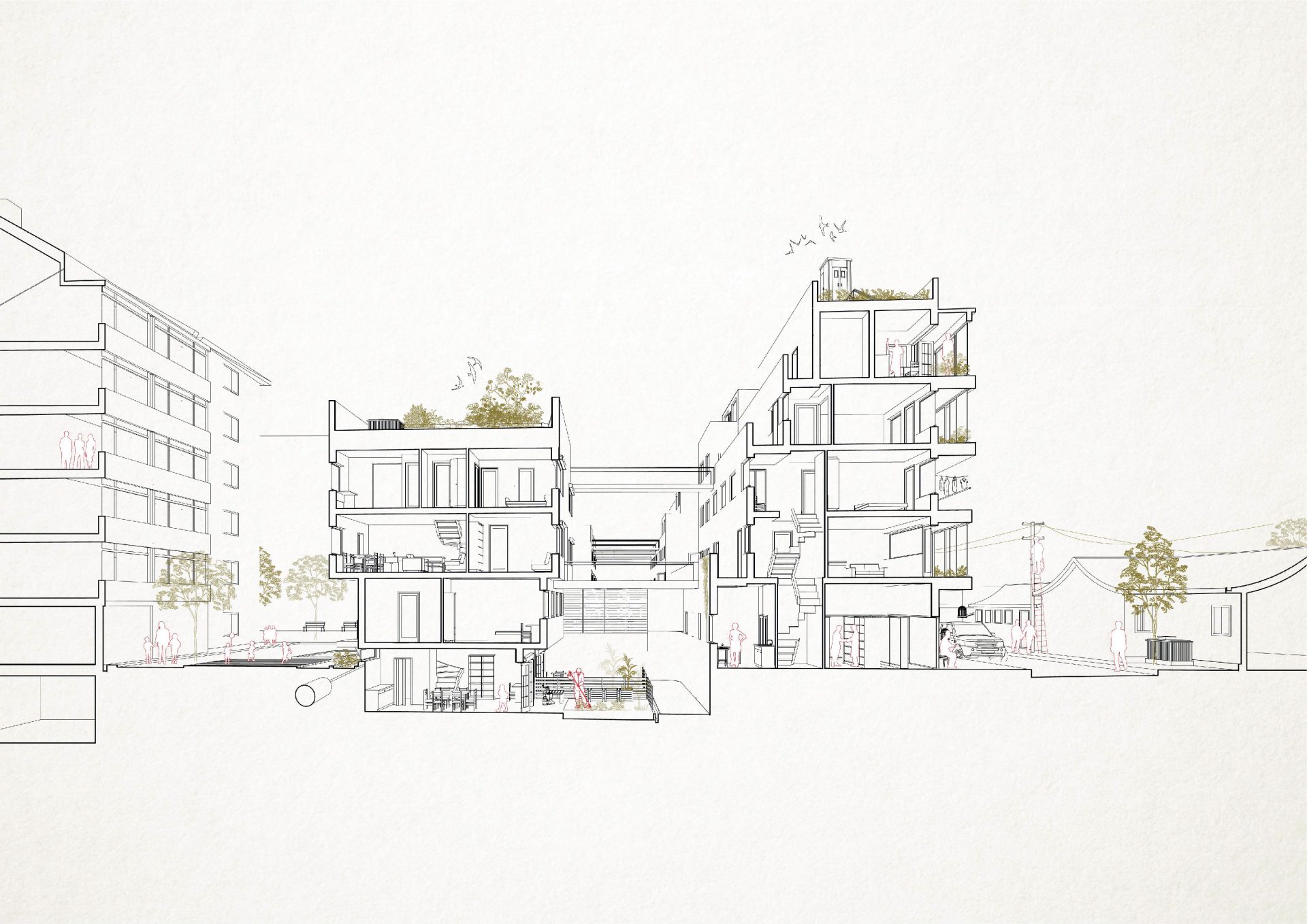 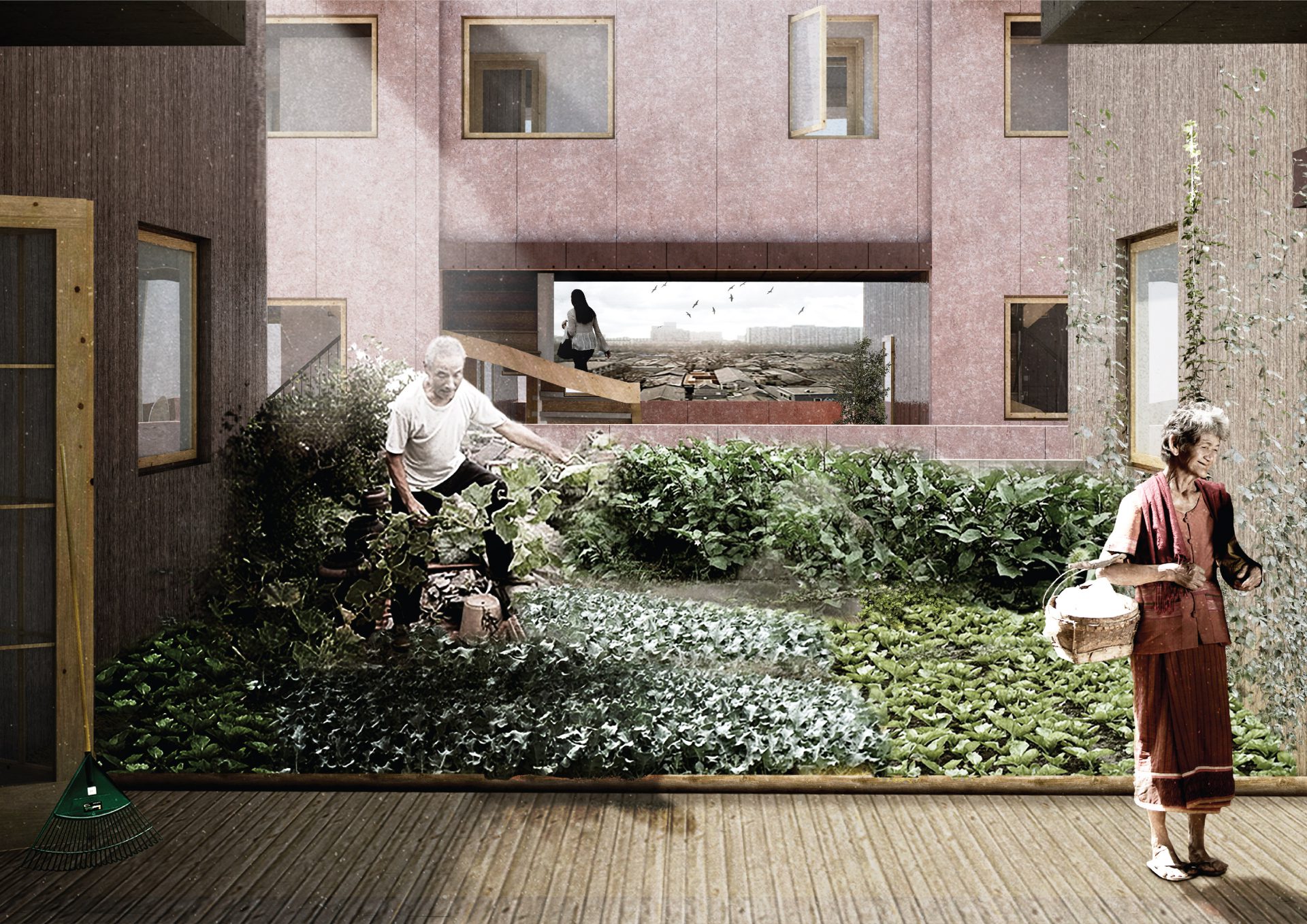 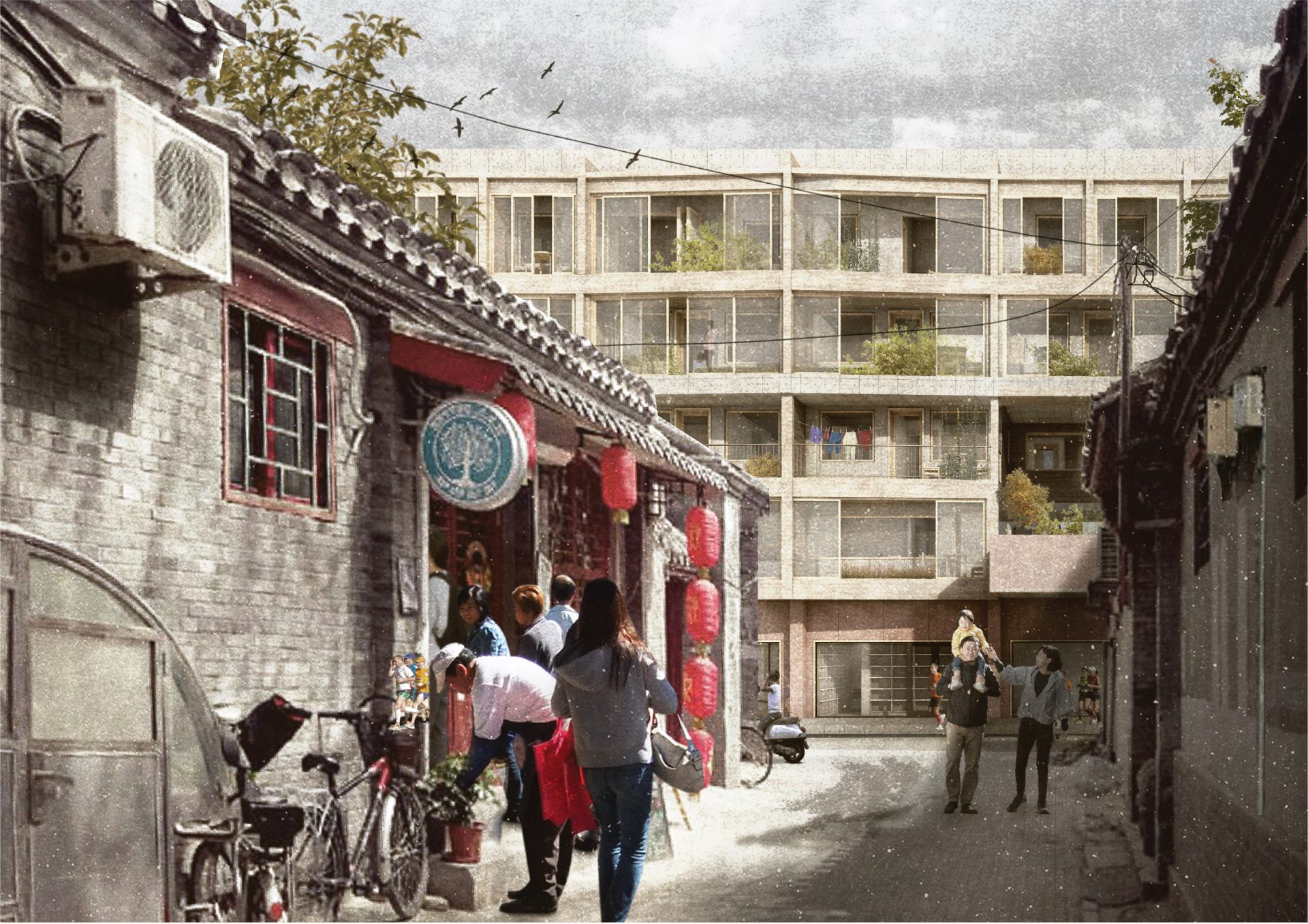 HOUSING FOR URBAN FARMERS IN BEIJING

The project is located in the Ping An Li area of Beijing, within the 2nd ring road and northwest of the Forbidden City, at the heart of the city. I aim to deliver a housing project for people who in the huge majority coming from rural areas of China, feel unwelcome in the massive & overwhelming city This building seeks to address the breakdown of man’s relationship with the productive nature embedded in the idea of living. It also aims to respond to the lack of natural areas in the highly urbanized city centre of Beijing. Programatically, the proposal imagines a new narrative of inhabitation where different types of migrants, coming to Beijing to start their life, can finally have a place in Bejing to which they would feel connected. I respond to that problem by creating urban farming housing, a series of overlapping flats, gardens and allotments. The proposal aims to be the first mass housing scheme in the city where residents and the local community can cultivate their own gardens to produce food, relax or socialize with other citizens.