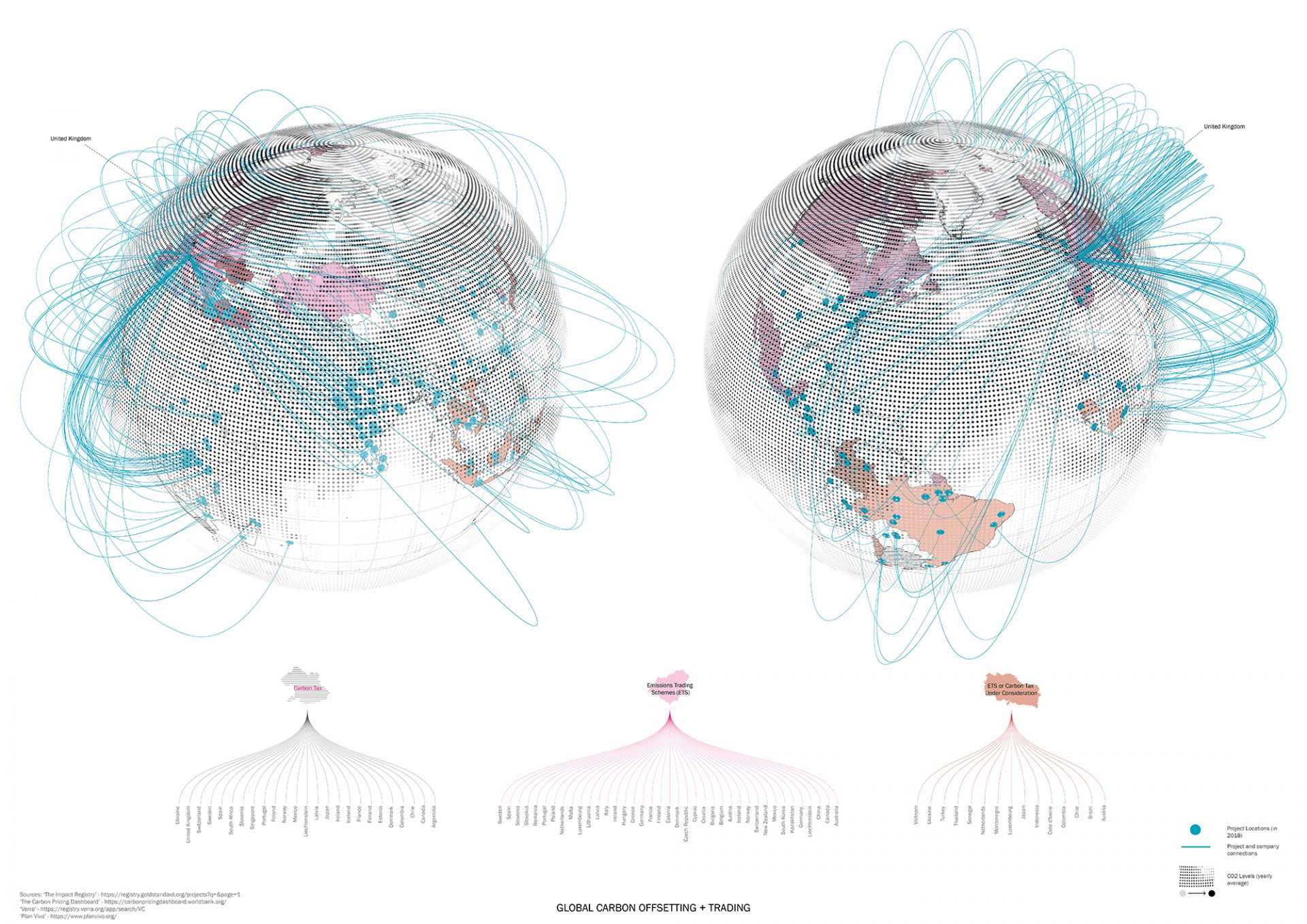 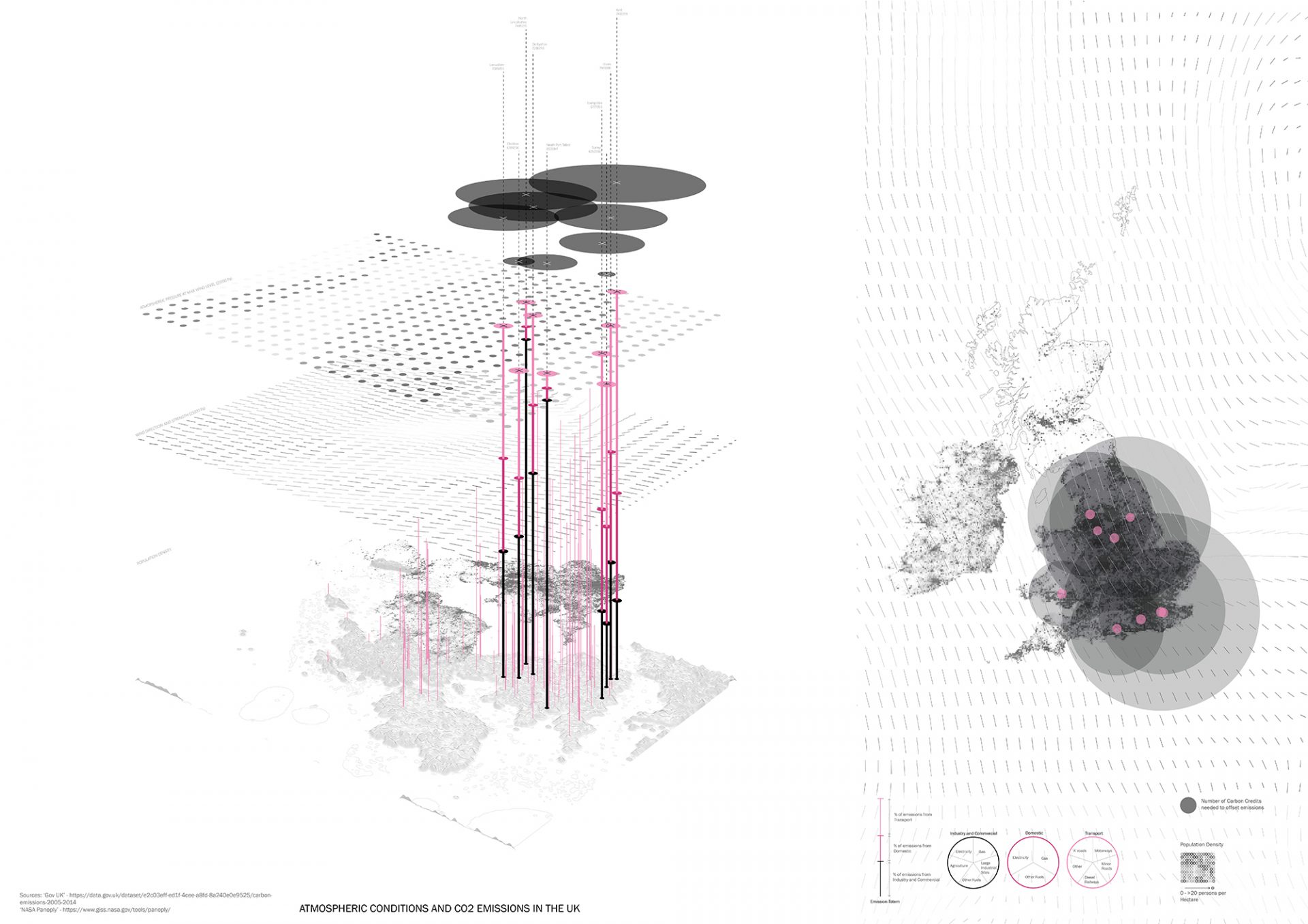 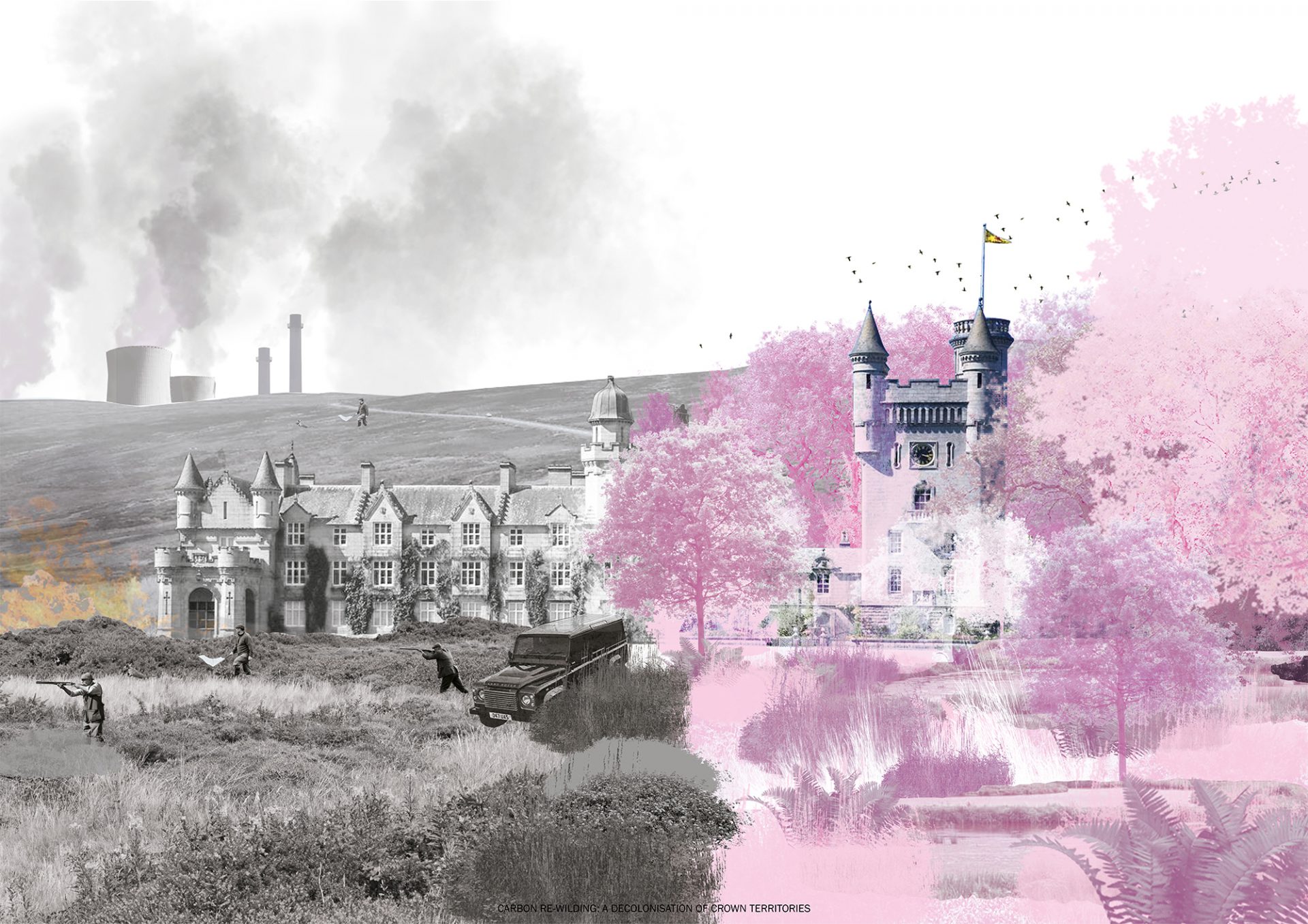 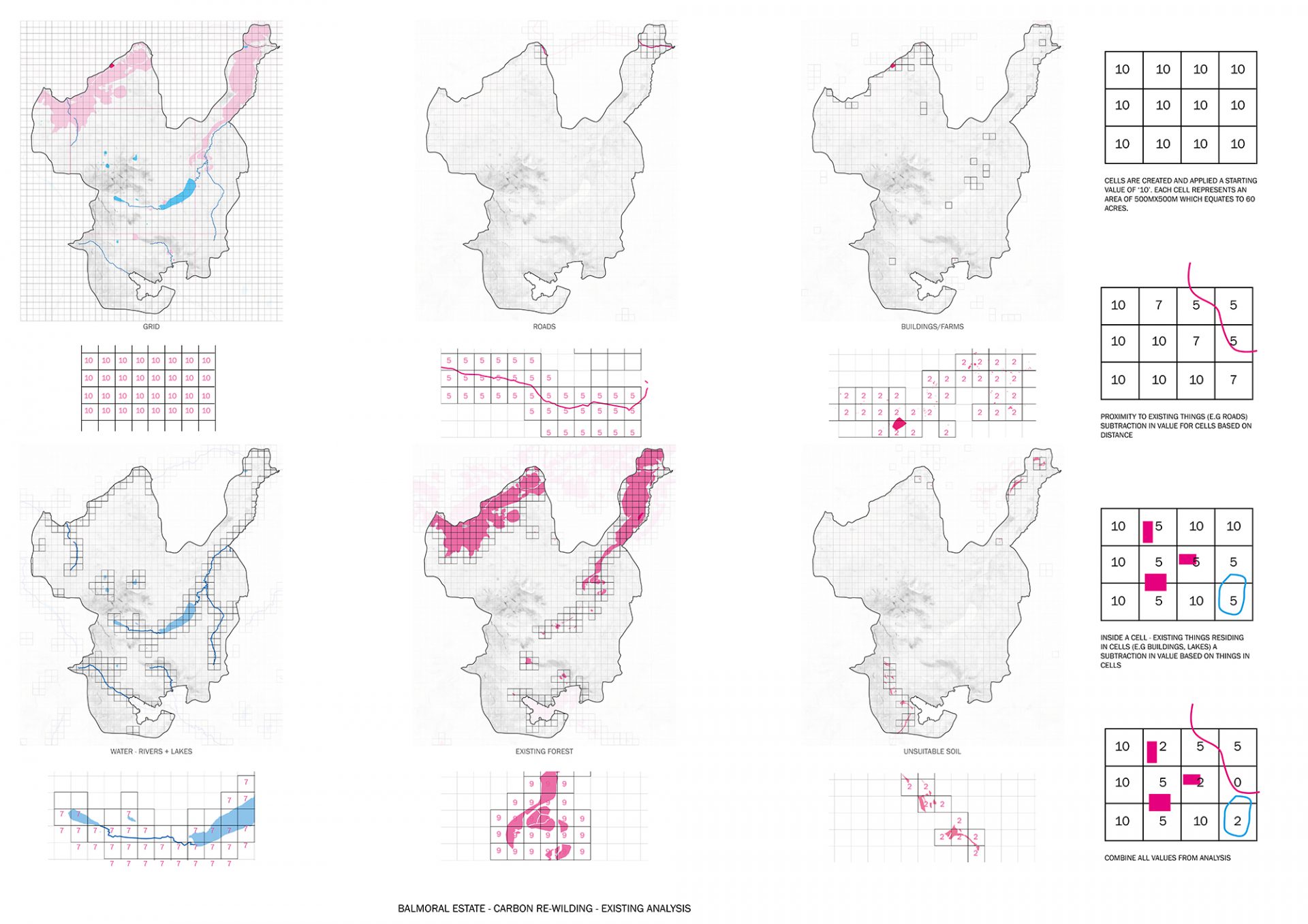 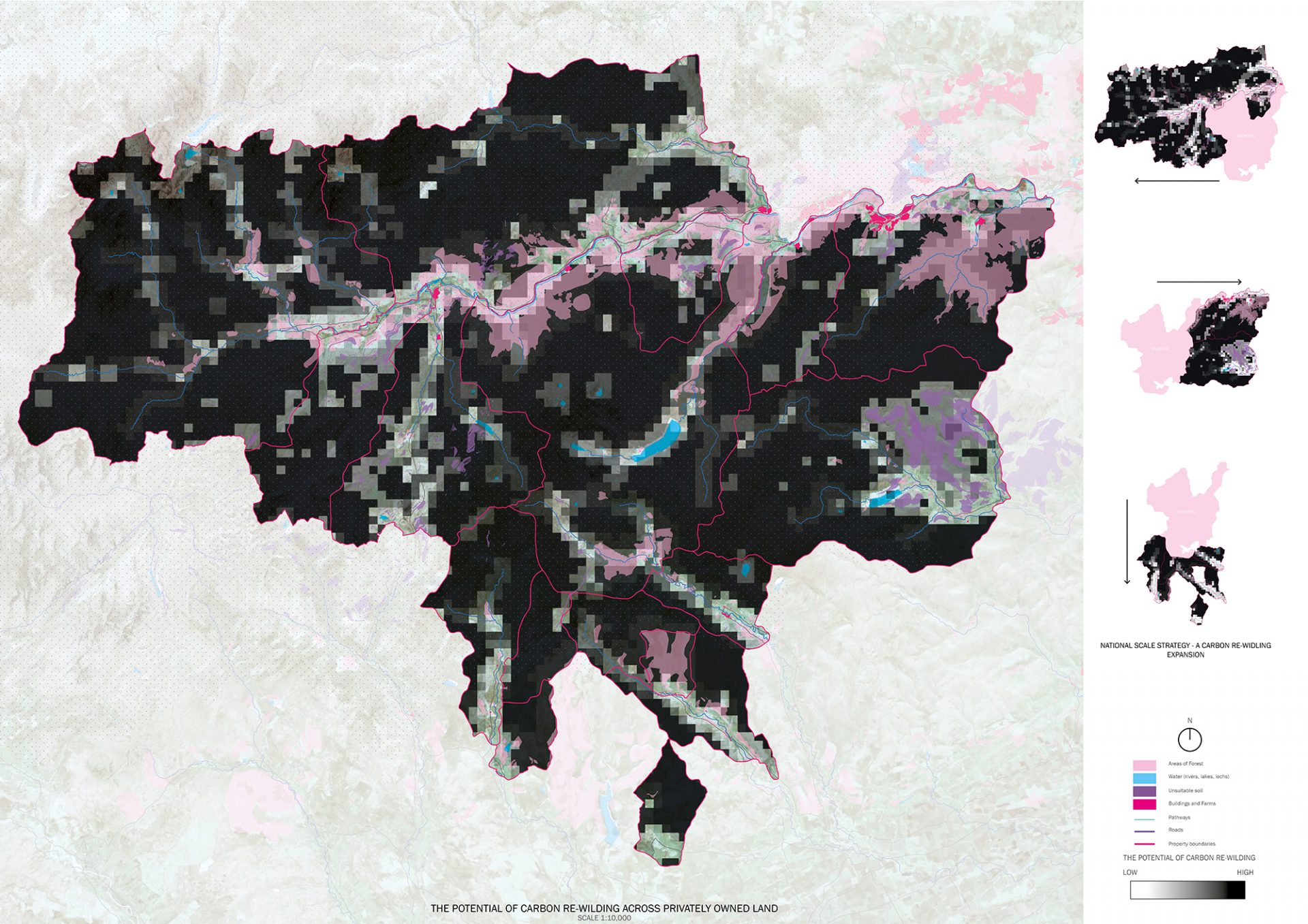 The potential of Carbon Re-wilding across privately owned land 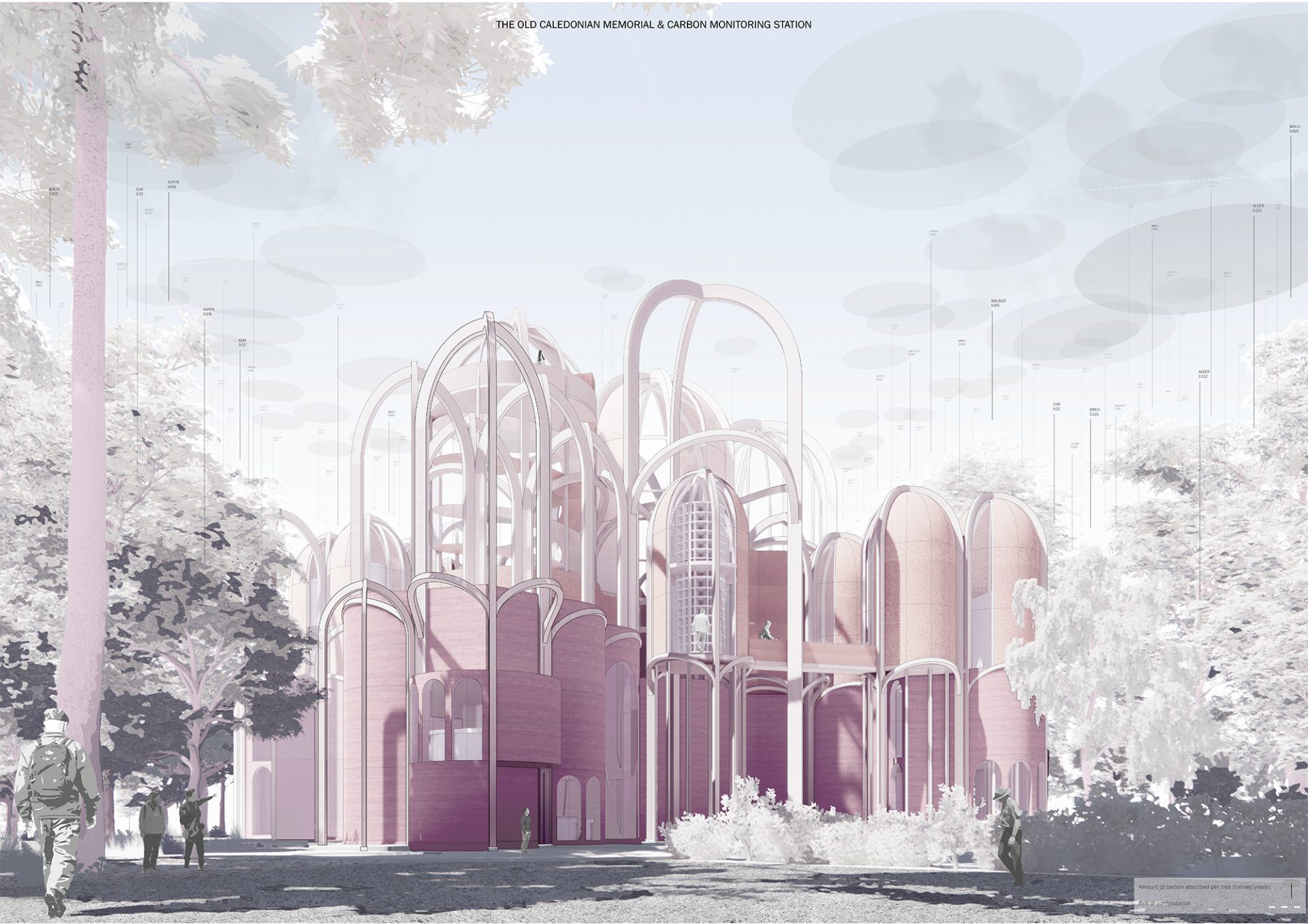 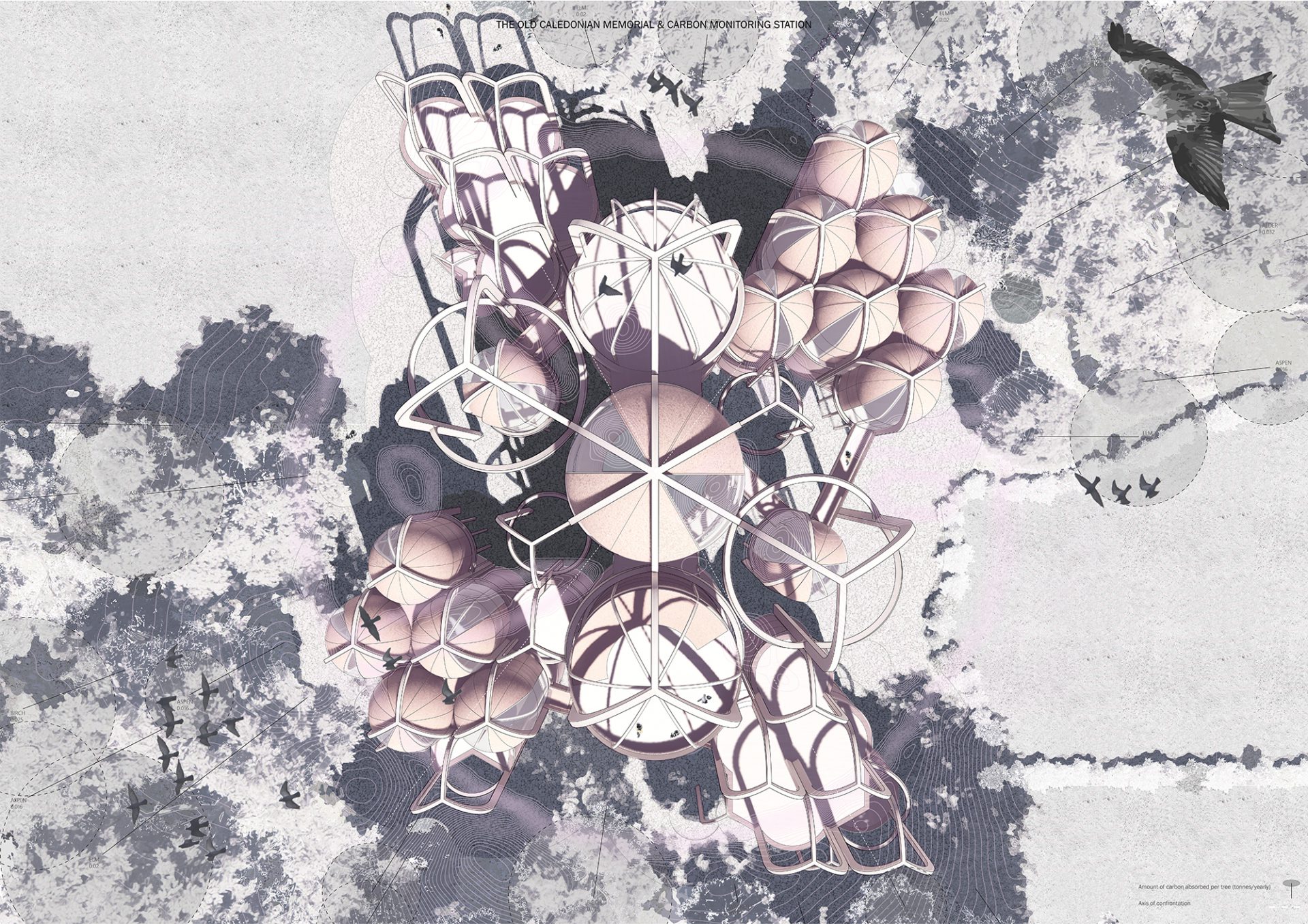 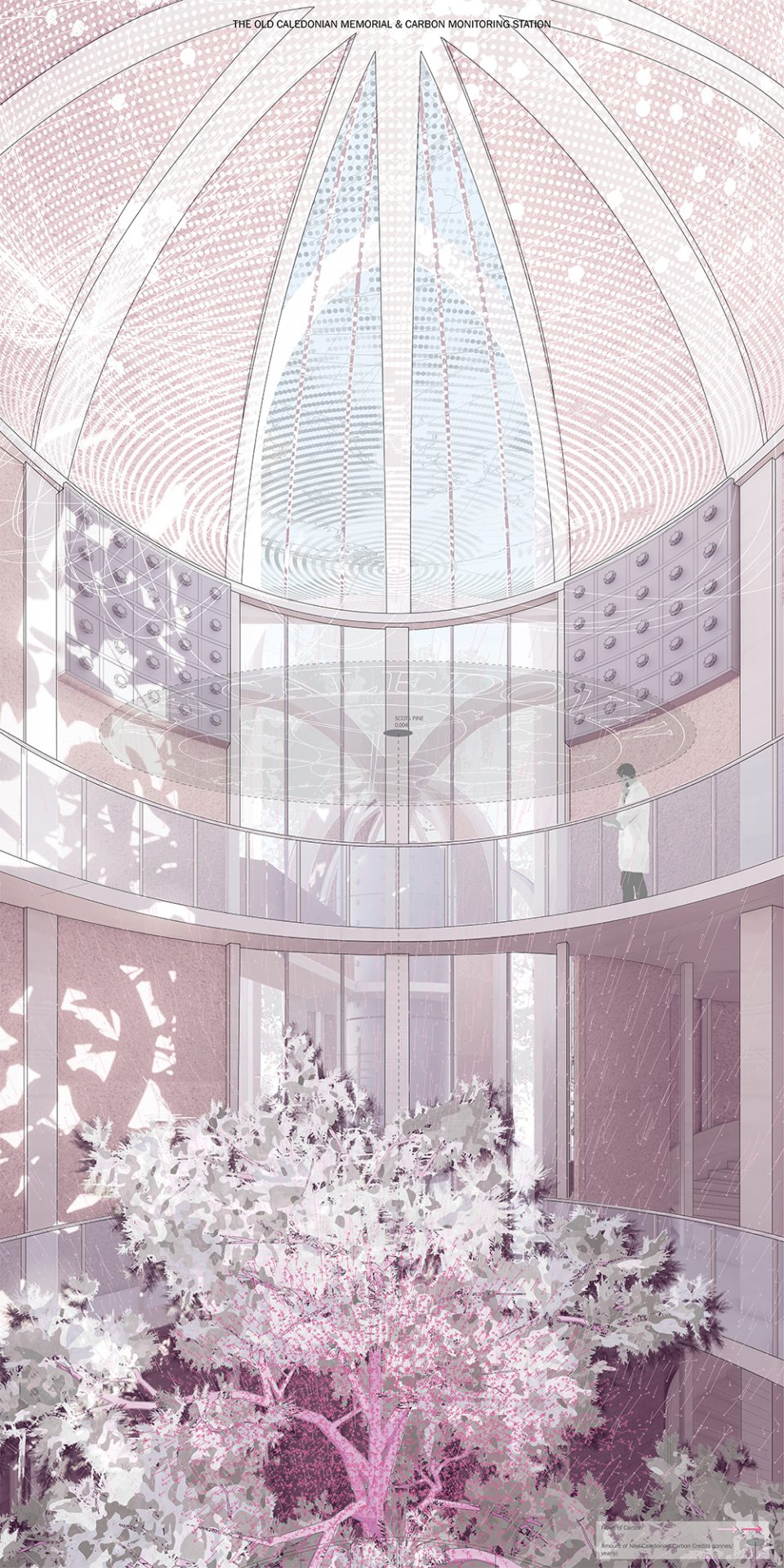 The Global North, and the richest 1% of the population, cause double the CO2 emissions of the poorest countries in the Global South (Oxfam). Within this anthropogenic carbon system, the ‘Carbon Credit’ is a market fabrication tool giving those who can afford it, the right to emit. Offsetting schemes and trading provide a contradictory loop of potentially never ending emissions in the Global North; where there is an enormous local deficit of carbon. The UK government’s agenda is to capture up to 10 million tonnes of carbon a year from 2023, only 2.7% of the total carbon emissions from 2018. This framing drives my research and proposal of the Carbon Re-wilding Revolution; a decolonisation lead process of converting contentious territories owned by the Crown Estate (800,000 acres) and other privately owned land into land for carbon capture and natural regeneration. The Old Caledonian Memorial & Carbon Monitoring Station sits at the centre of the re-wilded landscape of the Crown’s largest estate, Balmoral. The architecture promotes a symbolic gesture to the vulnerable, prehistoric ‘Old Caledonian’ forest of Scotland as well as various wood facilities that record, monitor, preserve and promote the optimum tree species, based on their carbon absorption abilities.