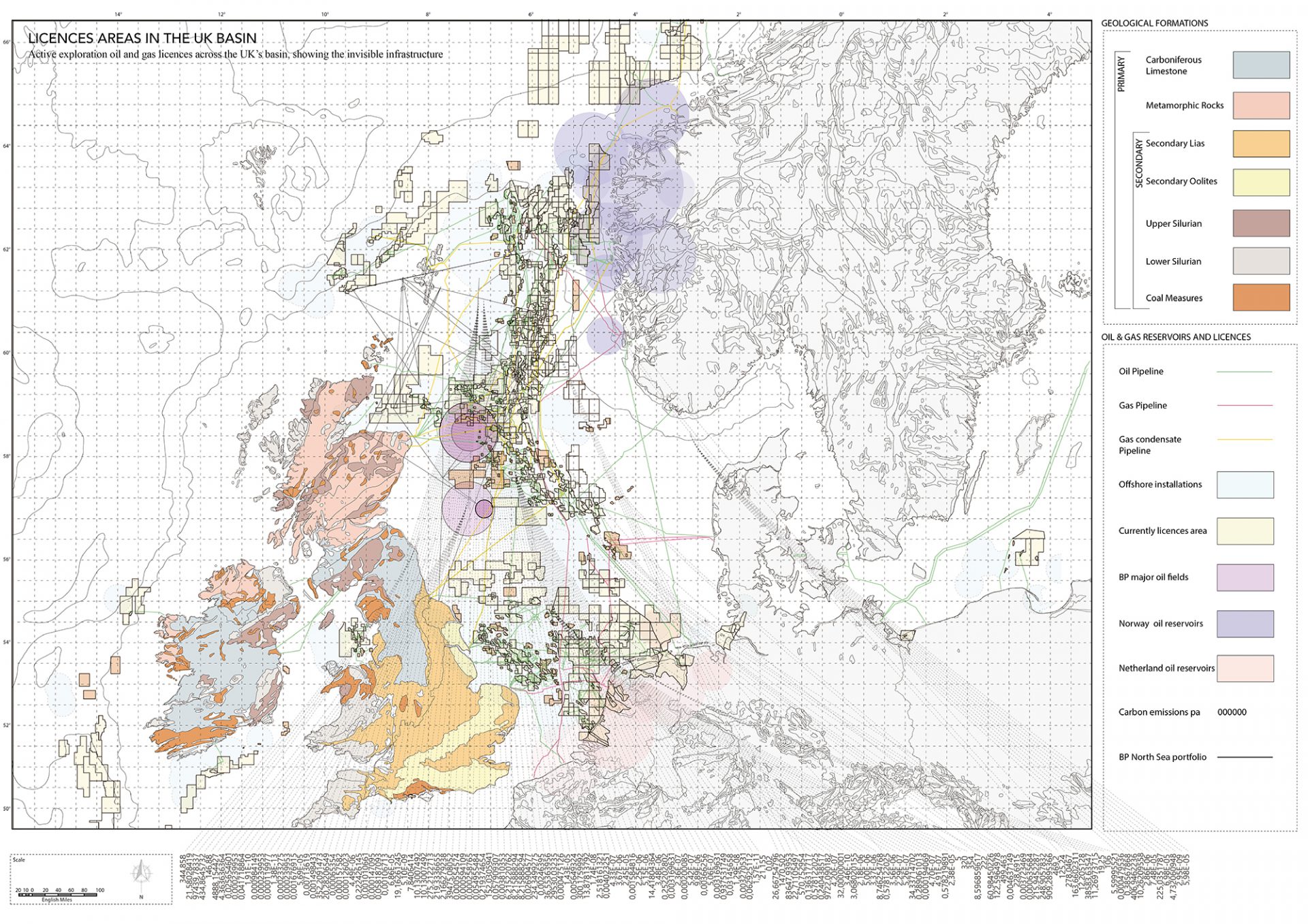 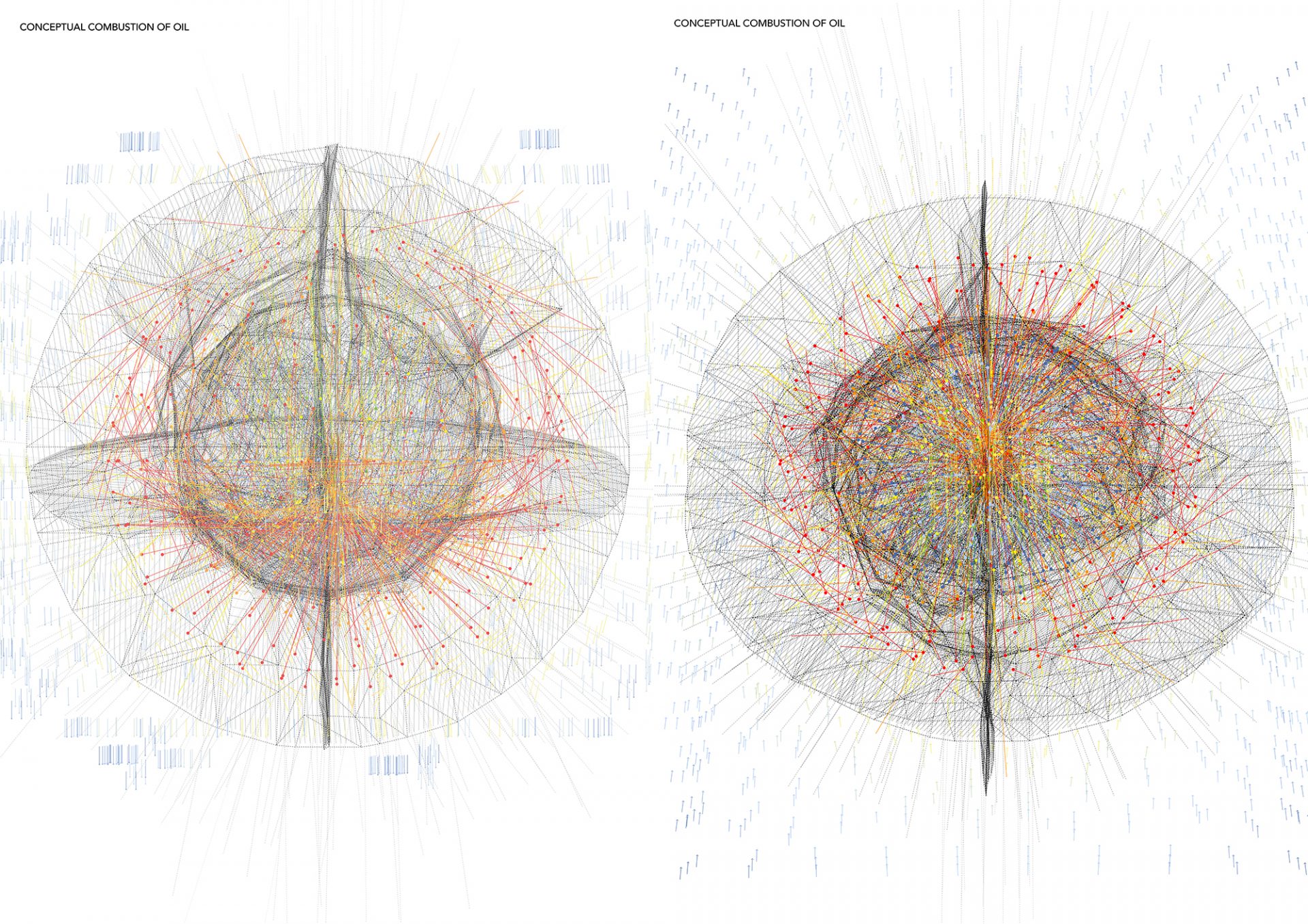 Combustion Simulation of a single drop of petroleum 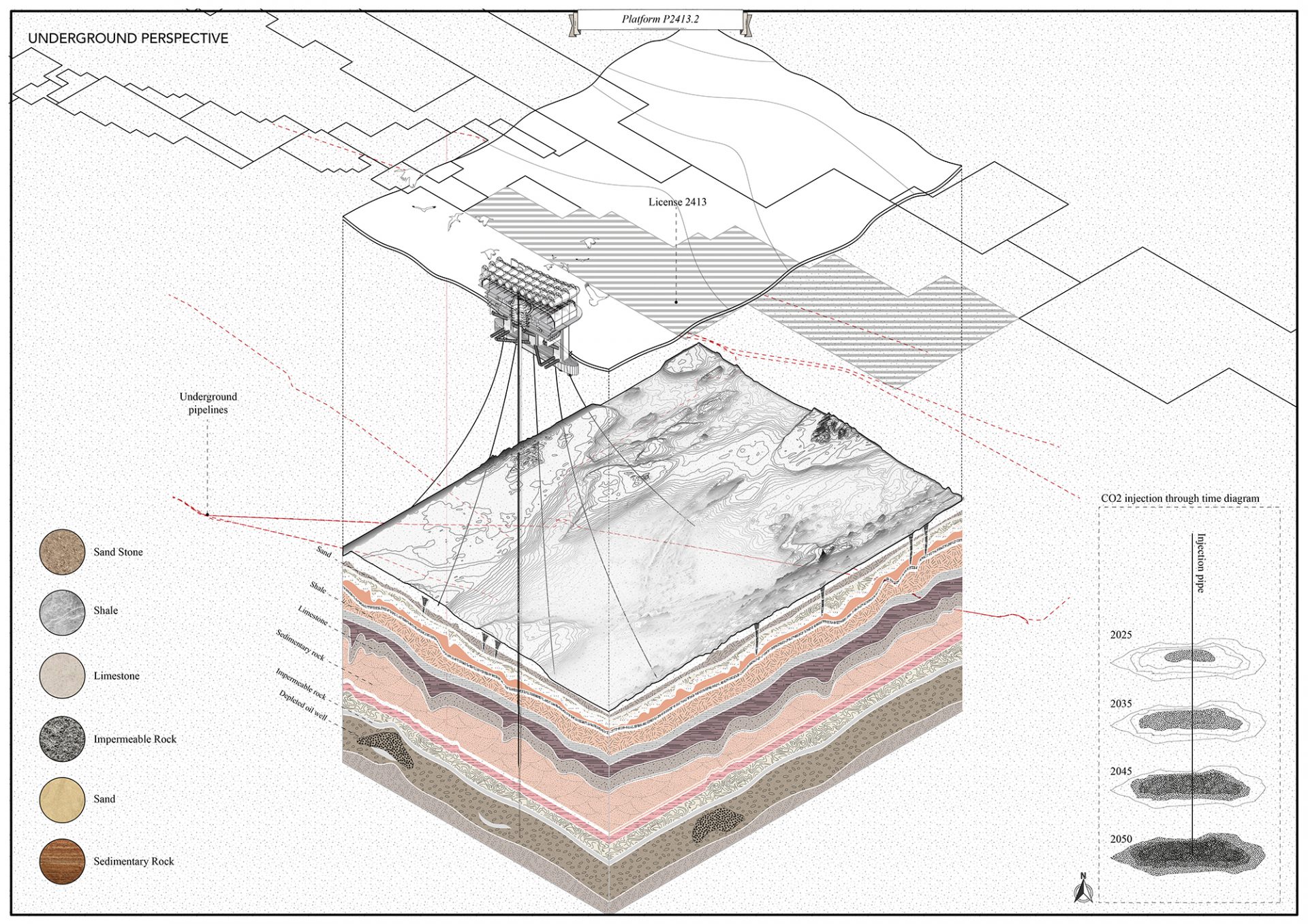 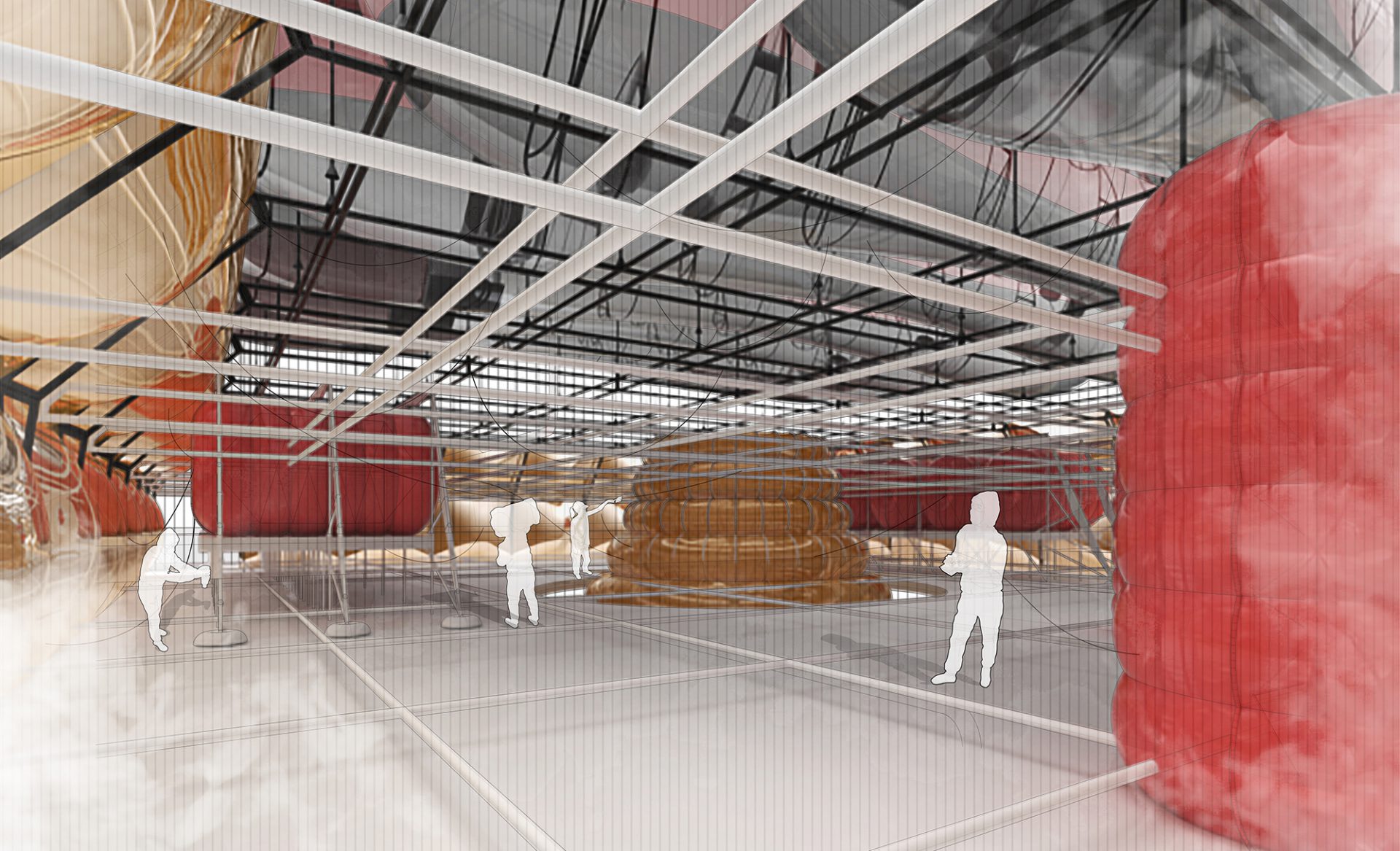 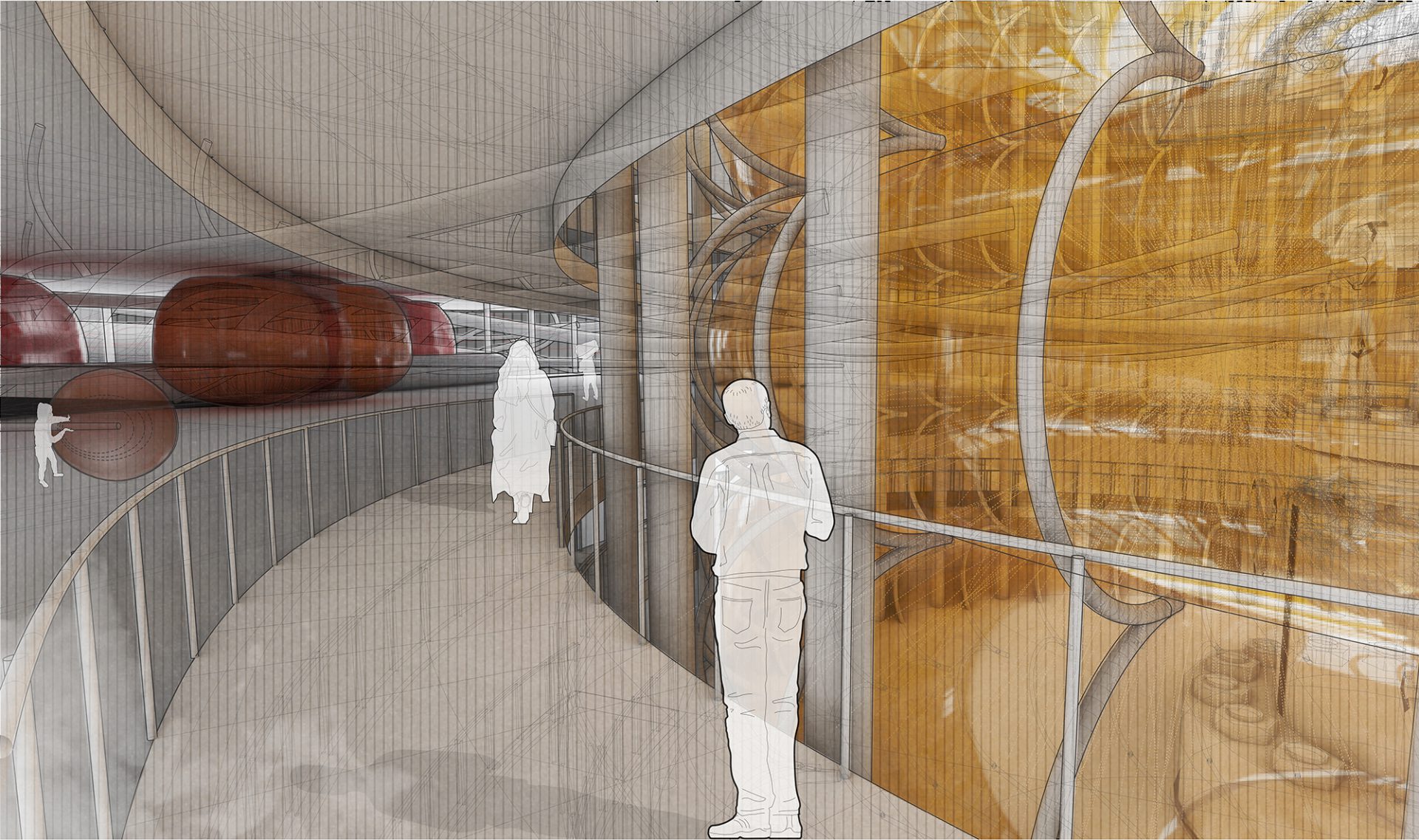 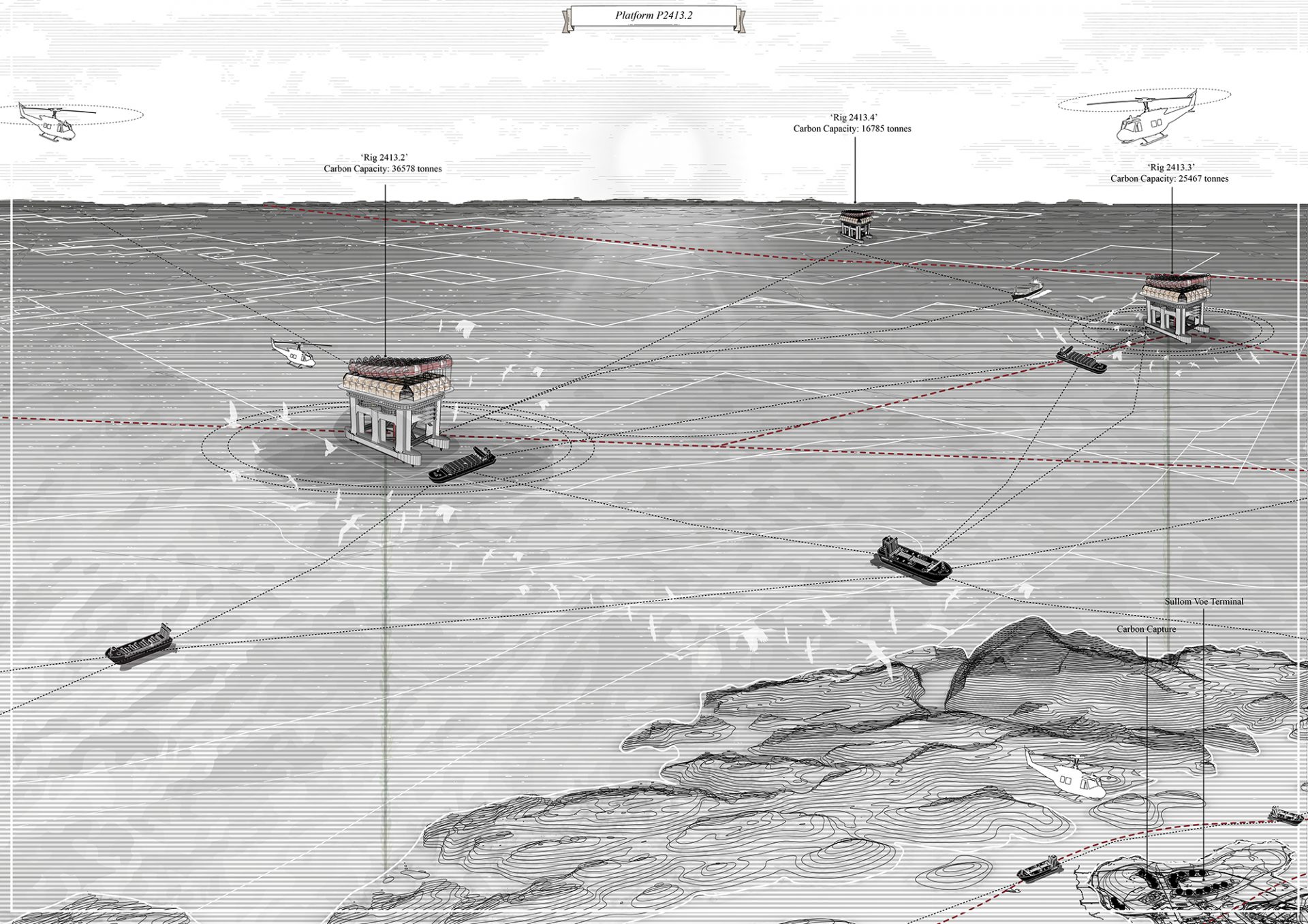 Overall view of CCS in time 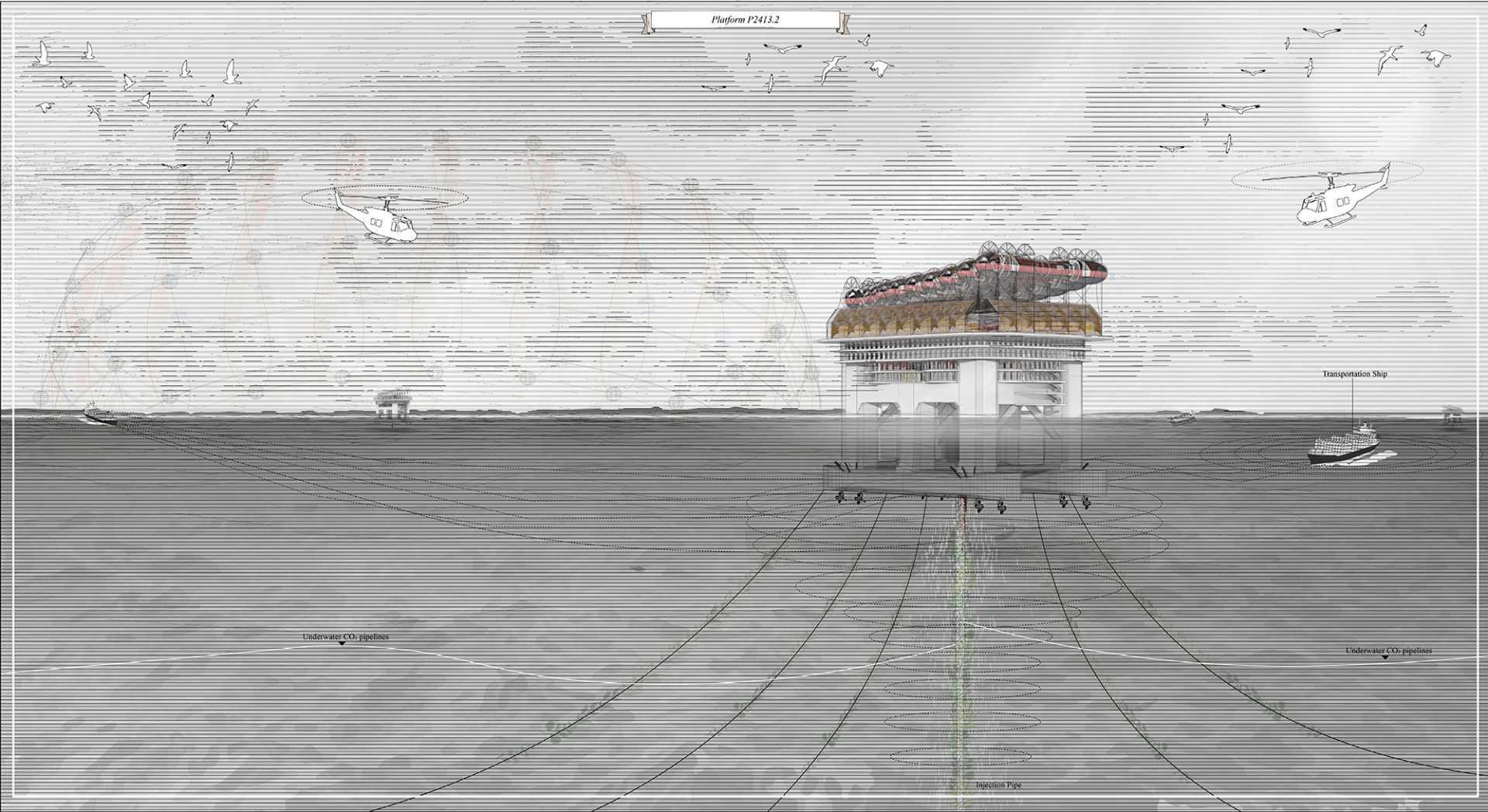 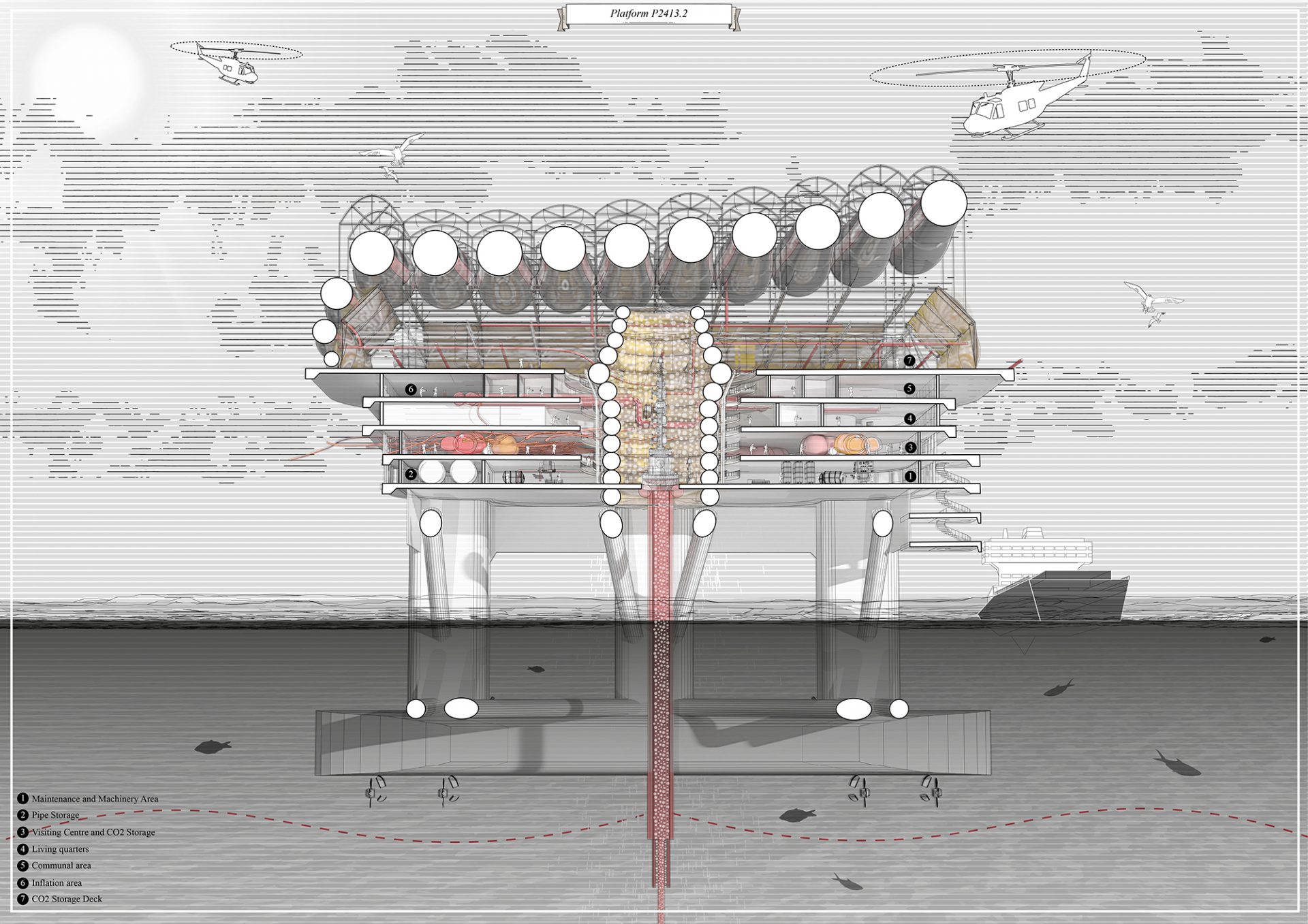 As climate change is reaching our doors, as part of the studio brief, I developed the idea of transforming the oil platforms, symbol of our burning of fossil fuels and the major cause of atmospheric pollution, into a clean technology. Oil platforms can be reversed and transformed into carbon capture and storage facilities. The captured carbon from the air is re-injected into the ground, in the same well from which oil had been extracted in the past. The architectural design will focus into breaking the boundaries between the industry and the public, opening up the possibility to travel offshore and experience the technology of carbon capture and storage. It will use inflatable technologies to store carbon and to harvest solar power to sustain the energy intake of the injecting process. The inflatable architecture is inspired by the shape of the depleted oil well, which acts as a sealer, not letting anything out. Inflatables act in the same way, they are filled with gas or air and sealed closed. Inflatables are also easily transported on site and easy to build, meaning that they can be dismantled easily once the oil field has reached its maximum capacity. The name Platform P2413.2 is ispired by the number of the licencing West of Shetland owned by BP. 2413 is the number of Clair Ridge's Platform, one of the last licences purchased by BP, showing their lack of interest in stopping fossil fuel burning and oil extraction.