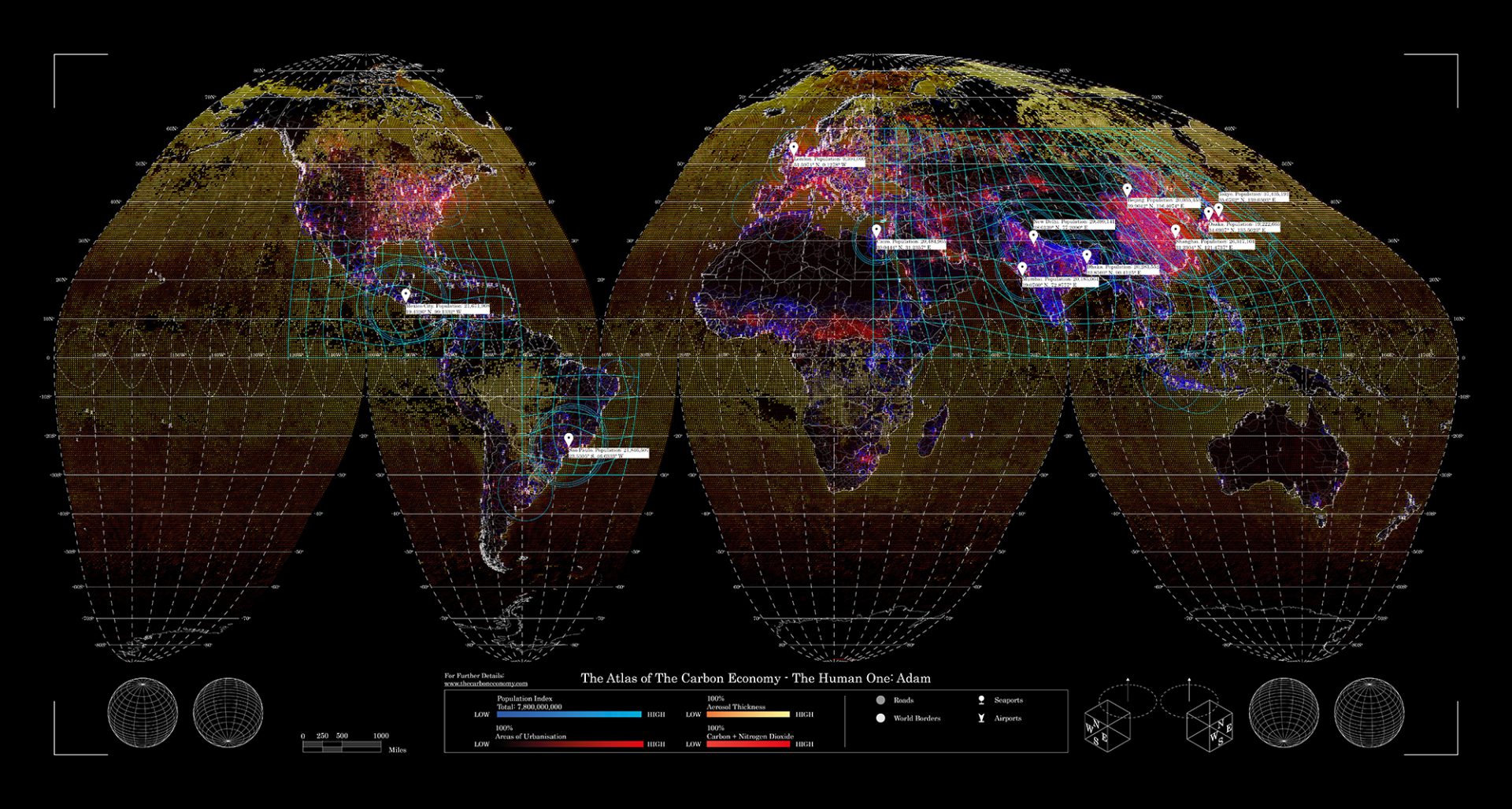 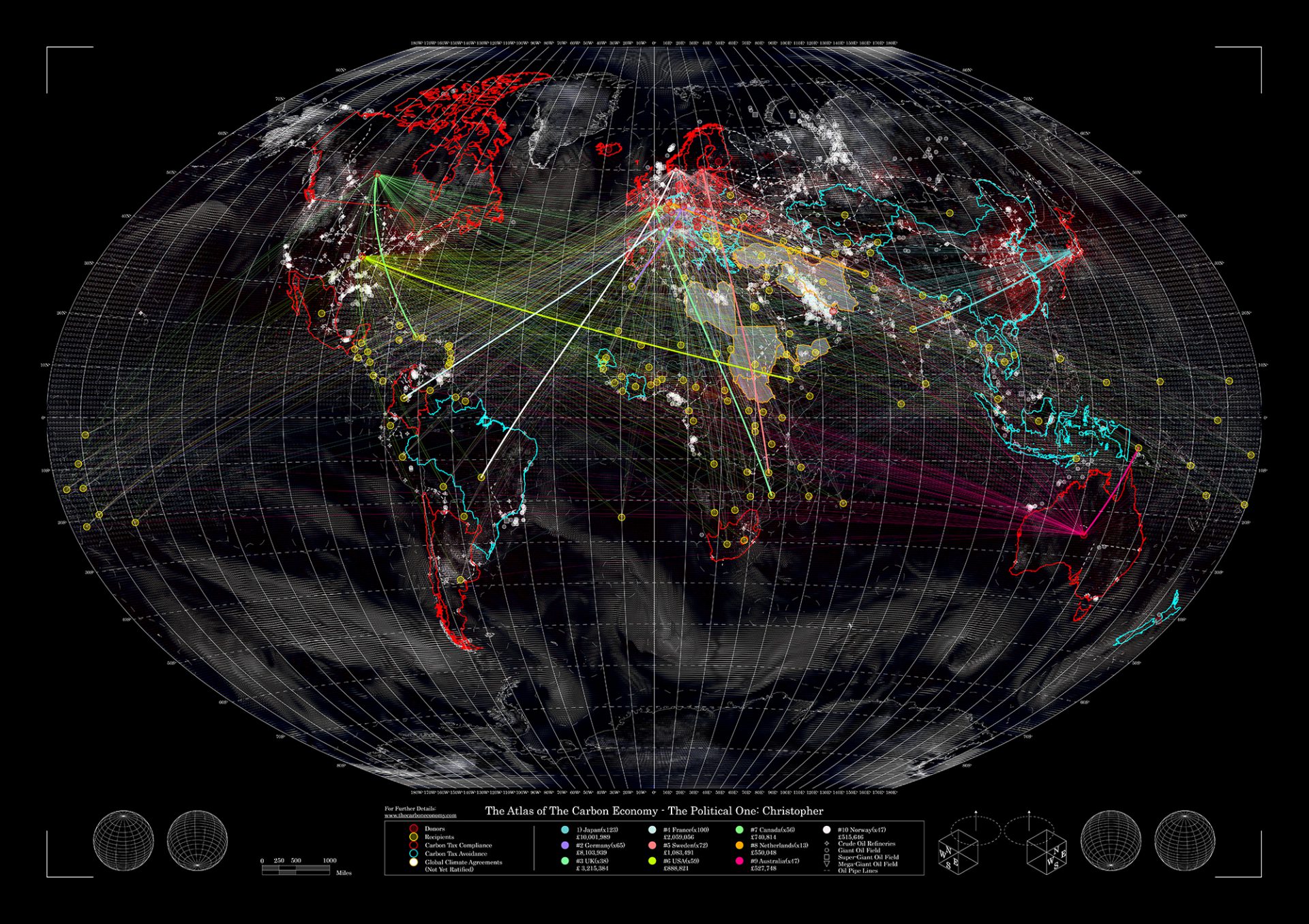 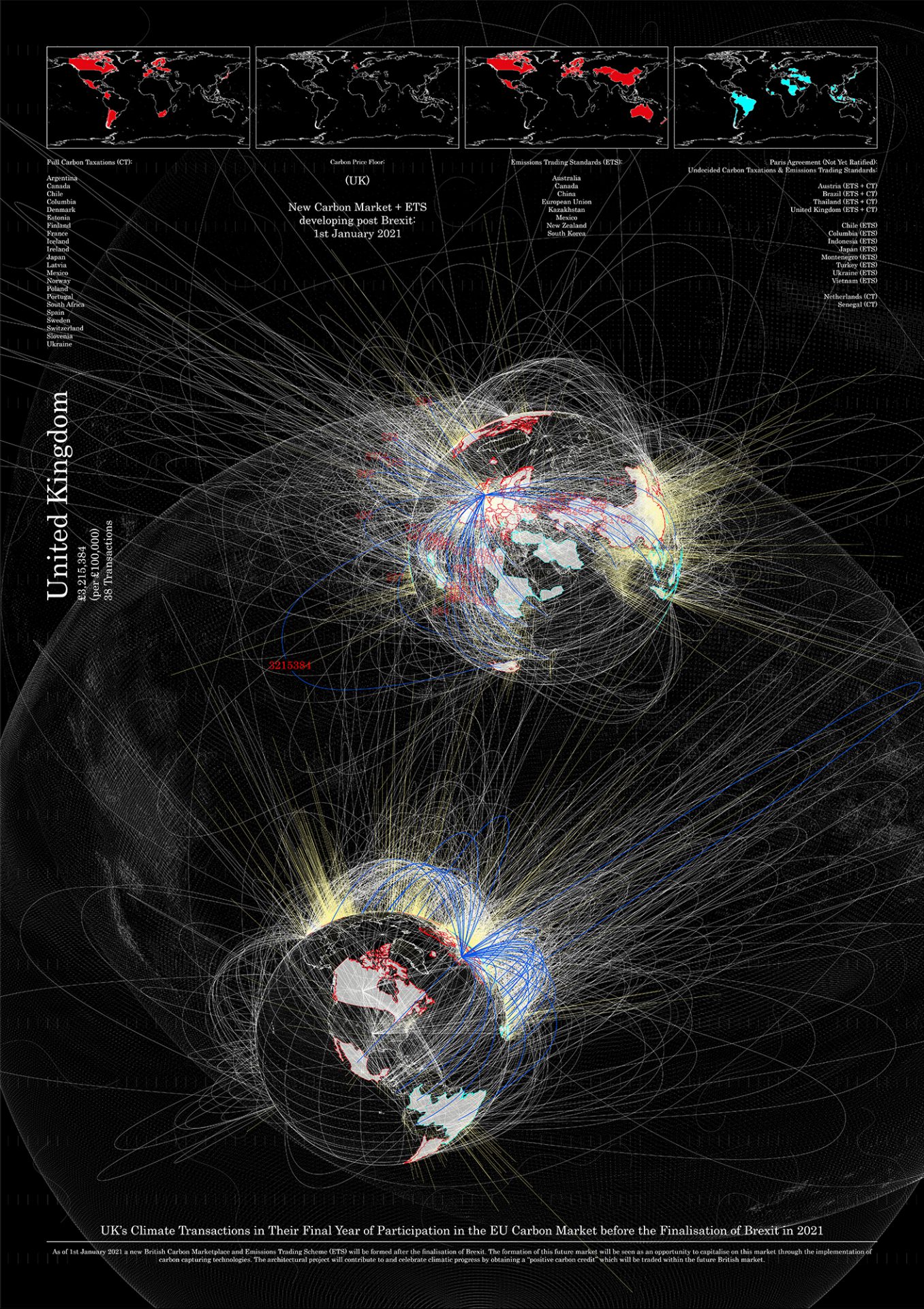 THE ATLAS OF THE CARBON ECONOMY: LUCY'S MINING THE SKY FOR DIAMONDS

Carbon Offsetting' is defined as; if a carbon intensive country exceeds their emissions targets, they can simply offset their annual carbon footprint by purchasing ‘Carbon Credits’ from a country which has not yet met its emissions quota. The project aims to analyse and critique current climate mitigation strategies. This system has monetised the subject of climate change into another economic model which can be controlled by power and wealth in a disregard of environmental value. Carbon as an entity within the subject of climate change has become commodified and embroiled in the economies of world politics; following consumerist mindset that got us here. In 2020 alone, 47.8 billion tons of CO2 was released into the atmosphere. 15.77 billion tonnes was absorbed the forests and 10.52 billion tonnes was absorbed by the ocean, totalling 26.29 billion tonnes absorbed by the planets natural carbon sinks. This leaves 21.52 billion tonnes or a 45% deficit of excess CO2 left in the atmosphere in 2020 alone. Cartographies were developed to support a theoretical architecture project which aims to strategize a technological carbon capture, storage, finance, research and usage infrastructure based on the Isle of Man, which to tackle this 45% deficit of CO2.