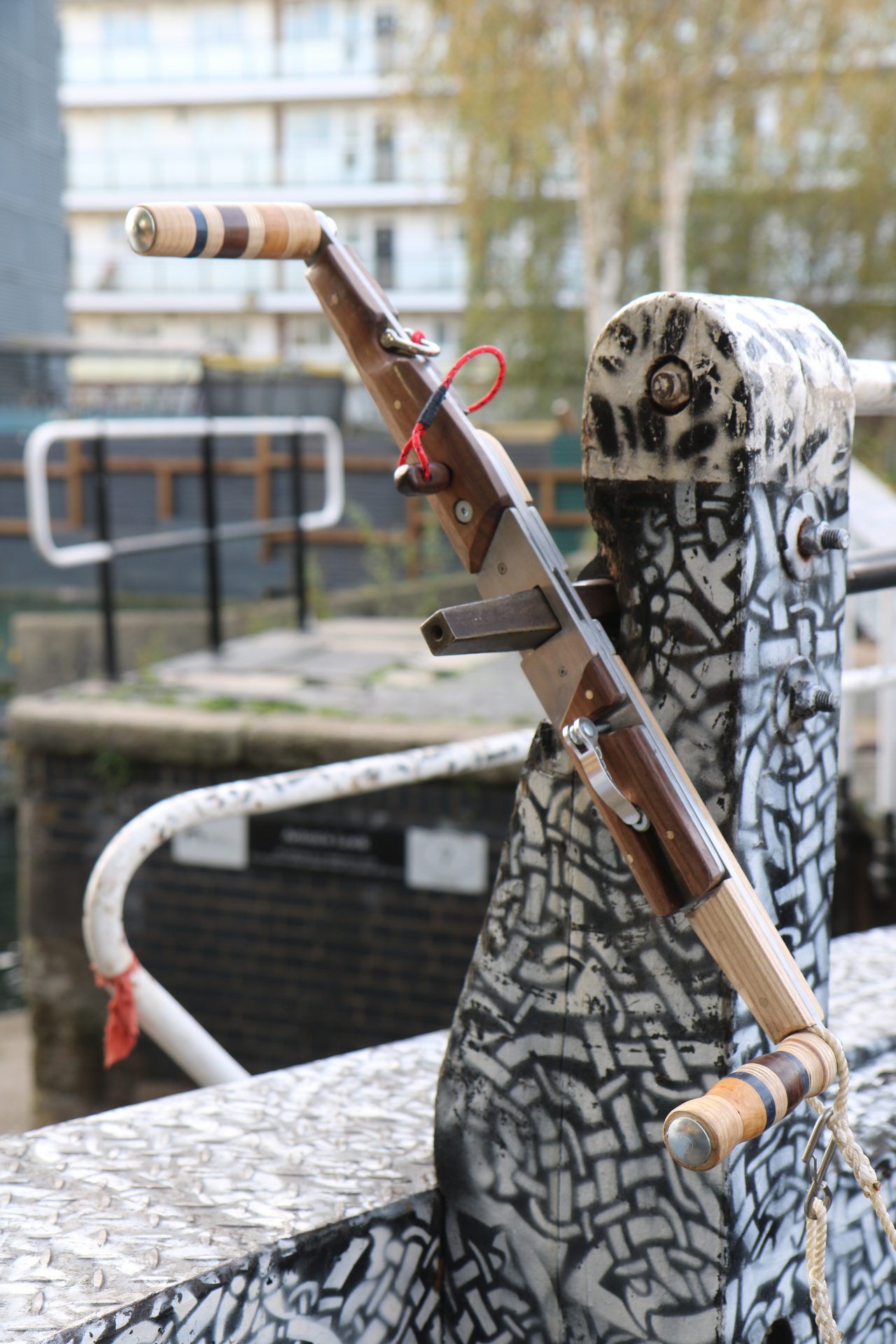 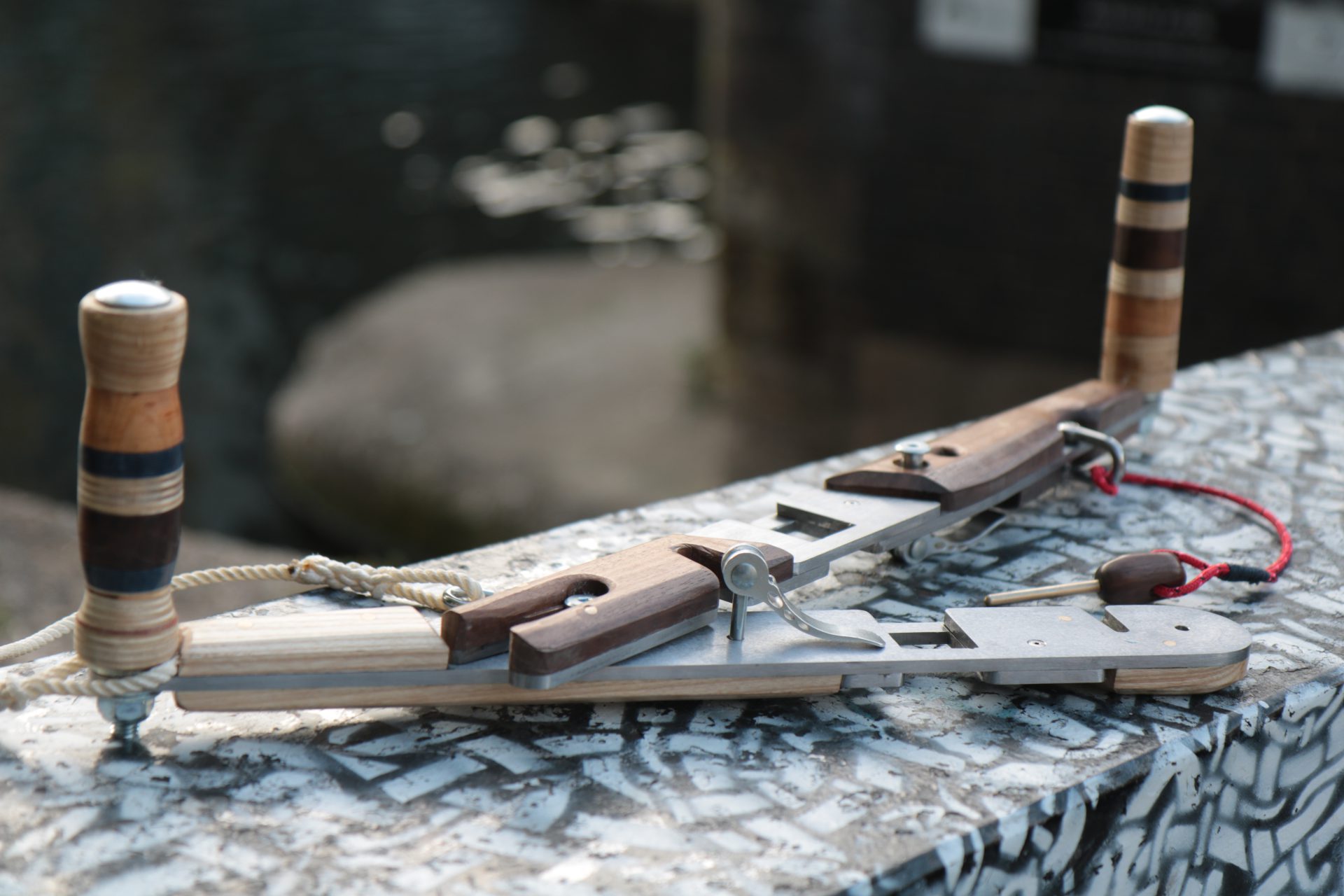 Windlass split for independant use 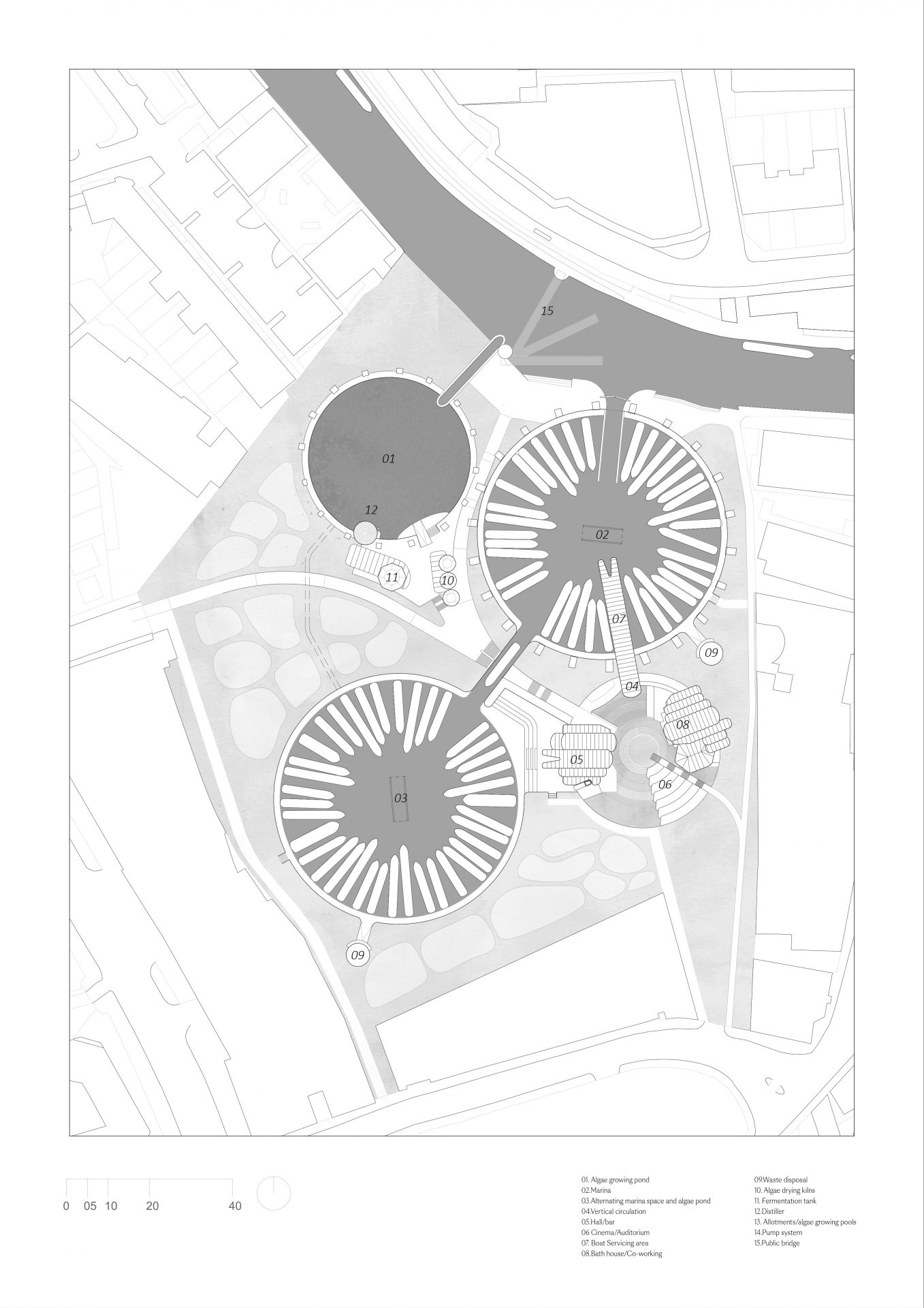 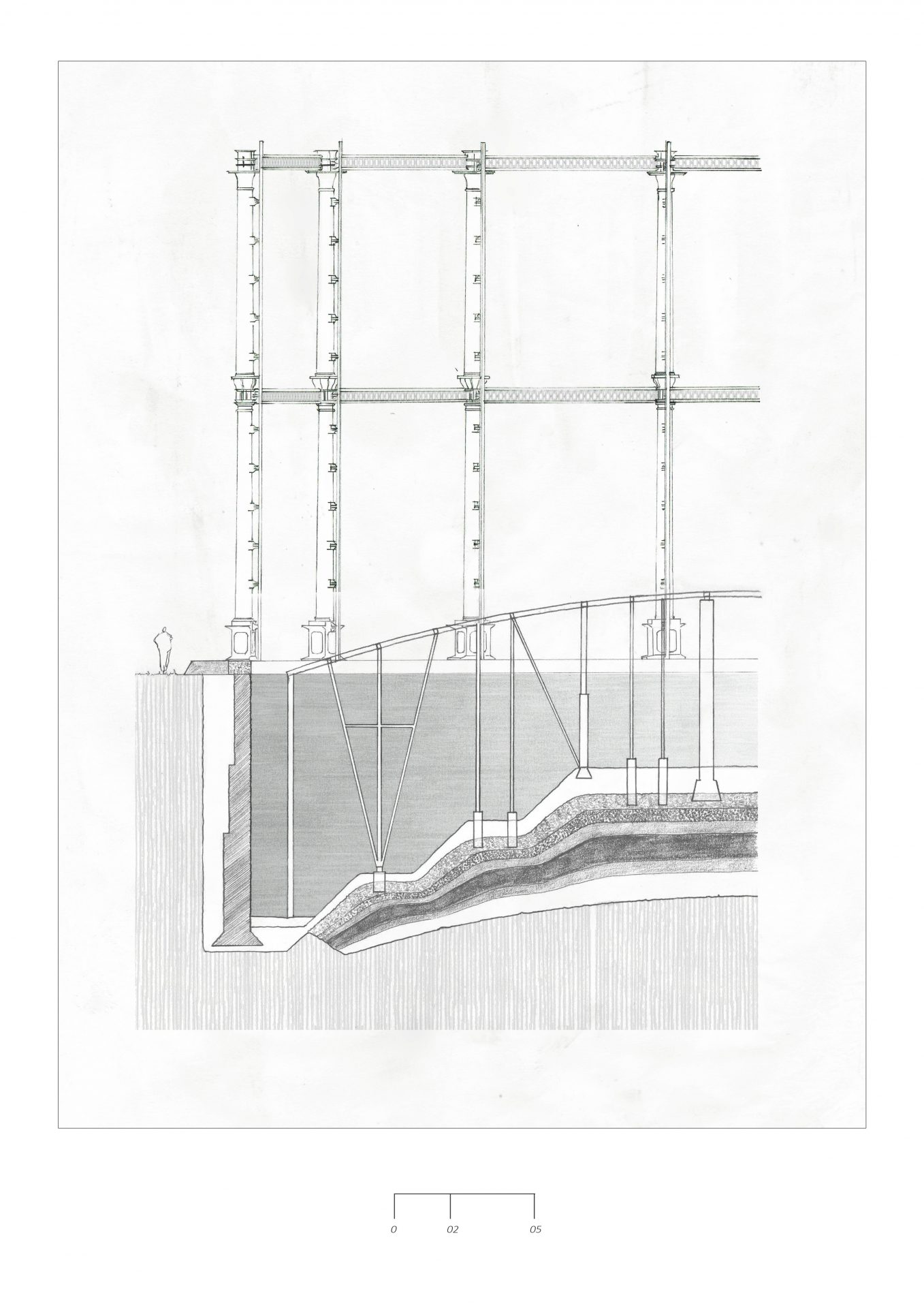 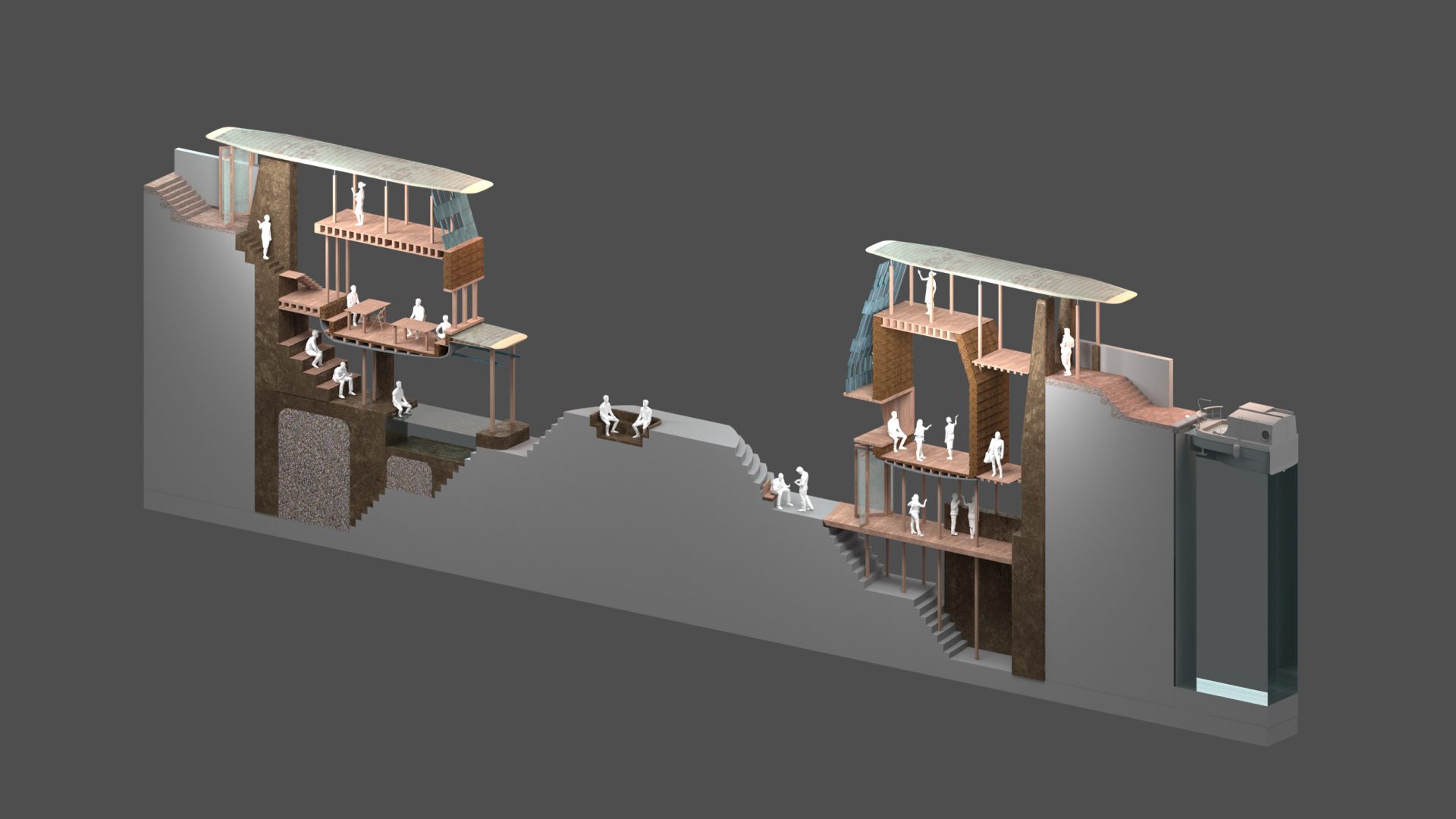 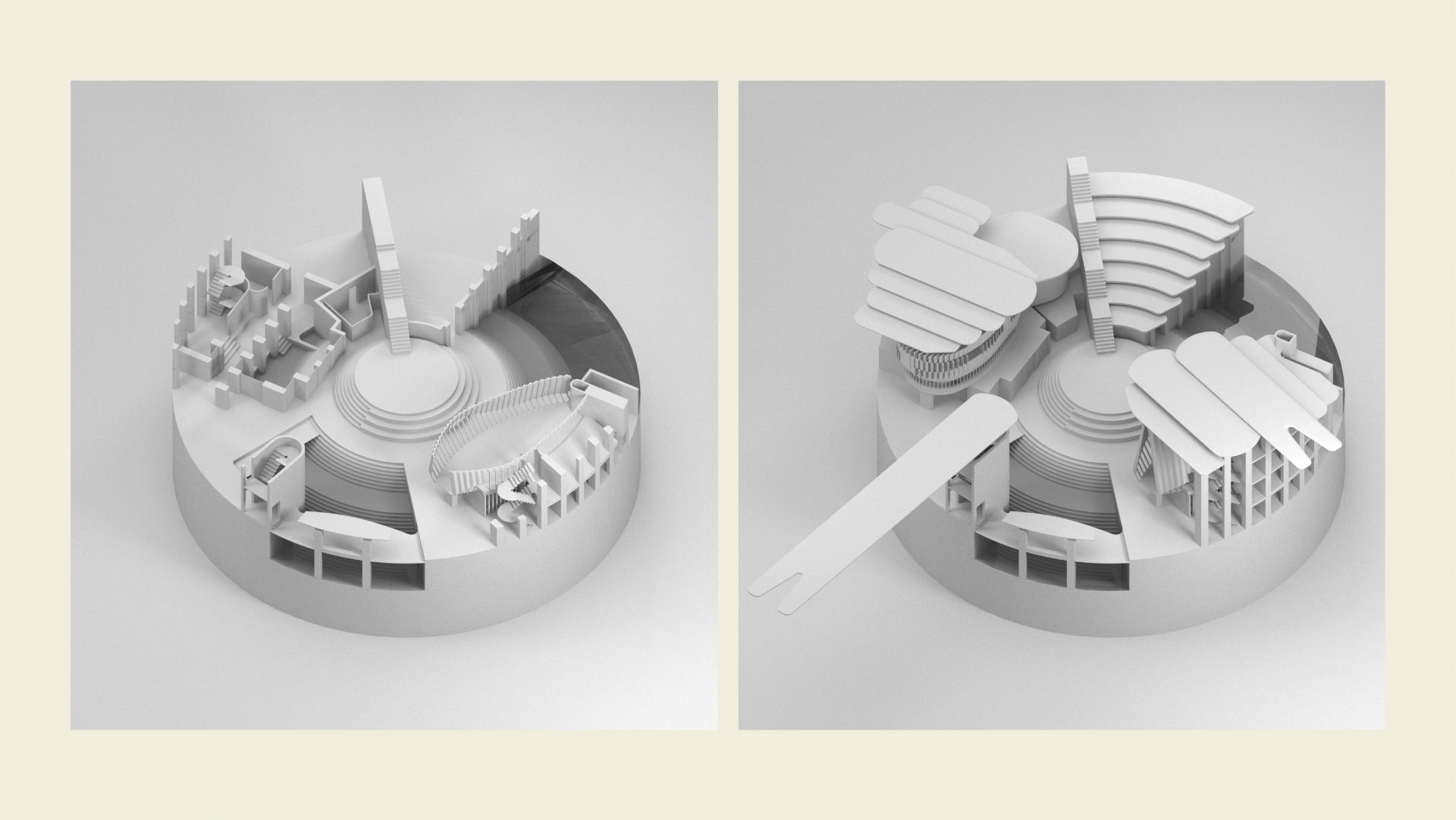 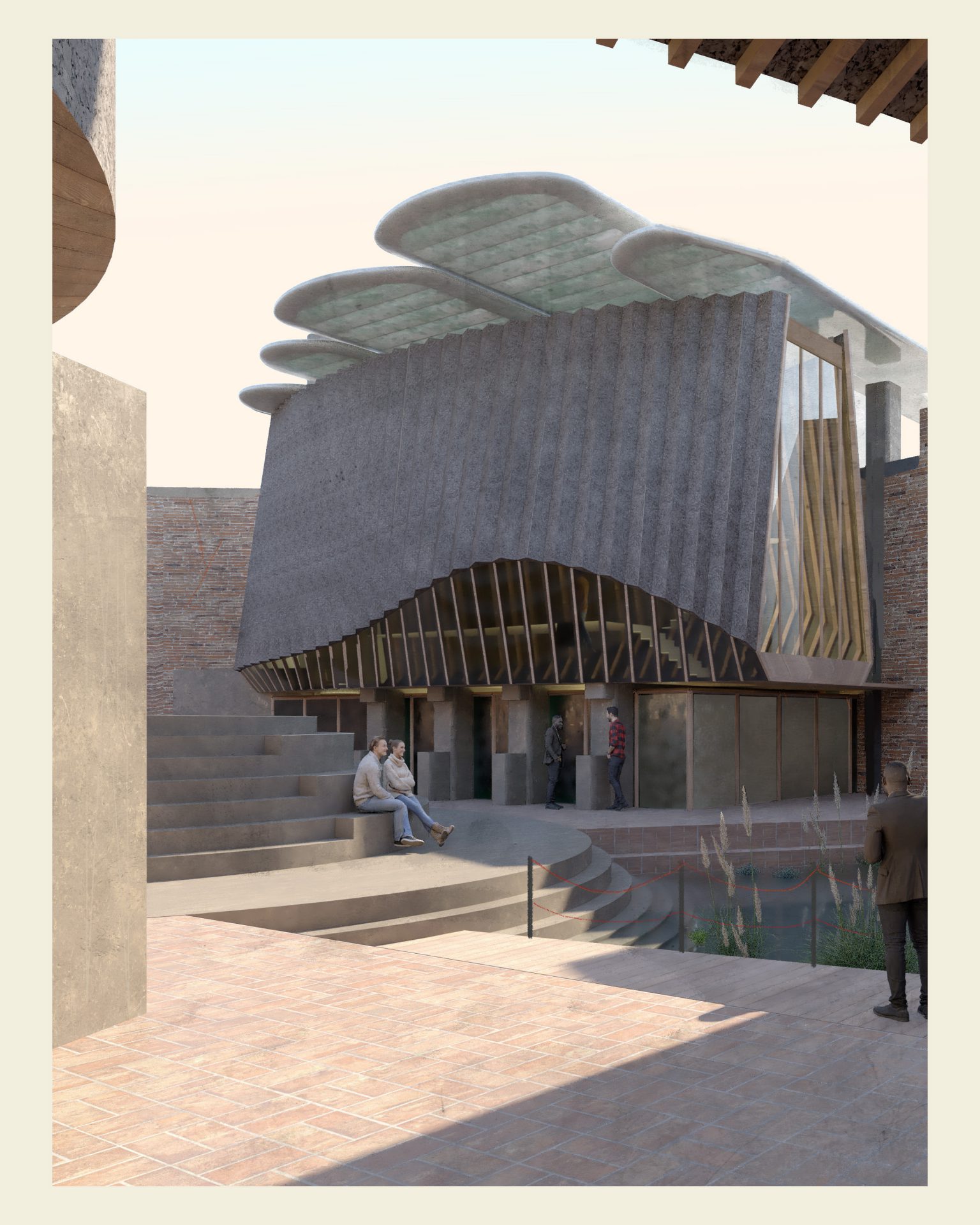 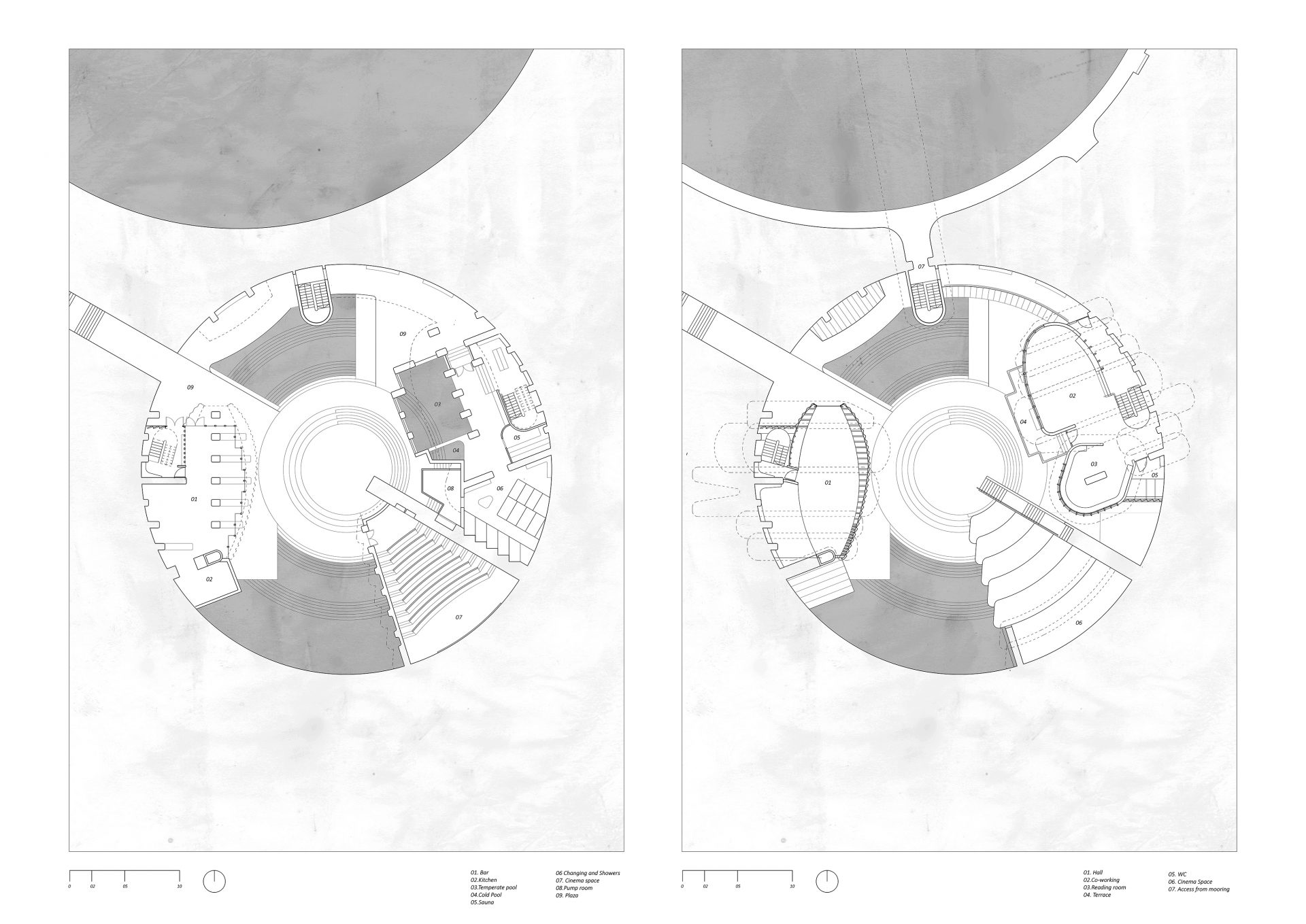 My first project re-imagines the canal lock windlass as a public tool, one that taps into the canal infrastructure on a small island on Regents Canal. I was interested in the windlass as a key with which boat users can activate the lock mechanism, having agency over their environment. With this one device they can control a large body of water changing the spatial quality on the island. This agency is rare in an urban context, and I wanted my design to reflect the grandeur of this, imagining it as a device that can be used recreationally to control the water around the island. The design can be used by two people together as well as splitting so that they can open the lock from both sides of the canal independently. My main project explores alternative ‘energy’ for Bethnal Green gasholders, celebrating and protecting the existing voids within the gasholder superstructure. The proposal incorporates the existing water filled basins below the gasholders as mooring facilities, providing much needed space for canal boats in London as well pools for algae farming. The two programs expand and contract between the basins over the course of the year, coinciding with higher temperatures for algae growth in summer and increased demand for permanent mooring in winter. The algae production continues the site’s history surrounding gas and energy, providing biofuel for the canal boats as well as releasing oxygen into the voids above. Social and bathing facilities inhabit an empty basin where buttresses support the basin walls as well as the new architectural volumes. These are protected by lightweight monocoque canopies composed of timber elements and an algae-based plastic produced on site.