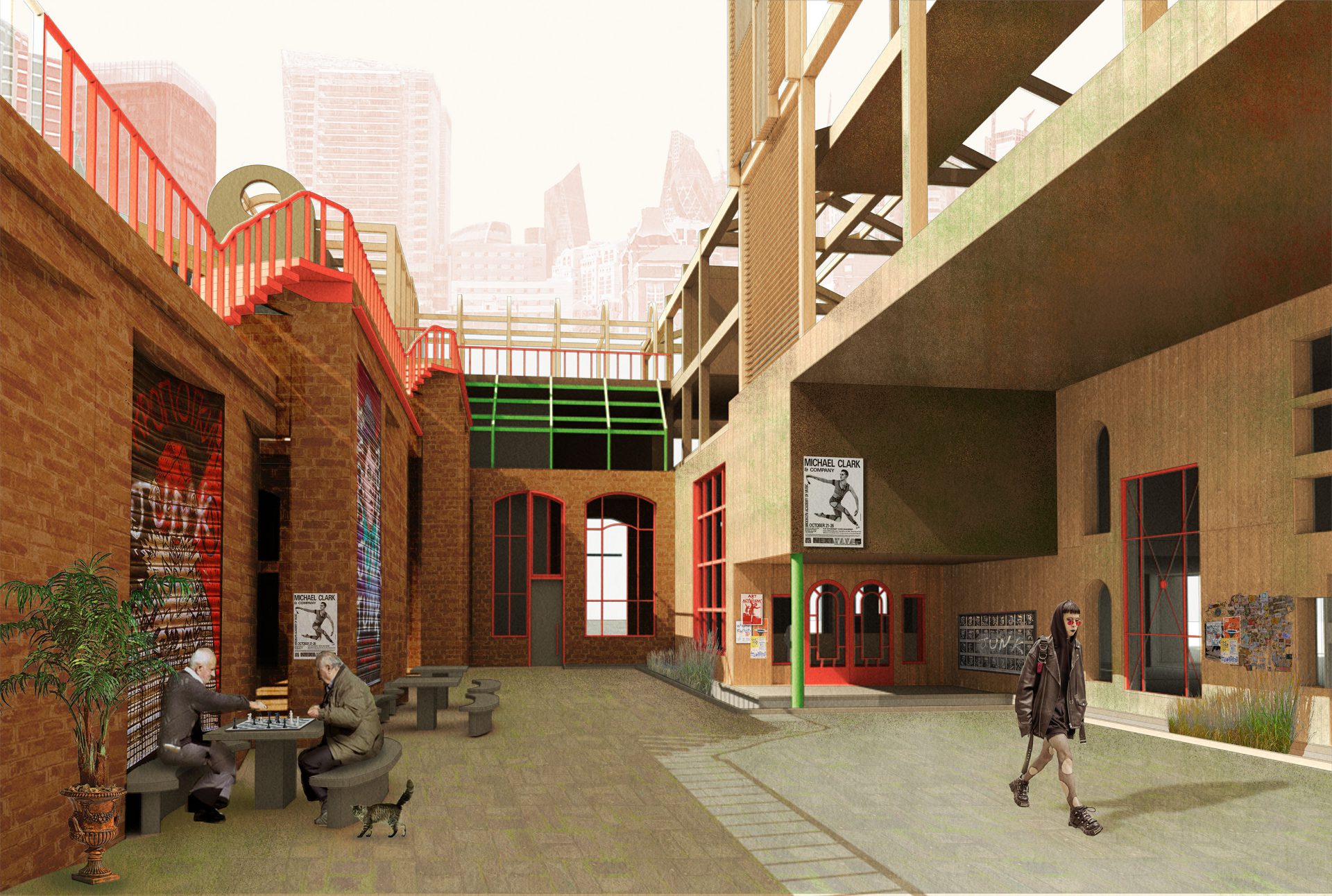 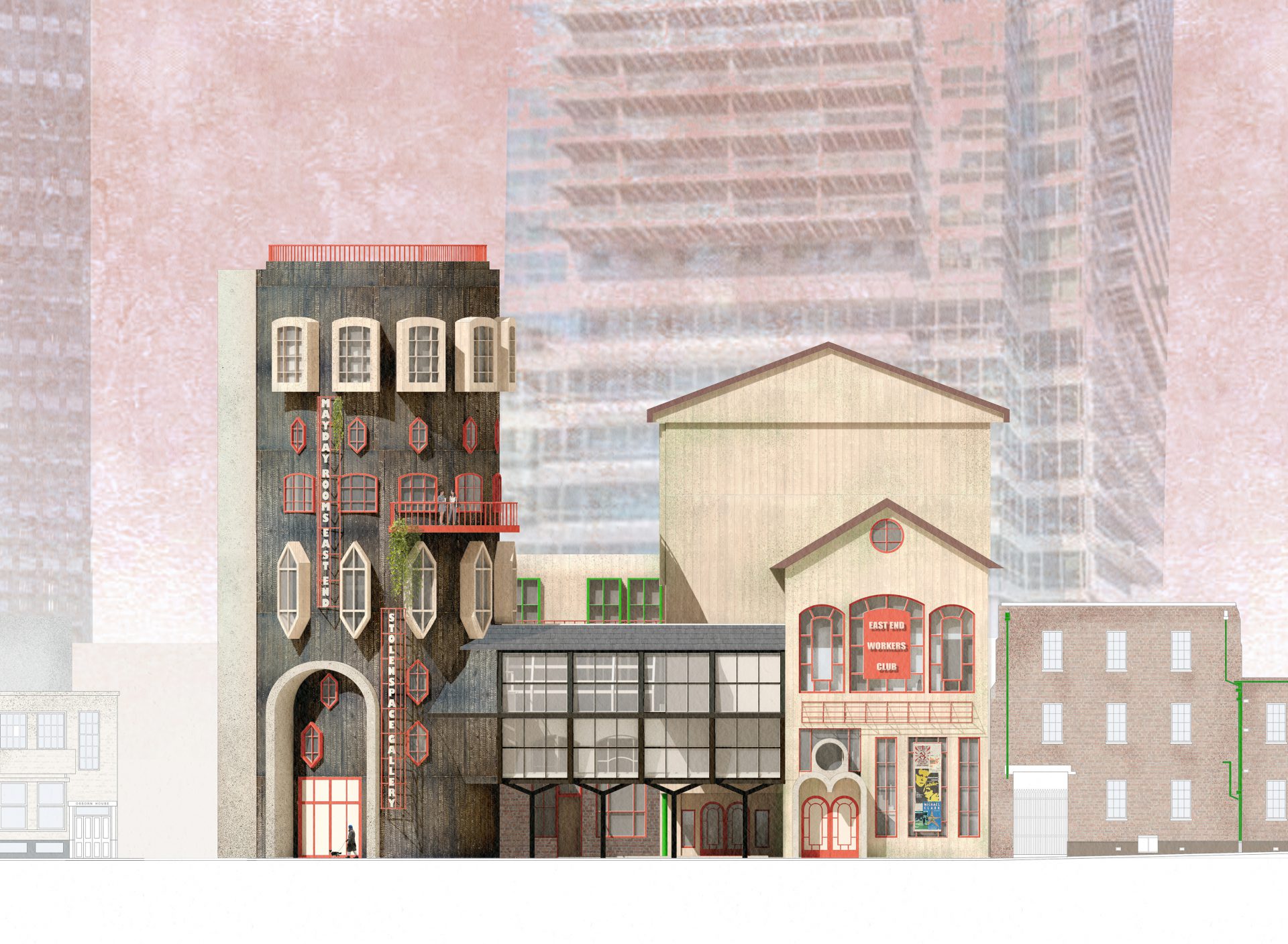 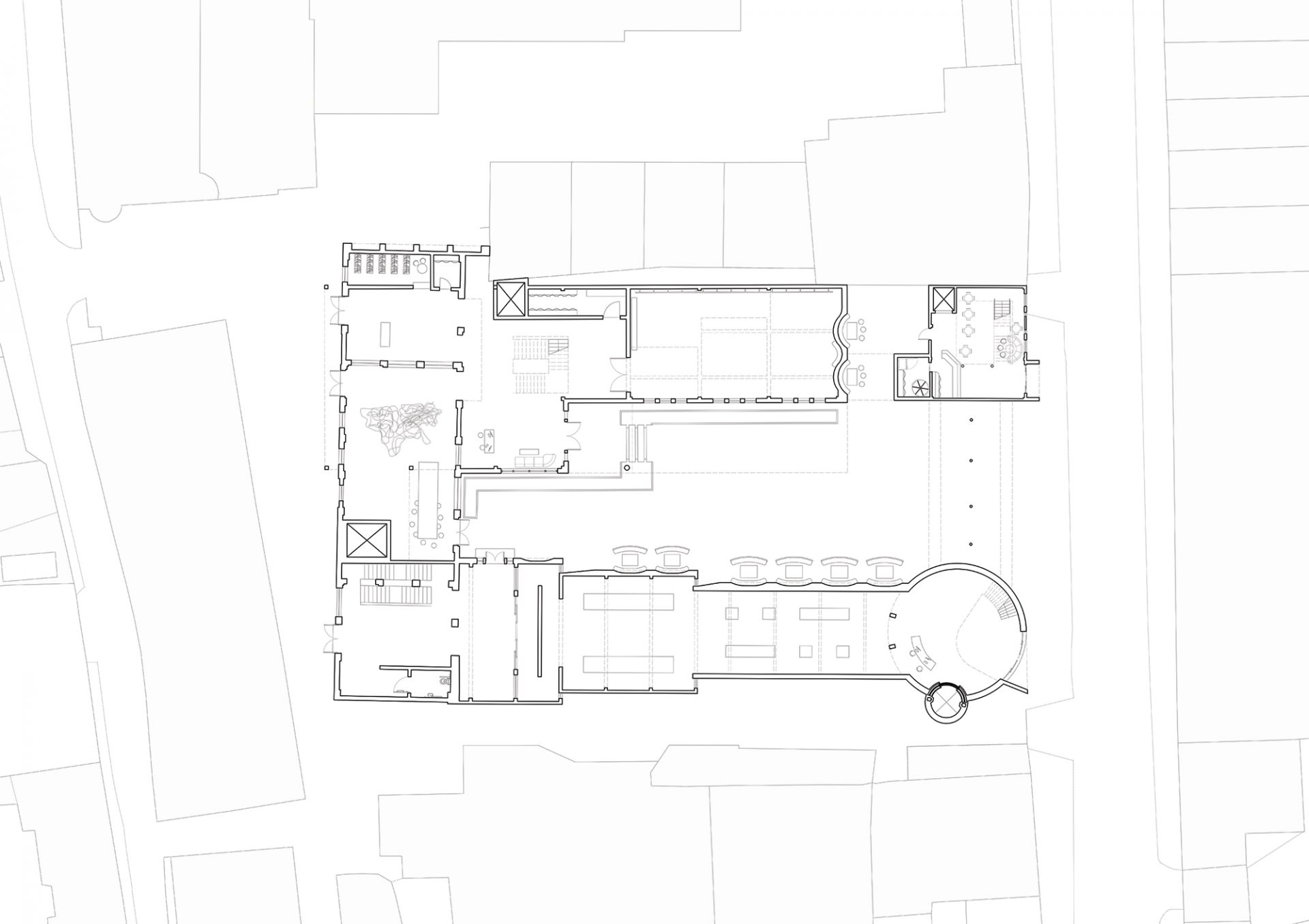 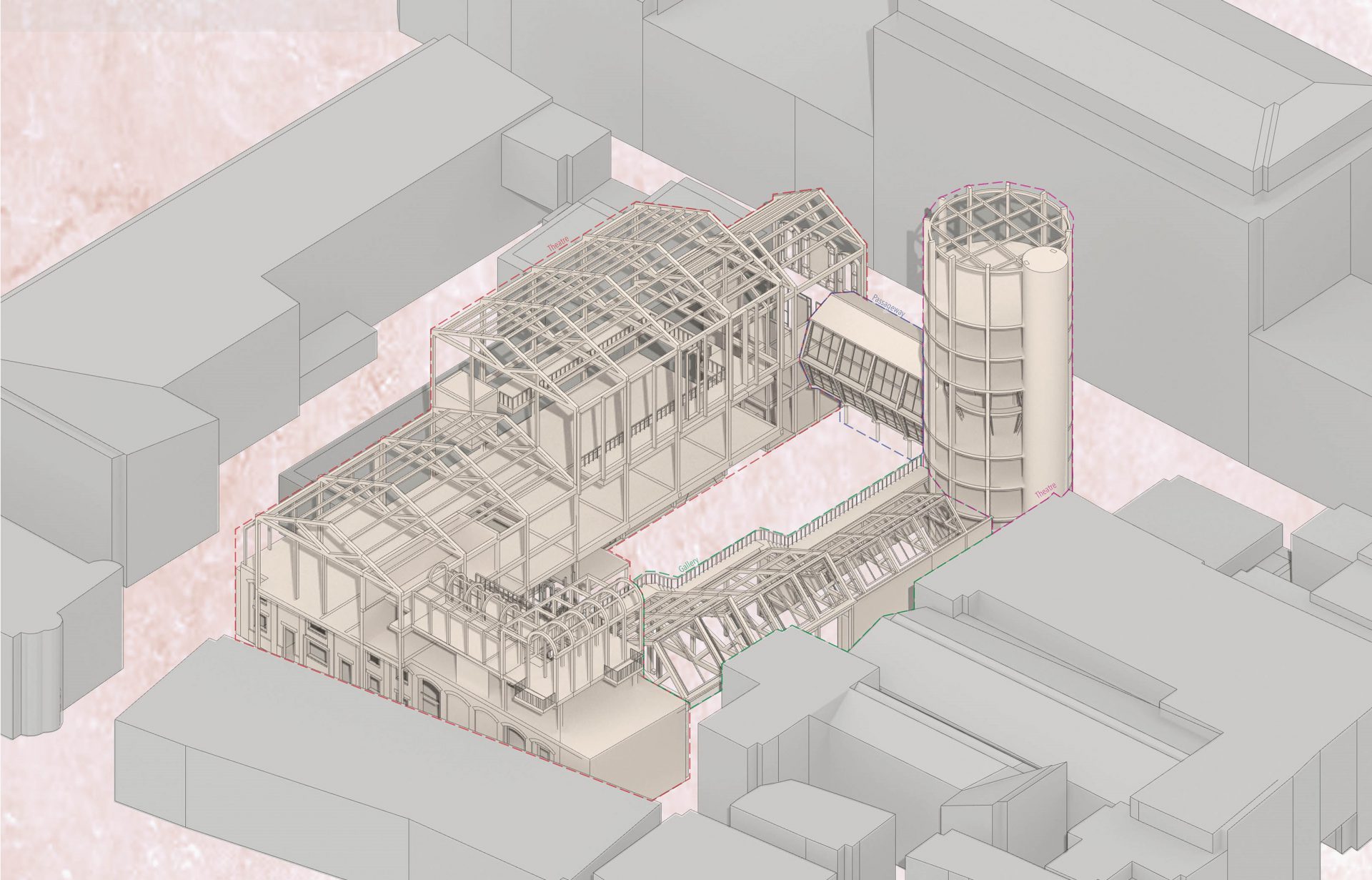 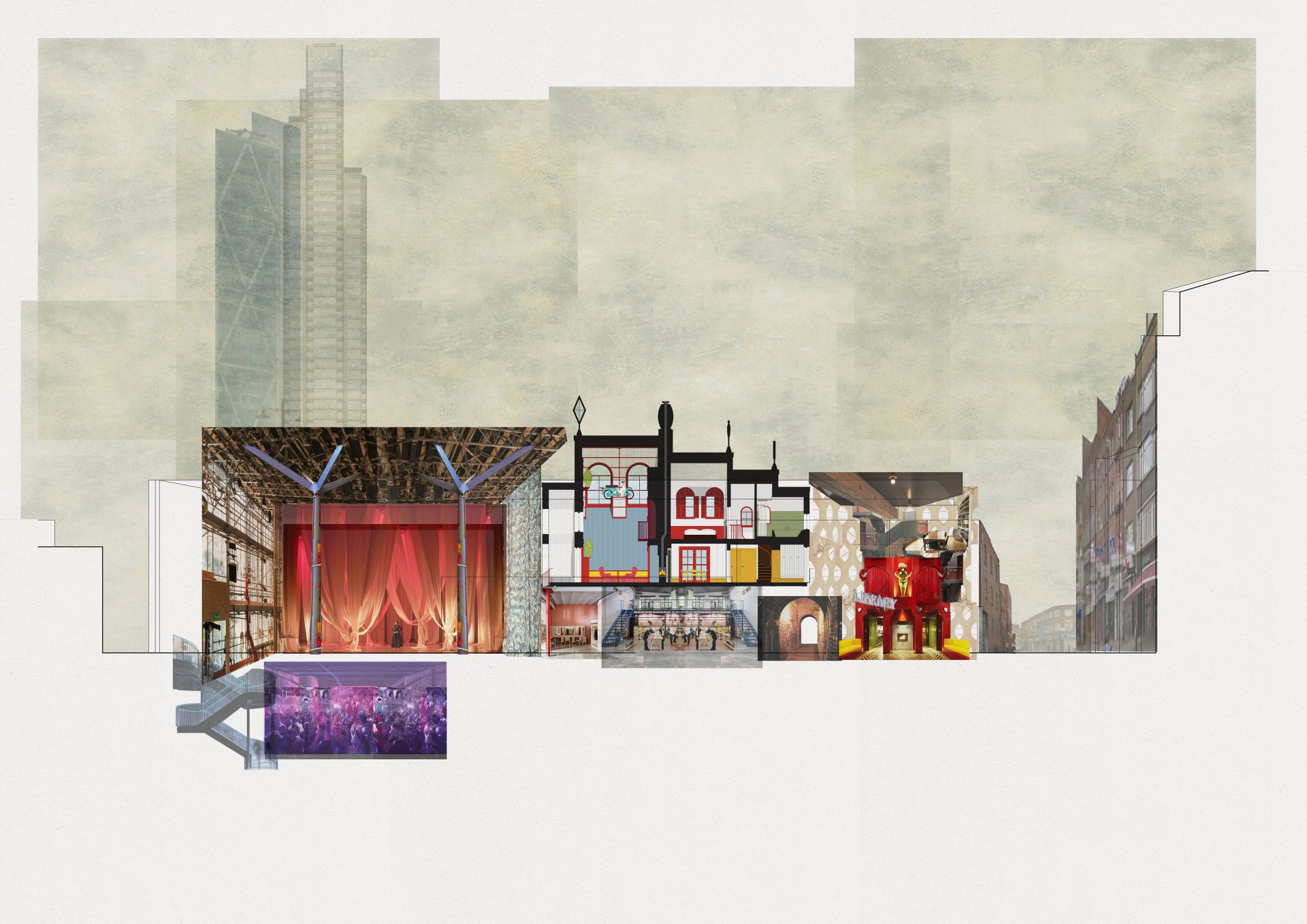 Based on Alexander Deineka’s illustration of the typical workers clubs in the early years of the Soviet Union, East End Workers Club creates spaces of informal gathering, entertainment and debate for low income families in Whitechapel. As the area around Brick Lane is becoming a party destination for middle class Londoners and tourists, working class clubs and pubs are either being forced to close down as they stand in the way of profitable developments or they drive up prices to appeal to a wealthier demographic. Based on author Anatole Kopp’s analysis of the program of a workers club, the space will encourage informal congregation between members of the local community in order to facilitate the growth of class consciousness and create spaces necessary for debate and efficientization of the fight against the entities driving them out of their community. The Workers Club is a readaptation in program, spatial politics and strategic design of the Constructivist theory of the Social Condenser.