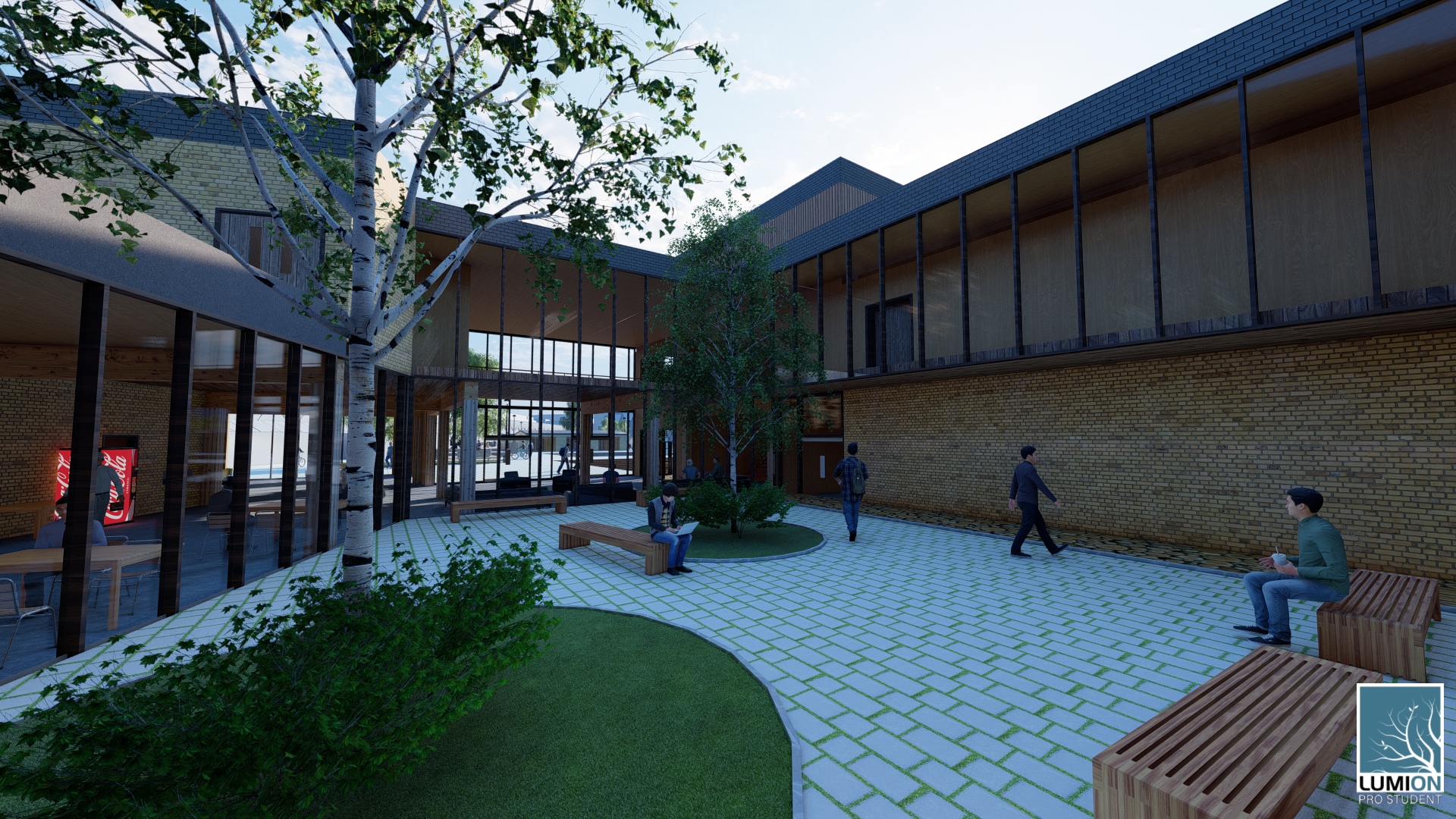 View of the courtyard 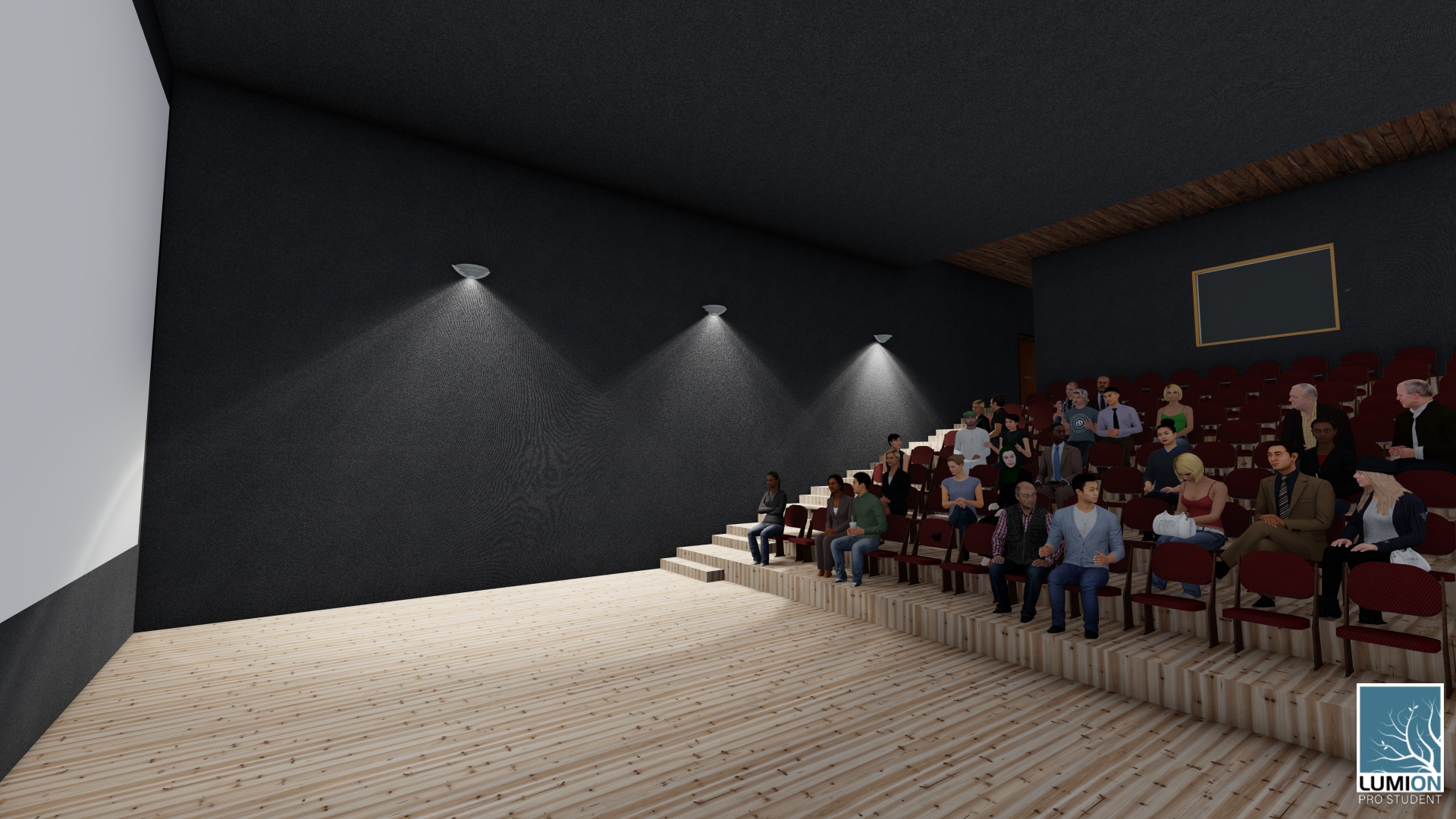 View of the internal cinema 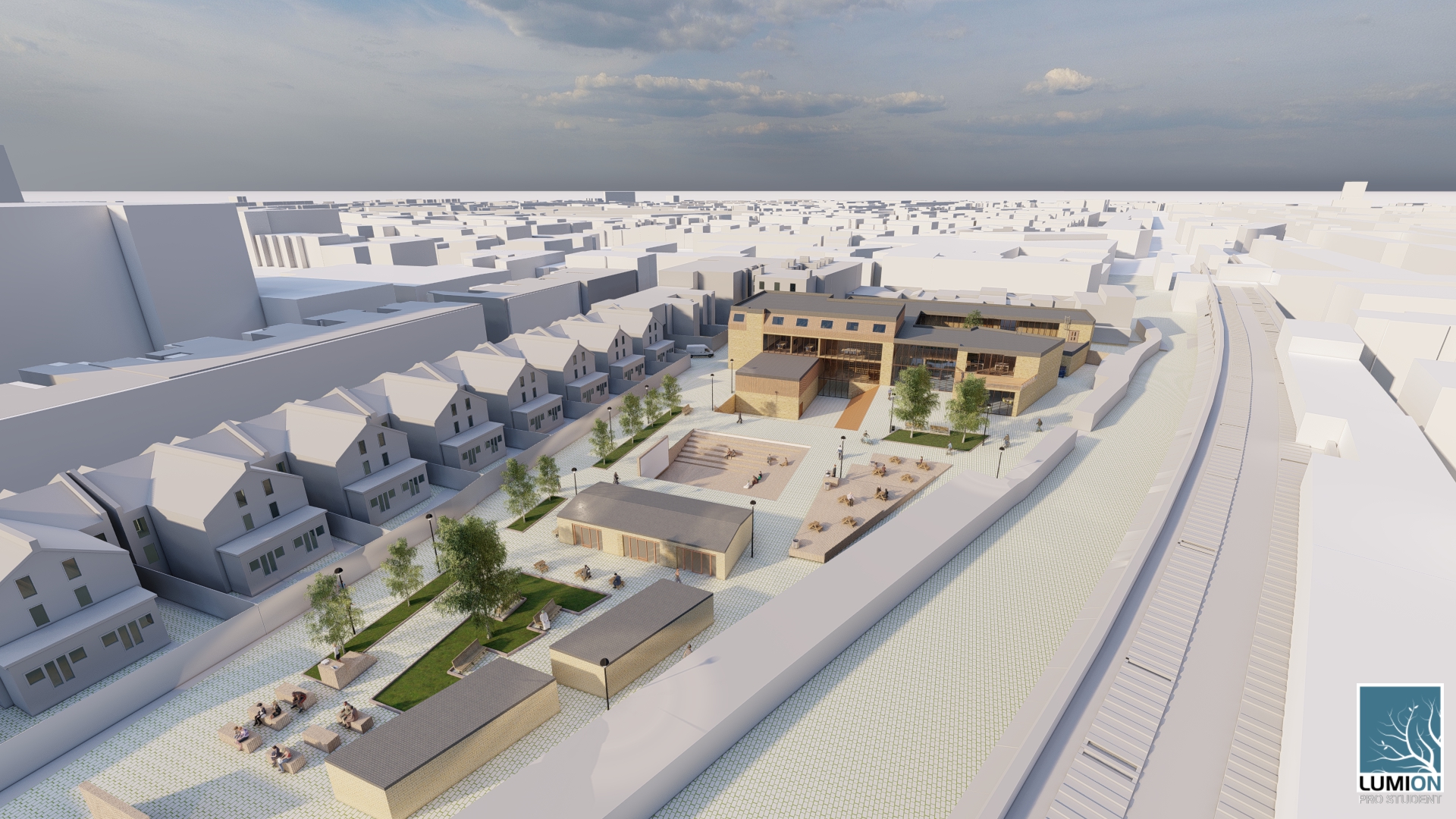 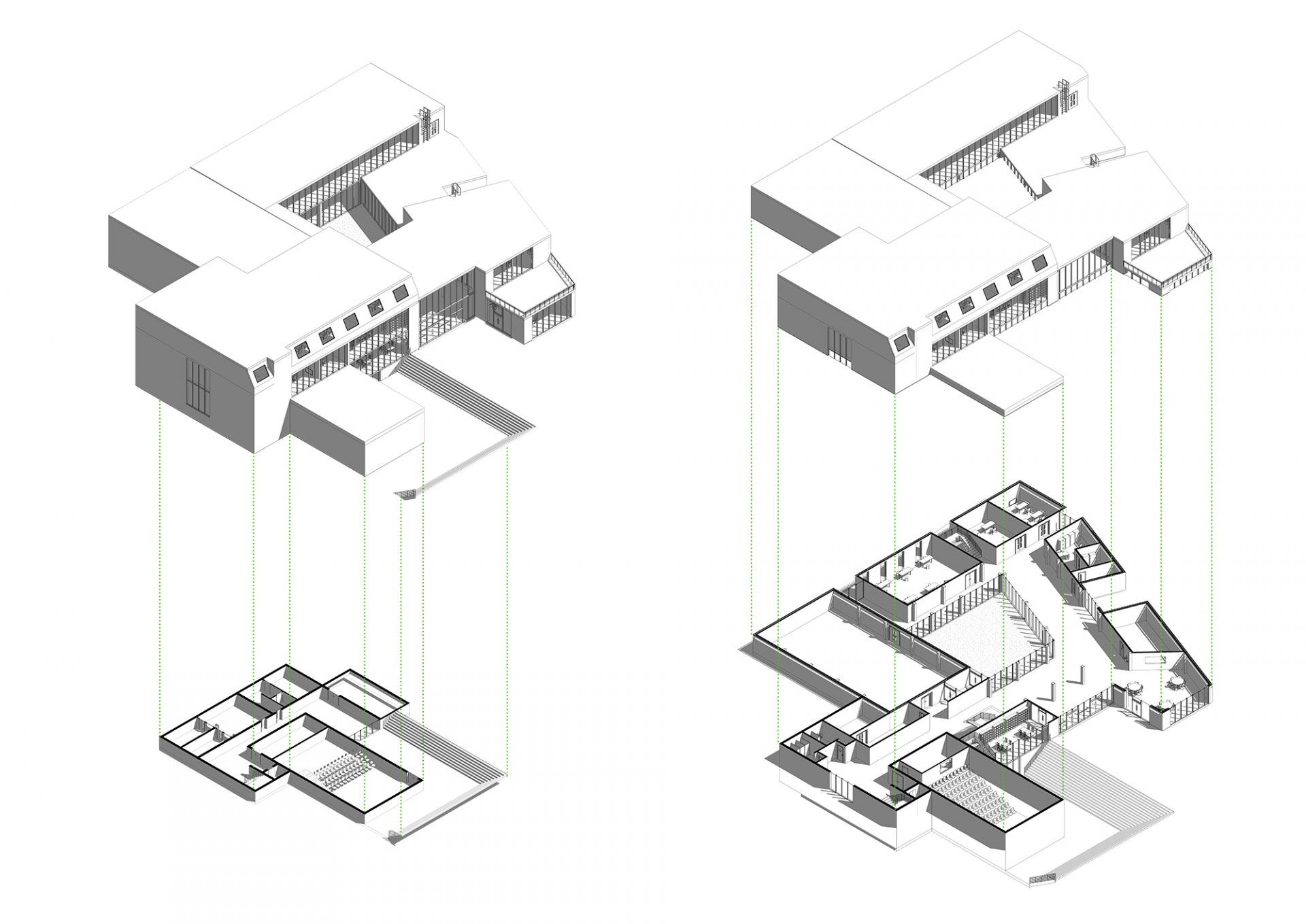 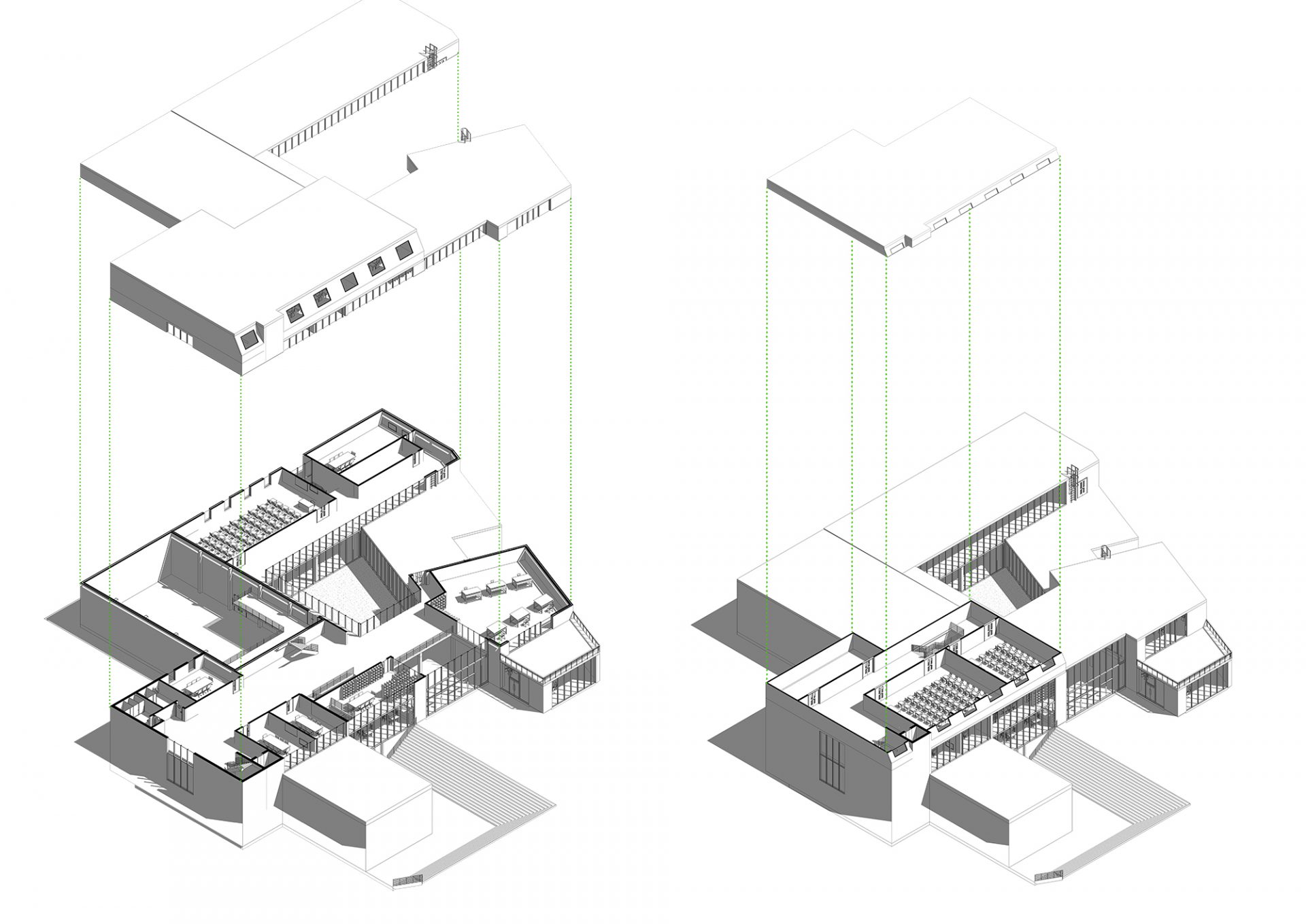 The project focuses on the film history of the site, paying homage to variety of theatres and cinemas around it including former BBC Studios. The building itself functions as a school where students learn about the cinematic industry by creating their own films and presenting them to wider audience during the event occurring every year on the site. They are displayed both inside the cinema within the building as well as on in the open-air cinemas built in the plaza in front of the school. The students have access to all the necessary spaces and equipment needed to create their own films including a soundstage, production rooms and recording studios as well as more conventional spaces for learning such as lecture halls, library, and study rooms.